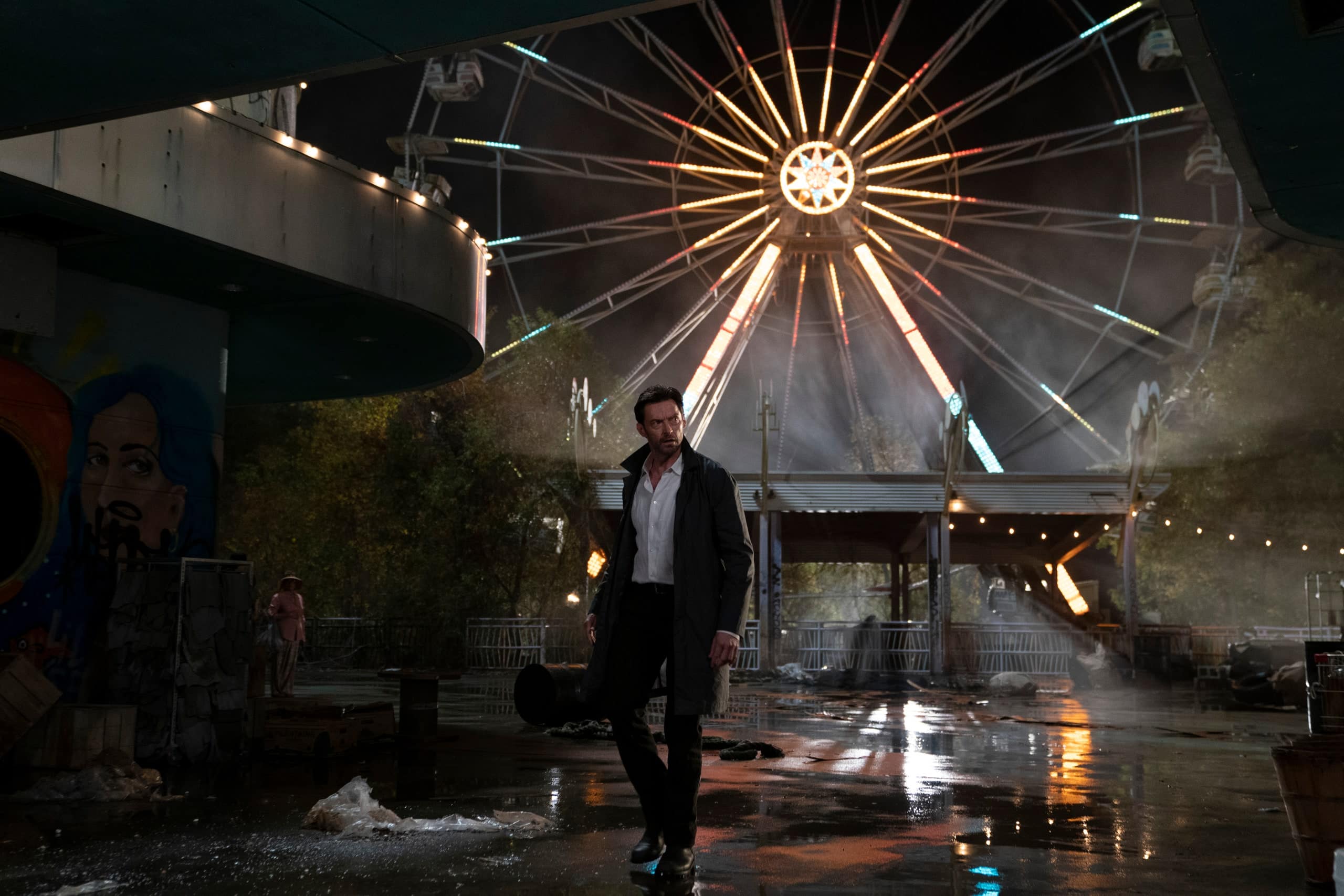 In Reminiscence, we meet a flooded world obsessed with its past and choking on mistakes it prefers to paper over rather than confront. Perhaps this sounds familiar?

Reminiscence certainly hopes it does. It wants its setting to evoke depth. To show us how clever and thoughtful it is. It wants us to notice that it isn’t really about the future, but rather about right this second.

Sadly, it holds itself in higher regard than it ever earns.

Reminiscence Can Only Manage to Echo Past, Better Films

Like most of its characters, Reminiscence seems fixated on the past, on repackaging and reliving better films. In the relationship between Nick Bannister (Hugh Jackman)—the memory vendor now hooked on his own supply–and Watts (Thandie Newton)—his kick-ass right-hand woman with feelings—one can’t help but detect an air of Strange Days.

The noir trappings against a future city with unreliable geography evoke Dark City. The relationship between Sebastian (Mojean Aria)—the heir to a land baron’s fortune—and his mother Swati (Marina de Tavira) sets off queasy reminders of Chinatown, as does a late plot addition that tries to make the whole thing about the haves and the have nots.

One could go on ticking off neo-noirs and classic noirs, sci-fi mash-ups and action shoot-em-ups for three paragraphs and still not account for everything Reminiscence is recycling. Worse, it is all a joyless series of box-checking. This isn’t a sub-Tarantino exercise in genre love and homage; it is a bland march through almost two hours of running time.

Possibly no single moment better captures the spirit of the movie than when Jackman catches his first glimpse of femme fatale Mae’s (Rebecca Ferguson) memories. What should be a look of lust and awe instead twists Jackman’s face into one of slight discomfort. And so it is throughout, Reminiscence reaching for big points, for high emotion, and leaving its audience disappointed and vaguely uncomfortable.

To be fair, it isn’t all bad. Ferguson was absolutely born to be a noir femme fatale. She sells her draw so wonderfully that you know you’d fool yourself before she even suggests it. Where she truly excels, though, are the moments she gets to be deliciously amoral and nasty.

Hours later, it remains unclear if what Daniel Wu does as New Orleans drug kingpin Saint Joe is good, per se. However, it does stand out and jump with the kind of off-kilter energy no one else has bothered bringing to the film. With both Jackman and Newton deciding to lock their performances firmly in “stoic” mode, Wu bringing some wild-eyed swagger to the proceedings at least makes you sit up a bit.

Director Lisa Joy and Director of Photography Paul Cameron can also compose some striking images. They drench the film in a dream-like haze that fits well with the film’s slippery grasp on the present. When the film uses color, the jewel tones pop in a way that is both undeniably attractive and very clearly evokes danger. Unfortunately, Lisa Joy, the screenwriter, too often lets down Lisa Joy, the director.

Alas, two performances and a good eye can’t overcome the mound of rehashed grey Reminiscence has built itself on. Skip the echoes it offers and go to the originals. If you’re going to take a trip down memory lane anyway, better just to cut right to the good stuff.

Reminiscence is in theaters and streaming on HBO Max.

This isn’t a sub-Tarantino exercise in genre love and homage; it is a bland march through almost two hours of running time.