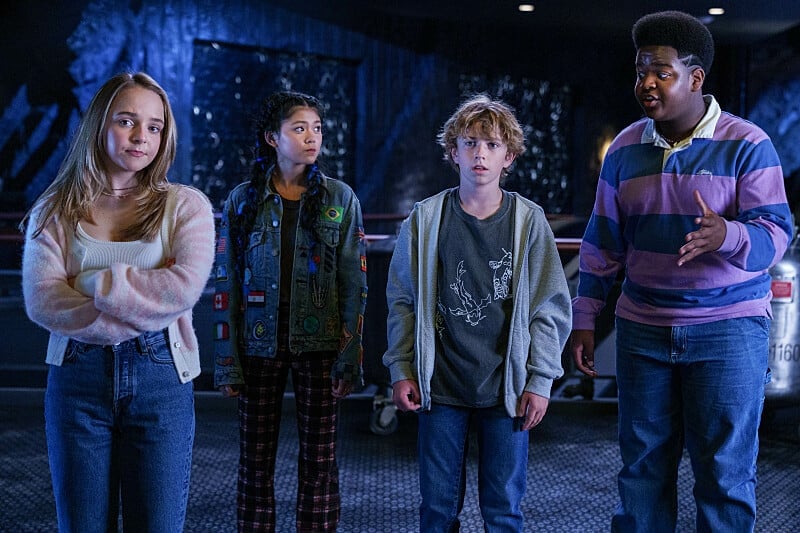 Secret Headquarters might seem like an action-filled superhero movie, and it is, but it is so much more than that. With an incredible cast, hilarious comedic relief, and a lot of important life lessons to learn, this is one that the whole family can enjoy together.

It starts off just like any other superhero flick, with a superhero origin story. This is done briefly, with just enough information for the audience to understand what happens while not dragging out the movie. Doing this allows the plot to move forward quickly and keep the pacing going so that no one gets bored. Viewers are told exactly what they need to know to understand, and then we jump years into the future where the real story happens.

Secret Headquarters is about a young boy named Charlie (Walker Scobell) whose parents get divorced because his father (Owen Wilson) suddenly stops being there for the family. Charlie just assumes his dad is a horrible dad, but soon he discovers, alongside his friends, that his father has been keeping a secret. There is a secret superhero lair hidden under his dad’s house – one that belongs to the world’s greatest superhero, The Guard. When villains attack, it is up to the kids to protect the lair – and the world! What follows is a really fun, action-packed movie, that is perfect for families to cuddle up on the couch and watch with a big bowl of popcorn.

Walker Scobell, coming off the popular film The Adam Project with Ryan Reynolds, proves once again that he is a force to be reckoned with. This kid is going to be a star. He holds his own against several well-seasoned comedic actors, including Owen Wilson. They aren’t on screen together a lot but when they are, it is Scobell everyone will be looking at. Not only does he have perfect comedic timing, but he also has on-screen chemistry with every actor he works alongside. There are five kid actors at the forefront of this movie, with Walker rightfully being the lead.

His relationship with each and every one of them is believable and relatable, including with his best friend Berger (Keith L. Williams). These two clearly had the time of their lives filming this movie, as did the rest of the kids. There are a lot of action sequences and big battle scenes filled with exciting gadgets, and these actors perfectly portrayed the excitement of kids getting to play around with them.

The biggest issue with this movie is that the stakes don’t feel all that high. There isn’t a big risk here because considering it is a family-friendly movie, we all know the kids are going to survive. That doesn’t mean there won’t be some deaths or injuries because there will be. However, there is no real threat to any of the main characters and that takes away from the story a bit. Still, it is an absolute blast to watch it all play out.

Younger audiences will easily relate to Secret Headquarters and enjoy it for what it is – a superhero movie for families. Older viewers will be entertained enough, however, there are some jokes that are quite childish and miss the mark for adults. They might be rolling their eyes at some lines, but the kids will be cracking up – and isn’t that all that matters?

When it comes to the plot, yes, it is quite predictable. For the most part, it is obvious how things are going to play out, right down to when and how certain gadgets will be used. But that doesn’t mean it isn’t a whole lot of fun to see happen – because it is.

Probably the best part of the movie is the elaborate set design and costuming. Secret Headquarters might not be a theatrical release, but it does not skimp on the superhero elements. There are cool gadgets and jaw-dropping stunts. The VFX are not always perfect, but they accomplish what they set out to do and make for a good time.

Secret Headquarters also teaches important lessons to viewers about working together and friendship. There will almost certainly be a time that you are not getting along with those you love, whether it be a friend or family member, and this movie shows that honesty is the best policy and that you are more powerful as a team – especially up against a villain.

The Best Year for Gaming, Decided by Gamers