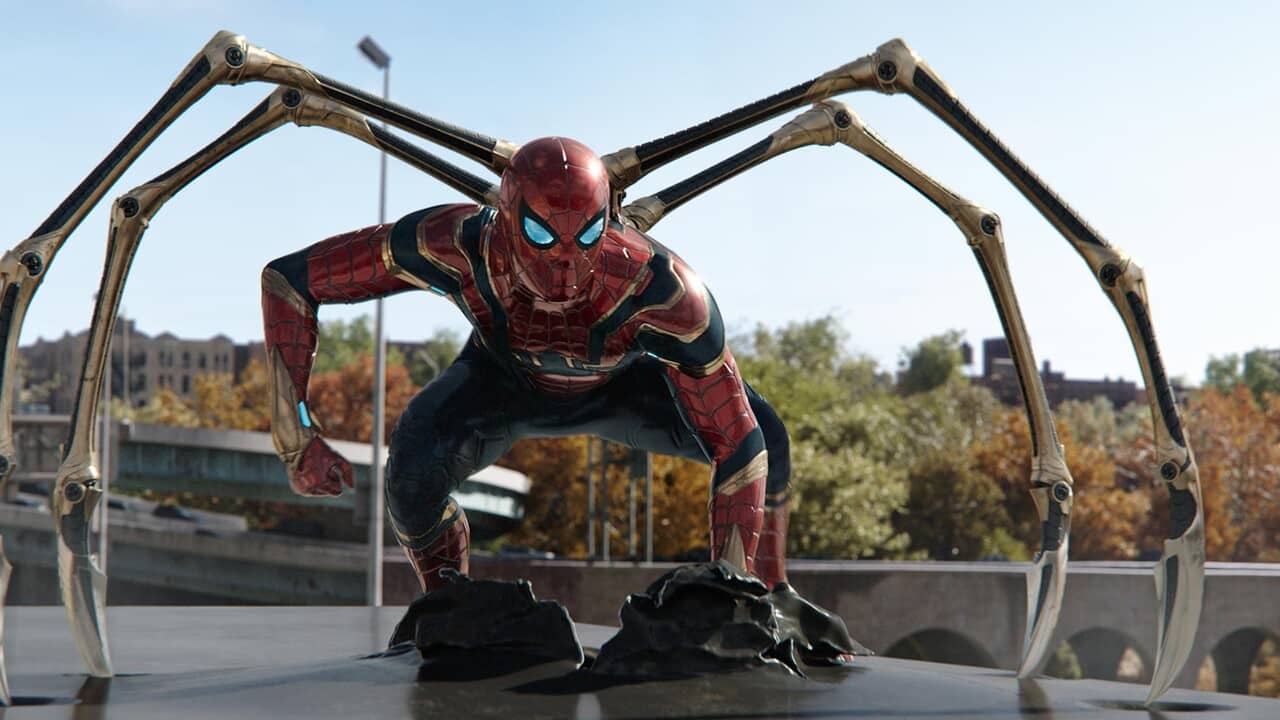 Yes, it’s a bold statement, but it’s true. Spider-Man: No Way Home is the best Spidey movie made so far. And not just in the MCU. Director Jon Watts returns after a somewhat disappointing Spider-Man: Far From Home to a more risky No Way Home, relying on some help from the past.

No Way Home picks up right where Far From Home left off. Mysterio (Jake Gyllenhall) has just revealed Peter Parker’s (Tom Holland) secret identity. As Peter returns to school and life, he realizes he’s now the most famous person in the world. With that new notoriety comes problems for his loved ones including girlfriend MJ (Zendaya), BFF Ned (Jacob Batalon), and his Aunt May (Marisa Tomei).

He’s followed by news cameras, helicopters, and paparazzi. Not everybody loved your friendly neighborhood Spider-Man. People blamed Peter for Mysterio’s death, and this controversy also led to rejections to numerous colleges for him and his friends, putting their futures at risk. Desperate to help MJ and Ned, Peter goes to Doctor Strange and asks him to perform a spell to make the world forget he is Spider-Man.

However, with this plan comes consequences, once Peter remembers that, well, maybe not everyone should forget he’s Spider-Man, and the spell goes wrong. It opens a portal into the multiverse (watch Spider-Man Into the Spider-Verse before No Way Home) where everyone who knew Peter Parker as Spider-Man can get into this world.

All kinds of villains from Peter’s past (trailers revealed some including Doc Ock (Alfred Molina), Green Goblin (William Dafoe), and Electro (Jamie Foxx)) come back to battle their foe and fan service explodes. However, it’s not just gratuitous fanservice without meaning. They all help Peter work out some of the tragic events he’s been facing and add emotional arcs for Holland. Tom Holland’s Peter Parker has matured.

This is the one where Peter grows up. One of the reasons I love Holland as Spider-Man so much, because he exemplifies the nerdy, high-schooler perfectly. His humor and antics make him believable as a kid who wants to help people. And this film doesn’t forget that while also allowing him to evolve.

At times the film can get silly with some of the storylines. You have to wonder how Doctor Strange would have let all of this get so out of hand. He’s just not that type of guy. But he makes a comment about everything they’ve been through, and just like Iron Man, he has grown a soft spot for the kid.

There is plenty of action, with battle scenes more intense than in previous films, and perhaps less kid-friendly. But the stakes have become more personal to Peter.

Spider-Man: No Way Home essentially takes all of the pieces of the Spider-Man universe, throws them in the air, and then puts the puzzle pieces together, and entices fans who entered the MCU to go back and watch previous films.

The score is fantastic, hitting those emotional high notes, and taking the audience on a wild ride. Tom Holland is at his best, and Spider-Man: No Way Home is the best Spider-Man film yet.

Spider-Man: No Way Home swings into theaters on December 17th, 2021.

Spider-Man: No Way Home essentially takes all of the pieces of the Spider-Man universe, throws them in the air, and then puts the puzzle pieces together, and entices fans who entered the MCU to go back and watch previous films.

Tania Lamb is an entertainment and travel writer and owner of LolaLambchops.com. She is a Rotten Tomatoes approved critic and a huge Marvel and Star Wars fangirl. Also a snack enthusiast, it's hard for her to resist the smell of popcorn at the movie theater, no matter how hard she tries.

How To Make Money Without a Job: 16 Epic Ways!