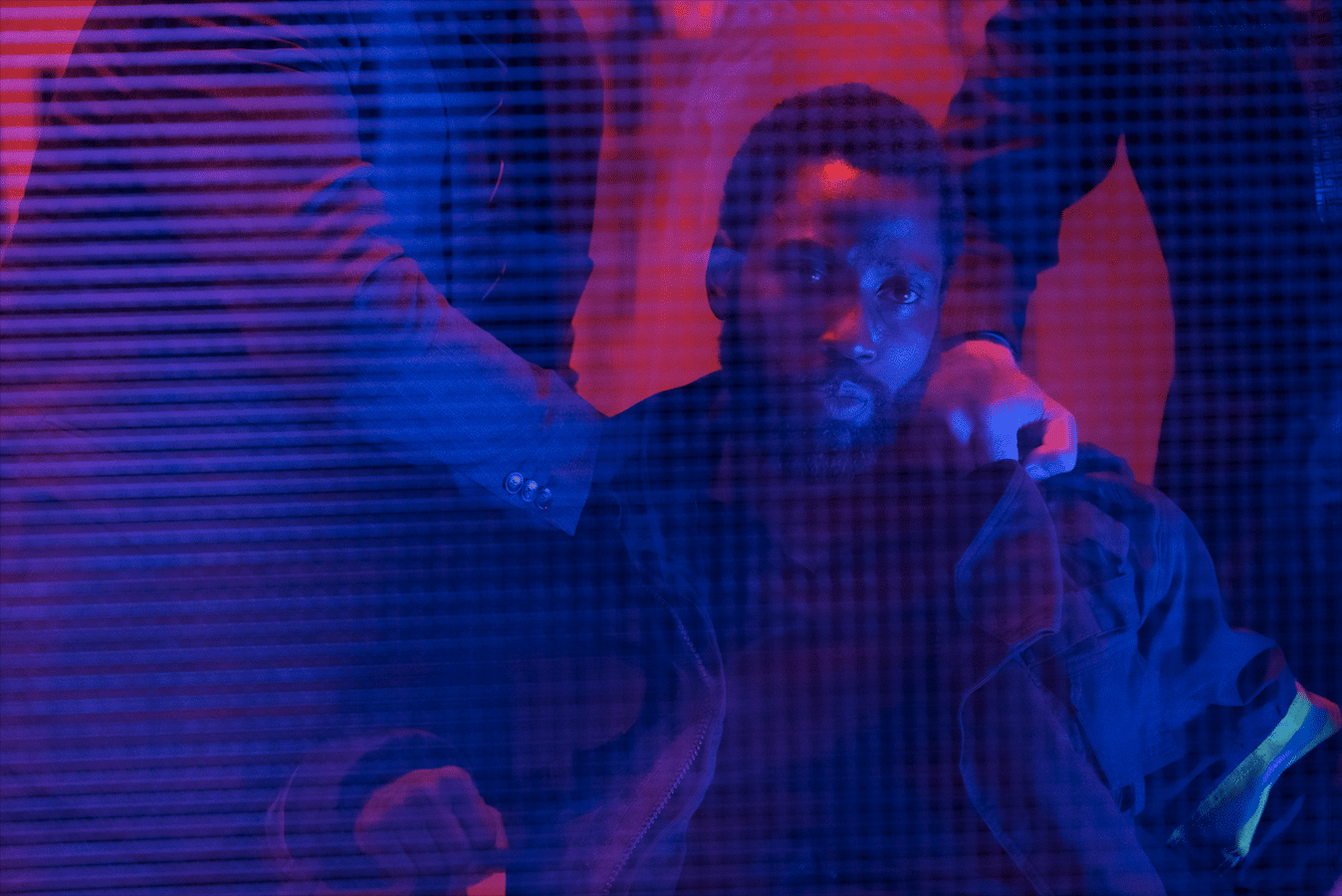 DISCLAIMER: I tried to make this review as spoiler-free as I could. I realize many people may not be able to see Tenet for a while, so if you're a moviegoer who likes to go into a film with a fresh mindset, you should avoid the following. If you don't mind reading reviews beforehand, I think this provides a taste of what the movie is about without giving all of it away.

If someone tells you they thoroughly understand Tenet after a single viewing, they're definitely lying. Christopher Nolan's latest sci-fi effort is so convoluted in its winding execution, that it makes 2010's Inception look like mere child's play by comparison. It's basically Inception on bath salts in the way it messes with your head.

I didn't even think such a thing was even possible, but to his credit, Nolan is very much aware of the insane complexity with a screenplay that has characters spouting bits of dialogue like: “Don't try to understand it” or “Does your head hurt yet?”

After months of uncertainty surrounding the movie's release amid the COVID-19 pandemic, I was able to catch the two-and-a-half hour epic at a socially distanced press screening (in a theater that can easily seat 200 people, there were about eight masked journalists in total).

My brain is still pulsing with effort as it tries to process what my eyes beheld on the screen, and I'm still on the fence about whether Tenet is an absolute sci-fi masterpiece; or a cacophony of ideas and sounds that constitute a disappointing, temporal mess. I really, really want it to be the first one, and the guy who told me it was better the second time (most of us will be lucky to see it once!) after the screening was over seems to confirm that wish.

Still, I'll be damned if I still don't really know what the title refers to.

Don't get me wrong, the film has moments of utter brilliance and visual spectacle that place it alongside Steven Spielberg's Minority Report and Rian Johnson's Looper in terms of scope, ambition, and thematic resonance. Despite the fact that they've been done to death, the concepts of time travel, paradoxes, and predestination feel excitingly new in Nolan's seasoned hands.

Like Inception, Tenet is going to inarguably inspire countless hours of debate and dissection as members of the audience try to disentangle the director's head-scratching take on time travel — a term he's dubbed “inversion.” It's not so much that you're going back in time; rather, the flow of time is being reversed around you. Or some such. That's definitely an oversimplification, but I can't say more without going into spoiler territory (if I told you, I'd probably have to kill you). Suffice it to say, inversion can be used in a number of advantageous ways.

Things only get more insane from there, but if you've seen the trailers and other marketing materials, you already have a surface-level understanding of inversion, which leads to some nifty visuals like backwards flying bullets and bizarre fight choreography. People and objects don't just teleport to a point in the past, they literally and visually move backwards against the forward flow of time, as if it were a wintry gale. It made me realize that playing around with iMovie's reverse effect in high school wasn't a total waste of time. Even in a $200 million blockbuster, the simple optical trick of flipping a simple action is cool as all hell.

From the word “GO,” Tenet grabs you by the collar with a stunner of an action set piece that unfolds at a Ukrainian opera house. Transporting you back to the bank heist sequence at the start of Nolan's The Dark Knight, the suspenseful opener (goaded on by and Ludwig Göransson's heart-thumping and experimental score that is the sonic equivalent of a ticking time bomb) immediately makes the case for why movie theaters need to exist.

Now, don't take that as an endorsement for you all to rush to your nearest AMC, Regal, or Alamo Drafthouse location. I'm merely stating that in more normal times, nothing beats the immersive theatrical experience. After not attending a theater since early March, I forgot just how loud surround sound can be.

Nolan's commitment to preserving traditional rollouts is right on the money, and it just totally sucks that his biggest project ever had to be slated for release in a year that saw the rise of a global health crisis that makes it impossible to host communal experiences.

Allowing Nolan to indulge in his love for James Bond, Tenet is, at its core, a spy story. John David Washington (BlacKkKlansman) gives another intense and charismatic performance as a cool-as-a-cucumber/tough-as-nails/ass-kicking CIA agent tasked with preventing the end of the world, which, if you hadn't noticed, is a rather touchy subject these days. Something worse than nuclear armageddon is brewing in the future, and it's up to our hero to traverse the world, dodge those pesky backwards flying bullets, and save the day before time literally runs out.

That — coupled with expensive suits, clandestine meetings, secret code words, extravagant action sequences (jaw-droppingly captured by Hoyte van Hoytema's assured and god-like cinematography), exotic locales, a megalomaniacal villain and a yacht where shady business goes down gives the movie all the hallmarks of the traditional globe-trotting espionage genre. Never one for moderation, though, Nolan piles on some extra spice with the addition of a time-twisting element that gets so labyrinthine, things sort of stop making sense around the halfway mark.

Not the greatest sign in the world, but I don't necessarily mean that in a negative way because Nolan (whose own filmmaking hallmarks include practical effects and highfalutin exposition on grandiose and existential topics) is never one to talk down to his audience. It's very probable that I'm just an idiot…or need to see the movie again. Like I said earlier, Inception is a mere appetizer compared to this. The director's penchant for non-linear storytelling (which dates all the way back to his sophomore feature Memento) is dialed up to critical levels that are certain to cause a catastrophic meltdown in the nuclear reactor that is your grey matter. And I mean that in the best way possible. Still, a plot presented in order, then out of order, then a shifting mixture of the two may not be for everyone.

Aside from its capacity to cause migraines, Tenet is, without question, a loving — if a bit pretentious — tribute to the exploits of 007 (shaken, not stirred with some Mission: Impossible in there, too), but Nolan's biggest achilles heel is that he takes his own content a little too seriously. As a premise, time travel is fun, but Tenet never really stops to smell the quantum roses.

Going off that, Washington's character accepts the existence of time travel without a moment's hesitation. At least the fictional technology of dream sharing is already baked into the pseudo-futuristic world of Inception when that movie begins. Tenet, on the other hand, begins in our own reality, so there needs to be a modicum of skepticism on the part of the protagonist if you're going to ask the audience to suspend their disbelief for something as wonky as inversion.

The spy, who is never named, is certainly cool and suave, but his motivations (aside from an undying sense of loyalty) are a tad murky. Say what you will about James Bond, but he usually has some underlying cause to fight for — whether it's that old standby, Queen and Country, or his dead wife, Tracy. That said, the main character is meant to be more of a general archetype than anything else, right down to the fact that he doesn't have a name.

The only fleshed out characters in all of Tenet are Kat (an emotionally raw Elizabeth Debicki) and her Russian oligarch/arms dealer husband who can possibly commune with the future, Andrei Sator (a menacing Kenneth Branagh with the expected “bad guy” Eastern European lilt). I hate to keep comparing this movie to Inception, but that movie had a memorable roster of players, in which each person served a very specific purpose. Here, less so.

Robert Pattinson (The Batman) is charming, yet a bit bland, as Washington's fellow agent, Neil; Clémence Poésy (Harry Potter) briefly shows up as a Q-type gadget-master who introduces us to inversion, and Himesh Patel (so electric in Danny Boyle's Yesterday) is completely wasted as another cog in the inscrutable espionage machine.

In the end, the real draw of Tenet is not the characters, but Nolan's penchant for grand storytelling and in-camera effects work. More than once you'll ask yourself: “How did they pull that off?” or “Wait, what?!” I cannot stress enough just how nutty things get — the film does not shy away from its labyrinthine sci-fi premise and your mind will be thoroughly maxed out once the credits start to roll. This is the literal definition of the phrase “mind f***.” Plus, it's the first Nolan flick since the director's Batman trilogy to leave the door open for a potential sequel.

Just make sure to hang on every word and action, details matter in Tenet. Personally, I found it a little hard to understand a lot of spoken parts, including the very last line in the film, over the loud sound mix. This sentiment was echoed by others who attended the screening. Is this Nolan's best? No. Are certain plot points a little predictable? Yes. Would I describe Tenet as better than Inception? I don't think so, at least not after the viewing is still so fresh in my mind. Nevertheless, you've gotta admire how Nolan tries (and succeeds) in topping himself every time he takes on a new project. His ambition and determination as a writer/director are nigh unparalleled, even if all his ideas don't always gel. Is this an undeniable movie-making achievement? You bet your sweet bippy it is.

So, here's the million-dollar question: should you see Tenet in the theater now that major chains are reopening their doors across the United States? I can't make that decision for you and nor should I. It all depends on where you live, as well as your personal level of comfort. Even then, there are other factors to take into account, so don't feel like you're obligated to see this one on the big screen if you're even a little ambivalent. I don't know when I'll see it again, but it'll probably be on my computer screen with subtitles, so I can pick up on every little detail and piece of dialogue. My opinion is sure to change after a second viewing.

To close this review out, I'll say this: whether it's enjoyed in a traditional auditorium, at a drive-in theater, or from the comfort of your own home, Tenet is an engrossing and intellectually stimulating piece of cinema that completely takes your mind off the current insanity of the world. In that regard, it has the power to reverse the clock to happier days.

Batcat Is the Best DC Ship and That’s That