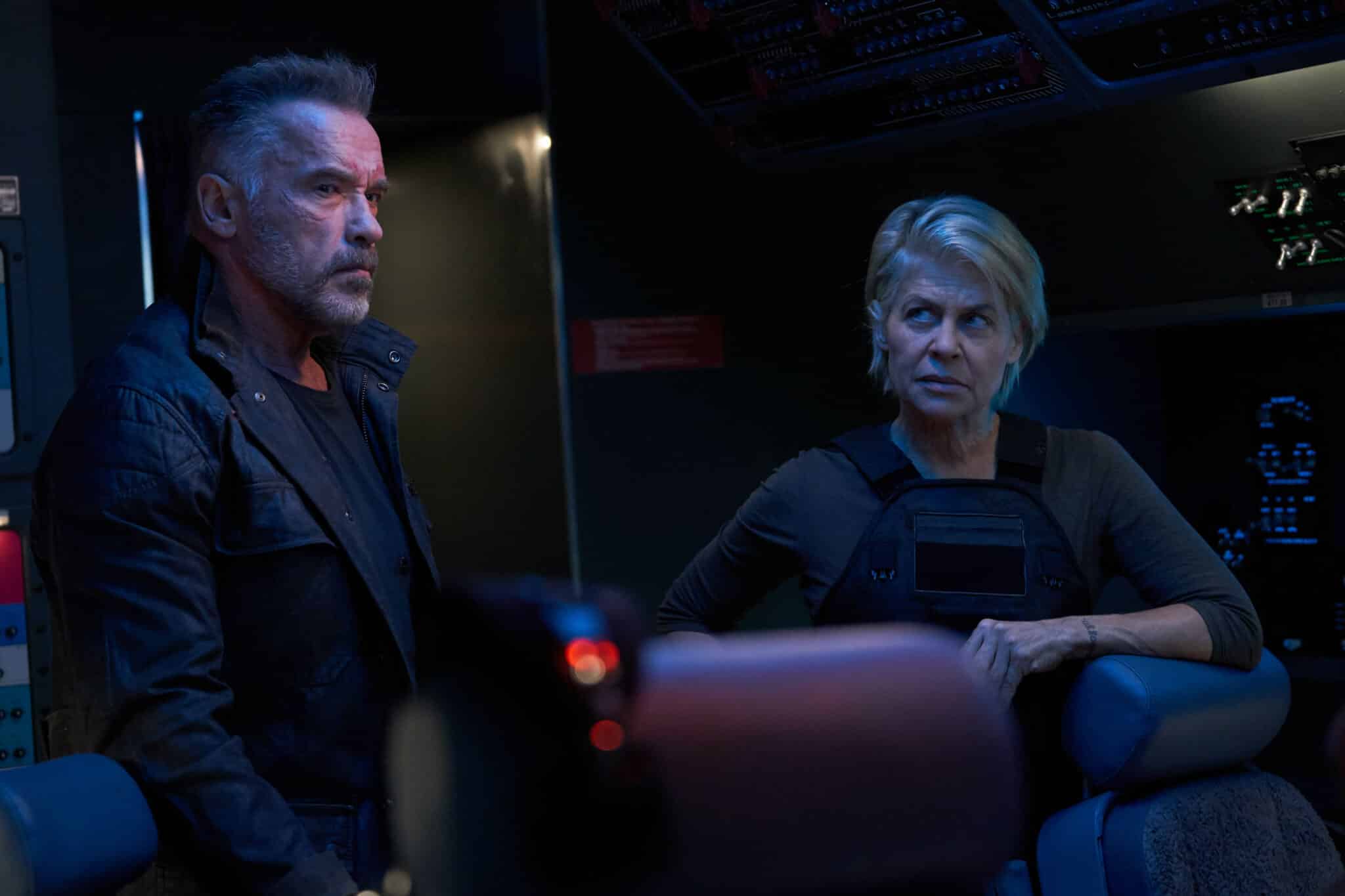 Terminator is one of those long-running genre franchises with a wonky continuity that’s been messed with and retconned so often; it’s sometimes hard to keep track of things. Like the Alien IP, the series started to go downhill fast once James Cameron exited as writer/director.

After nearly three decades, however, Cameron (currently chugging away on his three Avatar sequels over at Fox-Disney) is finally taking a more active role as executive producer in the time-traveling, machine-busting brand he and Gale Anne Hurd first kicked off back in 1984. Terminator: Dark Fate is not only a return to form for the iconic franchise—which has hit major ruts in recent years with such duds as Salvation and Genisys—it’s also the trilogy ender we should have received after 1991’s Judgement Day.

Cameron helped come up with the central story for the new film but hands the directorial reigns over to Tim Miller (Deadpool), who honors the past (and dystopian future) of the first two movies by hitting all the right beats we’ve come to expect from a great Terminator film.

That starts by ignoring all of the sequels after T2, meaning that Dark Fate—much like the most recent Halloween—only recognizes the timeline right after Sarah (Linda Hamilton) and John Connor (Edward Furlong) prevented the creation of Skynet in the early 1990s.

The film opens with a nostalgia rush by giving us a digitally de-aged Sarah Connor who witnesses the tragic death of her son (Furlong brought back via classic Hollywood trickery) at the hands of a T-800 (an equally de-aged Arnold Schwarzenegger). You see, Skynet had actually sent back several robot assassins who apparently didn’t get the memo about the apocalypse being canceled. So they just went on carrying out orders.

Dark Fate then transitions to the modern day where we meet humanity’s new savior, Dani Ramos (Natalie Reyes), a young factory worker in Mexico who must be protected at all costs from a new type of Terminator called a Rev-9 (a sinister and relentless Gabriel Luna). Perhaps, this is the coolest model since Robert Patrick’s T-1000 because the Rev-9 doesn’t just have the liquid-like ability to mimic humans; it can also split itself into two separate entities if need be.

And here’s the rub: this antagonist isn’t a Skynet creation—it’s from Legion, a never-before-seen AI that stemmed from the government’s Promethean efforts to go one step too far with cyber-warfare.

This deviation from what's come before makes Dark Fate feel fresh and relevant. Still, I wish the script by David S. Goyer, Justin Rhodes, and Bill Ray had a little more fun with the paradoxical complications of time travel and why the T-800 had to be made with an Austrian accent in the first place. It would have been really nice to see the director of Deadpool getting a little meta with this series as well.

As our main character, Dani is fine, if not all that interesting, since she’s pushed and pulled by the plot as necessary. She doesn’t get to come into her own until the very end of the third act, when her heroic arc is complete. By that point, she does end up subverting the whole “mother-of-the-messiah-trope” for a more modern-day approach, but it’s so unsubtle, you can see it coming from a mile away. Speaking of not being subtle, Ramos’ nationality allows for a slightly heavy-handed, albeit timely, immigration commentary.

The real driving force behind Dani's survival is Grace (Mackenzie Davis), a Kyle Reese-like protector from the future, part human and part machine—yet another interesting addition to the overall canon. Aside from being a total badass who can kick the asses of Rev-9s and border patrol officers alike, Grace adds a nice dollop of pathos to the overall storyline and embodies the “fate” aspect of the feature’s title.

Those are the two main protagonists, but the real spectacle here is Linda Hamilton, who comes back to play Sarah after nearly three decades away from the role. Watching her fiery presence onscreen, it’s hard to see how the Terminator IP has survived so long without her.

Linda, not Arnie, has been the missing piece all these years.

Hamilton's an emotional and comedic lynchpin that’s been sorely lacking from every other follow-up since Judgement Day. Moreover, her 21st Century introduction into the story is one of the coolest and most awesome moments in recent cinematic history, which could have carried infinitely greater weight if it hadn’t been spoiled in the trailers.

Grizzled, cynical, foul-mouthed, and wanted in 12 systems, Sarah has been hunting Terminators all these years, trying to find some closure for John’s death. Upon further scrutiny, her constant machine-based safari doesn’t really make a ton of sense, but when she shows up, bazooka in hand, it won't matter. Your eyes will never leave the screen.

Once Sarah enters the picture, the plot kicks into high gear, stopping only intermittently to catch its breath and offer up some much-needed exposition. You may even tear up a time or two when our small band of heroes grieves for their lost loved ones. The limited cast makes it much easier to get invested in these characters.

And when Schwarzenegger finally shows up near the end of the midway point as a silver-maned killer-turned-drapery expert, you’ll be filled with unbridled joy as their verbal and silent sparring makes the entire experience totally worth the price of admission. Admittedly, the explanation provided for the T-800’s return is a little silly. Still, his character does bring in a good amount of laughs, poignance, and badassery to the story, making you reflect on what it actually means to be human.

In terms of action fun and thrilling set pieces, you’ve got epic car chases, zero-gravity rock em’ sock em’ robot battles, and a humvee parachuting out of a falling plane into a hydroelectric dam. It all culminates in (you guessed it!) a perilous industrial center that holds the key to the enemy’s destruction.

Like any big-budgeted Hollywood blockbuster worth its salt, Dark Fate does leave the door open for a sequel, should the movie warrant one via its global box office returns. With Cameron and Hamilton getting the franchise back on track, I actually want to see where the story could go from here and how the mythology could be diversely expanded with the advent of a different human-hating AI.

For once, the future of Terminator is—ironically—bright. 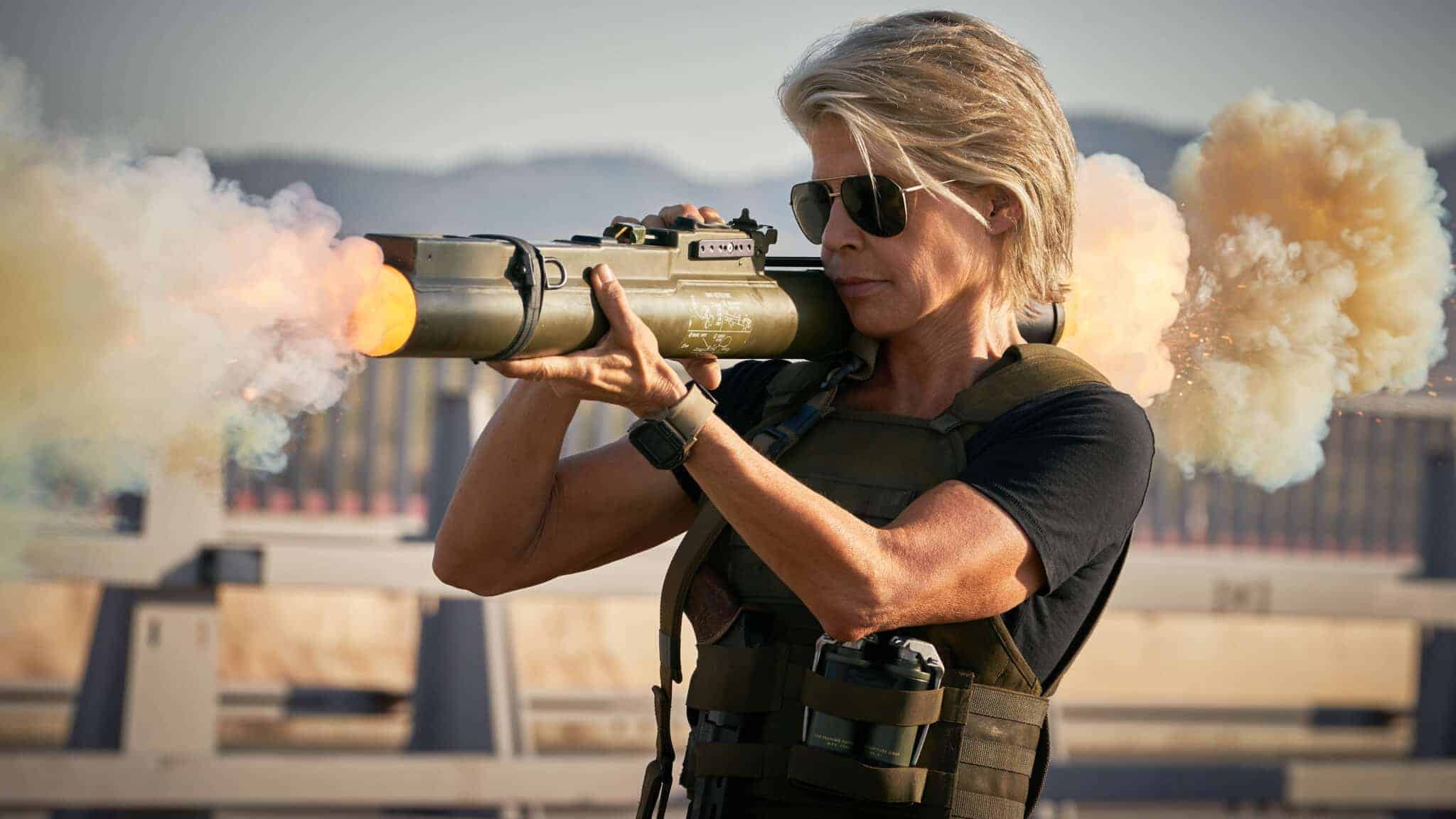 Grocery Delivery Services: The Best Way To Save Time and Money in 2020

How To Create A Blog With Great Writing Style