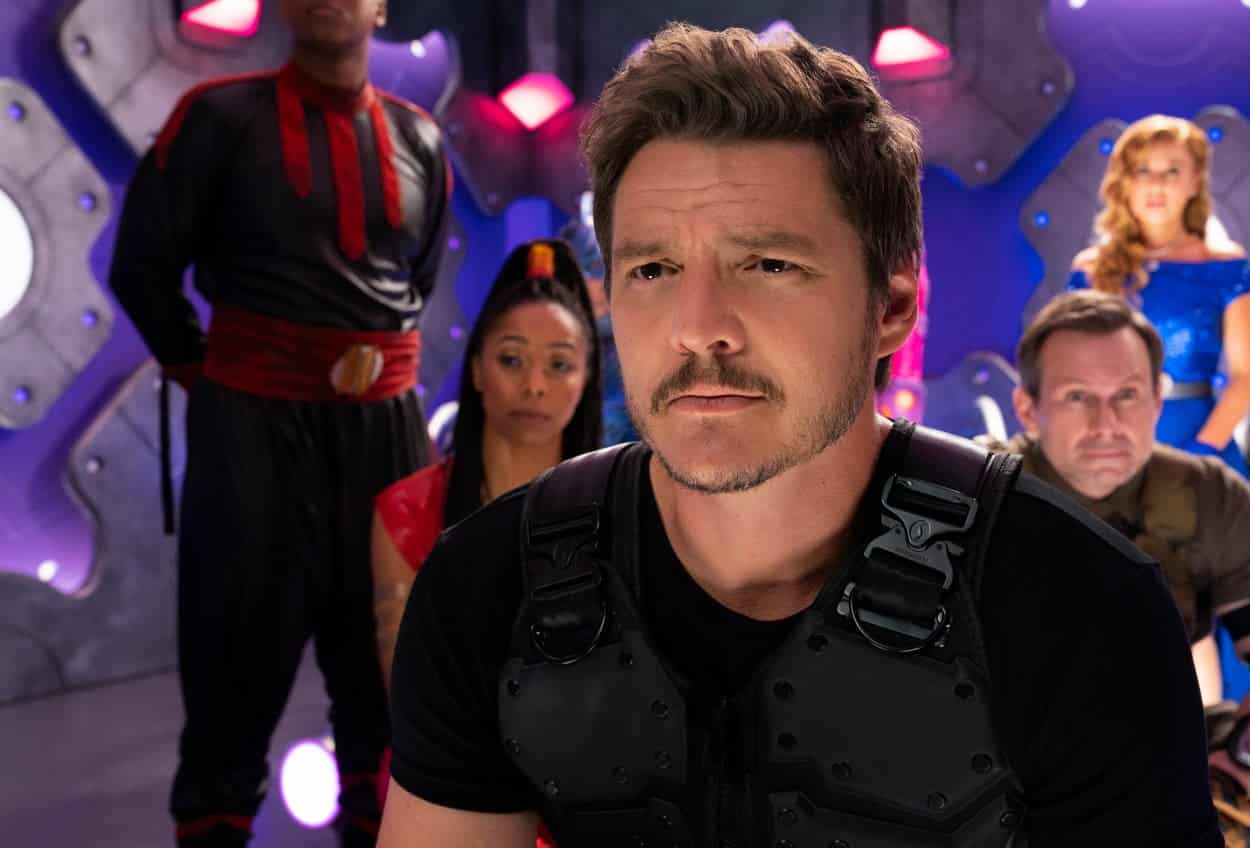 It has been fifteen years since writer/director Robert Rodriguez brought Sharkboy and Lavagirl to life and the spectacular return to this realm of imagination in We Can Be Heroes could not have come at a better time.

Rodriguez has a long history of creating colorful, thrilling, and captivating worlds designed for children. After a decade of making masterpieces like El Mariachi, Desperado, and From Dusk Till Dawn, Rodriguez’s shift into children’s films carried the same gravitas (even when critics refused to have fun). From 2001 to 2003, the Spy Kids franchise dominated the children’s movie scene. Personally, I have vivid memories of seeing the first Spy Kids the day after my 8th birthday and deciding that I was going to be a spy, so long as there were no Thumb Thumbs.

Spoiler Alert: This review does contain spoilers for key plot points. Read at your own risk.

Much like Spy Kids had Antonio Banderas and Carla Gugino, Robert Rodriguez has assembled a star-studded cast of adults that will appeal to parents tuning in with their children. Where else can you find Pedro Pascal, Boyd Holbrook, and Christian Slater serving looks in superhero attire? Pascal, who was also directed by Rodriguez in the second season of The Mandalorian, has mastered the concerned father role, only this time there’s no helmet concealing his performance.

Beyond the talented cast of adults in We Can Be Heroes, the real stand-out performances belong to the young cast of heroes.

The film begins with Tech-No (Christian Slater) and Miracle Guy (Boyd Holbrook) sounding the alarm that something sinister is afoot, as they encounter an alien invader high above the clouds. Back on earth, Missy Moreno (YaYa Gosselin) narrates her decision to wear a shirt that says “talk to me” or “leave me alone” before joining her father (Pedro Pascal) in the kitchen. The bespectacled Marcus Moreno seems distracted as he cracks eggs into the sink, rather than a bowl, watching the unfolding situation with the Heroics on the TV. At this point, we learn that, while he no longer fights with the Heroics, he is still the leader of the band of superheroes.

When he drops Missy off for school, a simple “I love you” on a random Tuesday clues audiences in on the fact that Marcus knows more than he’s letting on. At the Heroics HQ (which is more aesthetically pleasing than anything the Avengers ever tried for) Marcus reports in for duty and is ordered by Ms. Granada (Priyanka Chopra) to rejoin the Heroics to fight against the alien invaders — despite promising his daughter that he was done fighting with the team.

Shortly after Missy arrives at school, special agents from the Heroics arrive to take her to the Heroics HQ, where she is introduced to the cast of Heroics off-spring. Miracle Guy’s super-smart son Wheels (Andy Walken) gives Missy and the audience a quick rundown on each of her new peers.

Noodles (Lyon Daniels) the son of Invisi Girl (Jamie Perez) can stretch his body to great lengths; Ojo (Hala Finley) is a gifted artist; A Capella (Lotus Blossom) the daughter of Ms. Vox (Haley Reinhart) can sing at an unusual range; Slo-Mo (Dylan Henry Lau) the son of Blinding Fast (Sung Kang) has the ability to move very fast, but moves extremely slow; Facemaker (Andrew Diaz) is the son of Crushing Low (Brently Heilbron) and can change his face; the twins Rewind (Isaiah Russell-Bailey) and Fast Forward (Akira Akbar) are the children of Red Lightning Fury (Brittany Perry-Russell) and Crimson Legend (J. Quinton Johnson) can control time; Wild Card (Nathan Blair) the son of Tech-No (Christian Slater) has every power imaginable but can’t control them; and last but not least Guppy (Vivien Blair) is the daughter of Sharkboy (JJ Dashnaw) and Lavagirl (Taylor Dooley).

Missy, unlike her father and fellow superhero kids, does not have any superpowers, but that makes her special in a different way. When it becomes apparent that Ojo’s drawings reveal the future, Missy jumps into action to concoct a plan to break out of the Heroics HQ and avoid being captured by the alien invaders after their parents fail to save the day. Before Marcus is taken by the aliens, he imparts a piece of advice to his daughter that comes into play later in the film.

“I promised I wouldn’t be a hero anymore. But I’m still the leader of the Heroics. And a good leader leads by example.”

Every great hero’s journey needs a wise character that imparts sage advice and training for the hero-to-be and We Can Be Heroes delivers this trope within the first thirty-five minutes, as Missy leads her new allies to her grandmother’s house. Anita Moreno (Adriana Barraza) is the woman who trained the Heroics and she sets out to prepare the children to face off against the aliens through a series of obstacle courses and challenges.

At the halfway point in the film, the story takes the children onboard the alien mothership where they have to work together and utilize their abilities to take on the aliens and rescue their parents. But everything is not as it seems. When Wild Card and Facemaker breakaway from the main group, it is later revealed to be part of a clever plan that Missy and Wild Card concocted together after realizing that not only were the President and Ms. Granada aliens, but one of their own peers is not actually a child.

In the last five minutes, the alien takeover plot is revealed to be a good thing. In fact, the takeover was never about the aliens taking over the Earth, but the children taking over for the Heroics.

In true Rodriguez fashion, We Can Be Heroes has a moral message that packs a punch. Children will inherit the earth, and unfortunately, they’re inheriting a planet that has been ruined by grown-ups. Teamwork, leading by example, and trusting that children will rise to the occasion are the core messages of the film. While the film may be viewed as nonsensical fun by adults, children will watch a movie that teaches them to believe in themselves, work together towards common goals, and recognize that someone doesn’t have to be a superhero to save the day.

If you are looking for an upbeat movie to settle down to watch with your own children or to relive the feel-good charm of your own adolescence, We Can Be Heroes is the perfect world to dive into. Robert Rodriguez consistently creates stories that linger with audiences and in fifteen years We Can Be Heroes will hold the same warm feelings that my own generation feels for Spy Kids and Sharkboy and Lavagirl.

Bonus: If you’re looking for a “Pedro Pascal Christmas Day Triple Feature,” We Can Be Heroes is a great chaser after watching Wonder Woman: 1984 and the Disney Gallery: Star Wars: The Mandalorian special.

We Can Be Heroes is rated PG and is streaming on Netflix starting on Christmas Day.

We Can Be Heroes

Interview: Yaya Gosselin Discusses Playing Missy Moreno in Netflix’s ‘We Can Be Heroes’

How To Get Free Steam Codes and Gift Cards (Legally!!!)