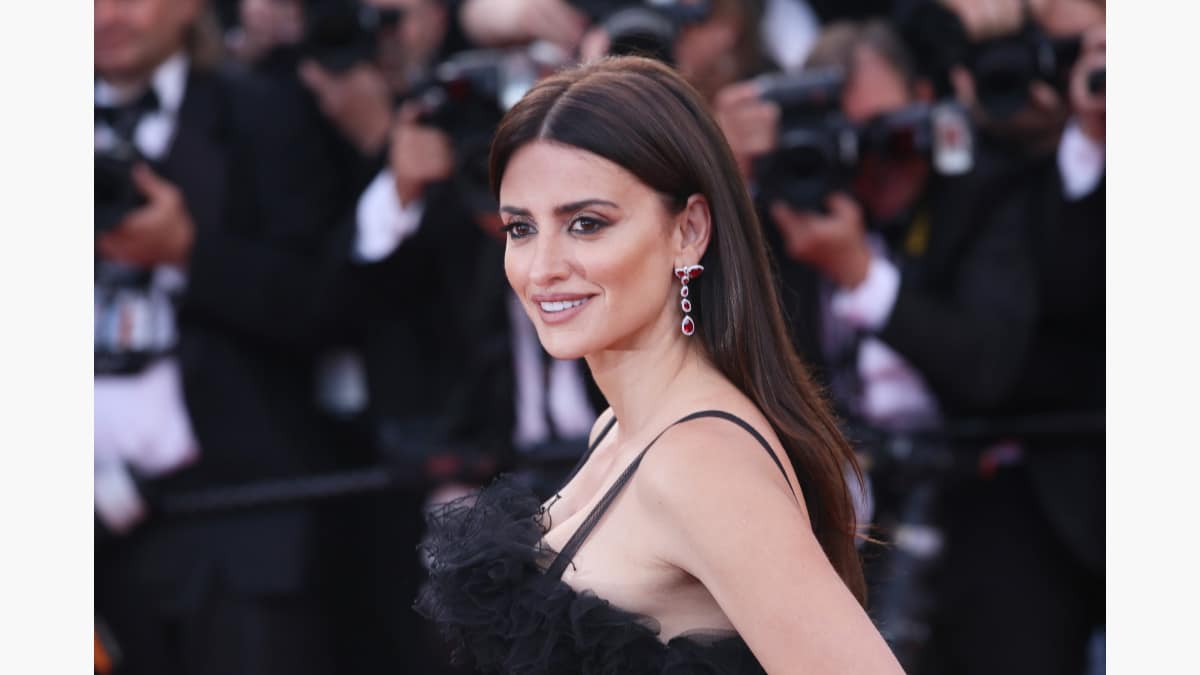 Some actresses took their talents off the stage and into the business world. Others landed roles in enough successful movies to command high salaries. According to GOBankingRates, here is the list of richest actresses of all time, ranked in order of lowest to highest by net worth. 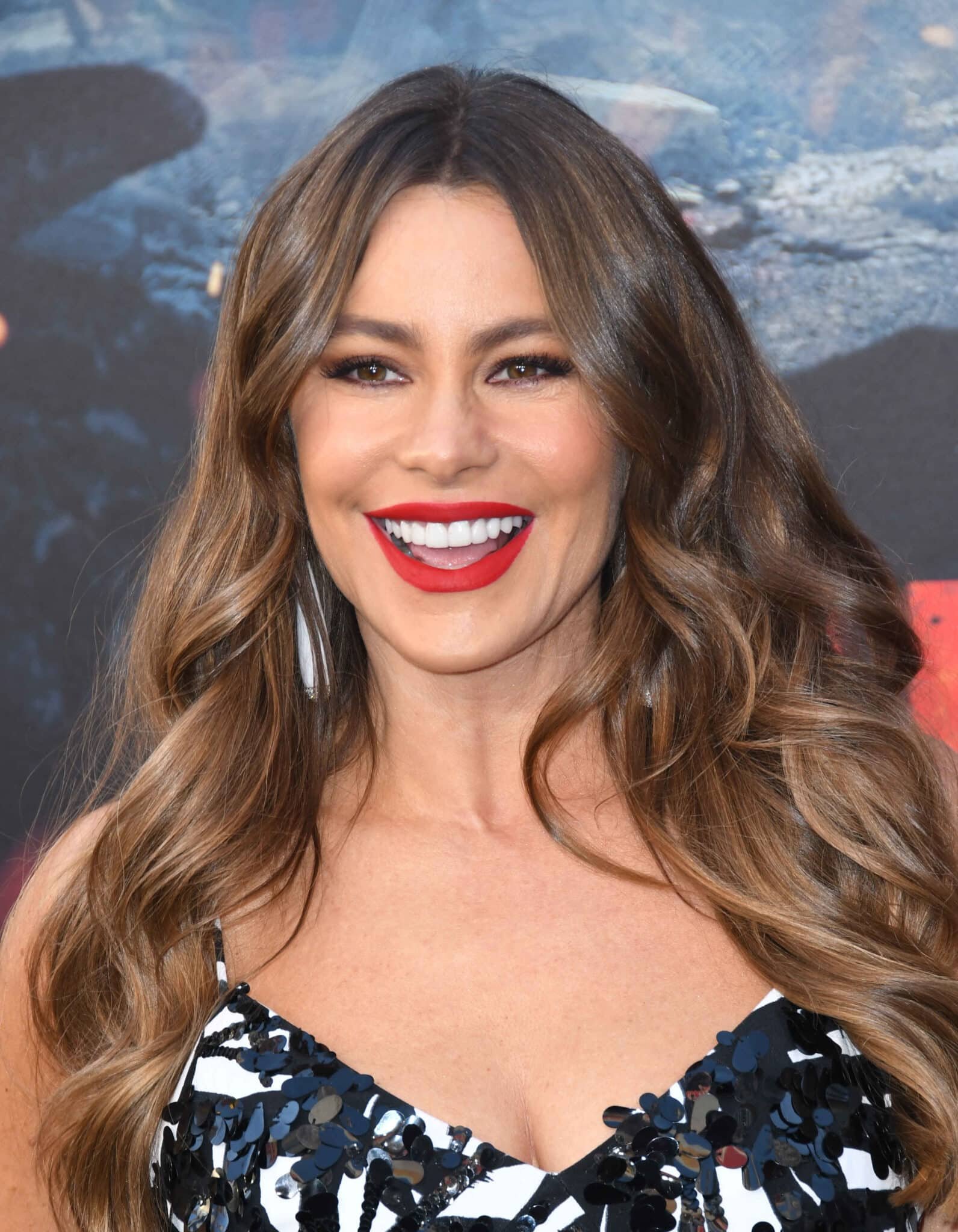 It's hard to believe that Vergara was only two semesters shy of graduating from dental school in her native Columbia before her discovery by a talent agent at the beach.

She then moved on to modeling and then acting. Her big break in America came in 2009 when she landed a role on the hit television series Modern Family.

She was also a judge on America's Got Talent, earning her $10 million per year. Last but not least, the lion's share of her earnings came from endorsements with nearly two dozen brands. 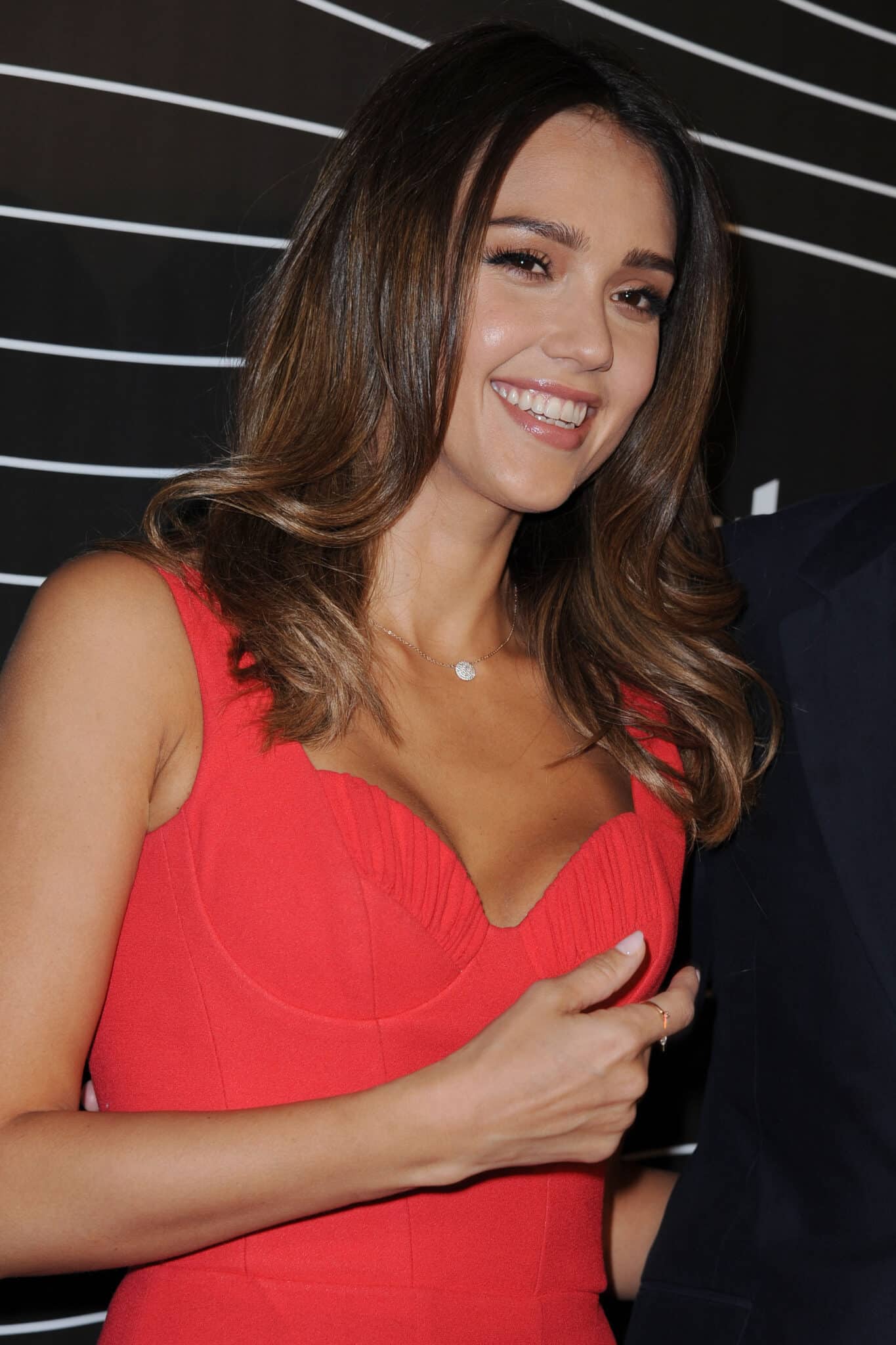 It was a wise business decision for Alba that brought in her millions rather than her acting paychecks.

Although known for her role in the television series Dark Angel and, more recently, the Fantastic Four, Alba is more associated with the company she founded these days, The Honest Company.

This wellness empire first started with a passion for making personal care products that are non-toxic and more natural for babies and children. Finding success with the product line, Alba continues to grow the company and earn millions. 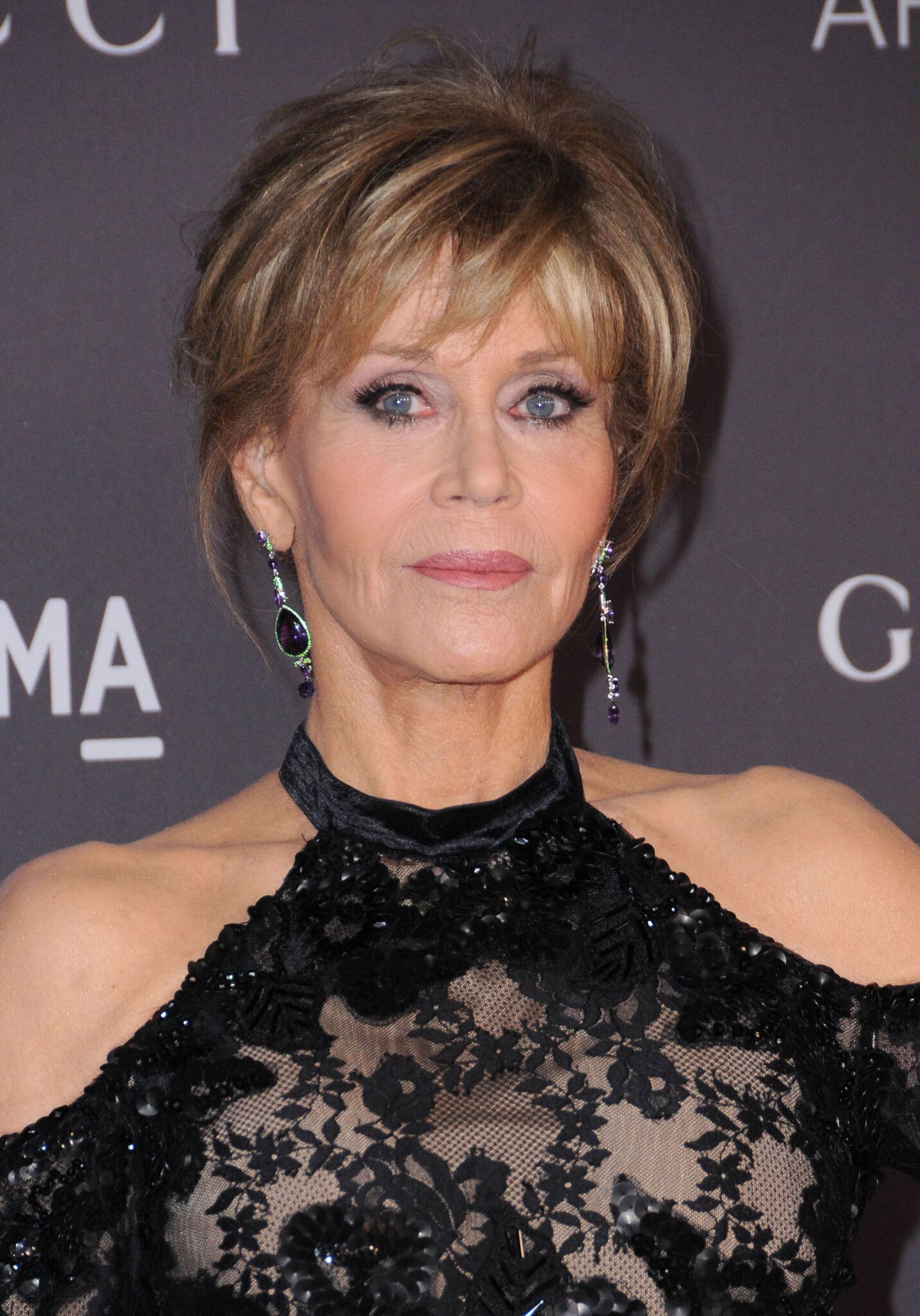 Fonda started her career on Broadway and quickly transitioned to movies. Although she has had several hits beginning in the 1960s, she may be best known for her role in the film 9 to 5 in 1980.

Fonda is also widely known for her exercise videos and colorful leotards. The Jane Fonda Workout became the highest-selling VHS of the 20th century.

She made twenty-two exercise videos which collectively sold over seventeen million copies. Well into her 80s, Fonda continues to take on acting roles in television and film. Demi Moore started acting at age 18 and is still as popular as ever.

A two-year stint on the soap opera General Hospital eventually landed her roles in big films in the 80s like St. Elmo's Fire, and she was welcomed into the ‘Brat Pack' with a tight-knit group of actors. Her star status was officially sealed in 1990 with the movie Ghost, the highest-grossing film of that year.

In 1996 she was officially the highest-paid actress when she received $12.5 million for a mail role. Moore recently wrote a New York Times best-seller memoir called Inside Out and continues to act.

Related: Millennials Don't Listen to Boomers, Until Now, Why? 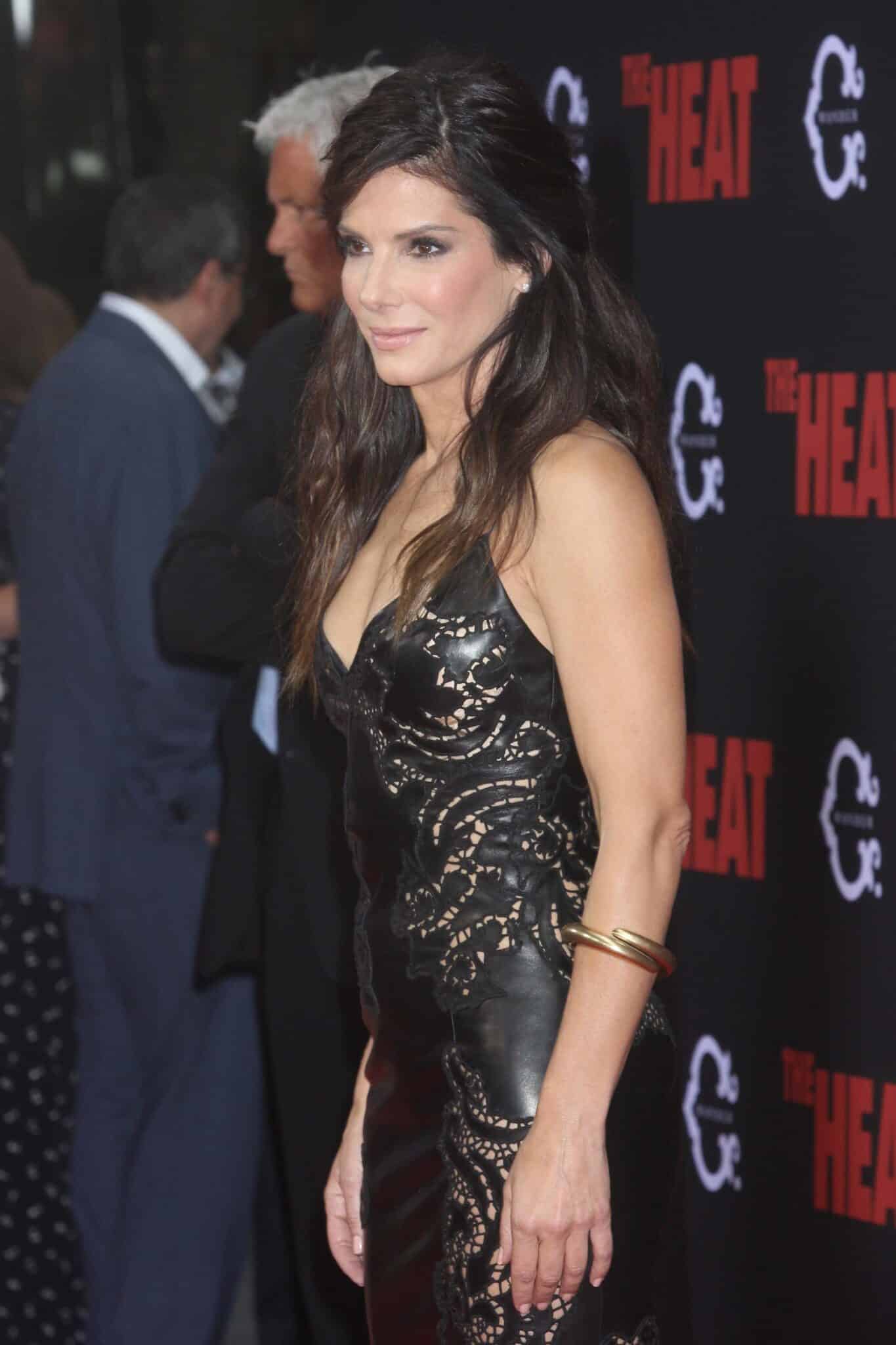 This Academy Award-winning actress and producer began her career in Hollywood, landing minor roles until she had a breakthrough in 1994 in the high grossing action movie Speed.

She continued to land roles in big hit films like Ocean's 8 and Bird Box. The movie Blind Side earned her an Oscar and a Golden Globe. She now can command $20 million per film and receives a percentage of the gross profits. 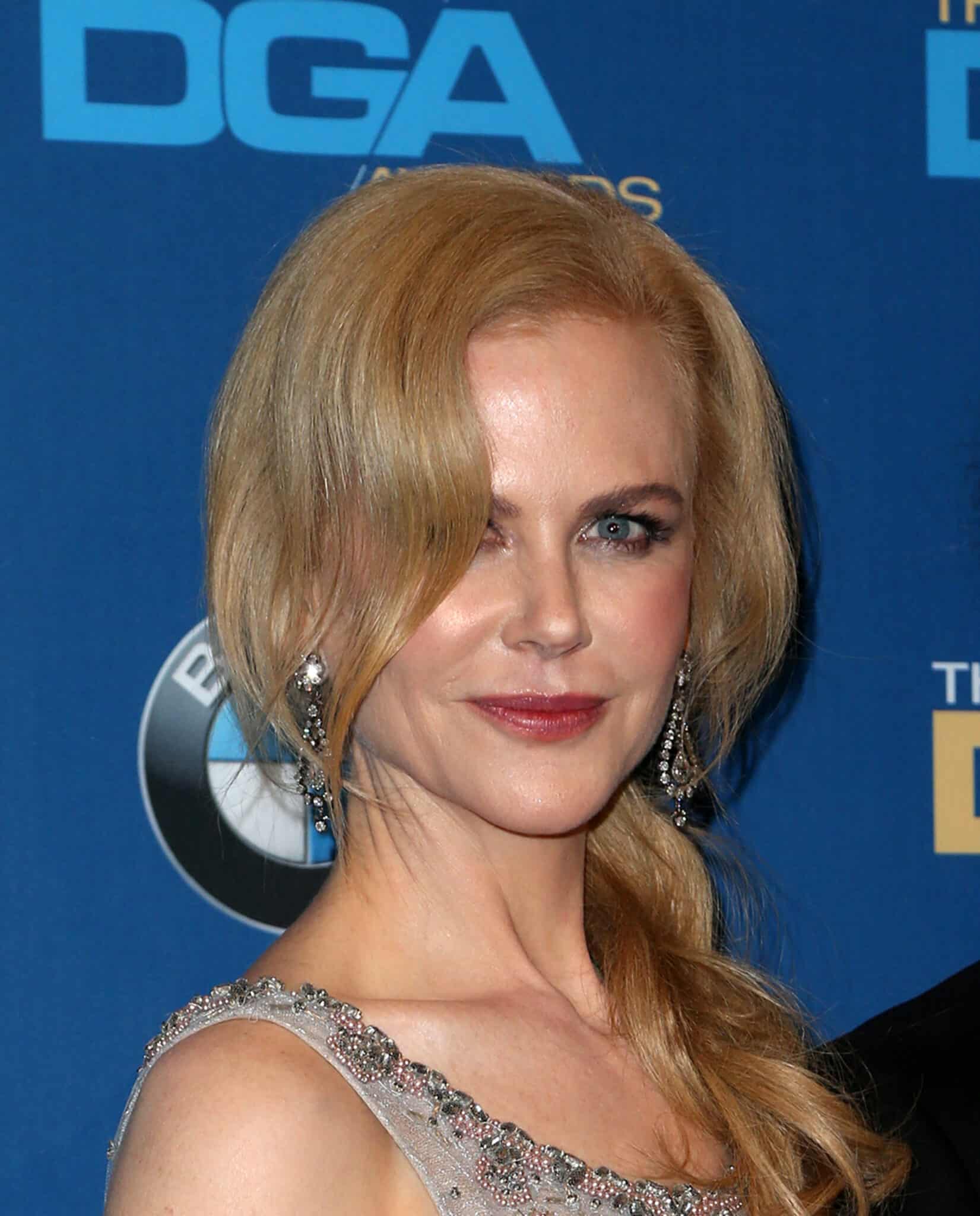 Kidman is another actress who has built up her net worth primarily through her acting career.

Kidman's success is due to consistently landing roles in good films throughout her career. Her first American film role was in the movie Dead Calm in 1989, which helped Hollywood see her star potential.

She has won an Academy Award, has starred in many major motion pictures, and was famously paid $12 million for a three-minute commercial for the brand Chanel No. 5. She has also starred in the wildly popular HBO series Big Little Lies which earned her an Emmy. 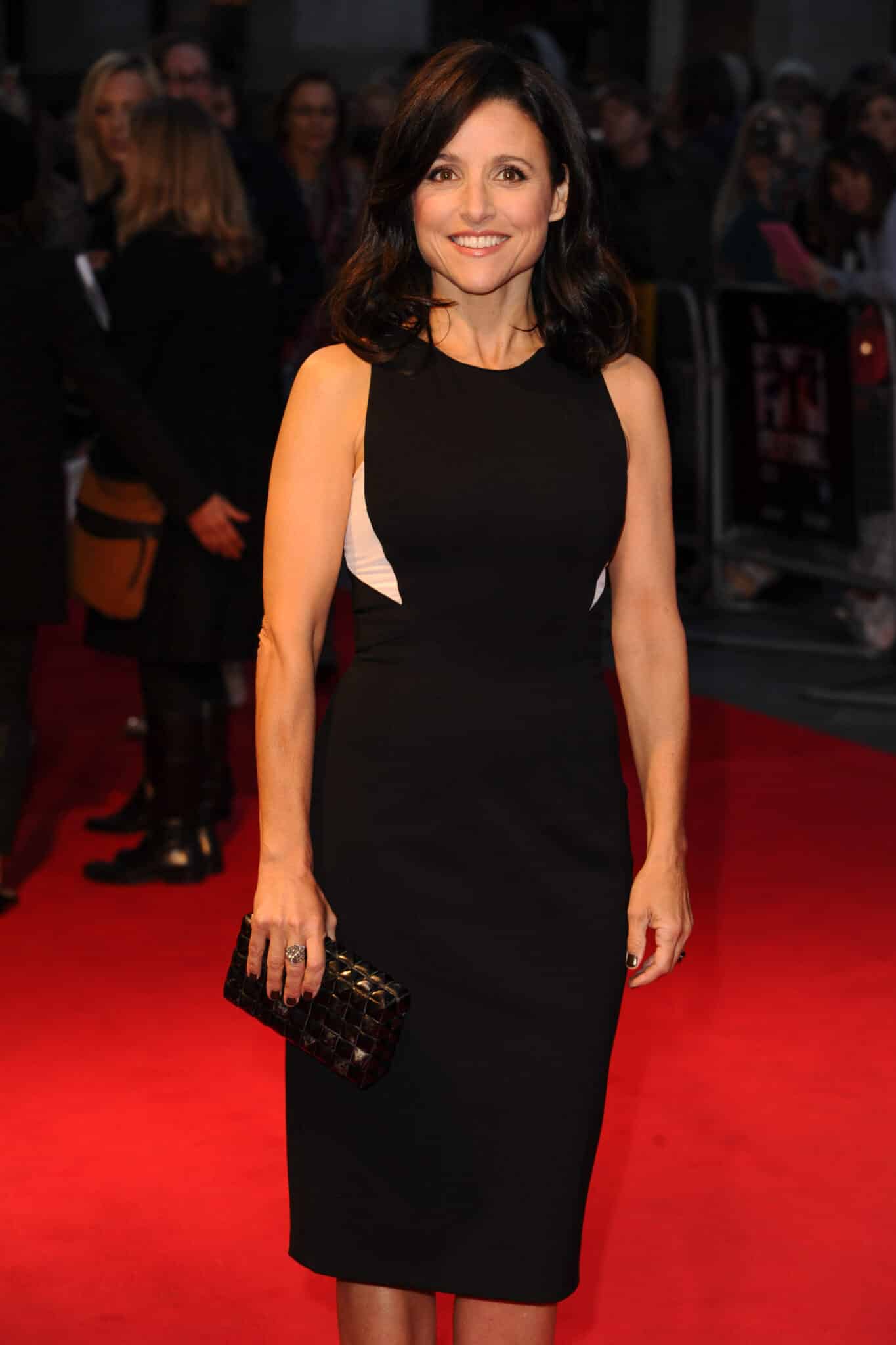 Although it's a nice boost in life when you are born into a billionaire family (father Gerard Louis-Dreyfus was a financier), Julia Louis-Dreyfus has done a great job of paving her own path to success.

With a breakout role in the hit sitcom Seinfeld playing the role of Elaine Banes in a dominant male cast, Louis-Dreyfus proved to be one of the funniest actresses on television.

She was able to land other leading roles in other television series and films, including Veep, which earned her six best actress Emmys. 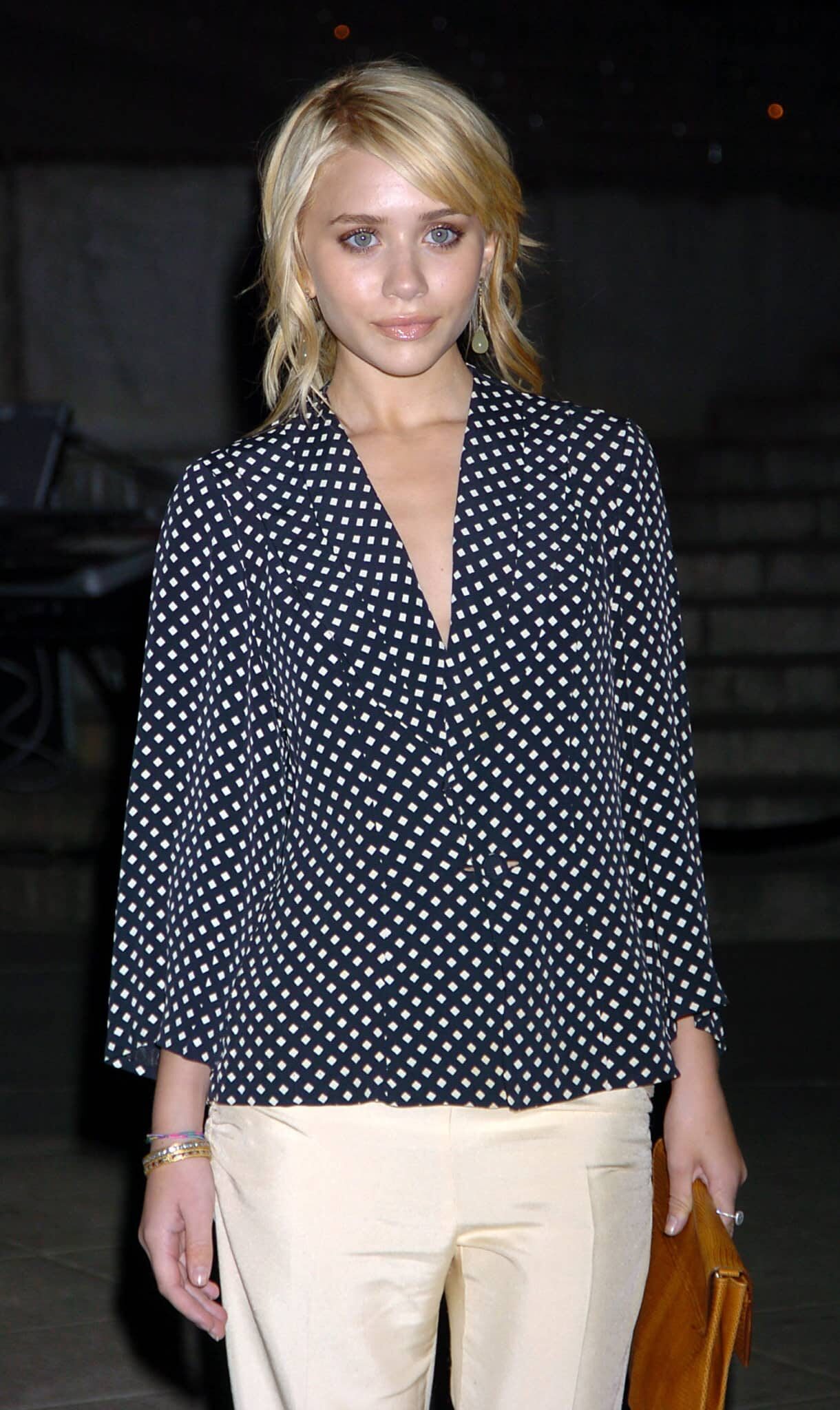 The Olsen twins became child star sensations from sharing the role of Michelle Tanner on the hit show Full House.

After Full House ended, the sisters went on to make The Adventures of Mary-Kate & Ashley, a series of musical mystery videos. Soon followed a books series and merchandise that raked in around $1 billion a year in retail sales.

The Olsen twins have since left acting behind and are full-time fashion designers for their high-end brand The Row and Elizabeth and James, available at Kohl's department store.

Roberts's primary source of her wealth is from her acting chops alone.

With her breakout role as a freelance prostitute in the movie Pretty Women, Roberts went on to star in several hit films, including Steel Magnolias, My Best Friend's Wedding, and Ocean's Eleven, making her one of the most sought-after and bankable actresses in Hollywood.

In 2000, Roberts became the first actress to ever earn $20 million per movie for the film Erin Brockovich. This role earned her a massive paycheck and helped her win an Oscar award for her performance. 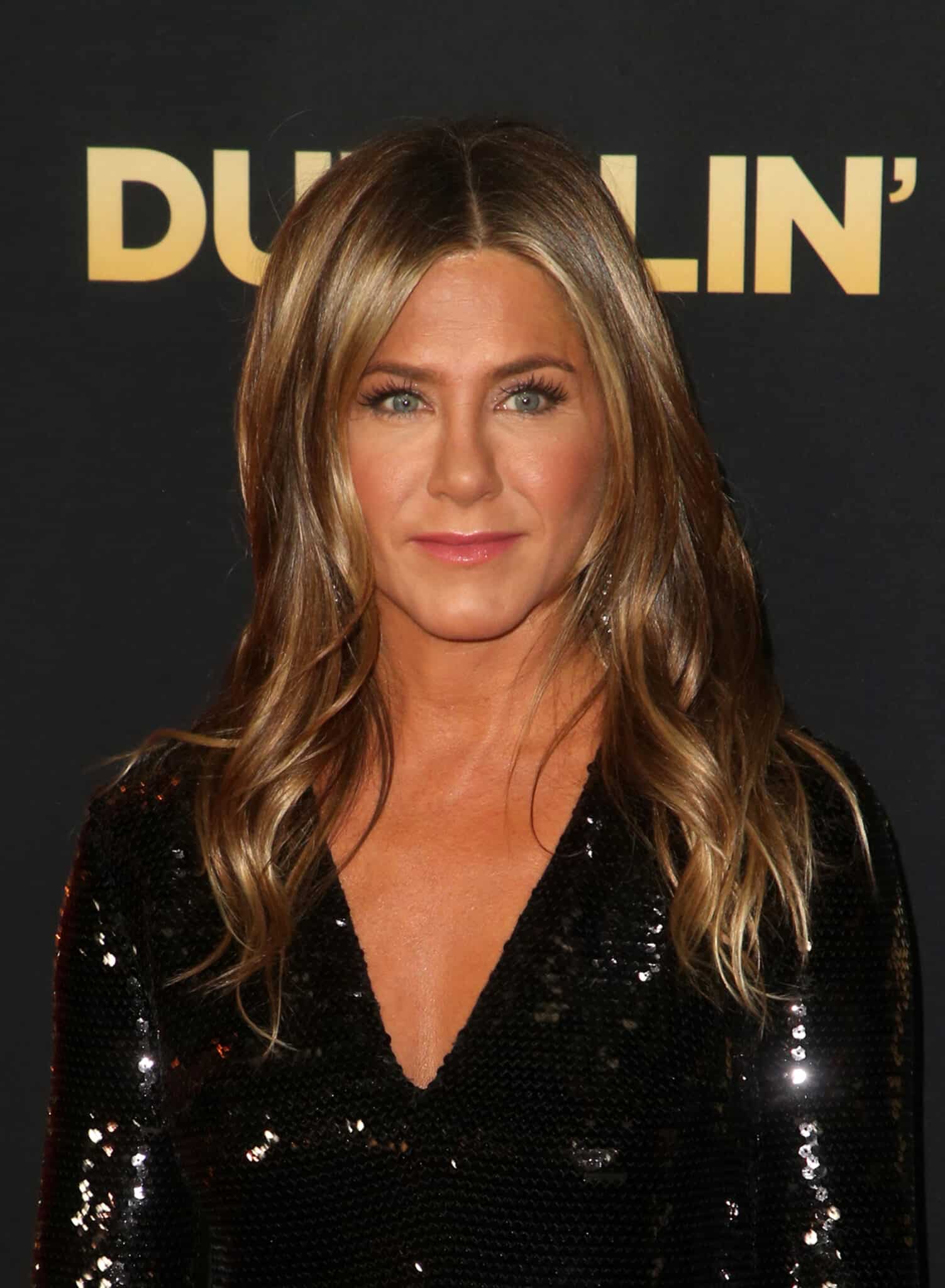 She will forever be known as Rachel Green in her breakout role on the long-running series Friends, which eventually helped her earn $1 million per episode.

Yet Aniston was able to transition seamlessly to films with several roles in hit movies like He's Just Not That Into You and Office Space.

Heading back to her original stomping grounds on television with another hit series, The Morning Show, Aniston is now earning $1.25 million per episode. 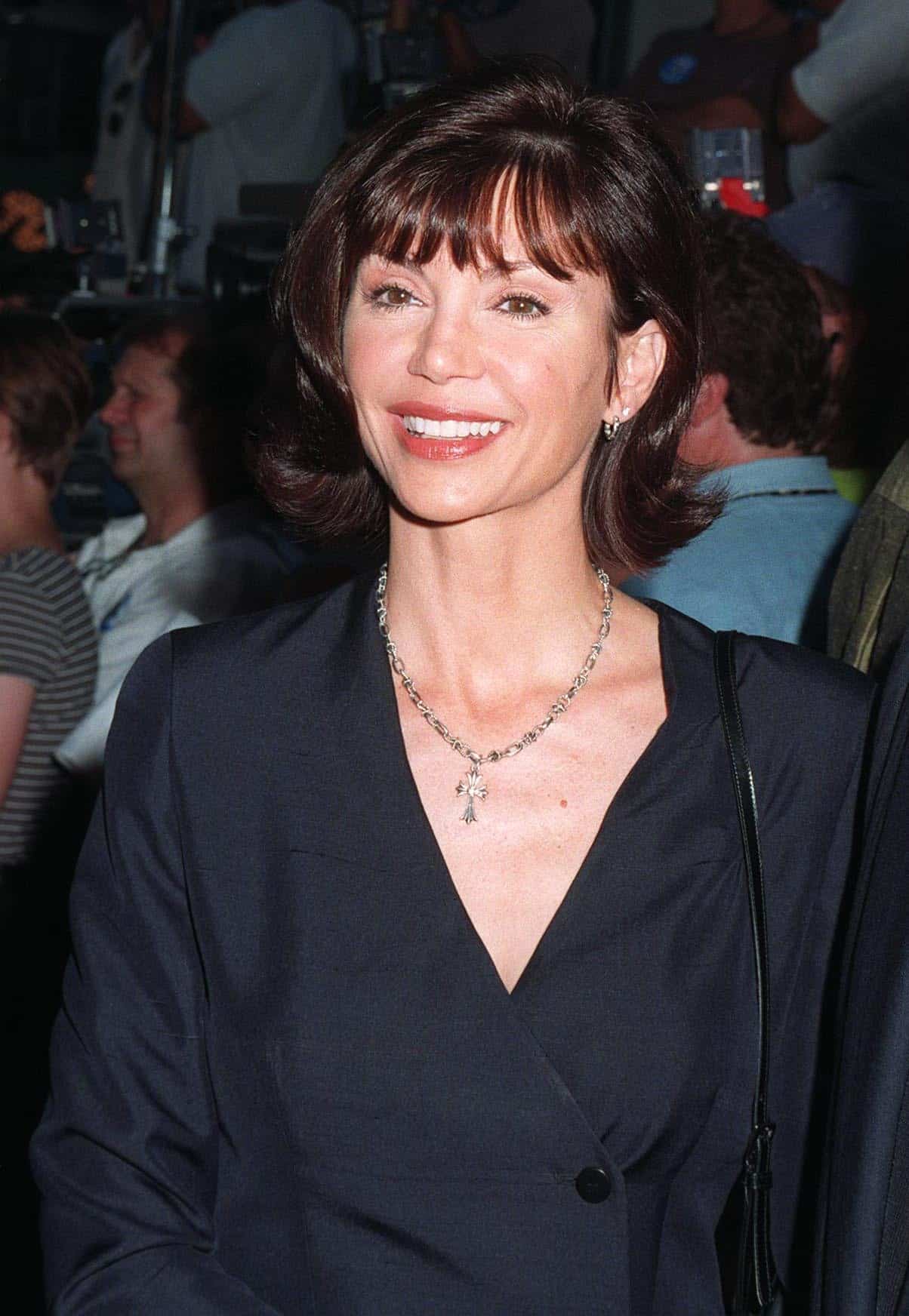 Principal became a household name worldwide on the wildly popular show that ran for nine years. She went on to act in some television films, which she also produced through her own production company.

But she eventually transitioned to another interest which was health and wellness. In 1989 she created a skincare line of products called Principal Secret, which has raked in over $1 billion in revenues.

She is also a best-selling author, writing three books about beauty, skincare, fitness, and health. 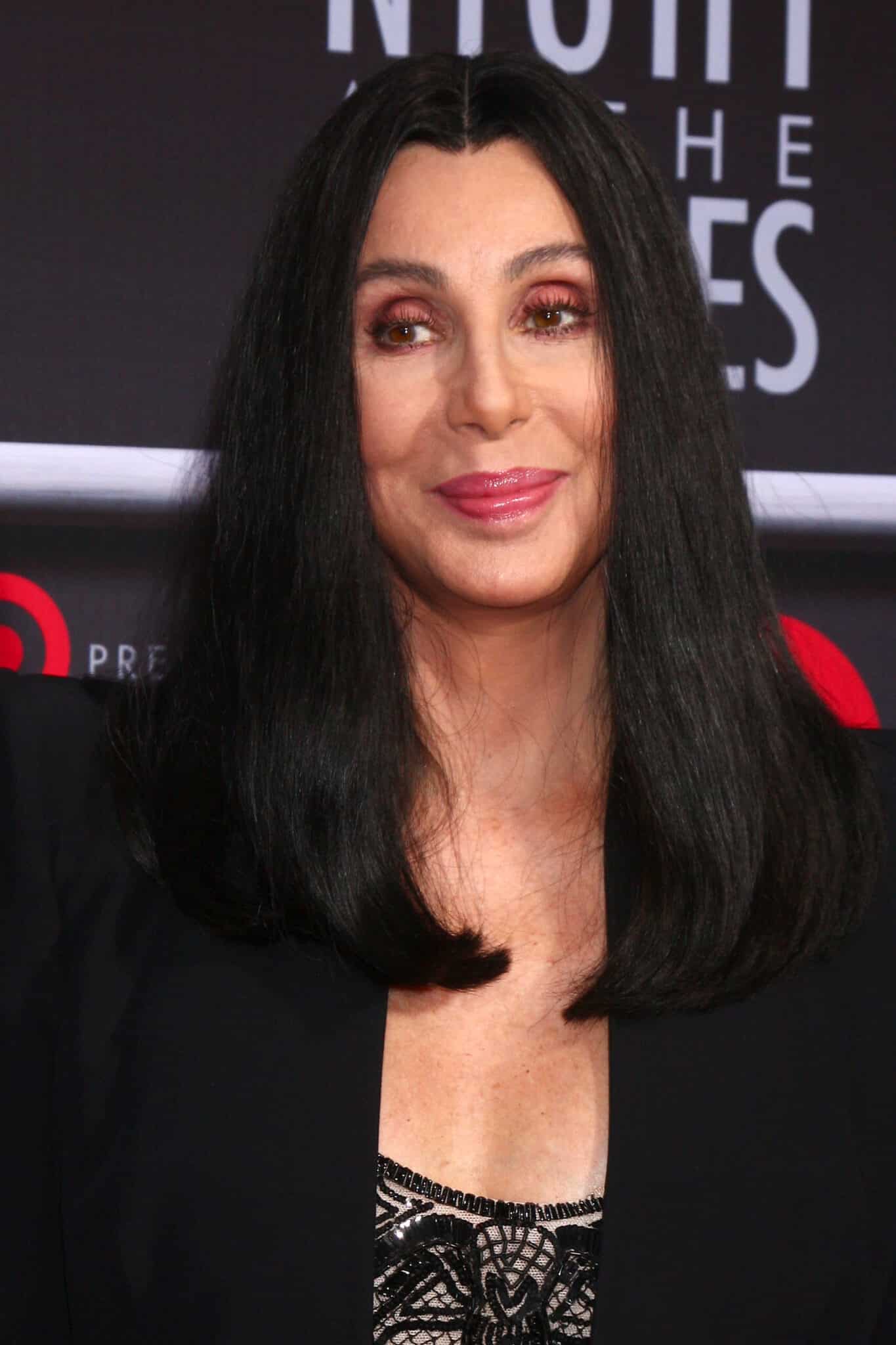 At age 76, Cher has no plans of slowing down.

Already an Oscar award-winning actress for the movie Moonstruck, Cher has many movie credits to her name, has been on Broadway, and has a Las Vegas residency under her belt.

She has sold over 100 million records worldwide and has a Grammy Award, Emmy Award, three Golden Globe Awards, and a Cannes Film Festival Award. 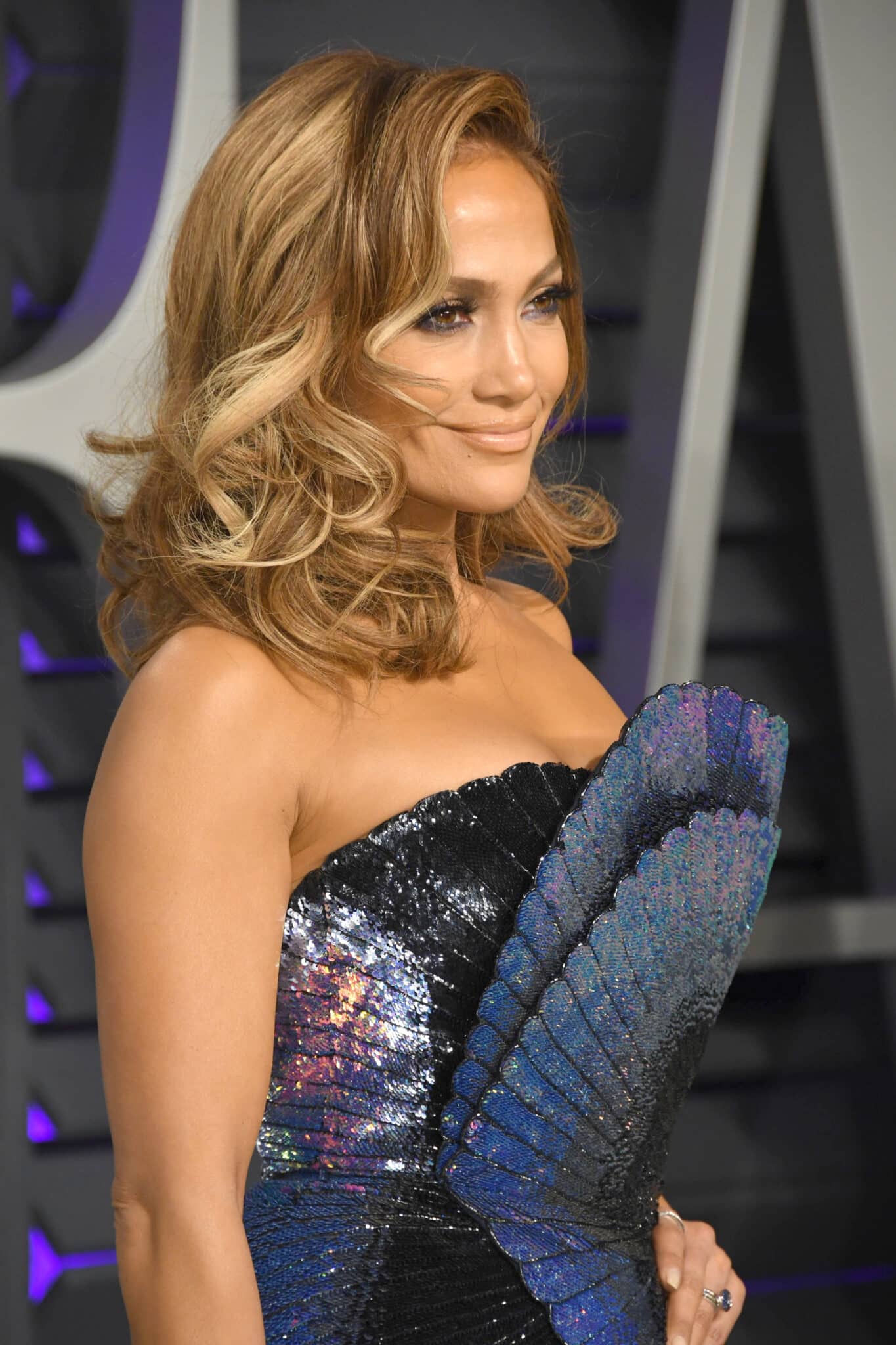 Ranked by Forbes in 2020 as one of America's Self-Made Women, it might be easier to ask what she doesn't do since she boasts a long list of accomplishments.

She has had starring roles in such hit films as Selena, Out of Sight, and Maid in Manhattan. She has sold more than 80 million albums worldwide, had several hit songs, and completed a three-year Las Vegas Residency.

On the business front, Lopez has a line of fragrances, has her own production company, has endorsement deals such as with L'Oreal, has her clothing line, was a judge on American Idol, and has her skincare line, to name a few! No doubt J-Lo's hard work has paid off. 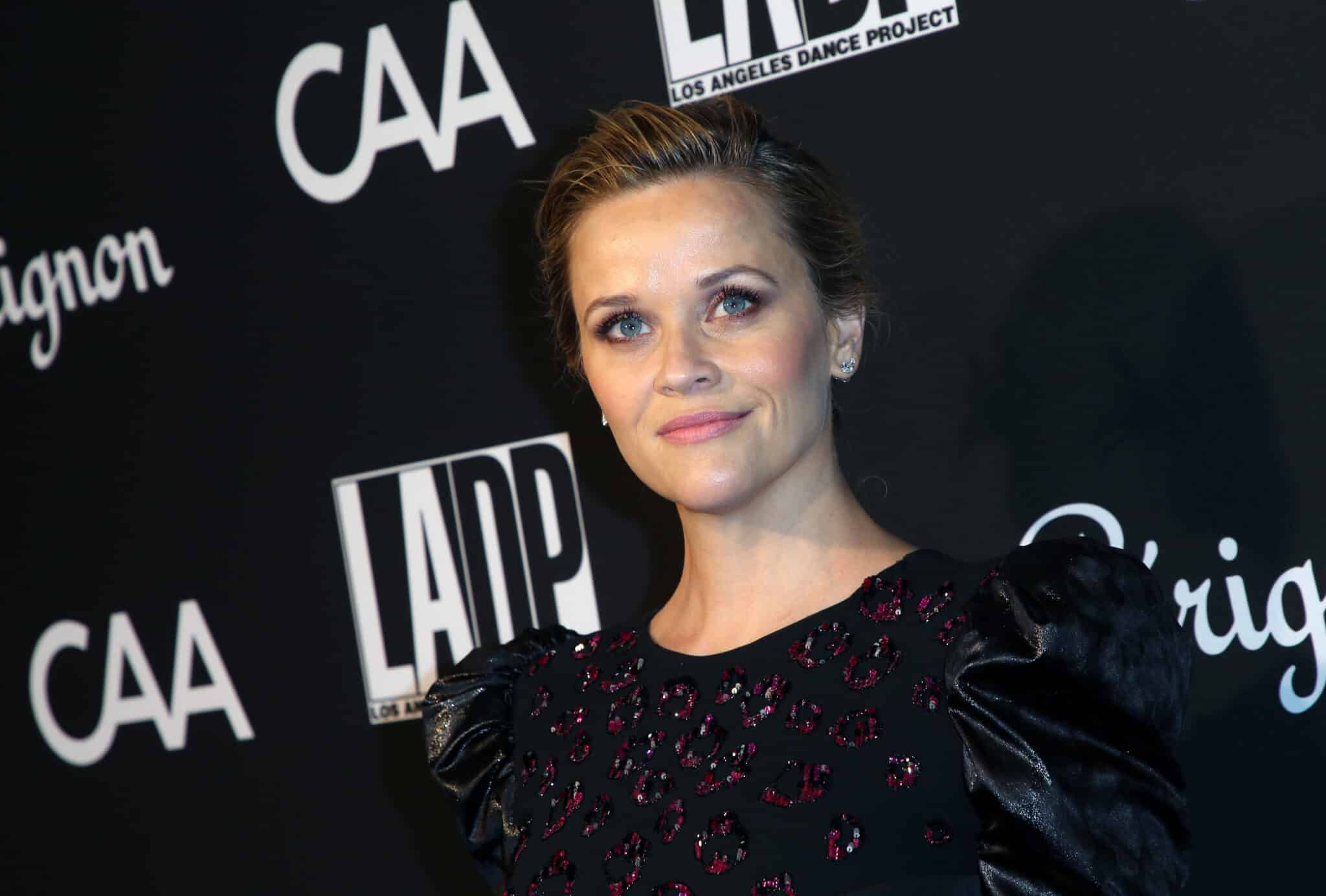 Witherspoon began her career in Hollywood at 14 and has since skyrocketed to the top of high-demand A-list celebrities.

Witherspoon now earns no less than $1 million per episode of any television series and millions more for movies she is involved in, where she is typically in front of and behind the camera as executive producer.

Her most notable films include Cruel Intentions, Legally Blond, and Walk the Line, which earned her performance an Oscar and Golden Globe award.

Forbes named Witherspoon the wealthiest actress globally after selling a majority stake in her production company Hello Sunshine which she founded in 2016 to tell women-led stories. 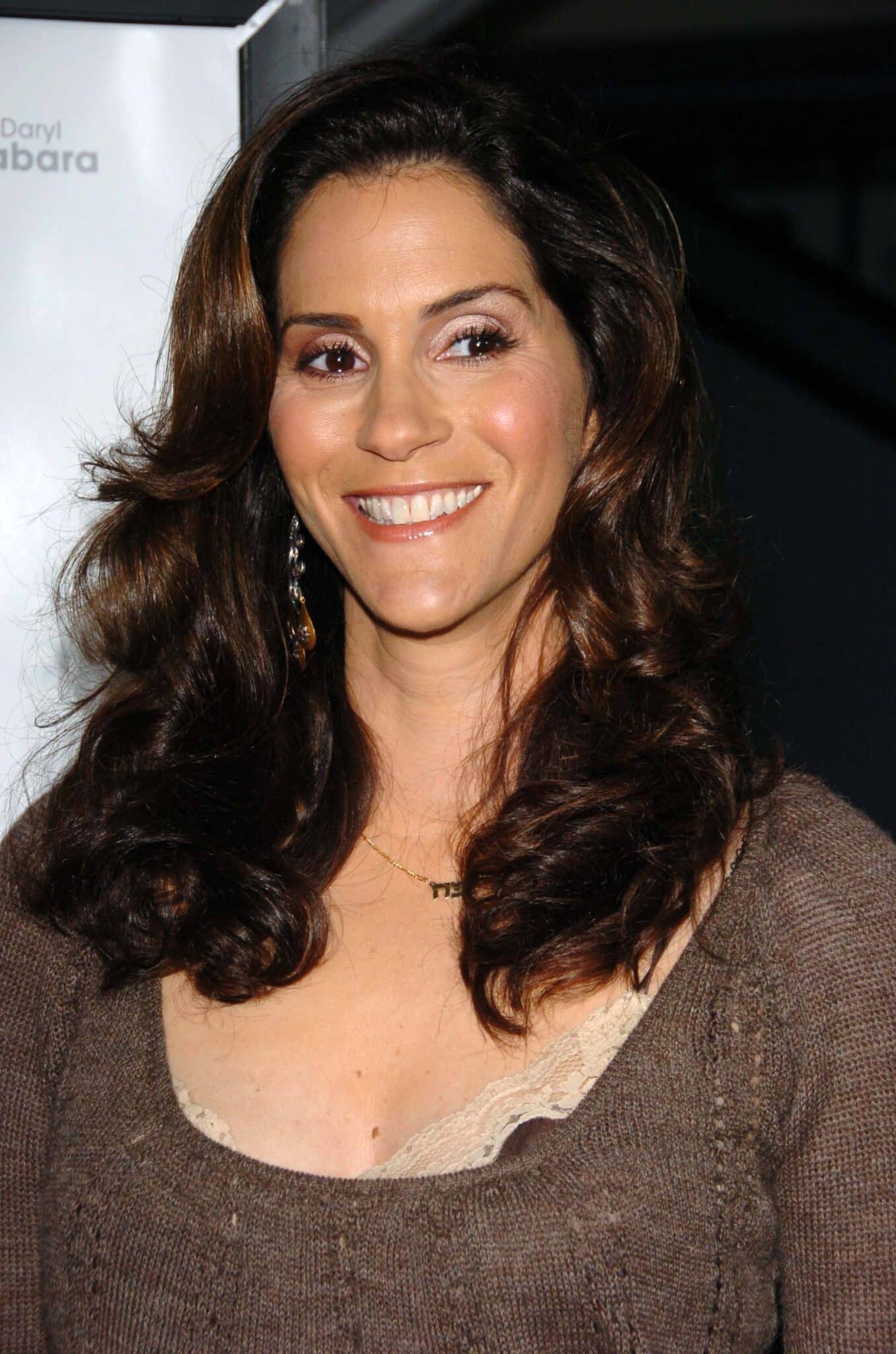 Getz was a famous face in the 1980s, appearing in such hit movies and television shows as Sixteen Candles, Lost Boys, Square Pegs, Diff'rent Strokes, and Family Ties.

Although Jami was successful in Hollywood, her marriage and partnership with billionaire Tony Ressler boosted her net income more so than her acting career.

The couple is the majority owners of the NBA team, the Atlanta Hawks, and has a minority stake in the Milwaukee Brewers baseball team.

Ressler is also the co-founder of Ares Management which has over $136 billion worth of net assets under management.

It's no wonder Gertz significantly out-earns the rest of the ladies on the list. It's clear from this list of richest actresses of all time that their talents are far more incredible than what they present on screen.

Many of the actresses have broken through glass ceilings by commanding unprecedented salaries and wisely diversifying their careers with different business ventures.

Not only have they sealed their success for now and for years to come, but they have also modeled tenacity and business acumen for future generations of actresses.