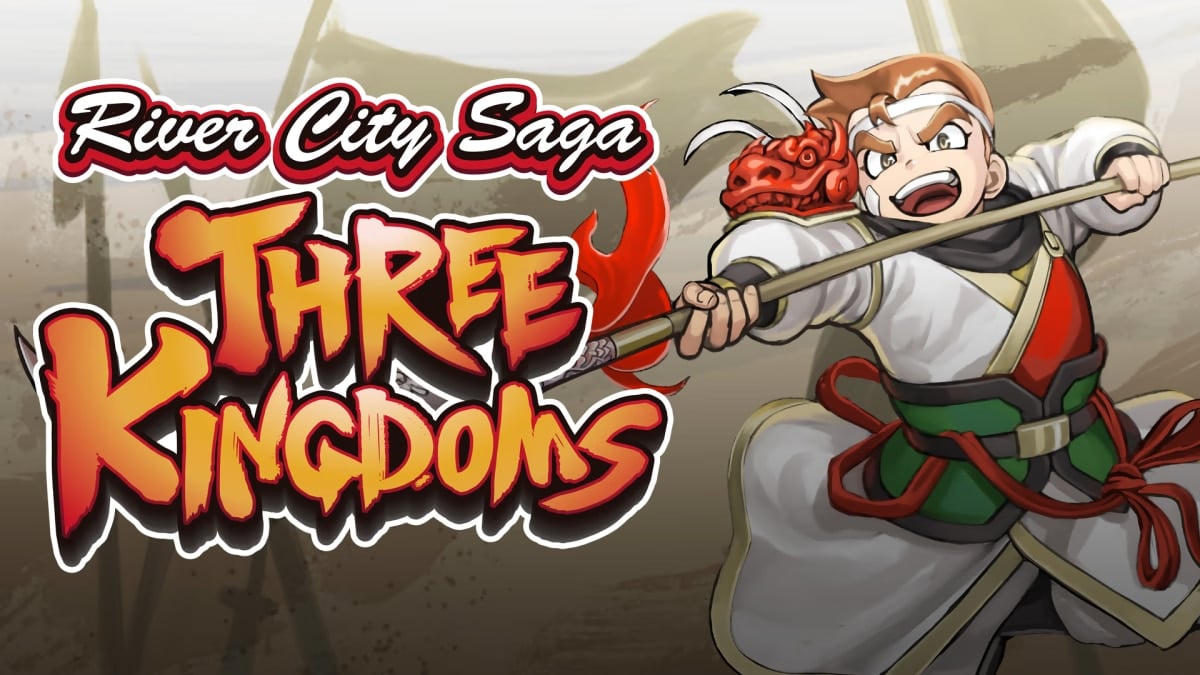 River City Saga: Three Kingdoms offers an exciting new addition to the Kunio game series. It’s primarily an action-adventure game with a heavy battle focus. The game combines everyday conversation with the story of Ancient China to create a goofy yet rebellious story arc. River City Saga: Three Kingdoms may not be the best place to learn actual historical facts, but it is a fantastic battle adventure game.

When I picked up my Nintendo Switch to play River City Saga: Three Kingdoms, I’d never played a game in the Kunio series. For that reason, this review is mostly a stand-alone review of this particular game.

The game consists of six chapters, each of which takes about an hour to two hours to complete. The battles in each chapter get increasingly challenging and present you with more and more fighting options to choose from. Your favorite characters from the Kunio series appear as our three heroic protagonists and historical figures they meet throughout the game.

Our main character is Guan Yu, the Han’s passionate and outspoken defender. If you’re a fan of the Kunio series, you’ll recognize Guan Yu as Kunio himself. He soon teams up with two allies: one brutish and loveable fighter with a stick and one who is a fantastic fighter with a strong mind. The three travel throughout Ancient China on a mission to restore the Han and rid the empire of corruption.

River City Saga: Three Kingdoms is battle-heavy. Most of the action in the game centers around defeating enemies with a vast array of fighting moves. Your enemies range from bandits to enemy tribes to rebellion warriors. Sometimes you’ll fight a small group of bandits on your own, and other times you have the help of others on your side to defeat the enemy.

To reach each battle, you must travel around on the map. Whenever you leave a city, you must face enemies on the roads that you either evade or defeat. However, it’s also possible to travel to many locations on your map with the click of a button. And the best part is that it won’t make a massive dent in the number of coins you’ve saved.

You can make money by defeating enemies or by accomplishing quests. Sometimes, a general or a goddess will gift you some coins. Maintaining a large amount of cash in your account is pretty easy. You can use coins to travel throughout the region and purchase weapons, armor, and energy. You can also visit shops to learn new fighting skills.

And let me tell you, you can use an almost overwhelming amount of fighting techniques to defeat your enemies. Not only can you learn many new moves, but you can also upgrade moves you already have to do more damage to your enemies, and you can customize your special attack. In addition, there are a variety of weapons you can find lying around on the ground in different villages, which are useful in battle.

There are plenty of side quests throughout the game to help split up the constant battles. Some of these are optional, while you must complete others to move forward. The game is also heavy on the story sequences. The dialogue is fun and helps you discover what to do next, but it can be a bit extensive sometimes.

The animation style uses a mix of classic and modern styles. The character design is chunky and pixelated, while the background uses more shading and 3D elements to create a hybrid stylistic look. Not to mention, the music is extremely catchy and helped me stay motivated to keep fighting.

Is This Game for You?

The tutorials are the one major fallback of Nintendo's River City Saga: Three Kingdoms. The instructions lack detail and can be confusing because of their numbering system, and there’s a bit of a learning curve once you get past the first chapter. That’s when the more challenging moves become essential in your battles. Because of the sparse instructions, you must teach yourself how to advance your fighting for the most part.

Overall, River City Saga: Three Kingdoms is a goofy and exciting game that’s worth your time playing from start to finish. The compelling and light-hearted story, the ever-changing battle scenes, and the characters’ shifting alliances make this game perfect for retro-fighting gamers looking for something with a modern twist.

Thor Love and Thunder: The Movie and the Comic Books’ Differences