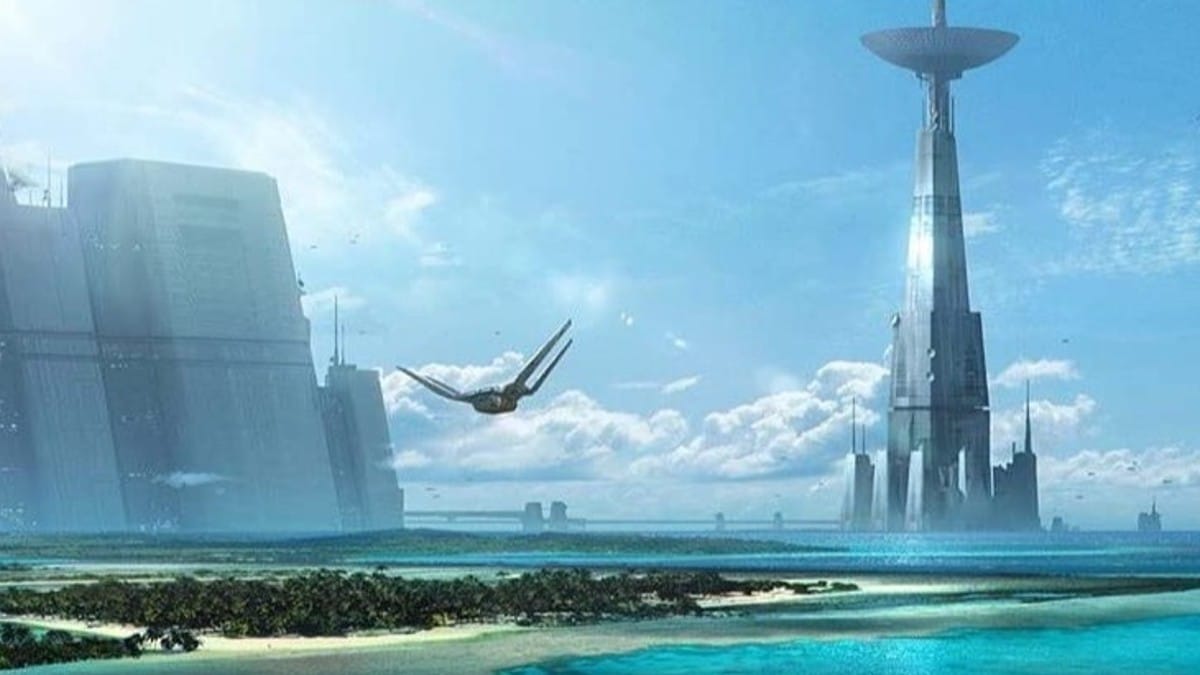 Recently, Rogue One: A Star Wars Story was re-released in select IMAX theaters—complete with exclusive footage from the upcoming prequel series Andor—in the lead-up to the series premiere on September 21.

As someone who adores Rogue One but never saw it on the big screen, I immediately cleared my schedule and put together a group of folks to buy tickets in record time.

Rogue One is my favorite Star Wars movie. It brought me back to Star Wars after many years spent away from the fandom. I watched it on a whim a year after its release, and throughout its two-and-a-half-hour runtime, it hooked itself into my soul (and punched my tear ducts repeatedly).

It is a gorgeous and thrilling film that combines all the best hallmarks of a Star Wars story with exciting new ideas for the franchise’s future. This limited IMAX return is a perfect opportunity for audiences to reacquaint themselves with Diego Luna’s rebel operative Cassian Andor before his series premieres. It is also a chance for fans like me to celebrate what made Rogue One such an amazing and impactful film.

As a kid, I considered myself a Star Wars fan. I watched the original trilogy growing up, but because my parents never owned them on video, I never had the opportunity to wear out the VHS tapes as I did with other childhood favorites.

The prequels came and went without much fanfare—I saw them in theaters but didn’t interact with them beyond that due to a rapid onset Lord of the Rings (and Viggo Mortensen) obsession.

I still enjoyed Star Wars and its lore, but not enough to sustain the fandom in the years between Revenge of the Sith and the sequel trilogy. By the time The Force Awakens came out in 2015, I wasn’t interested in Star Wars anymore. I didn’t have a huge emotional connection to the franchise, and I was completely burnt out on ‘Chosen One' narratives.

This trope—that one person is destined to become the story's hero, that without the hero all hope is lost—serves science fiction and fantasy well, and Star Wars is a prime example.

The Skywalkers are a veritable clan of Chosen Ones, and portents and prophecies abound throughout the Star Wars canon. Anakin Skywalker couldn’t move without tripping over a Chosen One prophecy. Luke’s whole character arc entails him being maneuvered into taking control of his destiny, and even in The Force Awakens, it is clear that Rey’s path will follow along the same lines.

But Rogue One is not a Chosen One movie.

Rogue One: A New Kind of Star Wars Story

The motley crew of characters are not Jedis, princesses, generals, or politicians. They are all regular people—a thief, a spy, a defector, a droid, and disgraced religious guardians—who are down on their luck and at the end of their rope.

The main protagonists, Felicity Jones’ Jyn Erso and Luna’s Cassian Andor begin the movie cynical and jaded, on the run from the growing power of the Empire and numb to the terrible things they must do to survive.

When we first meet them, Jyn and Cassian aren’t sure if they believe in anything anymore, let alone a half-formed rebellion that seems doomed to fail.

Unlike most other Star Wars content I had consumed, the events of Rogue One make it clear that the Rebel Alliance is not a straightforward force for good. Its people are not always perfect themselves. The rebellion stumbles quite often, and as the Death Star begins its path of devastation across the galaxy, it seems as though the rebellion is powerless to stop it.

The Strongest Stars Have Hearts of Kyber

But “rebellions are built on hope,” as Cassian tells Jyn with his tongue in his cheek, neatly tying Rogue One to the narrative thread that runs through every Star Wars movie. And that is the gift of the film: it is a story filled with hope, even in the face of the worst evil imaginable.

Wherever the characters start from, whatever trauma and baggage they bring to the story, they all ultimately choose hope, however slim a chance it may be. We watch Jyn, Cassian, and the rest of the cast grapple with their apathy and fear, and despair and then choose to confront and overcome those feelings. Rogue One is a story about ordinary people choosing to be extraordinary, and that is an incredibly powerful and beautiful narrative arc to witness.

Rogue One will forever be the Star Wars movie of my heart. After that first viewing, I fell headfirst back into the Star Wars fandom. I was back. I re-watched all the movies, inhaled all the available television shows, and cannonballed into the new books and comic storylines. I even got a tattoo of Jyn’s kyber crystal necklace—that’s the level of latent Star Wars fandom that Rogue One reawakened.

And this is why I was so excited to finally see Rogue One on an epically huge IMAX screen. It took a single throwaway line from A New Hope’s opening crawl and turned it into a gritty, hopeful, heartbreaking story, one that allows its characters to be flawed and complicated and yet still choose to do the right thing.

The movie unapologetically asserts the right for anyone to be a hero, not just a Skywalker or a Kenobi or a Solo, and that is what makes it such a remarkable and inspiring film.

The strongest stars have hearts of kyber, and I can’t wait to see them again.

Rogue One: A Star Wars Story will be rereleased in select IMAX theaters from August 26 – August 31, 2022. Follow us here for the latest on movies in theaters now.

Vince McMahon’s Net Worth is Beyond Belief, Even After Stepping Down From WWE Amidst Assault Allegations