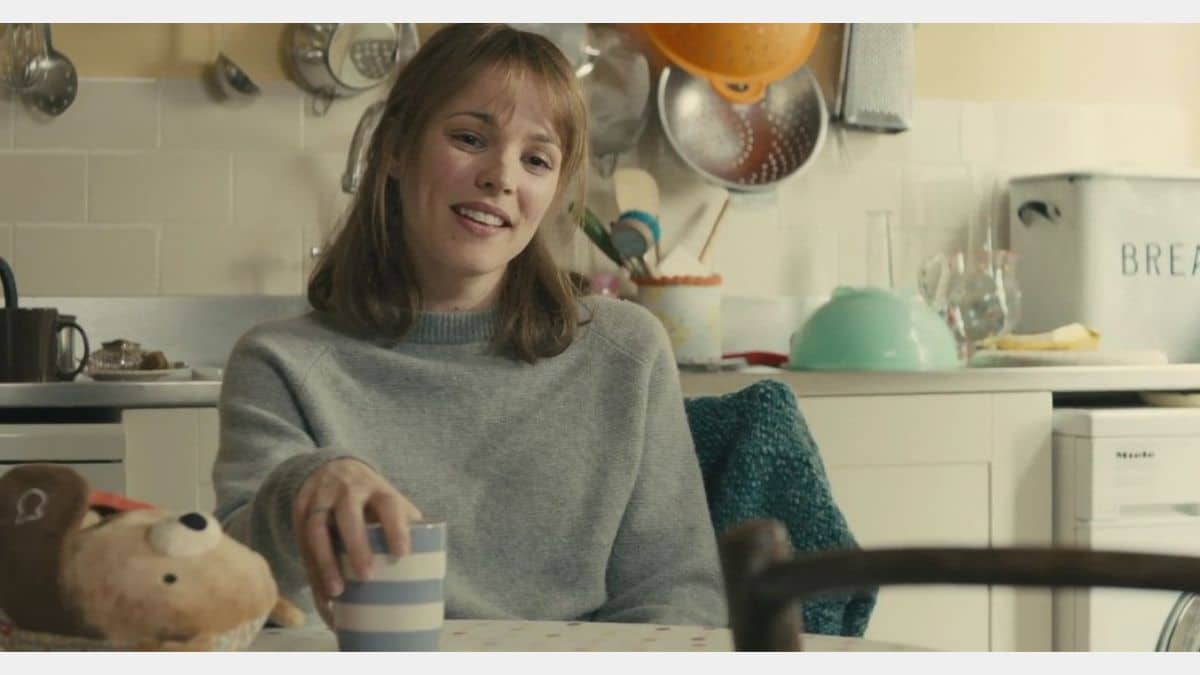 Redditor u/daddychill931 requested, “Romantic movies that aren't too gooey. My girlfriend wants to watch a movie tonight and likes romantic movies. I like twisted movies, anything a bit out of the ordinary, thrillers, action, police, and arthouse.”

They continued, “The only movie genre I really hate is gooey romantic movies. Any suggestions for something that's in the middle?” Reddit responded with these non-gooey romantic gems in no particular order.

Forgetting Sarah Marshall is a hilarious film starring Jason Segel, Mila Kunis, Kristen Bell, Russell Brand, and Paul Rudd. After Sarah (Bell) cheats with Aldous (Brand) and breaks up with Peter (Segel), he goes to Hawaii to clear his head.

Unfortunately, he books a vacation on the same island as Sarah and Aldous on their getaway. Fortunately, Rachel (Kunis) takes pity on Peter and becomes a good friend.

Patrizio “Pat” Solitano Jr. (Bradley) is a man with bipolar disorder who moves back in with his parents (De Niro and Weaver) after being released from a psychiatric hospital.

While determined to win his estranged wife back, he meets an eccentric young widow Tiffany Maxwell (Lawrence). She offers to help him win his wife back if he enters a dance competition important to her.

Eternal Sunshine of the Spotless Mind is a romantic science fiction drama that tells the story of two estranged lovers erasing each other from their memories. Clementine Kruczynski (Kate Winslet) erases Joel Barish (Jim Carrey) from her mind with the New York City firm Lacuna.

After discovering what she's done, Joel arranges the same procedure. However, partway through, he decides he can't let her go and tries to hide her way in the corners of his mind.

It Could Happen to You is a romantic comedy-drama that follows a plot inspired by a real-life news story of a New York City police officer (Nicholas Cage) and his generous gratuity.

After not having enough to tip, he promises a server (Bridget Fonda) that he will share his winnings if he wins the lottery. It co-stars Rosie Perez as his less than generous wife.

The Wrong Missy is a romantic comedy without any of the goo! It tells the story of a businessman, Tim (David Spade), who accidentally invites the wrong Missy (Lauren Lapkus) to his Hawaiian work retreat.

Missy is an oddball who shakes things up, parties like a rock star, and is certified in everything. She ultimately helps Tim with his career, and they grow close despite his initial fear of her crazy shenanigans.

The Family Man is a romantic fantasy comedy-drama that's a modern-day; It's a Wonderful Life. It stars Nicolas Cage and Téa Leoni, and Don Cheadle.

Jack and Kate (Cage and Leoni) were college sweethearts until Jack went to London for an internship. Kate was terrified that it would ruin the relationship, but he assured her.

Nonetheless, thirteen years late, he's a millionaire bachelor. After a strange robbery encounter at a convenience store, Jack goes to bed but wakes up next to Kate, and they have two kids. Naturally, he freaks out, and hilarity ensues.

Warm Bodies is a paranormal romantic zombie comedy that tells the story of a young woman (Teresa Palmer) developing a relationship with a zombie (Nicholas Hoult). Eventually, romance blossoms between the two, and her love slowly return him to human form.

Redditor aWolfeinIdaho admitted, “I thought Warm Bodies was going to be so stupid, but it was actually pretty enjoyable.”

Palm Springs is a science fiction romantic comedy that follows two strangers (Andy Samberg and Cristin Milioti) who meet at a wedding, hook up, and then find themselves stuck in a time loop with another person (J. K. Simmons).

About Time is a British science-fantasy and comedy-drama film starring Domhnall Gleeson, Rachel McAdams, and Bill Nighy. It follows Tim (Gleeson) as he attempts to time travel to change his past to improve his future.

He meets Mary (McAdams) and falls in love with her. However, Tim discovers his time-traveling gift can't shield him or his loved ones from the problems of everyday life.

The One I Love is a romantic comedy thriller that follows a couple (Mark Duplass and Elisabeth Moss) whose marriage is crumbling and who have an extraordinary experience during a weekend getaway at a house recommended by their therapist (Ted Danson).

Did Reddit help find you the perfect romantic movie without all the mushy-gushy gooey-goo? Check out these action romantic films for more date night ideas.

27 Audrey Hepburn Movies (And Why We Love Them)