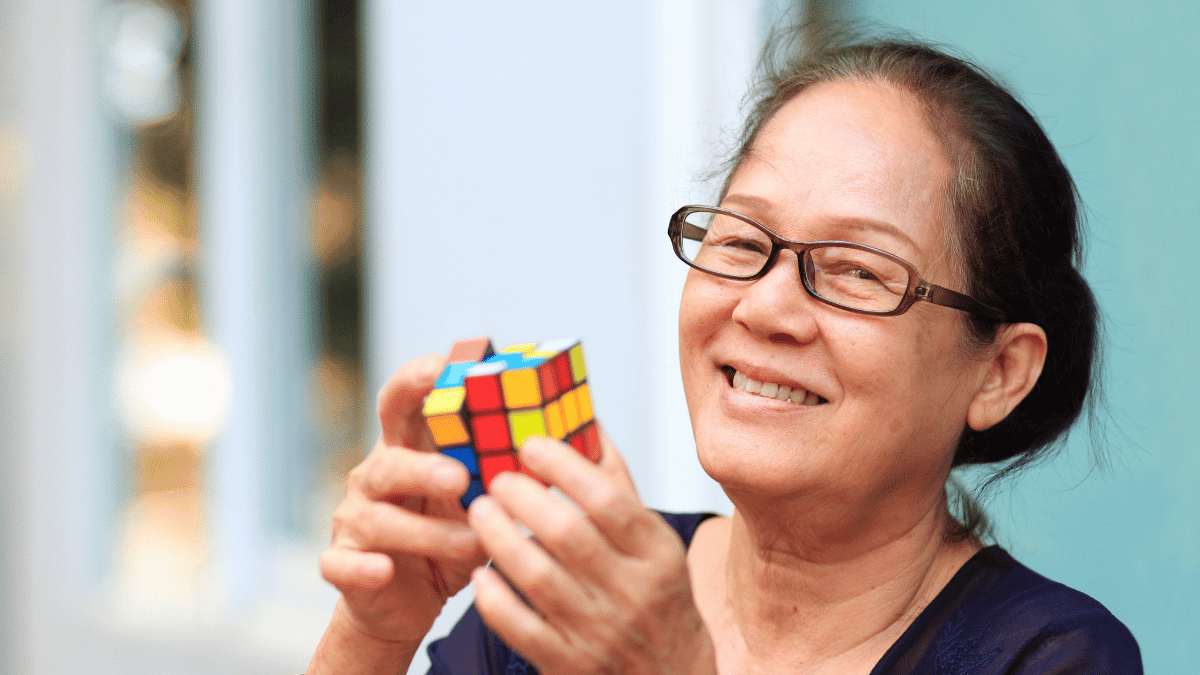 How the beloved toy became the most popular and best-selling toy in the world.

Perfect for All Ages

The multi-colored three-dimensional cube, otherwise known as the Rubik's cube, fills shelves and homes of devoted cubers and nostalgia lovers to this day. Still, it underwent a custody battle and legal action to obtain the status it has today.

Initially invented in Hungary in 1974, the cube has emerged into an adored puzzle perfect for all ages. Since its invention, Rubik's cubes have inspired several toy manufacturers to design their own products based on the original concept. Some of the best puzzle variations include the ghost cube, the impossible cube, the 33x33x33 cube, and the stickerless twist.

The Rubik's cube uses its tools as teaching points for science, math, and art, but how did this mystical puzzle originate?

In 1974, Ernő Rubik taught architecture and design at the University of Budapest, but the class that led him to his profound invention was “Descriptive Geometry.” Throughout this course, Rubik urged his students to learn about three-dimensional issues with two-dimensional pictures.

Rubik intrigued his classmates further with a three-dimensional wooden cube he called “The Magic Cube.” He used wood, tape, paper, and rubber bands to hold the object together. In addition, he placed stickers on each open square to help his students follow the lesson.

Each face of the cube had nine individual pieces, and Rubik decorated each face with red, orange, yellow, green, white, and blue stickers. The same colors remain on official cubes today.

While great in theory, his idea quickly ran him into territory he couldn't get himself out of. Rubik had scrambled the cube and did not yet know the solution to solve the puzzle. But, as all great mathematicians would, he took the cube home, worked on it for a month, and solved the mystery.

A year later, Rubik applied for a patent for the magic cube as a spatial logic toy. However, toy distributors met him with disinterest since his “toy” did not resemble any other popular toys in stores. Finally, in 1977, one company picked up the toy and created 5,000 plastic iterations.

The success began small, but Rubik faced further issues with distribution because Hungary was still under communist control. So Rubik pitched the cube to international toy fairs to spread the word.

In 1979 Tom Kremer, a toy inventor, and owner of the company Seven Towns Ltd. stumbled upon the Magic Cube cube during his annual visit to the International Toy Fair in Nuremberg, Germany.

Since Kremer was also Hungarian, he communicated with Rubik and promised he could popularize the toy. In 1980 Kremer sold the Magic Cube to Ideal Toy, who renamed the puzzle after Rubik's moniker. Between 1980 and 1983, the company raised a generous profit by selling 300 million Rubik's cubes.

The legal ramifications took 15 years to settle, but soon Kremer and Rubik had a fair share of the rights and the profits.

The Rubik's cube is the best-selling toy of all time, with over 43 quintillion ways to solve the puzzle. Spin Master is the leading distributor of the toy. In 2022, the Rubik's cube industry still totals about five billion dollars, making Rubik's net worth $100 million from royalties.

According to an article published in The Sun, using a Rubik's cube during overwhelming situations or anxiety spikes can reduce stress and refocus you back to the present moment.

Since the cube originated in a math-based class, it is no wonder the puzzle strengthens analytical thinking and problem-solving skills. When we see a scrambled cube and hold it in our hands, our brains immediately think of solutions. When you do this repeatedly, your brain strengthens problem-solving skills in other areas. As a result, you gain knowledge and improve your memory as well.

Cubes also can improve speech. How? Since it helps users with their problem-solving skills, spatial relationships, and discovering patterns, speech therapists give their patients cubes during sessions and notice the improvements translate to their communication skills.

Professors and professionals use Rubik's cubes to teach about particles in physics, group theory in science, and mathematics and help individuals with Obsessive-Compulsive Disorder in therapy sessions.

For starters, Rubik made the original cube out of wood and then became a plastic toy a few years later, but it was difficult to turn because of the cheap material used.

Today, speed cubes are one of the most popular subgenres of Rubik's cubes. Speed cubes implement materials with less chance of friction and a smoother core that is easier to move. In addition, some speed cubes have magnets on the interior to reduce the time spinning the faces. With the magnets, the relationship between them quickly clicks the faces together, so solvers can reduce their time.

Speed cubes use high-quality plastic, metal, and sometimes magnets to help the cuber solve a cube faster than a standard cube. Competitive cubers use speed cubes during competitions. The current record for a traditional 3x3x3 cube is 3.47 seconds by speedcuber Yusheng Du.

Some interesting puzzle variations include a sudoku cube where each face has a sudoku puzzle on it. The goal is to align every face with the numbers in order.

The Pentamix cube barely fits in two hands. This cube is the hardest to solve in the world, with 1200 stickers and 975 pieces.

The 1x1x1 is perfect for a gag gift or a shelf object. Rubik's sells singular pieces of Rubik's cube cubes to illustrate that even the most complicated puzzles start with singular pieces.

Rubik's cubes have evolved into several variations since their invention in 1974. However, after experiencing legal battles, new product models, and different distributors, they remain the best-selling toy of all time.

Can You Solve It?

Do you have what it takes to solve a Rubik's cube? Join the 5.8 % of the population that can solve the toy.

The Office: A Character Face-Off