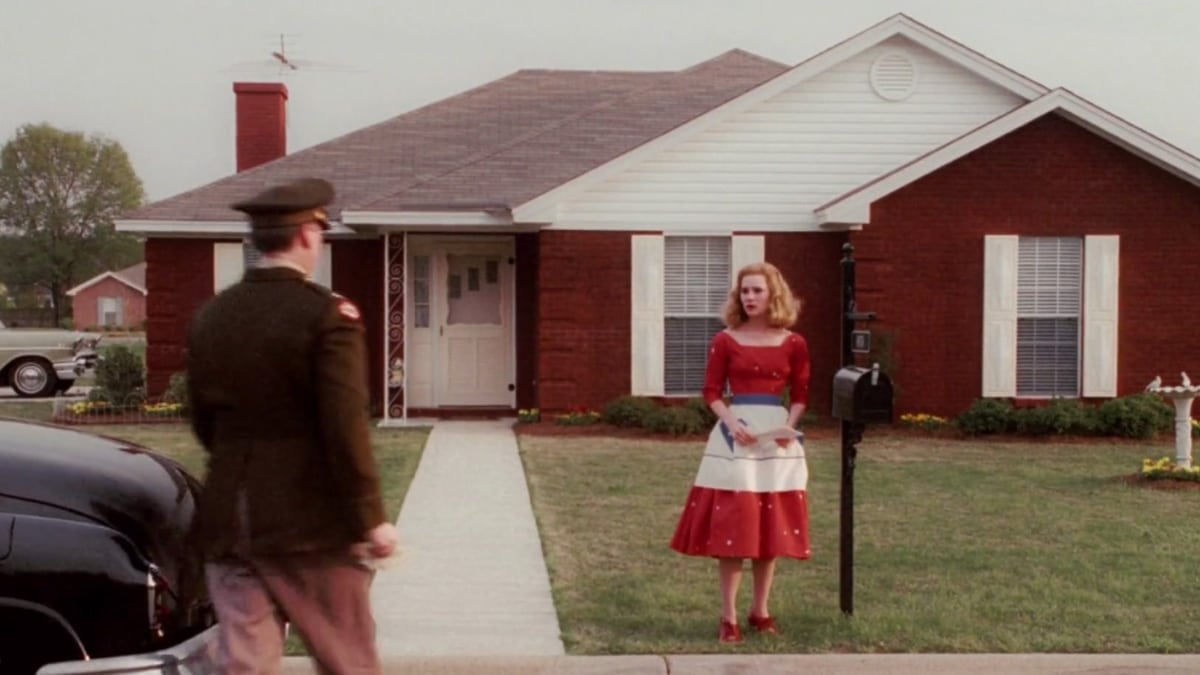 Are you a sucker for films with endings that make you cry? Me too! Whether romantic or tragic, a movie that can pull that emotion usually tells an incredible story. Recently someone asked, “I'm looking for films with endings so sad or beautiful that you struggled to hold back tears.” Here are the internet's top-voted choices.

About Time is a British rom-com on many movie lists. It follows a man (Domhnall Gleeson) who time travels and falls in love with a beautiful young woman (Rachel McAdams). The film also stars Bill Nighy. LetsBeginwithFritos added, “Yes. Sweet. Sad. Rom-com, but a father-son movie is the heart of it.”

Inside Out is a Disney-Pixar computer-animated story about five personified emotions administering her thoughts inside the mind of a young girl dealing with moving and her new surroundings. “Bing Bong!” It stars the voices of Amy Poehler, Mindy Kaling, Phyllis Smith, Richard Kind, Bill Hader, Lewis Black, Kaitlyn Dias, Diane Lane, and Kyle MacLachlan.

What Dreams May Come is a fantasy drama and underrated Robin Williams film. It follows a man (Williams) dying in an accident and entering Heaven. However, he learns that his beloved wife (Annabella Sciorra) killed herself out of grief over the loss. So he embarks on an adventure in the afterlife to reunite with her. It also stars Cuba Gooding Jr.

A Redditor summed this romantic sci-fi psychological thriller up best. They said, “Vanilla Sky is great. What hits home at the end is it's not about the plot twist. It's really about the consequences. I think that's a primal emotion in people.”

“Everyone has made a mistake, maybe not as bad as David (Tom Cruise) in the film, but a mistake for which they had to face the consequences. And at a certain point, face them. It's a great commentary on human nature and how we grow. The sweets are never as sweet without the sour.”

Manchester by the Sea is a psychological drama following a grief-stricken man (Casey Affleck) who is accidentally responsible for his three children's deaths as he cares for his teenage nephew (Lucas Hedges) after his brother dies. It also stars Michelle Williams and Kyle Chandler. One Redditor stated, “Michelle Williams is beyond amazing in this. She slays the soul.”

La La Land is a romantic musical comedy-drama following a struggling jazz pianist (Ryan Gosling) and an aspiring actress (Emma Stone) falling in love while pursuing their dreams in Los Angeles. It also stars John Legend, Rosemarie DeWitt, Finn Wittrock, and J. K. Simmons. A user said, “La La Land had everyone in the theater silent then crying together at the end when I saw it opening weekend.”

It's a Wonderful Life is a family Christmas drama fantasy classic following a man (James Stewart) who, after experiencing suicidal thoughts on Christmas Eve, meets his guardian angel, Clarence Odbody (Henry Travers). The story has a Charles Dickens's A Christmas Carol undertone, and the American Film Institute recognizes it as one of the 100 best American films ever made.

One Flew Over the Cuckoo's Nest is a psychological comedy-drama starring Jack Nicholson as a new patient at a mental institution alongside Louise Fletcher playing a stringent nurse. He breathes life into the place, and she does what she can to put it out. It also stars Will Sampson, Danny DeVito, Christopher Lloyd, Sydney Lassick, William Redfield, and Brad Dourif.

What do you think? Did Reddit get this right, or is your favorite tearjerker not on the list? Check out these ten tragic movies that will make you ugly-cry.

How Does Venmo Make Money? Here Are 8 Ways