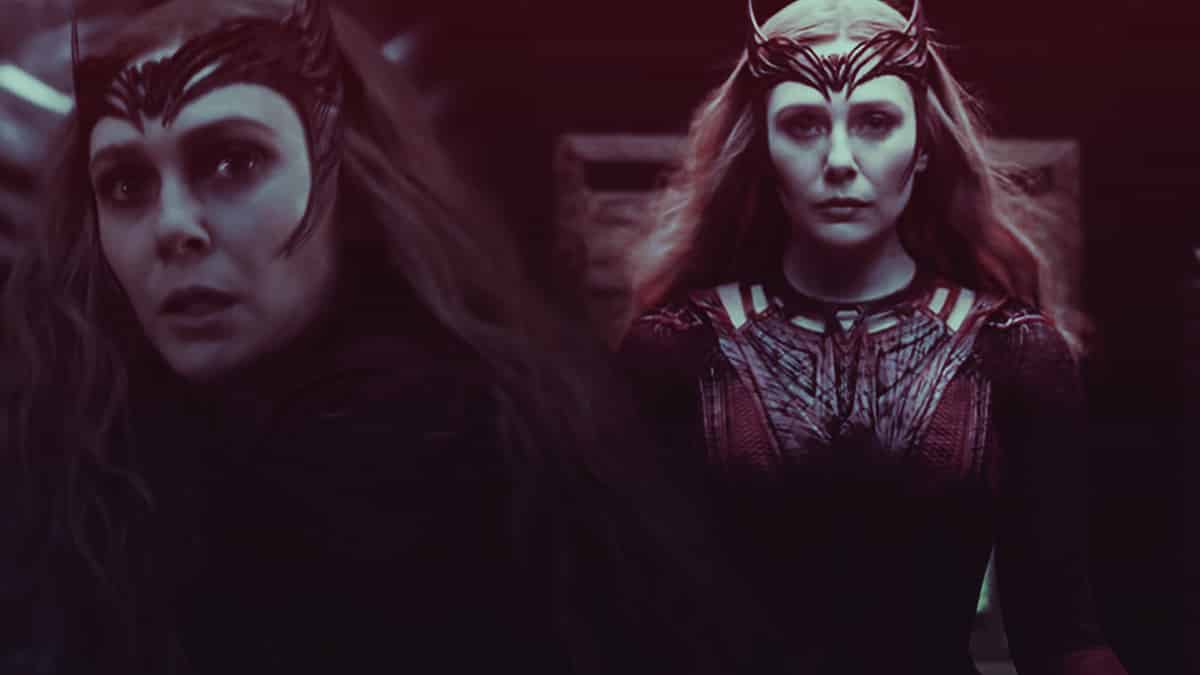 For the second time in the history of the Marvel Cinematic Universe, a major film was led by a female villain—the first was in Thor: Ragnarok with Thor’s evil sister Hela. This time, the villain in question is none other than Wanda Maximoff donning the persona of The Scarlet Witch.

Though, many who haven’t seen Doctor Strange in the Multiverse of Madness may be confused to hear this. Didn’t Wanda realize the error of her ways in Avengers: Age of Ultron and again in the finale of Disney plus’ WandaVision? Perhaps. But it seems Marvel is setting Wanda on the “healing is not linear” course. In Multiverse of Madness, she’s as much of an antagonist as we’ve ever seen her.

The film was a definite nod to the horror genre as the director—Sam Raimi—is well known for directing movies like The Evil Dead, Poltergeist, and Don’t Breathe. The Scarlet Witch’s villainy and relentless determination throughout helped Multiverse of Madness accomplish that occult, horror tone because her appearances onscreen were genuinely terrifying.

All things considered, the film belonged to Wanda just as much as did to Dr. Strange. Multiverse of Madness acted as a continued exploration of Wanda’s grief—and subsequent anger—from previous MCU projects, which also makes her one of the more nuanced Marvel villains to date. Coupled with the depiction of Wanda’s grief, Multiverse of Madness also examines female rage like we’ve never seen from the studio giant.

At one point in the movie, Strange finds Wanda to ask for help in navigating the multiverse. She declines; in fact, she already has her own plan to gain the power of the multiverse for herself. When Strange points out the danger—and, frankly, corruption—in Wanda’s soon-to-be exploit, she tells him, “You break the rules and become a hero. I do it, I become the enemy. That doesn’t seem fair.”

Notably, in Spider-Man: No Way Home Dr. Strange also tampered with the multiverse, enacting this dangerous task as a mere favor to teen-aged Peter Parker. This causes five villains from two other SpiderMan universes (and poor Venom lest we forget) to then wreak havoc on the most current Marvel universe.

Thus, Wanda’s declaration to Strange about who gets to be the hero of this story is a valid point, and her clear melancholy and anger over the blatant sexism are understandable. In fact (whether intentional or not) Wanda’s words feel like meta-commentary on Marvel's own discrepancies regarding how their female (anti) heroes are treated in comparison to their male counterparts.

Moreover, many have argued how Wanda’s portrayal in Multiverse of Madness regresses her character arc; however, as Amelia Emberwing explains in an article for IGN, Wanda’s motivation in the film makes total sense.

First: it’s important to recognize the Darkhold was influencing Wanda’s worst impulses. Regardless, it’s clear Wanda still harbors some anger (and rightfully so), which the Darkhold was able to manipulate, over the lack of control she seems to have over her life.

For all of her power, she wasn’t able to save any member of her family (mother, father, brother, lover, and children) from certain harm. Despite serving in the Avengers, she has no immediate friends to lean on. Strange even knew of her location after the events that occurred in Westview, and only came to Wanda when he needed help, not the other way around.

What’s more, the only other witch she’s met thus far—Agatha Harkness—who could’ve been her ally (shouldn’t witches stick together?), manipulated her with the intent to destroy her for good. All in all, I wouldn’t blame Wanda if she has yet to reach a stable healing point, especially after the events that transpired in WandaVision, not in spite of them.

Furthermore, Elizabeth Olsen continues to masterfully portray Wanda Maximoff, with simultaneous care and grit. As a viewer, you can't help but root for her alongside this story’s hero. Wanda is a woman repeatedly scorned, and her rage is well-deserved even if misplaced. After all, grieving can be messy. If we’re going to praise Marvel for the accuracy in how they’ve depicted grief, then it only makes sense that anger and rage get demonstrated and validated too.

For all of her flaws, The Scarlet Witch in Multiverse of Madness perseveres, refusing to be used, dismissed, or patronized by Strange or anyone else. Maybe I have a soft spot for unhinged, villainous women, but now we know just how frightening it is to stand in the way of The Scarlet Witch.

Recognizing Optimism Bias: Are You an Irrational Optimist?