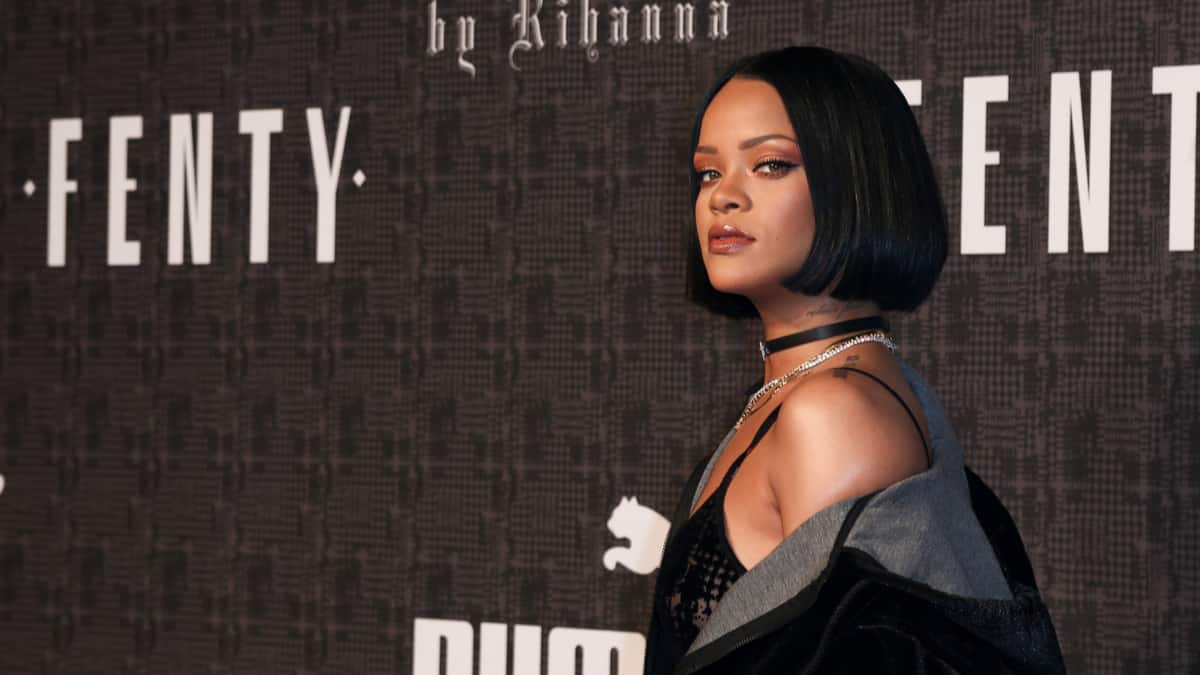 Just 327 of the world's 2,668 billionaires are women–most of whom inherited their money. However, 101 ladies, including 11 who share a fortune with their spouse, created it themselves.

The richest self-made female billionaires are worth a combined $355 billion, making their fortunes in various industries, including biotech, manufacturing, and technology. Here are the top 26.

Thanks to her cosmetics company KKW Beauty and shape wear line Skims, Kim Kardashian's net worth is $1.2 billion. Brand agreements, modest investments, endorsements, and reality television are other sources of her revenue.

Filippino Betty Ang is the president and co-founder of Monde Nissin, one of the Philippines' largest food manufacturers of instant noodles. Monde Nissin is co-owned by her husband's family, who owns PT Khong Guan Biscuit Indonesia.

She is also the co-owner of Badoo, a dating-focused social network.

In 1997, Radha Vembu began her profession as a product manager at Zoho Corporation, an Indian software development firm. She now holds this title even though she is the CEO of Zoho Workplace, which manages a staff of 250 people and the company's products.

Her brother, Sridhar Vembu, founded AdventNet in Chennai in 1996. She is also on the boards of Janaki Hi-tech Agro Private Limited and Highland Valley Corporation Private Limited, with a net worth of US$ 1.5 billion.

Rihanna is one example of a famous artist who has parlayed her success into a fortune. Her company, Fenty Beauty, was founded with the help of the #Fenty social media campaign that helped make her Barbados' first billionaire. She is the second-richest female entertainer after Oprah Winfrey, thanks to her brand of cosmetics, Fenty Beauty, and a 30% stake in Savage X Fenty lingerie company.

Sandberg is a technology executive with an estimated net worth of $1.8 billion. She was the former COO of Facebook and recently resigned from her position. Her feminist “Lean In” campaign encourages women to aim for top jobs and highlights gender discrimination in the workplace.

The co-founder of the social and e-commerce website Xiaohongshu (Little Red Book) was Miranda Qu. Since its inception in 2013, Qu's business, which has links with big names, including L'Oreal, has been compared to Instagram and Amazon.

Eren Ozmen, an immigrant from Turkey, saw her wealth increase by more than a billion dollars this year, owing to the Sierra Nevada Corp.'s aerospace firm, which she and her husband own.

They divested the DreamChaser space plane and related businesses into a new company Sierra Space.

Winfrey, worth roughly $2.7 billion, amassed a fortune in a pull-yourself-up-by-the-bootstrap self-made manner while overcoming poverty and prejudice, among other challenges.

She became the first African-American anchor when she was 19 years old. She became the most successful daytime talk show in America with The Oprah Winfrey Show, which ran for 25 years, earning her profits of US$ 2 billion. OWN: Oprah Winfrey Network was established in 2008 as a joint project with Discovery Communications. In 2015, she acquired a 10% stake in Weight Watchers International Inc.

South Korea's Yoo Jung-Hyun co-founded and owns 14% of Korea's biggest video game company, Nexon. She co-founded Nexon with her husband, Kim Jung-Ju, who retired from management in 2006. He died in February 2022 at age 54.

Kiran Mazumdar-Shaw, the founder, chairperson, and managing director of Biocon Limited, is India's wealthiest self-made woman, with a net worth of US$ 3.9 billion. After facing discrimination in the brewing business, Shaw determined to start a pharmaceutical firm with just three workers in 1978.

However, in 1979, Shaw recognized the opportunity and took advantage of the swiftly-developing biotechnology industry by establishing and supplying enzymes to the United States and Europe from a shed in Bengaluru. The firm went public in 2004 and hit US$ 1 billion on its debut day.

Source of Wealth: Beauty and Fashion

Nykaa, the beauty and fashion retailer founded by Falguni Nayar, has made her a self-made billionaire. She is now India's wealthiest self-made female, valued at $4.5 billion due to her company's success.

Whitman is the third wealthiest woman in America, with a net worth of $6.1 billion. She built her fortune as the CEO of eBay Inc., which grew from US$5.7 million in 1998 to US$8 billion in 2008 while running it.

She is an American businesswoman who served as the CEO of Hewlett Packard Enterprise (2011 to 2015) before becoming Quibi's (2018 to 2020). She is also a board member at Procter & Gamble and Dropbox.

Canva app co-founder and CEO Melanie Perkins is one of the youngest female CEOs of a tech start-up. She is also one of Australia's wealthiest women.

Source of Wealth: Health It

Judy Faulkner began Epic Software in a basement in 1979. Today, Epic Software is utilized by leading hospitals and other customers to keep track of medical data on over 225 million patients.

Zhou Qunfei had to leave school to work as an assembly worker in a watch lens factory so she could support her family. She started taking accounting classes at night and kept her entrepreneurial spirit alive. She invested just US$ 2,500 in her first company, which was creating watch lenses, in 1993.

She is the creator and CEO of Lens Technology, producing smartphone displays for well-known manufacturers such as Samsung, LG, and Microsoft. After a successful IPO in 2015, her stock investments made her the world's wealthiest self-made woman.

Source of Wealth: Agriculture and Water

Established in 1978, Wonderful Pistachios is a brand of pistachio nuts grown by the Wonderful Company. The company is based in Santa Monica, California, and produces a variety of food items.

Resnick is the vice-chair of the Wonderful Company, which owns popular food items like Wonderful Pistachios, Pom Wonderful, mandarin Halos, and Fiji Water. Resnick and her husband Stewart founded the company in the late 1970s. She heads up marketing and product development and won a Gold Effie Award for her efforts.

Zhong Huijuan is the founder and Chairwoman of Hansoh Pharmaceuticals, a firm that develops drugs. She served as a chemistry teacher before establishing the company in 2015. Huijuan chairs the firm with her daughter and owns more than three-quarters of its shares.

The Chinese entrepreneur owns Biel Crystal Manufactory in Hong Kong, which she and her husband Yeung Kin-man established in 1987. With a net worth of US$ 9.1 billion, the glass screen manufacturer for smart gadgets is the largest supplier to prominent companies like Apple, Samsung, and Sony.

She also co-owns the real estate firm High Grand Development with her husband.

Wang is the co-founder and chairwoman of the Luxshare Precision Industry, a cable and connector manufacturer in China. Apple was one of her most prominent customers; Luxshare produces iPhone charging cables and accessories. Wang began the company with her brother in 2004 and went public on the Shenzen Stock Exchange in 2010.

Source of Wealth: Retail and Gas

Judy and Tom Love launched Love's Travel Stops & Country Stores in 1964. In the early days, Judy handled the finances and still serves as executive secretary of the business.

Hendricks is the chairperson of ABC Supply, the country's largest roofing material supplier. Hendricks, who started the firm with her late husband in 1982, has built it from three locations to 811 and increased annual revenue to more than $12 billion.

Wu Xiaoling is a prominent Chinese self-made woman billionaire who started her career as a factory worker. She then worked as a journalist before co-founding a real estate investment company, Longfor Properties, with her ex-husband.

Rafaela and her spouse, Gianluigi, founded the Mediterranean Shipping Company in 1970. It has 600 vessels operating in 155 countries, making it the world's most extensive shipping line. The couple's average net worth is expected to rise by $6 billion as global supply chain issues boosted container shipping firms' earnings.

Fan Hongwei leads the Hengli Petrochemical, an oil refining and chemical fiber firm based in China. She began her career as an accountant. In 1994, Fan and her spouse took out a loan to acquire a failing textiles factory in Wujiang, Suzhou. As general manager, she rebuilt the firm and expanded it from a factory into one of China's and the world's most extensive fiber producers.

The list of self-made women billionaires inspires us, especially considering the diversity of industries, countries, and even age ranges.

Frugal Living Tips When You Have a High Cost of Living

How to Make Passive Income: 35 Ideas

‘Star Trek: The Original Series’ Revisited: “Where No Man Has Gone Before”

The 8 Richest NFL Players in Football History – Ranked in Order