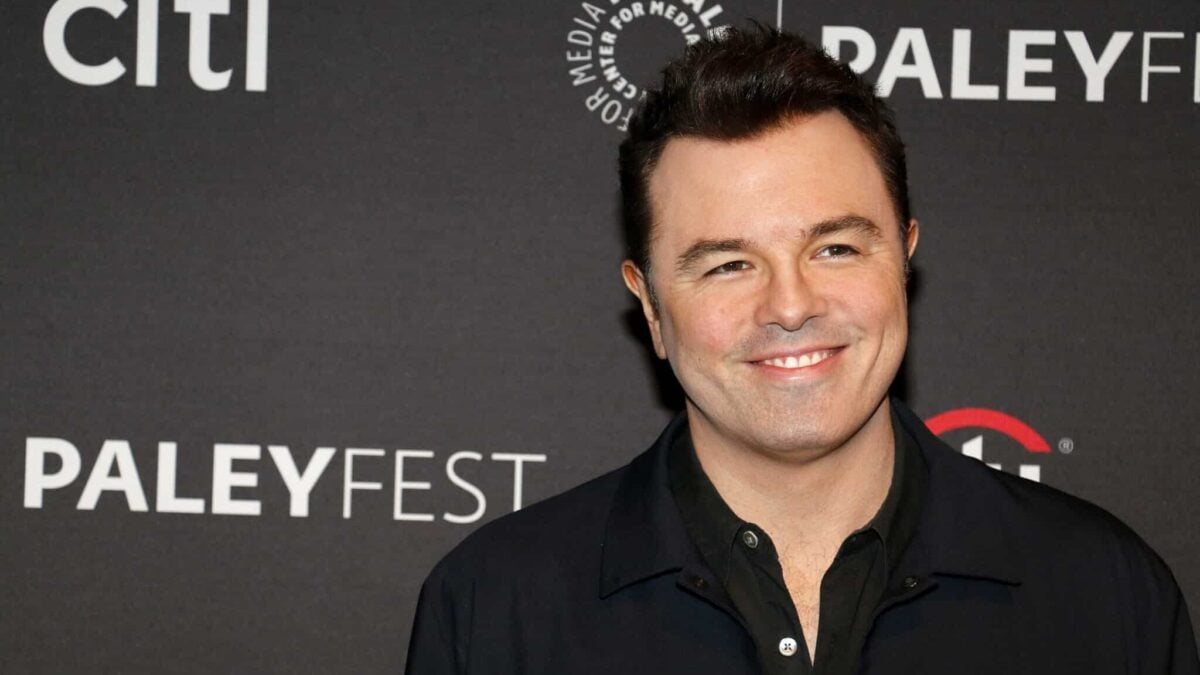 Movie and television personalities are generally quite wealthy individuals, especially if they manage to secure regular work. But there are a select few that can produce, write, act, animate, and do voice-overs. With such versatile talents, Seth MacFarlane earns well through multiple revenue streams all at once.

It’s multi-millionaire minds like this that attract our attention and pique our interests. Just how much is the Seth Macfarlane Net Worth figure? Join us, as we look at his bank account and walk you through how he made his massive earnings.

What is Seth MacFarlane's Net Worth?

Seth MacFarlane has been making money in animated television and Hollywood films from an early age, earning him an estimated $300 million net worth to date. His biggest animated hit was Family Guy, which launched its 20th season in 2021. More of MacFarlane’s own film creations have included Ted, Ted 2, and A Million Ways to Die in the West.

Seth was born in Kent, Connecticut on the 26th of October 1973. He spent most of his life at school in the small town until he moved off to college in Rhode Island.

His fascination with film and animation piqued at an early age and was inspired by cartoons like Woody Woodpecker and The Flintstones. In high school, Seth was already a budding cinematographer and spend much of his time shooting creative short films. As such, his cinematic tertiary studies were a no-brainer. After school, he pursued studies in film, video, and animation at the Rhode Island School of Design (RISD).

It was in college that he created his first successful animated character series, The Life of Larry, which landed him an immediate job at Hanna-Barbera Productions fresh out of college. Hanna-Barbera was then bought out by Turner Broadcasting Systems, who used its catalogue programming for the Cartoon Network.

How Has Seth MacFarlane's Net Worth Been Earned?

The whopping Seth MacFarlane net worth is a stream that has been generated through various avenues. The man’s versatile talents have put him on the cutting edge of film and television production.

Seth has been involved in professional animation since leaving college and has set several landmarks in this television genre. Having come straight out of school to work with Hanna-Barbera in 1995, he has done some work on some Cartoon Network hits you may be familiar with. These include Cow and Chicken, I am Weasel, Johnny Bravo, and Dexter’s Laboratory, to name a few.

In 1996, MacFarlane created an updated version of the Life of Larry, called Larry and Steve. This story followed the plot of a middle-aged man and his genius dog. It aroused the attention of Fox, who then asked Seth to pitch them a fresh idea for a new animated series. This is when Family Guy was born.

Family Guy has been the cash cow that has bolstered most of the Seth MacFarlane liquid net worth value. While it has aired for 20 seasons, its genesis in 1999 was not as smooth as you might think. Initially, Fox didn’t like the idea, but after seeing the success of King of the Hill by Macfarlane, they asked him to pitch it again.

He was given a measly $50,000 budget to release the pilot. It was an instant success, and they ordered another season from him. At an age of 24, he was the world’s youngest executive TV producer.

But Macfarlane was not only the producer, director, and animator. He is the star behind many of the voices in the series too. These include main characters like Peter Griffin, Brian Griffin, Stewie Griffin, and Glen Quagmire.

In the early days of the show (2005 to 2008), he was only paid $2 million a season. He managed to renegotiate a $100 million payday for a 5-year deal. After the first 14 seasons of the show, it had already earned a revenue of over $1 billion. That was through syndication deals, DVD sales, and merchandise sales. All a nice bolster to build the net worth of Seth MacFarlane

While Family Guy has been Seth’s largest project, he has had his hand in writing, producing, and animating two other notable animated TV series. These include both the Cleveland Show and American Dad.

If you are thinking Seth’s skills lie solely with animation, you are sorely mistaken. He has created, written, produced, and directed some great Hollywood films. These include:

While you can recognize Seth’s face in the Western comedy, you’ll have to listen out for his voice in Ted. That’s right, he is the voice of the crude Teddy. These films have only helped build Seth MacFarlane's net worth.

While it’s difficult to put a price on the exact returns and royalties from the show, Family Guy has churned millions of dollars from DVD sales alone. Not to mention that there have been umpteen syndication deals along the way. I mean, Disney+ is now airing the show. They were the first to air season 20 in late 2021.

Of Family Guy’s gross revenues an estimated $400 million has come from syndication deals. Of course, Seth gets a percentage of this. He has earned at least $20 million a year in DVD royalties, media rights, and merchandise deals.

How Has the Net Worth of Set MacFarlane Been Spent?

Of course, there is a certain lifestyle that comes with being rich and famous. Things like luxury Rolex watches, fast cars, and mega yachts are usually part and parcel of the game. However, Seth MacFarlane doesn’t seem to live as extravagantly as many other celebs we know so well.

Here are some of the ways the net worth of Seth MacFarlane has been spent:

Macfarlane used to stay in Hollywood Hills but upgraded his digs to a mansion on a blufftop near Malibu’s Bluff Beach. Malibu is residence to some of the most expensive homes in Los Angeles. The ocean views and multi-story houses are part of the reason the area is so affluent.

He spent just under $16 million on his 6,904 square foot home that boasts 5 bedrooms and 6 bathrooms. The home showcases hardwood floors throughout with a formal dining area, living area, and gourmet kitchen. It is fully walled and gated for security and includes a two-car garage and an outdoor spa.

It surprises us that the Malibu house only has a two-car garage. We thought that Seth MacFarlane’s net worth could at least buy him a larger collection of cars.  While he has been seen with some classic American Muscle in the past (a classic 60’s Mustang Cabrio and a blue Dodge Challenger), his most well-known car is his black Maserati cabriolet. However, rumor has it, that the man purchased a Bentley Continental – so he has a weak spot for refinement, too.

One of the coolest cars in his collection is an icon. He owns a perfect replica of the “Back to the Future” DeLorean time machine. But this is more of a showpiece than a daily commuter.

MacFarlane is not only a businessman but a philanthropist. Not all of Seth MacFarlane's net worth is for self-gain. Instead, he does his fair share for charity and aid. He currently supports worthy efforts like Alliance for Children’s Rights, A Place Called Home, Chrysalis, the Los Angeles Police Memorial Foundation, Oceana, and Stand Up to Cancer.

Hollywood is a competitive environment where some make it, and some don’t. Seth’s dedication and training gave him an immediate advantage, but his talents and daring attitude are the true winners at the end of the day. Seth MacFarlane’s net worth of $300 million is a real-life testament to how chasing after your dreams can pay off.

Celebrity Couples That Made Fans Upset