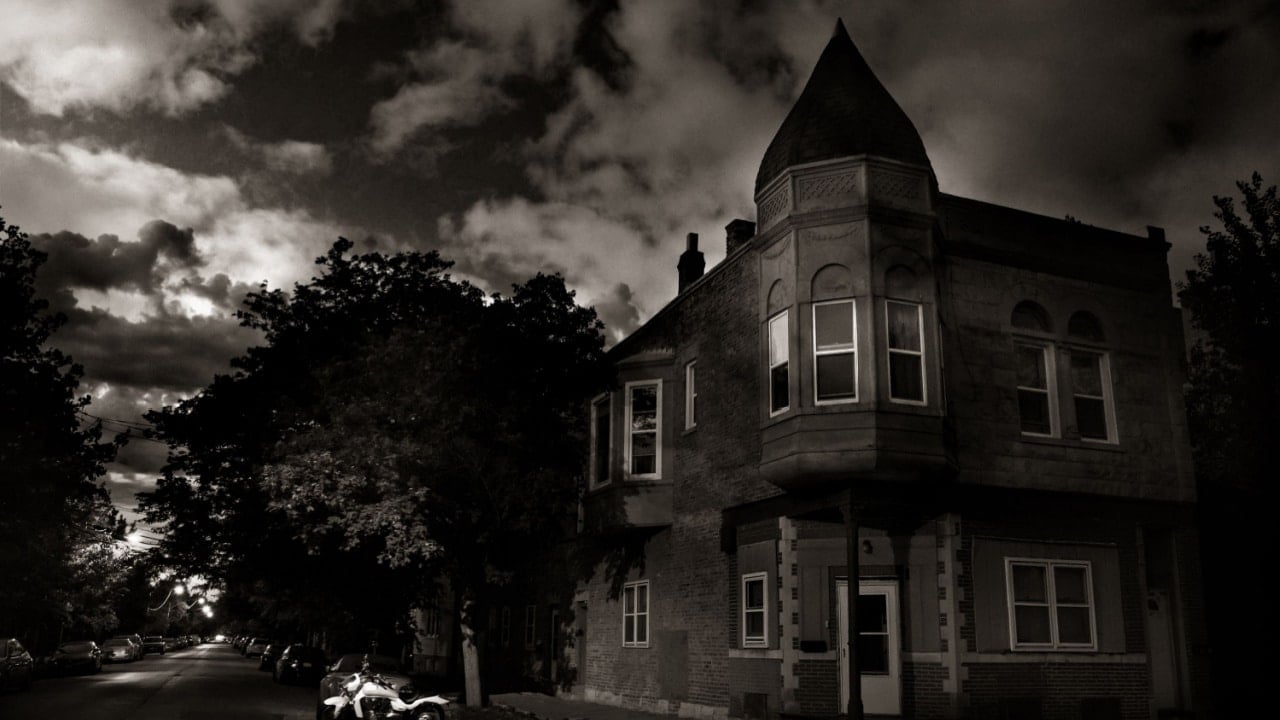 Chicago is a crime tourism town: John Dillinger and Al Capone famously spent time in and ruled the city. But there's also plenty for horror fans to find in the Windy City.

Of course, there are many ghost tours, one of which even combines the gangster and ghost tourism draw for its aptly named Gangsters and Ghosts Tour. But here, I'd like to highlight some smaller spooky spaces that interest those of us who want to make our own tours.

Chicago is filled with independent stores and small businesses, and many cater wonderfully to the many horror fans in the city. From bookstores to antique shops and stores for all your witchy needs, Chicago has many spaces where those who love the scary stuff can spend hours exploring.

Located on the border of Logan Square and Avondale, The Brewed is a horror-themed coffee shop with a name that's a pun on David Cronenberg's The Brood from 1979. The Brewed offers a lovely assortment of coffee, tea, and Italian sodas, as well as a variety of tasty pastries with options for all diets.

In addition, a glass collection case houses toys, books, and a variety of other fun items from horror history. And to top it off, there's a small but exceptionally curated selection of blu-rays and DVDs right by the register.

Right next to and, in fact, directly connected to The Brewed, is Bric a Brac Records and Collectibles. As you can guess from the name, the shop is filled with records and various collectible items.

While the collectibles in The Brewed aren't for sale, Bric a Brac offers patrons the option to buy figures from franchises ranging from Alien to Xena and other collectible items like trading cards.

However, the most exciting part for me as a burgeoning VHS collector is the back of the shop, where shelves are lined with VHS tapes. The tapes include anime, horror, noir, and at least three copies of the Arnold vehicle Eraser at all times.

A twenty-minute walk (or five-minute car ride) from Bric a Brac and The Brewed and located firmly in Avondale is The Horror House. The newest shop on this list, The Horror House, only opened earlier this year, but it's already made a splash as one of the best places for horror fans to visit in Chicago.

The Horror House has a great stock of new and old figures, the requisite DVDs and blu-rays, and a small VHS selection that offers some niche titles.

Where The Horror House shines is its T-shirt and comics offerings. The T-shirts include original designs that wonderfully mix horror and comedy, as well as more standard poster shirts. And the comics run the gamut from self-published independent writer/artist-driven titles to labels like DC and Marvel.

Bucket o Blood has records, movies in almost every format, comics, books, and more. The selection for all items varies from brand-new releases to used copies (they also take trade-ins and offer store credit!).

The selection is unreal: there are independently produced and published movies and books that are nearly impossible to find elsewhere. And the store caters to every flavor of horror, from scary stories for kids to extreme horror that no one under eighteen (or older) should be allowed near.

What's perhaps the most fun, though, is that because the store takes trade-ins, you can find all kinds of non-horror films and comics as well; on my last visit, I bought a VHS copy of 1960's Pillow Talk and a Batman comic. And if you're ever overwhelmed by all the options, the staff is lovely and always willing to help.

Located in Wicker Park, just a short drive from Logan Square and Avondale, you can find Wormhole Coffee.

Wormhole is less specifically interested in horror but more dedicated to the 1980s than The Brewed. Posters line the walls, including original Ghostbusters and Aliens posters and a lovely portrait of the one and only Winona Ryder from the late 80s, and to top it off, the shop houses a scale replica of Back to the Future‘s Delorean.

There are also old books, including a number on Star Wars and Star Trek, and games for patrons to check out. While Wormhole Coffee may not be horror-centric, I'm confident my fellow horror fans will adore its black walls and the 80s aesthetic.

A short walk down Milwaukee Ave. from Wormhole Coffee, you can find this iconic Chicago bookstore. Like Wormhole Coffee, Myopic is not a horror-centric establishment but caters to every type of book lover, including horror fans.

To make it even better (or at least spookier), the horror, suspense, and thriller sections are all located in the store's basement, and there's nothing like perusing horrifying stories underground.

But horror fans may also find something of interest in the comics section on the ground floor, the massive fiction section, or the occult section on the store's top floor. So no matter your mood, there's sure to be something scary to find in the store.

Taking a turn from spaces dedicated to horror books, movies, and collectibles, Malliway Bros. Spells, Charms, & Potions offers occult practitioners everything they need. Whether you've been a practicing witch for decades or have never seen a movie with a witch, Malliway Bros., located in the northern neighborhood of Rogers Park, has something to offer.

The store's aesthetic is delightfully spooky, with taxidermied animals and a variety of skulls adorning the shelves and beautiful rugs across the floor. The store also has a small lounge area with a library of books not for sale but simply for reading and enjoying the ambiance.

The store caters to all occult interests, including new-age Wiccans, LaVeyan Satanists, and all varieties of pagans. And if you've never heard of any of those things, the staff are extremely friendly and always willing to help patrons learn something new.

Like Malliway Bros, Woolly Mammoth Chicago caters less directly to fans of horror books and movies and more directly to those interested in death.

Located in the heart of Andersonville, the store houses a variety of animal skulls, human bones, and taxidermied critters, all of which run the gamut from standard to genetically mutated. But, of course, along with these items are also the more standard vintage ephemera like old books and artwork.

Woolly Mammoth caters to horror fans who want to check out some of the things they've seen on screen in real life in a safe and non-threatening context. It's a vintage and oddities shop that functions almost as well as a museum as it does a vintage store.

A short walk from Wrigley Stadium, you can find this historic movie house (initially built in 1929). The Music Box operates year-round and almost always has at least one horror film playing in either regular rotation as a new release or as part of a repertory program.

This year, the theater began a “Music Box of Horror Presents” series that allows horror fans to see some of their favorite horror films from the past on the big screen at least once per month year-round.

And in October, things really kick into gear to show how much the Music Box loves its horror-loving patrons: the “Music Box of Horrors” offers a twenty-four-hour marathon of films ranging from silents (with a live score!) to new releases and a series of repertory screenings that mean almost every night of the month fans can see a classic on the big screen.

Aside from the fantastic programming, the Music Box is a must-see place for all Chicago visitors simply for its historic architecture. And even without the horror movies, horror fans might be interested in visiting the place because it's haunted by (at least one) friendly ghost.

Haunted Trails is the most different from all the other places on the list for a few reasons. Firstly, it's technically outside Chicago in the suburb of Burbank, but with a car, it's less than an hour's drive, even from the farthest end of the city. Secondly, it's not a small shop or theater; it's a full-on amusement park.

Haunted Trails offers a variety of indoor and outdoor attractions, including a massive arcade and go-karting, but the reason I've included it here is the mini-golf.

Top Places To Explore in the Great Smoky Mountains