After the wrap of Enterprise in 2005, Star Trek TV fans had to wait all the way until 2017 for a new Trek series with Discovery. As of late, the concept has expanded across our own little universe by attempting to create a larger franchise that offers a little something for everyone.

To that end, Star Trek has dropped both an adult-aimed and a child-aimed animation serial with The Lower Decks and Prodigy, respectively. For the latter, it seems a line of toys is a natural next step to solidifying its place in the market.

Created by Paramount Consumer Products in partnership with Playmate Toys, Star Trek: Prodigy is launching its first line of action figures. This opening series will be available through online retailers in October 2022 and will hit brick and mortar shelves in the Spring of 2023. Featuring 14 points of articulation and packed in blister pack style wrapping, these five-inch, 1:14 scale toys will feature the core cast of the show.

“This new lineup we are unveiling is highly focused on playability – we want kids to take the toys out of the packaging and engage in imaginative play as if they were part of the Star Trek world themselves,” said Karl Aaronian, senior vice president of Playmates Toys, in a statement.

The entry lineup will include six main cast members. Team leader Dal R’El (Brett Gray) begins the series as an enslaved humanoid doomed to a life of hard labor on the distant mining planet Tars Lamora, but he escapes thanks to the discovery of an abandoned starship and a lot of help from his newfound friends in the Prodigy group. His action figure sports his trademark hairdo and an additional figure in Murf (Dee Bradley Baker), a cute team mascot of currently unidentified origins.

Other figures include the Medusan Zero (Angus Imrie), the Vau N’Akat Gwyndola (Ella Purnell), the Tellarite Jankom Pog (Jason Mantzoukas), and, of course, Hologram Janeway (Kate Mulgrew) to help guide the voyage through the stars. Meanwhile, a Rok-Tahk (Rylee Alzaraqui) figure is predicted to debut in 2023, rounding out the central cast. 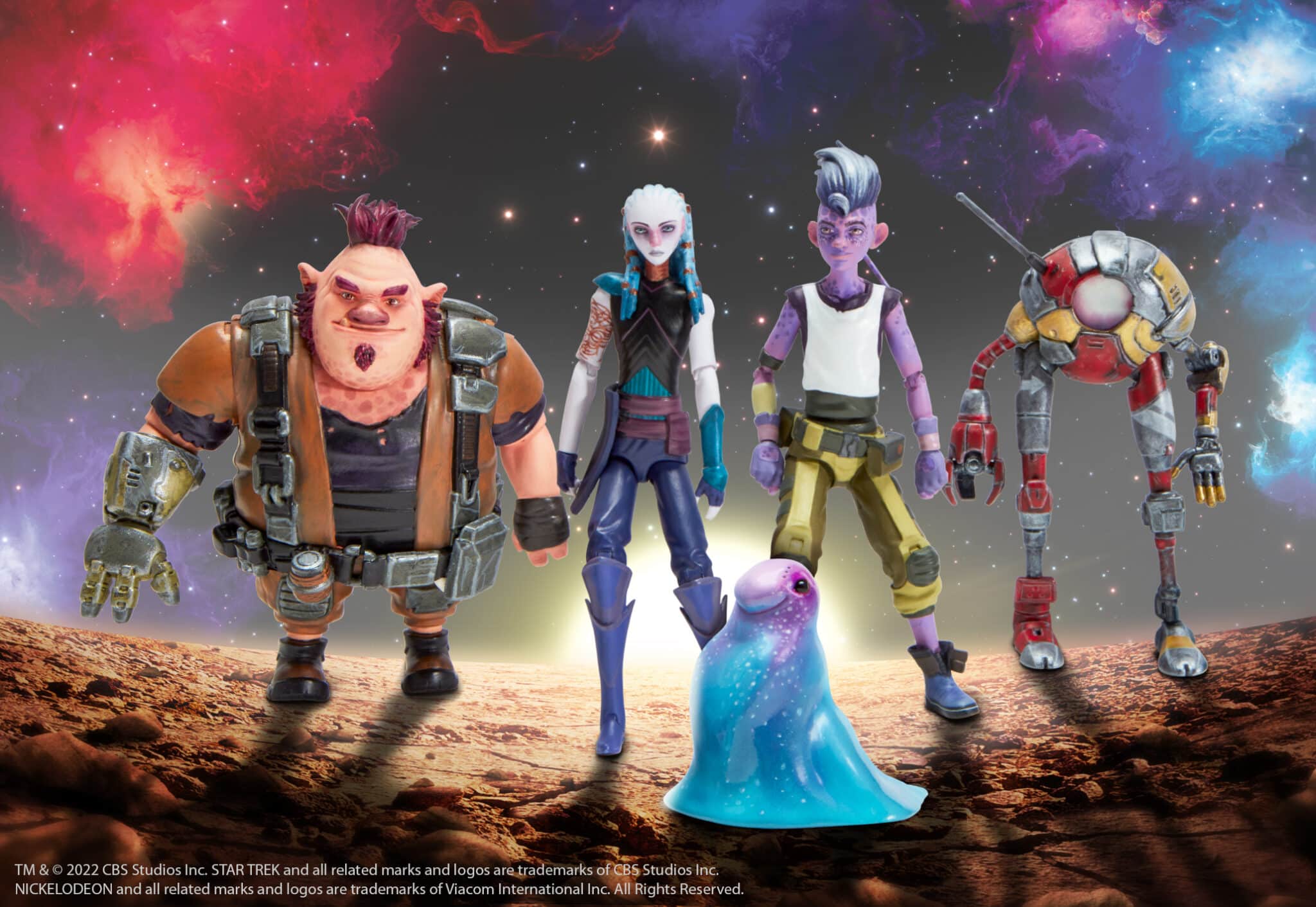 Perhaps due to the fact that it has seldom actively courted a younger audience, Star Trek toys remain significantly more niche than the Star Wars line of action figures, which has dominated the toy market for decades and often offered several different versions of even the most minor characters.

The early days of the original series offered versions of the core cast as well as an incredibly popular at-home model kit of the Starship Enterprise. Mego action figures and fast-food tie-in toys followed, with Milton Bradley dropping a board game, model phaser guns, and an electronic take on the Enterprise. Followed by a Lewis Galoob Toys Inc. line that was a financial failure, Playmates Toys gained the rights and introduced hundreds of new figures in the 1990s, though the end of The Next Generation ultimately led to the cancelation of the line.

There has been a somewhat spotty history of releases since, though there have been some excellent team-ups around the film releases. Still, the future of Star Trek toys has seemed, at times, much more limited than the exploratory nature of the series would imply.

Yet, Prodigy isn’t the first animated Star Trek series. In fact, the second-ever Trek show, Star Trek: The Animated Series, hit the air in 1973, well before The Next Generation helped turn the concept into a larger franchise that could time jump or expand at will. However, it’s one of the few attempts the universe has made to appeal specifically to children, making this line of action figures timely.

How to Watch March Madness Live 2022

The Most Anticipated Movies of 2022 and When They Premiere