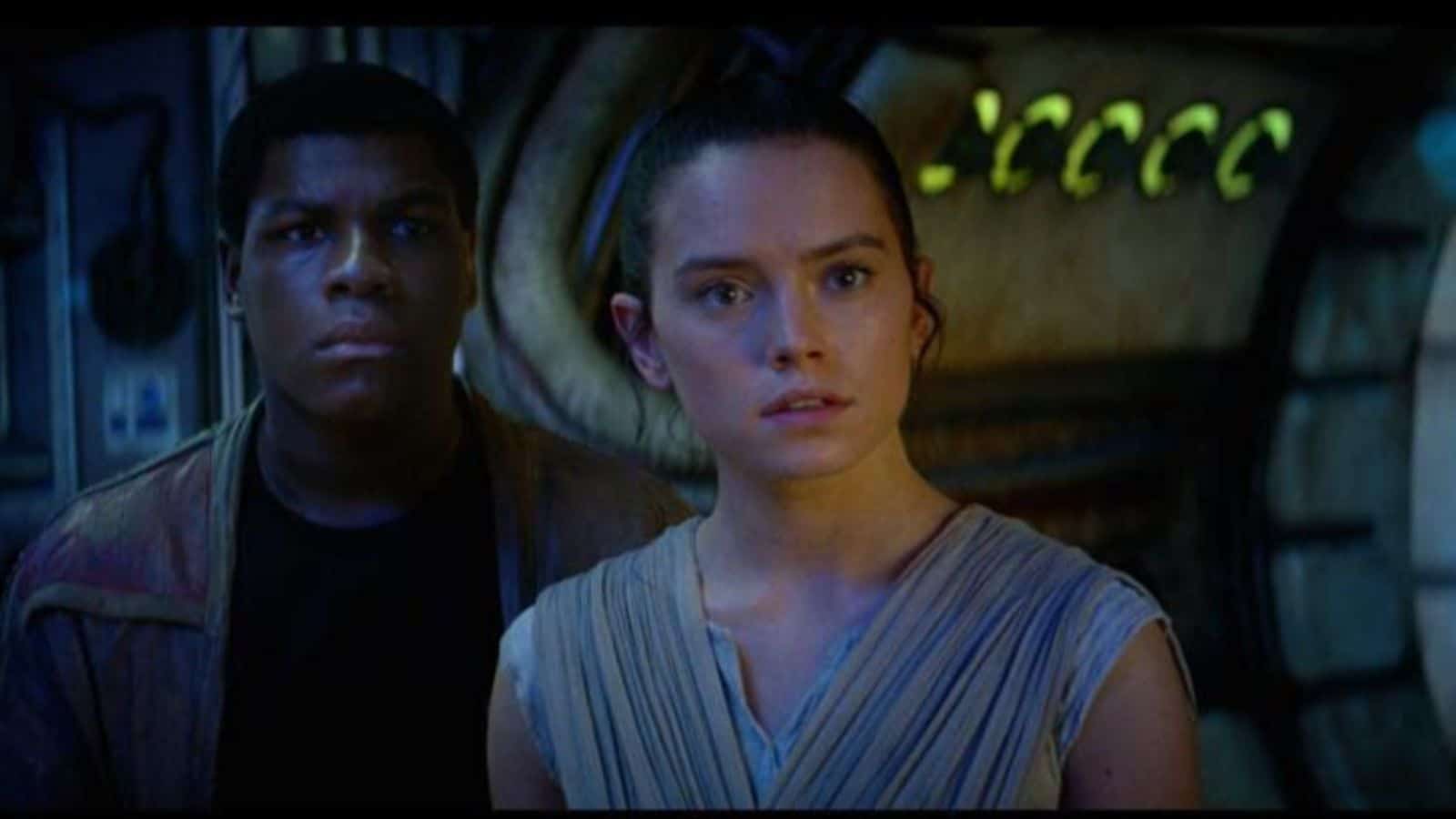 One of the best parts of watching the Star Wars franchise is the high-speed, action-packed chase scenes. Recently a fan asked, “What's the best chase sequence in Star Wars?” Here are the top-voted responses ranked in order of popularity.

“Either the Slave 1 (Jango Fett) chase from Attack of the Clones or Obi-Wan chasing Grievous on Utapau,” one person voted. Another replied, “How about the Star Wars theme song played by seismic charge sounds?” “Combining that with the sound of Slave 1's engines and the front cannon is some of the best sounds from a ship in Star Wars,” a third person added.

“Say what you will, but I enjoyed the Snow Speeder Chase scene in The Force Awakens,” one user admitted. “Agreed, some of the Millennium Falcon chase cam shots on Jakku were so good,” said a second commenter. Finally, a third shared, “Agreed, not a fan of the sequels, but especially in TFA, there were parts I enjoyed like this scene.

8. Pod Racing in The Phantom Menace

Someone voted “Speeder Bikes and Pod Racing in The Phantom Menace. I have difficulty choosing between them, but they have good chase scene traits. High speeds near dangerous obstacles. The danger of falling. No names are being vaporized left and right. Me inexplicably wishing I could do it.”

“The intro sequence of Revenge of the Sith is epic,” one user expressed. “The whole experience was extraordinary. Sitting down in the theatre seats not even warmed yet, five seconds after the title crawl, they throw you straight into the action with a high-stakes sequence that is Star Wars in its purest definition.”

“No beating around the bush or slow build, just bam! Welcome to Star Wars. Every time I rewatch RoTS, I wish I could experience that for the first time again.” Another user added, “And not to mention the music!”

“The Coruscant Speeder Chase in Attack of the Clones is a favorite, not least because we see some of the regular folks, and it makes it feel more lived in,” said one commenter. “The best for the expressions is the chase scene over Coruscant in Episode II. Ewan sells the ‘mother driving with the teen' look,” noted a second commenter.

“The Anakin and Obi-Wan Chase After Zam Wesell in Attack of the Clones is the greatest chase sequence in Star Wars,” one person stated. ” “I came here to say when Ani and Obi are chasing Zam. The banter was fun. Anakin jumping from the speeder, falling through towering Coruscant skyscrapers, and landing on Zam's vehicle was an incredible display of his Force capabilities,” another agreed.

Death Star II Destruction in Return of the Jedi. “The entry into the Death Star with Lando cramming the Falcon into spaces a tie fighter struggles to fit through, all while at full spice runner speed. The speed and scale of the whole battle and how big and close everything feels make it special,” one person commented. “Death Star II destruction. One of the greatest scenes ever,” another agreed.

The Trench Run from A New Hope. One person agreed, “I'll second the trench run, first because it's incredible and holds up 45 years later, and secondly because I probably can't even explain how mind-bindingly better it was at the time than anything else.” “The first time I watched the first trench run will forever be etched into my memory,” a second person said.

Speeder Bike Scene! “My favorite has always been the speeder bike scene in Return of the Jedi,” one person shared. Another said, “And the end was ridiculous, dismounted Luke, deflecting blaster shots and cutting the dude's speeder bike in half. Are you kidding me? So good!” Finally, many people voted “Speeder bikes on Endor.”

Finally, the top-voted response, “The Millennium Falcon through the asteroid field is the best. Top-notch music, tension, and an incredible sense of danger. If there is one scene that I will watch repeatedly, it's that one.” “Absolutely. John Williams hit differently in The Empire Strikes Back.

While several people reminisced about seeing it in the theaters, one user painted the picture. “Seeing that TIE fighter smack the asteroid and go spinning out of control, trailing arcing energy. Then, seeing the Falcon bank towards the camera from mid-distance right up to the camera.”

“The Star Destroyers were having to make emergency collision maneuvers… for a kid seeing it in theaters the first time after already being entranced by the first film. Ah, memories! So many good shots, so many memorable moments, and quotes.”

What do you think? Did Reddit rank the best Star Wars chase sequences accurately? Check out these Star Wars moments that make you cry.

From the Vault: ‘Ex Machina’ Is a Fantastic Sci-Fi Thriller That Explores the Dangers of AI

10 Best Animated Movies of All Time For Kids And Adults, Ranked