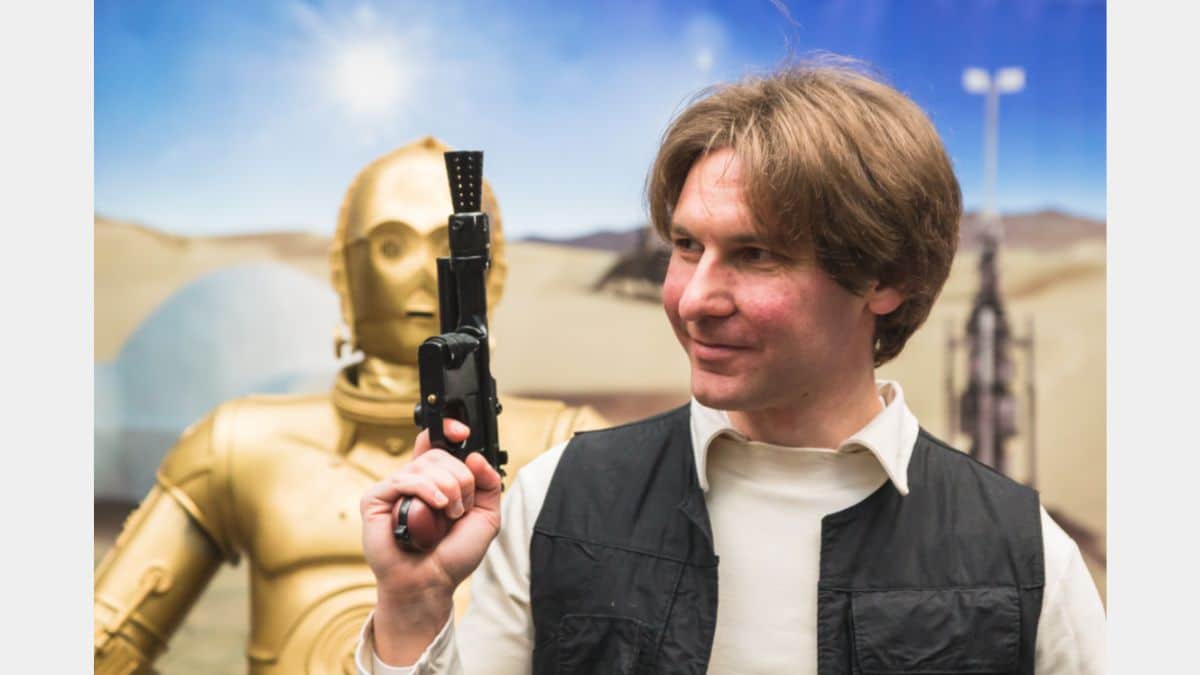 Star Wars fans across the globe are creating their spins on iconic characters from the film franchise. Cosplayers dress as their favorite Jedi or villain from the Dark Side to attend Comic Book Conventions (Comic-Con) and various science fiction events.

Star Wars cosplay costumes can be purchased, but many cosplayers design and make their own ensembles revolving around their favorite on-screen characters. It's cool to see and probably even more remarkable to be a part of, so we gathered a collection of the best Star Wars cosplay for you to enjoy. 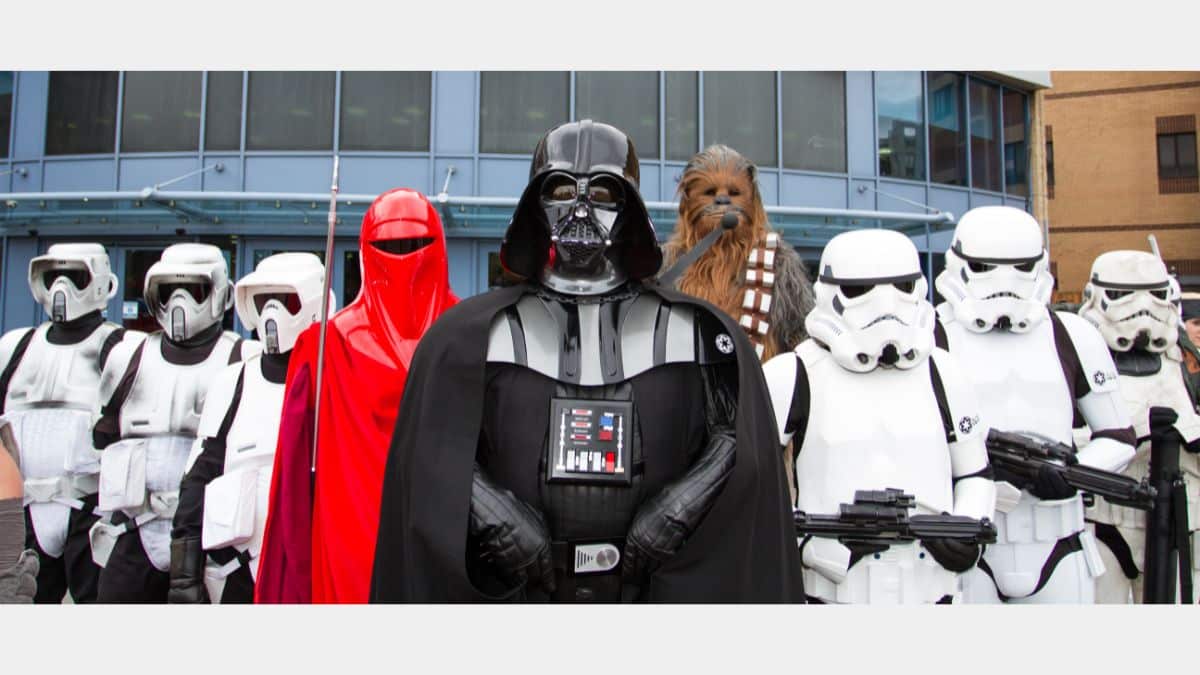 Before we dive into the magnificent look of individual cosplayers, did you know there is an international costuming organization comprised of and operated by Star Wars fans? Known as the Vader's Fist 501st Legion, this worldwide organization dedicates its time to promoting an interest in Star Wars. So what prompted the movement? 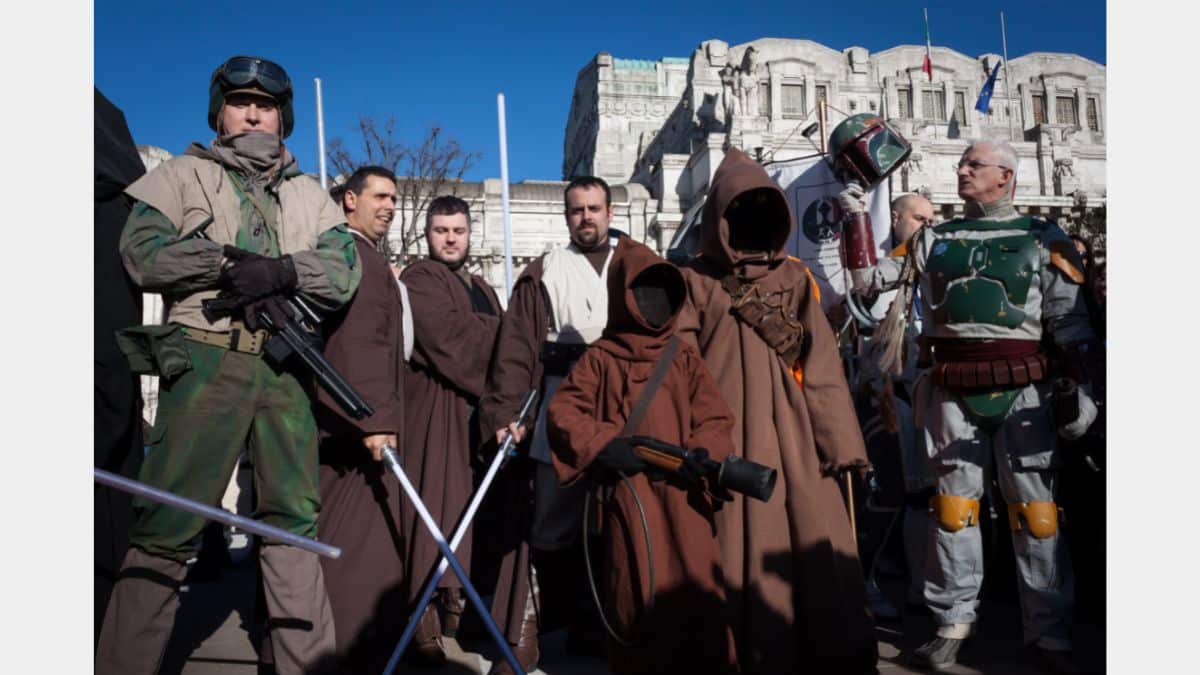 The Vader's Fist 501st Legion began by providing an international collective identity for costuming fans interested in the Star Wars universe. Their Legion Charter reads, “Nothing professes your passion quite like building your own detailed costume replica of a classic Star Wars character: portraying the villainous, morally ambiguous, or non-partisan characters.”

The Founder of the 501st Legion, Albin Johnson, shared, “The real story behind the name 501st is rather unremarkable. I wanted something that sounded military, had a big number, and ended in one to give it a little authenticity. I also wanted a number that would be alliterative if used in a motto, and I've always liked the motto ‘Fighting SeaBees' from WWII.” 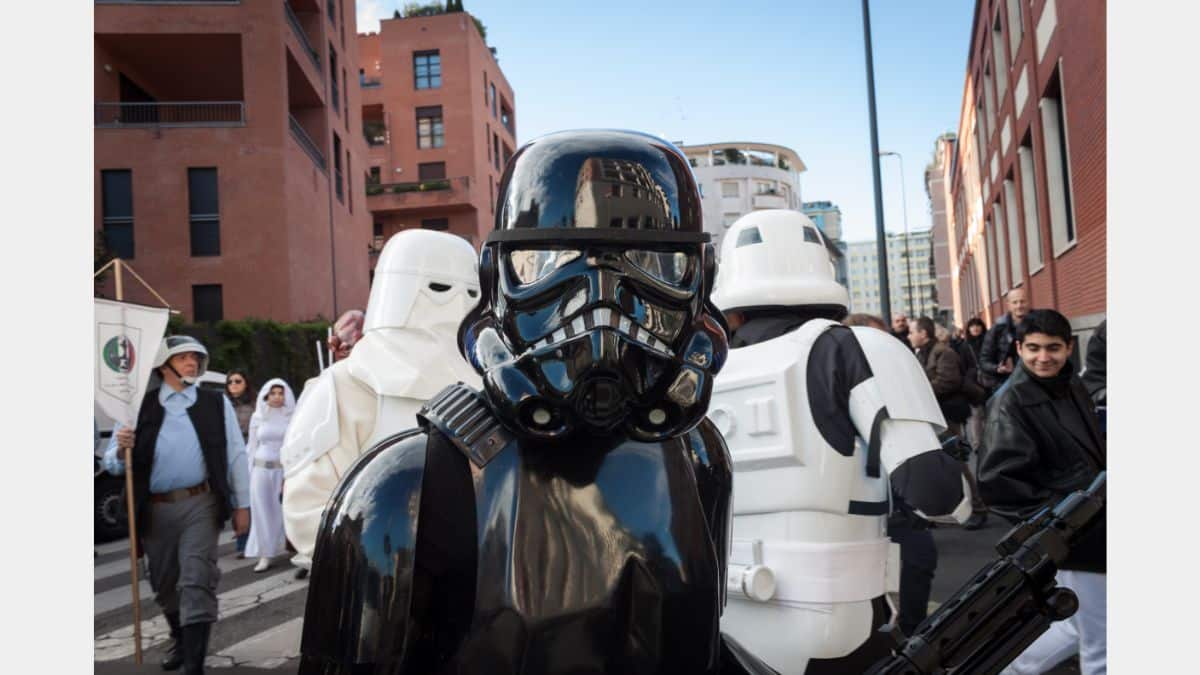 Albin Johnson continued, “Either 400 or 500 sounded good because both began with an ‘F' sound. But I liked 500 better, just because it's one of those nice round numbers. So 501 worked. The only problem was that, at the time, Levi's 501 jeans were still popular, and I was taking a risk that we'd have that joke haunting us. But luckily, I only heard us being called the ‘Button Fly Troopers' only once!”

Furthermore, the 501st Legion often utilizes costumed charity to contribute to local communities and for doing volunteer work. The accuracy of the costumes is impeccable. For example, check out this incredible Han Solo and C-3PO. I did a double-take because this cosplayer nailed it.

A Jedi, also known as Lord Jedi in ancient times, is devoted to the ways of the Jedi Order, an ancient order of protectors with the ability to harness the power of the Force. Hence this cosplayer's stance with his right-hand projecting the Force.

Not all Star Wars cosplayers draw inspiration from the films. For example, this fantastic Dark Revan cosplay is exceptional and inspired by the character Revan in Star Wars: Knights of the Old Republic (2003), a role-playing video game.

Greedo Cosplayer From The Clone Wars 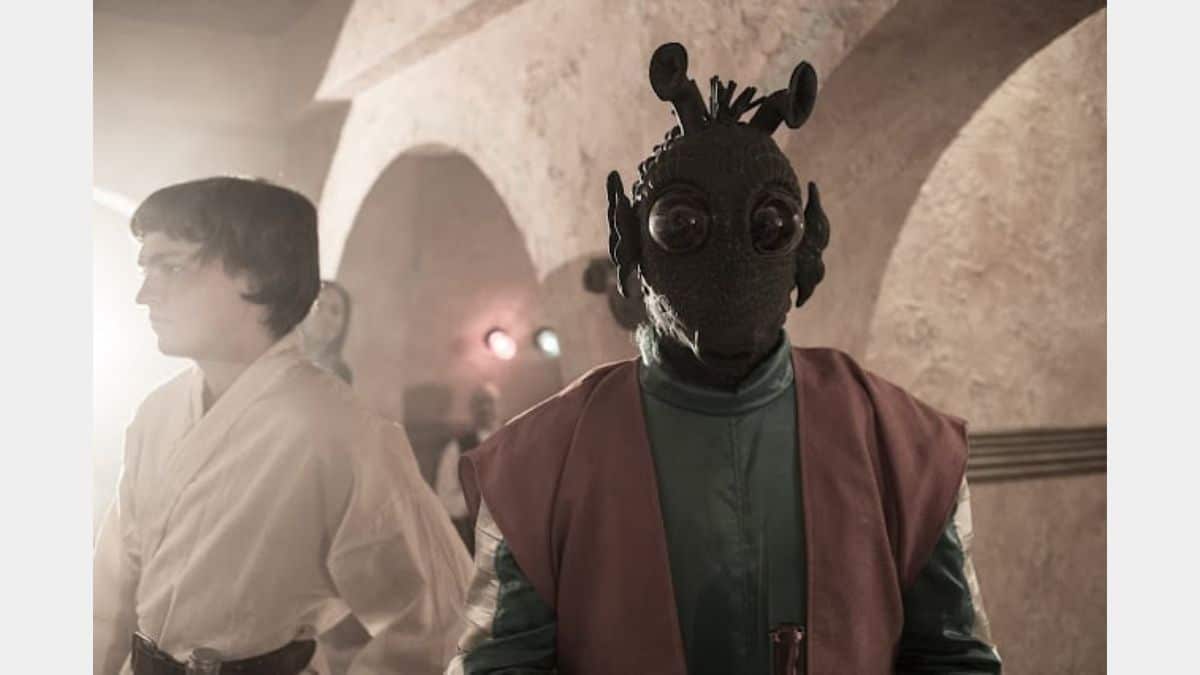 Take a look at this incredible Greedo cosplayer. Greedo, of course, is the Rodian bounty hunter from Tatooine who appeared in A New Hope and then expanded on in The Clone Wars. Jabba the Hutt hired Greedo for various mercenary tasks, including capturing Han Solo. 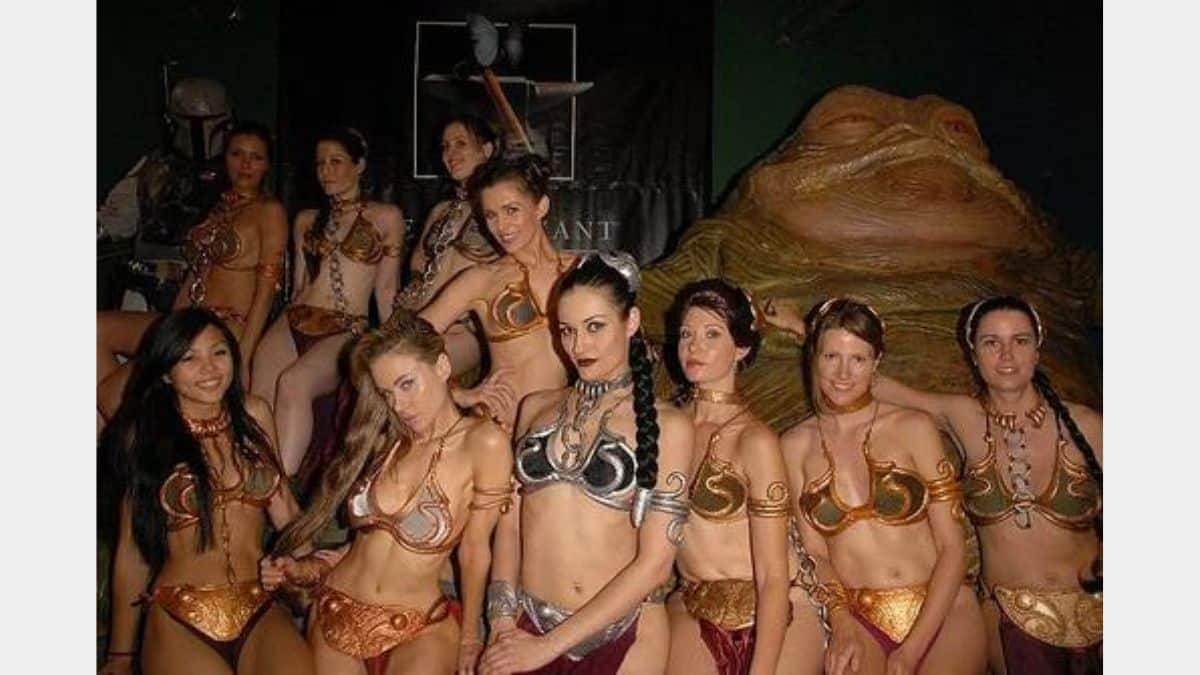 One of the most iconic cosplay looks from the Star Wars universe is Princess Leia in the gold bikini. Although Disney and Lucasfilm officially retired Slave Leia and all subsequent merchandise in 2015, Star Wars fans still don the look made famous by Carrie Fisher in The Empire Strikes Back.

Check out these fantastic Star Wars cosplayers in Germany. Ahsoka Tano has quickly become one of the more revered women in the Star Wars universe, and these women killed her look. 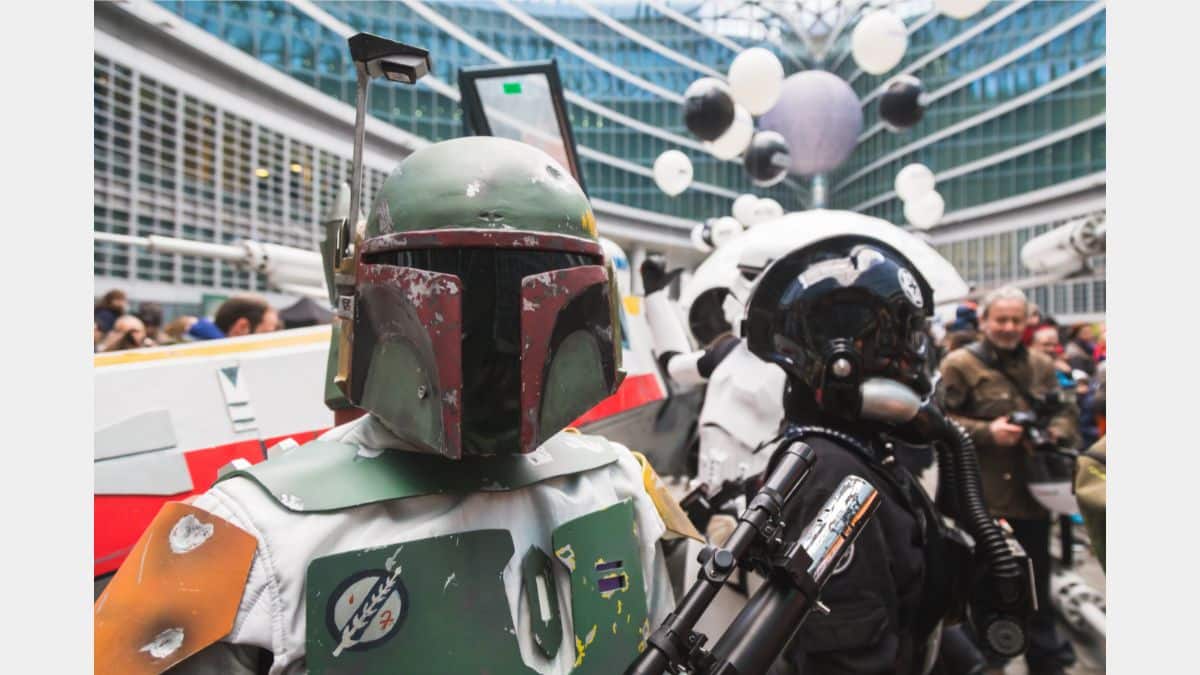 This Boba Fett cosplayer is rocking his customized Mandalorian armor and deadly weaponry. No wonder he was one of the most feared bounty hunters in the galaxy. Look at the incredible details of this design. 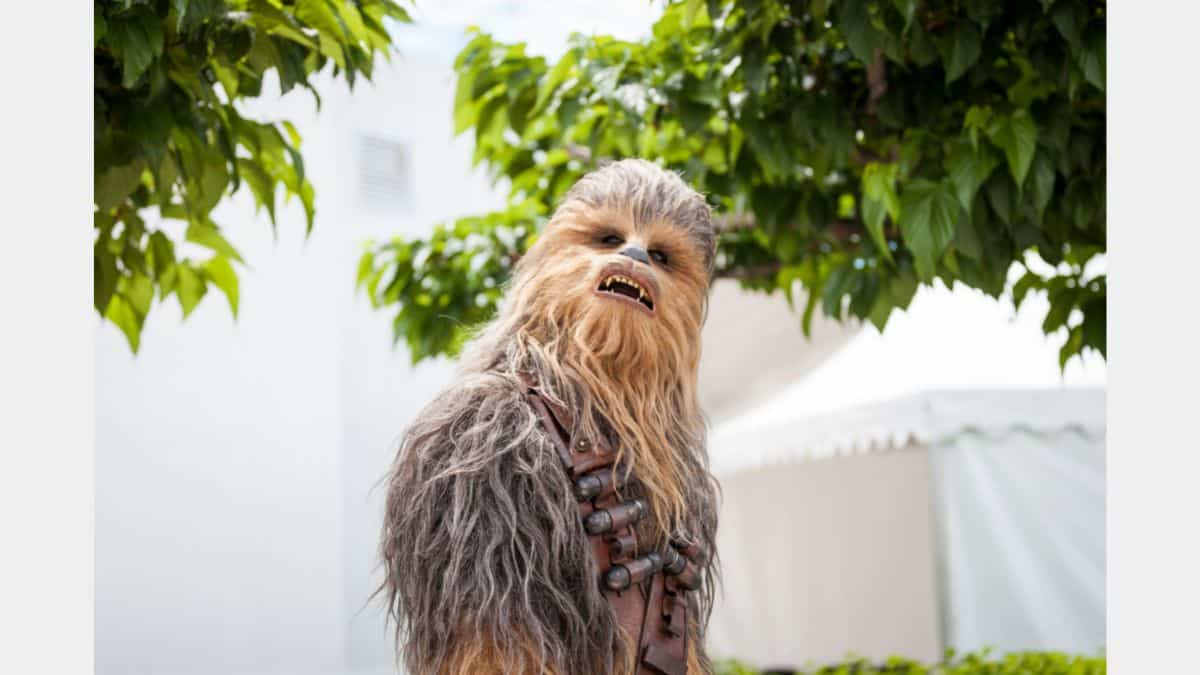 This cosplayer captures the essence of Chewie, and you can't help but hear his sounds looking at that open-mouthed face. Did you know that the Star Wars Original Trilogy sound director Ben Burtt created Chewbacca‘s distinguishable sound from recordings of camels, walruses, lions, tigers, bears, rabbits, and badgers mixed at different ratios?

This Rebellion pilot in Russia looks fantastic in her Star Wars costume. It's incredible how the love of these characters has stretched across the globe, and it's fun watching it bring us all together.  In addition to Comic Cons, fans worldwide have social media influencers and even OnlyFans accounts documenting their costumery.

The Star Wars Cosplay account on Instagram has some of the best and most intricate cosplay looks we've seen. Check out some of these incredible costumes and poses. For example, this Obi-Wan Kenobi is perfect.

OMG, this steampunk-inspired Princess Leia is out of this world. The details in the costumery and the execution of this pose makes this cosplayer the center of anyone's attention.

These images of a cosplayer in full Darth Maul mode are a showstopper. The attention to detail with the makeup is spot on. Be sure to flip through this cosplayer's sensational look.

Julian Checkley's cosplaying of Darth Malgus is so impeccable we had difficulty distinguishing between art and the actual person in Malgus garb. Wow.

This cosplayer absolutely nailed their Senya Tirall look from Star Wars: The Old Republic. Her armor is amazing!

This person cosplaying Bokatan Kryze did a fantastic job capturing the essence, and the color schemes are remarkable.

This Princess Leia cosplayer captivates with her soft look, simple poses, and beautiful portrayal of our beloved space Princess.

These cosplayers did a fantastic job portraying Rey and Kylo. Check out their incredible poses.

The details of this cosplayer portraying Eleena Daru are stunning and details are immaculate.

This cosplayer breaks gender norms reminding us that anyone can play the role of Han Solo. Her take on Han is eye-catching.

This Rebels cosplayer is rocking that pilot suit as Hera Syndulla. Her makeup is stunning.

Here is another beautiful take on Hera. Her makeup is awesome!