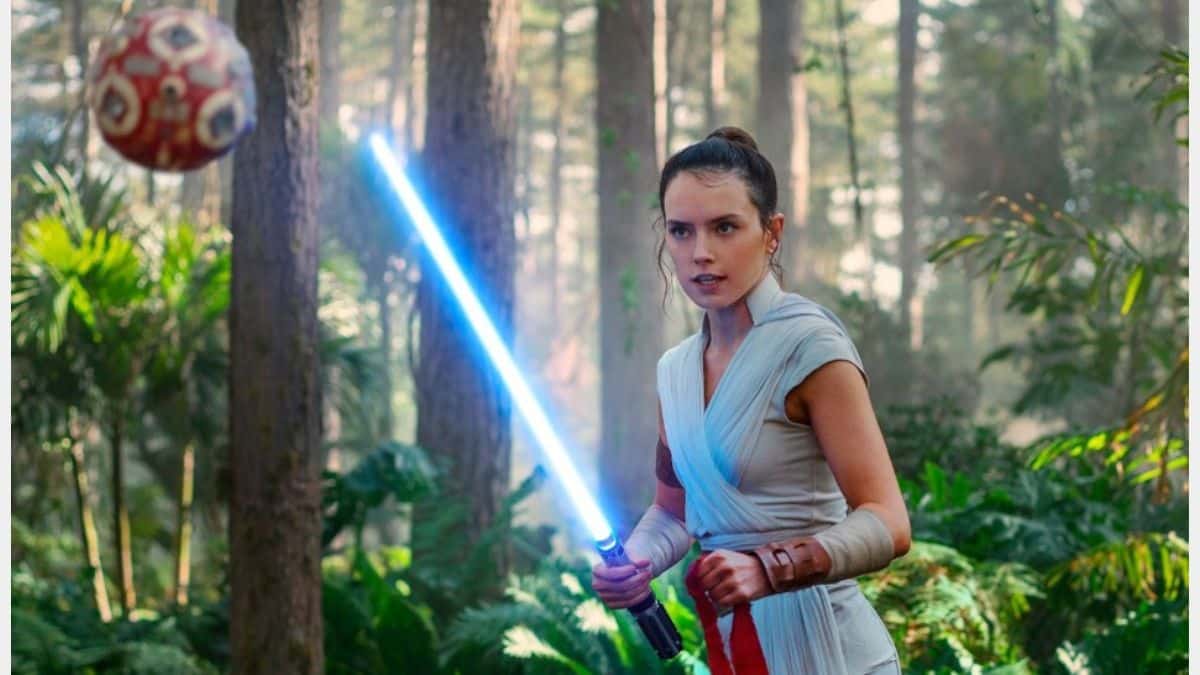 From 1977's Star Wars: A New Hope to the current-day franchise, Star Wars is the Jedi Master of hiding Easter Eggs that excite die-hard fans. Do you believe you've spotted them all? Doubtful. Take a look at this fantastic list.

George Lucas drew inspiration in college from a short abstract Canadian film, Arthur Lipsett's 21-87, in at least three ways. First, the concept of the Force echoes Roman Kroito's statement in the film, “Many people feel that in the contemplation of nature and communication with other living things.”

“They become aware of some kind of force, or something, behind this apparent mask which we see in front of us, and they call it God,” Lucas confirmed the Force is an echo. Second, an Easter Egg in A New Hope nodding at 2187, Princess Leia's cell block number.

Finally, in 2015's The Force Awakens, John Boyega‘s character Finn is trained from birth to serve the First Order before having an awakened consciousness. His Stormtrooper ID number is FN-2187—another nod to Lipsett's short film.

George Lucas nodded to himself, using 1138 in A New Hope, referencing the first movie Lucas ever directed, THX 1138. Han Solo and Luke Skywalker don Stormtrooper suits to rescue princess Leia on the Death Star. So they pretend to have captured Chewbacca and state they are doing a prison transfer from cellblock 1138 to remain unnoticed.

An 1138 Spotting in The Phantom Menace

The mention and appearance of the number 1138 in the Star Wars books, movies, and other Lucas films are common. For example, it appears on the back of a drone that Jar Jar Binks hits during the battle in The Phantom Menace.

The number 1138 was also a First Order Stormtrooper that served in the decades after the Galactic Civil War, the name of a battle droid of the Trade Federation, and SPF 1138 was a sunscreen used by Sith Lords.

Directors Steven Spielberg and George Lucas are great friends and nod to each other throughout their films. For example, in the movie E.T. the Extra-Terrestrial, there is a scene on Halloween when E.T. sees a kid dressed as Yoda. He becomes excited and keeps repeating the word “Home,” indicating he may recognize him.

E.T. The Extra-terrestrials in The Galactic Senate

Conversely, in The Phantom Menace, during the Senate Hearing scene, viewers can spot an Easter Egg nodding back at Spielberg in the form of three E.T. alien life forms in the bottom left-hand corner of the shot appearing as part of the Galactic Senate.

4. George Lucas Has a Cameo on Revenge of The Sith

In his only appearance in any Star Wars film, George Lucas starred as Baron Notluwiski Papanoida in Revenge of the Sith. However, he may have been difficult to spot under all that blue paint.

He is conversing outside Chancellor Palpatine's private box at the Galaxies Opera House with his daughter Chi Eekway, played by his real-life daughter, Katie Lucas.

5. The Millennium Falcon in Revenge of The Sith

Before Lando or Han Solo owing the Millenium Falcon, viewers see the ship landing on Coruscant in Revenge of the Sith. Look closely at the bottom mid-right corner and see for yourself!

A trio of Easter Eggs cameos is in The Outlander Club scene in Attack of the Clones. First, Anthony Daniels appears outside his 3-CPO costume as Dannl Faytonni, a male human and a known associate of Achk Med-Beq.

7. Ahmed Best and Katie Lucas Cameos in Attack of The Clones Bar Scene

Next, Ahmed Best, who plays Jar Jar Binks, is seen outside his costume conversing with the third cameo Easter Egg, Katie Lucas, as Lunae Minx, a purple Twi'lek named only in Legends.

8. Matt Doran Cameo in Attack of The Clones as Elan Sleazebaggano

A fourth cameo appearance in The Outlander Club is Matt Doran as Elan Sleazebaggano. Elan is the gentleman who attempts to sell Jedi Knight Obi-Wan Kenobi death sticks. However, Obi-Wan uses the Force, causing Elan to state, “I don't wanna sell you death sticks. I wanna go home and rethink my life.”Matt Doran portrayed the role of ‘Mouse' in The Matrix.

9. Indiana Jones and The Raiders of The Lost Ark Hieroglyphics

Naturally, Harrison Ford bears a striking resemblance to a handsome Han Solo. However, George Lucas's Indiana Jones films have many other Star Wars Easter Eggs. For example, there are hieroglyphic depictions of C-3PO and R2-D2 Raiders of the Lost Ark.

10. Indiana Jones OB-CPO Plane in Raiders of The Lost Ark

In an additional scene, the hieroglyphs in the Well of Souls show Princess Leia uploading the Death Star plans to R2-D2. Finally, Jones escapes in a plane with letters reading “OB-CPO” for another Star Wars Easter Egg. 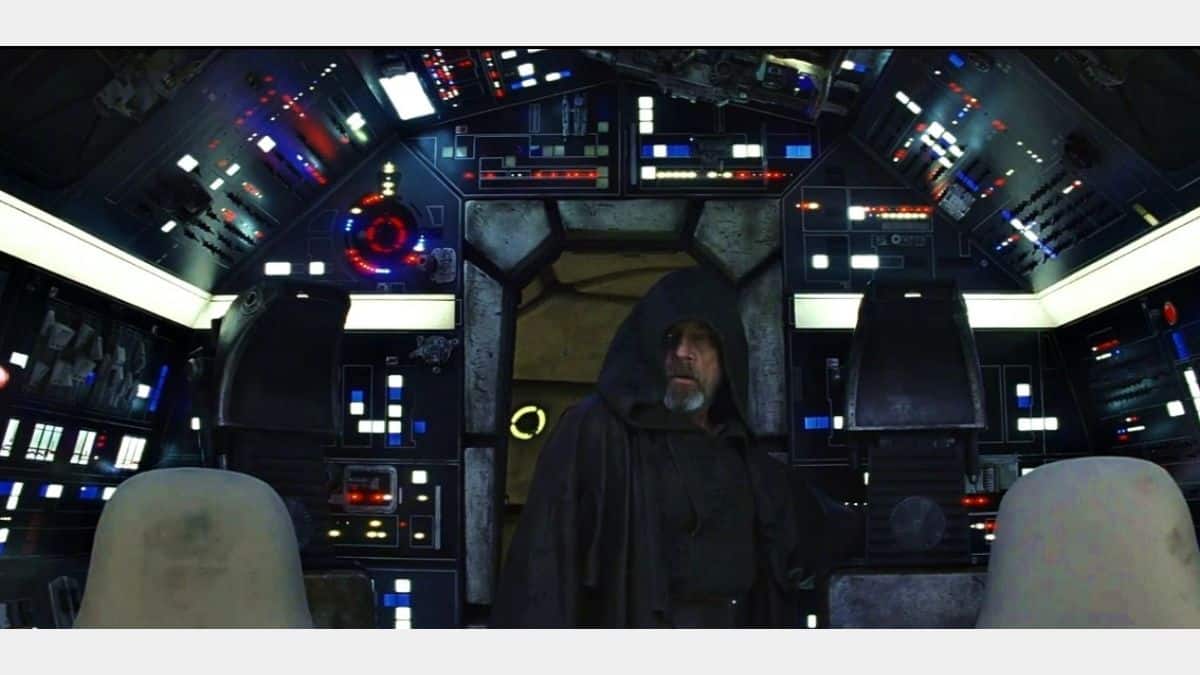 Han Solo's dice first appears in  A New Hope on the Millennium Falcon. They were recreated and first featured in The Last Jedi despite being originally filmed in The Force Awakens, where they were cut from the film. The dice appear in TLJ when Luke boards the Falcon and takes them as a memento of Han. In the Solo movie, they are seen again when Han places them in his escape vessel.

The dice are essential because they were how Han won the Millennium Falcon from Lando Calrissian. In The Empire Strikes Back, Han lands the Falcon on Cloud City, informing Lando, “Your ship? Hey, remember you lost her to me fair and square.” Lando wagered his ship in a game called Corellian Spike, which uses dice. So Han kept those dice as a lucky charm.

There is an Easter Egg in The Phantom Menace from 2001: A Space Odyssey. An EVA pod from the Odessey is visible in Wattos' junkyard in Mos Espa on planet Tatooine. Watto is a Toydarian junk dealer and human trafficker who owned Anakin and his mother, Shmi Skywalker.

13. Keira Knightley Was in The Phantom Menace

Keira Knightley played one of Padmé Amidala's doubles, Sabé, in The Phantom Menace. Knightley resembled Natalie Portman so much that her mother, Sharman Macdonald, couldn't tell them apart. Knightley's parents tried to convince her not to audition, but the twelve-year-old actress was a determined Star Wars fan.

The Marksman-H training remote is typically referred to as a remote or lightsaber training drone. It first appears in A New Hope. “Look, good against remotes is one thing. Good against the living? That's something else.” ―Han Solo to Luke Skywalker.

Finn in The Force Awakens

In, The Force Awakens, rogue stormtrooper Finn pulls a Marksman-H remote out of a brown paper bag while searching for first-aid bandages to assist an injured Chewbacca.

Rey in The Rise of The Skywalker

Finally, Rey used one in Rise of the Skywalker while furthering her Jedi training on Ajan Kloss. The droid teaches the user to deflect blaster bolts with a lightsaber, has multiple power levels, and is programmable for defensive purposes.

While searching for the Death Star plans in Rogue One, Jyn discovers a Hyperspace Tracking Navigations System file. Then, in The Last Jedi, Rose expresses that hyperspace tracking is a new technology indicating it'd been developed years prior.

This steak is so burnt