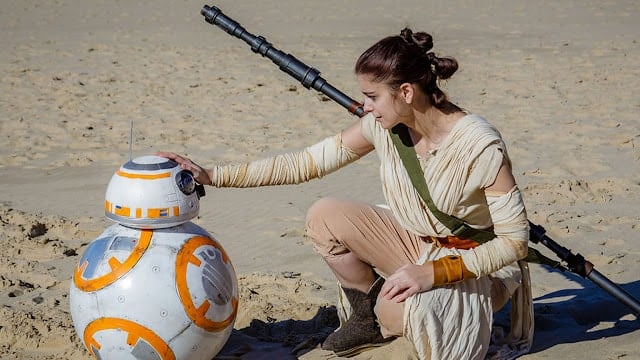 Do you have an opinion about Star Wars that isn't mainstream? You've got company. Recently a fan asked, “What are your unpopular Star Wars opinions?” They elaborated that opinions about liking or disliking the sequels don't count. Here are the top-voted responses.

10. Star Wars With Disney Is Great

One person said, “Star Wars is in better hands with Disney than it would be if it were still with George Lucas for two significant reasons: The amount of live-action and animated content. If you hate everything Disney has put out, this probably doesn't matter to you, but I've enjoyed most of it, so I'm glad we're getting a steady flow of Star Wars content on Disney+.”

Also, “Lucas never considered the EU canon and would often ignore it on a whim. The Disney canon doesn't always hit the highs of the EU, but at least everything is in the same continuity.”

9. Attack of the Clones Is a Good Film

“Attack of the Clones is a good film. Yes, some of the dialogue is awful, but I enjoy Anakin and Padme‘s romance. The scenes involving Anakin and his mum are sad but done well.”

“I'd even argue that the scene when Shmi dies in Anakin's arms, then the music starts playing, and Anakin goes crazy and murders the Tusken Raiders is one of the best scenes in the franchise, and the climax is entertaining,” one person stated.

“Reva wasn't a badly written character,” stated one. However, another suggested, “I think it would be much better if we knew she was planning to kill Vader from the start.”

Many agreed with the sentiment, “Star Wars would be better without the fandom.” One person said, “Oh, yeah, the Star Wars fandom is objectively one of the worst, most toxic fandoms out there.”

6. Star Wars Is Past Its Prime

“Even though it pains me greatly to say it, all evidence points to Star Wars being well past its prime. Instead of charging boldly in new creative directions, they seem stuck with old eras and old characters, content to only give us repeat story beats and diminishing returns,” shared one user.

5. Episode I Should Not Exist

“The Ewoks in Return of the Jedi were cool. It's one of the species we spend the most time with in the original trilogy and explore their culture. They also play into the plot and serve the theme of the power of the people taking on the technological powerhouse empire using primitive weaponry. Wicket is that dude,” stated one user.

One person suggested, “Boba Fett is grossly overrated. He gets his bum handed to him more often than he dishes out. From Return of the Jedi to his show, this guy gets beat up by everyone.”

Another replied, “Yes, but the reasoning is understandable. His fame came from Empire Strikes Back and the promotional material around it. So his reputation had already been solidified even though he is objectively lame in Return of the Jedi.”

2. Ahsoka Should Have Died

One person said, “Ahsoka should have died at the end of The Clone Wars.” Another person said, “I haven't watched much clone wars, but she shouldn't have returned for the finale. It makes Revenge Of The Sith feel weird as she is conveniently not mentioned during it.”

The number one voted responder stated, “I don't think this is an unpopular opinion per se, but I've been dissatisfied with the lack of aliens in many recent Star Wars stuff. I understand that make-up and CGI aren't easy, but to see the background and cast be composed of 80% humans with a dash of an alien in there, half of the time for comic relief, is tiresome.”

We hope you enjoyed this Reddit Star Wars fan list of unpopular opinions. Also, check out these ten times Star Wars made us cry.