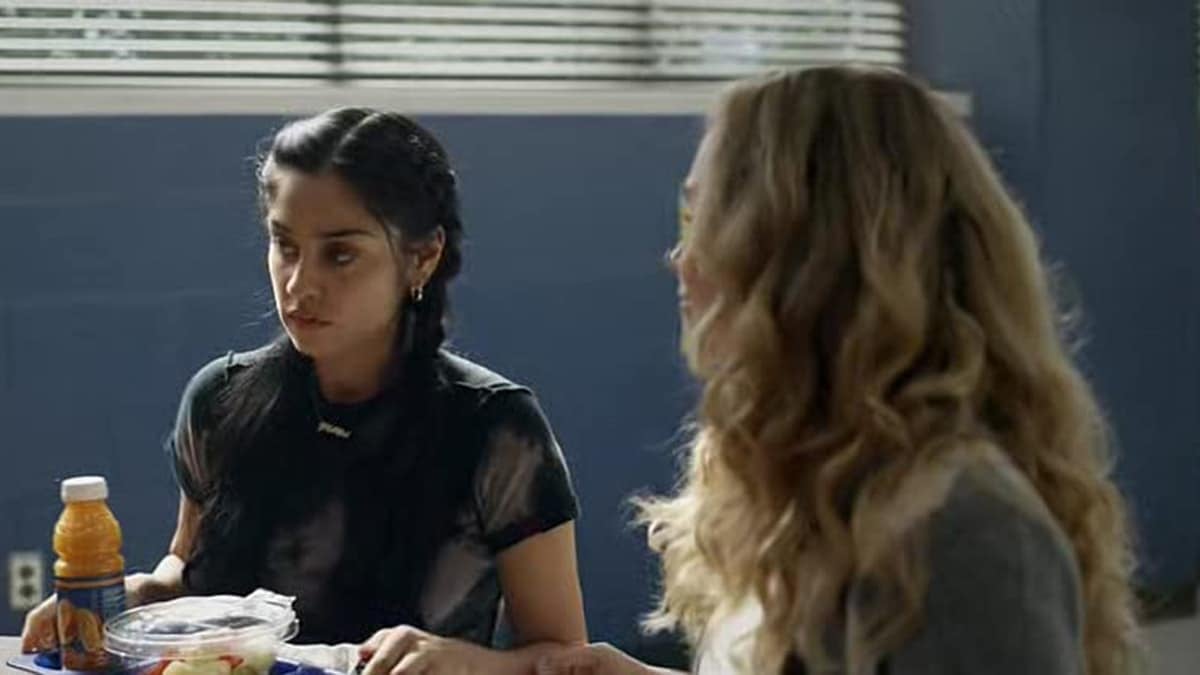 DC’s Stargirl Season 3 kicked off with a murder mystery last week and now it is time to start to solve said murder. This season is going to explore redemption as Courtney tries her best to reform the villains of Blue Valley. Chapter Two of The Frenemies is subtitled ‘The Suspects,' so let’s dive into those who could have killed The Gambler.

We immediately flash back to twelve hours prior from where the premiere episode left off – before the murder of The Gambler. We see him arrive at his trailer after coming back to Blue Valley – trailer number 7, which he calls his lucky number – he even unlocks his suitcase with the code 7, 7, 7. Outside Crusher is watching over him, muttering that it is time for revenge. He grabs his bat but eventually puts it down. He claims to have given up the villain lifestyle and this is him showing restraint. Still, this was 12 hours prior to the murder, so he can’t be completely ruled out as the killer.

After Crusher leaves, The Shade shows up. While we don’t get to see their conversation, at first, later it is explained that he went there to tell The Gambler he was willing to let bygones be bygones. This episode is exposing everyone with a motive for murder.

The Justice Society of America has a meeting to discuss their thoughts, and of course Yolanda and Rick are suspicious of Cindy Burman. They haven’t liked her since she attacked them all and backstabbed Yolanda on a personal level, but they aren’t completely coming out of the blue with this accusation.

Cindy was found over The Gambler’s dead body. She even had a gun in her hand, although Beth confirmed that her goggles found no bullet wound, meaning this was not the cause of death. His trailer was twisted up by someone who is extremely strong which is why Starman suggests Solomon Grundy, although Rick is quick to jump in with the fact that Grundy is dead.

Courtney is hung up on the fact that The Gambler claimed to have been in Blue Valley to find his long-lost daughter. Of course, she has some father issues after she was abandoned by her dad, making it reasonable that she feels this way. There was a letter for Becky, his daughter, on The Gambler’s body, which Courtney has taken with her. It apologizes for missing so many birthdays over the years. Courtney even admits to Pat that she wishes her father said half the things that The Gambler wrote to Becky to her.

Meanwhile, Mike and Jakeem (and of course Thunderbolt) plot to solve the murder themselves so that they can be taken more seriously by the town and by the JSA. The biggest issue with this team-up is the changed voice of Thunderbolt. It will take some getting used to since fans are used to Jim Gaffigan’s voice. They wish for Thunderbolt to reveal the name of the killer, but in true Thunderbolt fashion, he just replies that the killer has many names. Rules state that you can’t wish for the same thing twice, so they will have to find a different way to solve the case.

Cam finally enters the season in this episode. He is seen painting at school but is having issues focusing. So much so that he knocks his canvas over and leaves. At the end of Stargirl season 2, it was seen that he has developed ice powers – exactly like the ones his father had.

Time for a Training Montage

One of the strangest parts of the episode is when Starman shows up at the Blue Valley High School and pulls Courtney out of class for training. It was promised that this would only be after school, but with a killer on the loose, he chose to ignore that rule.

Certainly, Pat and Barbara will have something to say about this when they find out. There is a short scene where the two show off their moves with the staff. He teaches her how to do a crazy powerful move that he calls the shooting star. This is one of the best uses of CGI that the Stargirl series has ever seen. When doing the move their eyes glow and while that looks a bit cheesy, when their entire body is covered in stardust and THAT looks pretty cool.

It is at this moment that it dawned on this critic the killer could very well be Starman. That move could have easily trashed the trailer and he has been unhappy with Courtney and Pat trying to reform the Blue Valley villains. Setting them all up as murder suspects is a great way to cause the JSA to cast doubt on them.

After the training, Sylvester and Courtney go to see The Shade. Sylvester says this is because he wants to apologize for the way he treated him earlier in the day when interrogating him, but it becomes clear quickly he is there to probe more about the murder. He ends up losing his cool and attacks him with the staff, yelling that he killed the JSA.

Courtney exclaims stop and the Cosmic Staff returns to her. Sylvester is clearly unhinged, and The Shade gives his alibi, which no one had ever bothered to ask him earlier. He was teaching Maria how to make tea at the diner. He says that he was hoping to spend time in Blue Valley but with Starman back, it is intolerable. The Shade then vanishes into the shadows.

Once Sylvester and Courtney return home they are reprimanded for their actions. First Courtney, for leaving school, and then Sylvester for taking her out of school and attacking The Shade. He says that things got out of hand because he blames The Shade for the JSA breaking up. Viewers will remember that last season it was explained the JSA killed a man because it was the only way they thought they could stop Eclipso – and it was The Shade who explained that to Sylvester.

While Beth and Rick are discussing how unpredictable the hourglass timing is – ranging from 6 minutes of power to 48 minutes, but never an hour – The Shade shows up. He tells them that he is leaving Blue Valley to attend to something else and that the town is too small for him and Sylvester. Before he left, he wanted to apologize to Rick that he couldn’t help him bring Grundy back, but assures him to not give up.

The final few moments of the episode show Cam talking to his grandparents about how he cannot paint anymore without it hurting. They tell him that he is destined for greater things than art. Viewers also see Cindy in the old headquarters of the ISA. She has The Gambler’s laptop – which everyone assumes is with the killer. As for the Crocks, they are working out in their gym when Crusher tells his wife it is only a matter of time before everyone finds out – but finds out what?

DC’s Stargirl Season 3 Episode 2 does a great job of laying out several options of who the killer could be. Keeping things unpredictable and exciting, while at the same time making the audience think perhaps none of the obvious choices committed the crime. This is sure to be the main mystery of the entire season, or at least most of it, so not making the killer obvious is a smart decision by the writers.

Once again, there's not a lot of action. This is common with the series though. A lot of the show involves character and story development, with just a few episodes that are packed with action and make up for the rest of them. Still, we hope that one of these is coming soon. There was a small taste of what Sylvester can do, and now knowing that Courtney can also do the shooting star move we are certain this will be used in a big fight down the road.

What Colorado Voters Should Know About the Natural Medicine Health Act