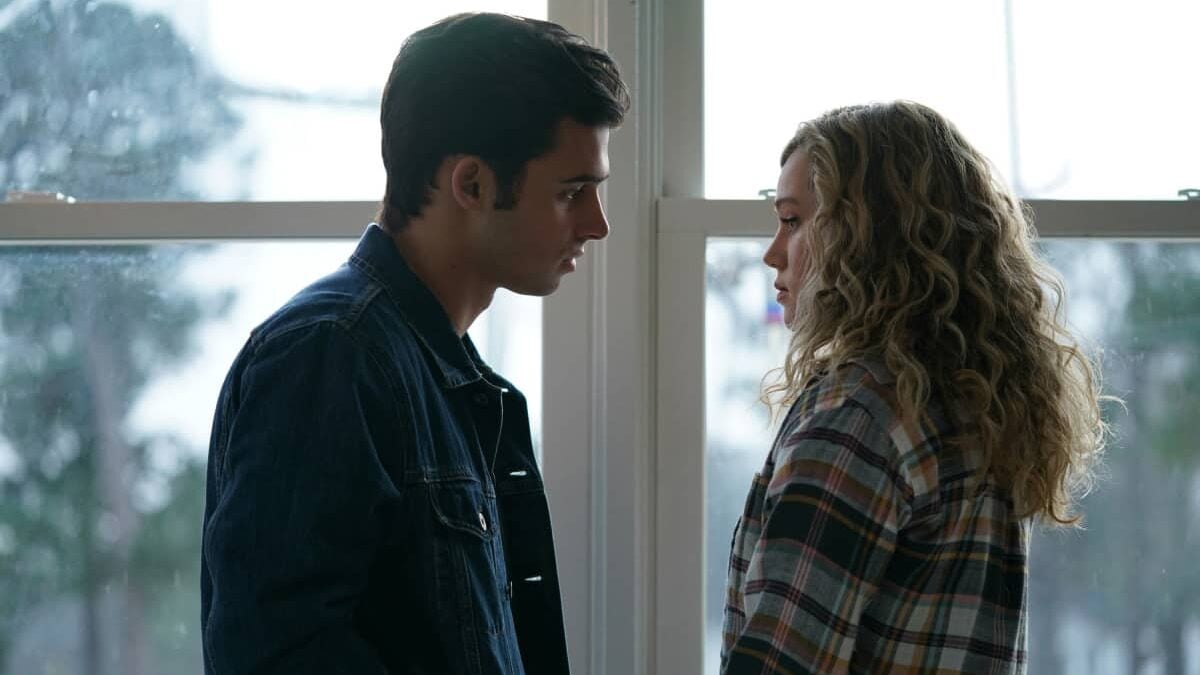 DC’s Stargirl season 3 episode 8 explored the Shadowland in depth. It left off with Pat questioning his ability as a father, and on top of that, the future of the JSA is still questionable. There is a rift there thanks to Courtney helping Cameron with his ice powers, and DC’s Stargirl season 3 episode 9, titled “The Monsters,” dives into that more.

Pat Tells Barbara What He Saw

Since Courtney and Pat were away last episode helping Jenni and her brother, the beginning of this episode finds them coming home for a happy reunion. Barbara has been worried sick about them since they disappeared when The Shade summoned them. Since The Shade left with Jenni, they were forced to take the bus home.

As we saw at the end of episode 8, what Pat saw in the Shadowland has really stuck with him. He was told that Mike is not happy with him for whisking him away from his mother and all but telling him to get over it. He feels shunned by the family, something we have witnessed time and time again, and now Pat has come face to face with that.

Pat admits to Barbara that he saw his father in the Shadowland and that he said the same horrible things he would say to him in person before he died. The thing is, that isn’t what got to Pat. He is worried that he is following in his footsteps and making Mike feel like he isn’t good enough. Pat then dives into the story about him and Mike’s mother, one that we haven’t heard completely before.

He explains that he didn’t know about Mike until after they broke up. When he found out, he was thrilled and knew that nothing would stop him from being in Mike’s life. Eventually, Mike’s mother just walked away from him, leaving him in a shelter and then getting arrested for possession. Pat admits that when Mike would ask to talk to his mother, he would always say no, until Mike stopped asking. Barbara says maybe Mike needs to learn for himself, and should talk to his mother.

The JSA Is on The Mend

Awaiting Courtney is Yolanda, who you might remember was kicked out of her house after her mother discovered she was lying to her and sneaking around to help fight crime and solve the mystery of who killed The Gambler. Things have been iffy between the two teenage girls, but they instantly embrace and apologize to one another through tears.

At school, Courtney goes to the rest of the JSA and apologizes for her actions. She explains that it was never her intention to put Cameron ahead of them, and she is extremely sorry for it. When they all forgive her she pushes things a little bit further, asking for permission to tell him that she is Stargirl, which would in turn expose all of their secrets.

The team is not exactly thrilled with it, but they understand. Rick in particular is unhappy that she wants to tell him because he does not think they can trust Cameron. He says that he will always have all of their backs because they are his family, but he doesn’t want to have to say I told you so when Cameron eventually crosses them.

Things get quite intense at Cameron's house. His grandparents have been showing more and more of their evil side, particularly his grandmother. When Cameron’s art teacher comes to the house to let them know he is concerned about him because he quit art, which he seemed to love, Cameron’s grandmother snaps and straight up kills him with her ice powers.

When Courtney comes to the house to tell Cameron about his father and her superhero identity, his grandparents interrupt. The JSA was waiting outside in case things went south, and Rick uses his super strength to break in, which just makes Cameron's grandparents even angrier. They attack and the JSA ends up in a fight with the Mahkents.

This entire scene is amazing because we get some incredible action. Not only do we see the JSA really going at it and using their powers, we get to see what Cameron can do too. The stunt choreography is amazing and so much fun to watch. Cameron’s grandmother ruins Courtney’s plans when she shouts that it was the JSA that killed his father. But his grandfather steps in to stop Cameron, telling him not to let his anger and grief take control of him like his father did. He then has a heart attack — but Beth is able to save him.

At the end of the episode, we see Jakeem and Mike, who are still trying to find The Gambler’s killer. They ride their bikes up to an old farmhouse that has a dead body inside, although they don’t notice it. They head to the barn and there they are chased away by a giant gorilla, who says that he plans to kill every last one of them. So is this the killer? We are sure to learn more next week.

DC’s Stargirl has been canceled so at this point we expect a whole lot of things to wrap up in the final four episodes. The writing team was made aware, so hopefully they give it the ending it deserves. This episode felt a little rushed, which is likely due to that. However, in the process, we got one of the best action sequences of the season.

Of course, there is a cliffhanger ending, something that this show does so well. It will be interesting to see where things go from here, now that we know it all needs to be tied up in a neat little bow in order to end properly.