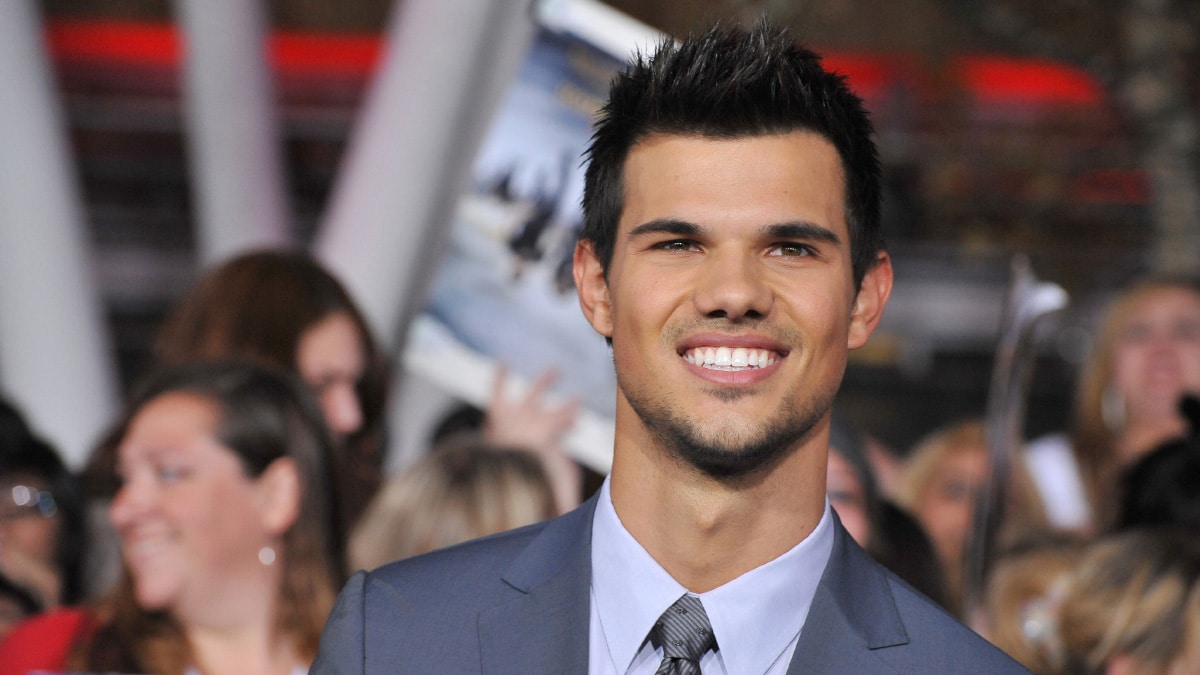 Taylor Lautner is best known for his role in the Twilight series, and for good reason. While his career has continued to progress, Twilight still accounts for a huge chunk of his net worth.

At Age 30, Taylor Lautner's Net Worth Is Shocking

Taylor Lautner is an American actor, model, voice actor, and martial artist. Taylor Lautner's net worth is $40 Million, with the vast majority coming from the Twilight franchise.

Taylor Lautner began his acting career as a child artist in the late 90s. After moving to Los Angeles, he played several small roles in television and commercials. Then in 2001, he appeared in the television movie Shadow Fury.

He later appeared in The Bernie Mac Show, My Wife and Kids, and Summerland. Taylor also starred in Grown Ups 2 and Tracers, released in 2013 and 2015. Taylor was also cast as Willy Harrington in 2010's Valentine's Day, where he played Taylor Swift‘s love role.

Taylor is best known for his role as Jacob Black in the movie Twilight and appeared in 2009 and 2010 in The Twilight Saga: New Moon and The Twilight Saga: Eclipse, the second and third films of the Twilight series. He joined the cast of the TV series Cuckoo in 2014. In addition, Taylor booked a recurring role in the 2016 TV series Scream Queens.

He won the Teen Choice Award for Best Breakthrough Performance-Male for Twilight in 2009. Taylor was named in The 50 Sexiest Men of 2010 by Glamor Magazine. Taylor was ranked fourth on People magazine's ‘Most Amazing Body' list.

Lautner made a $1 million salary for the original Twilight. His earnings increased from there, making $4 million for the second installment and $7.5 million for the third.

For Breaking Dawn, he earned $12.5 million each for Part 1 and Part 2. In addition he received a 2.5% cut of the profits of the third movie, which brought in another $7.5 million.

All told, Taylor made a staggering $45 million from the Twilight franchise.

How Old Is Taylor Lautner?

Taylor Lautner was born on 11 February 1992 in Grand Rapids, Michigan, United States. Taylor Lautner is an American actor. Taylor has been active in karate since 2006 and has competed in various national competitions.

Lautner was educated at Valencia High School. Lautner graduated from the California High School Proficiency Test in 2008. Finally, he got his GED at the age of 16 (in 2008). Now, Taylor takes online classes at a local community college.

Taylor Lautner has created a significant media buzz and has been named one of the “Most Beautiful People” by various publications. In addition, he was once the highest-earning teenage actor in Hollywood.

Taylor has also been cast in other movies and shows, which include Valentine’s Day, Scream Queens, My Own Worst Enemy, Cuckoo, Abduction, Cheaper by the Dozen 2, Danny Phantom, and The Adventures of Sharkboy, Grown Ups 2, Lavagirl in 3-D, and Run the Tide.

Who Is Taylor Lautner's Wife?

Taylor Lautner started dating nursing student Taylor Dome in 2018. They made their relationship Instagram official in October 2018 in a Halloween post. They got engaged on November 11, 2021.

What Is the Height of Taylor Lautner?