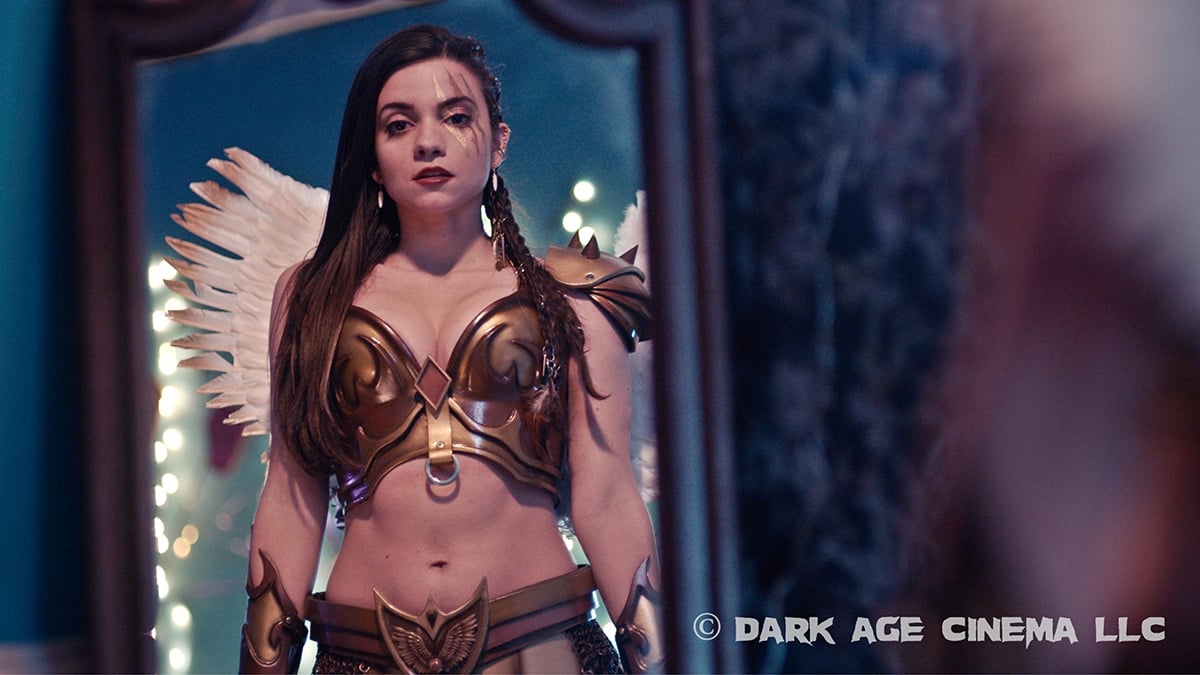 The first thing anyone can talk about when it comes to Terrifier 2 is its two-hour and twenty-minute runtime. That's long by any measure, but especially for a sequel to a sparse slasher that doesn't crack 90 minutes. What's even more worth talking about, though, is that Terrifier 2 earns that runtime.

The film picks up where the last film left off as Art the clown (David Howard Thornton) escapes the morgue where we last saw him, before jumping forward a year. The first film's events occurred on Halloween night, and this sequel is no different. That focus on not just the holiday of Halloween but the anniversary of a violent event immediately puts the film in conversation with another daring slasher of the 21st century: Rob Zombie's Halloween II.

Terrifier 2 borrows significantly from the narrative structure of Halloween II (2009), including an extended dream sequence early in the film and an outing to a costume party with friends for lead character Sienna (Lauren LaVera). But the most interesting connection between the two is the time they dedicate to their characters' familial trauma and the cultural attention showered on horrifically violent events.

Terrifier 2 introduces Sienna, her brother Jonathan (Elliott Fullam), and their mother, Barbara (Sarah Voigt), who are struggling with the loss of their father and husband to suicide. We aren't given specific details on when he died, but the effect on the family is evident. It's driven Sienna away from her mother and led Jonathan into a fascination with the macabre, including the last film's events, known as “The Miles County Massacre.”

As the film continues, the siblings learn that their father may have some connection to Art and his murders, leading to questions about who their dad was and whether they really knew him. And the link seems hereditary as both siblings begin to have visions of Art.

It's a bold choice to draw from such a largely reviled film, even one with its admirers (including me), but Terrifier 2 manages to draw from Halloween II without ever feeling like a retread. The movies diverge in several ways, but chief among them are Terrifier 2‘s explicit fantastical elements.

These elements are introduced early on when we learn that the dream world and the waking world can affect one another (the Nightmare on Elm Street influence is obvious). The fact the film then goes full-on fantasy (as some of the Elm Street films do later in the series) by the end is just another reason Terrifier 2 stands apart in the modern horror landscape. It's clear that Leone is doing whatever he wants here.

That freedom and singular vision extends to the genuinely astounding violence in the film. There is one sequence in the first film that is imprinted in the minds of any who have seen it, but Terrifier 2 pushes well beyond that in two if not three scenes. In one scene, the violence is pushed to such extremes that it's almost impossible to do anything but laugh. But then it keeps going.

Art leaves the scene, as the camera stays with his victim bleeding out, only to return and literally rub salt in her wounds. It's absolutely relentless, but throughout, Art mugs for the camera, smiling and waving his hands excitedly. It's unclear whether Terrifier 2 wants its audience to have fun or throw up. Unless the film is itself posing a question to us as horror film viewers: what do you want from this?

The absurd extremes of the violence in Terrifier 2 are never fun (at least for this viewer). Even as Art enjoys his sadism, the shockingly realistic practical effects (courtesy of Leone) and the extended brutality of these scenes make them impossible to enjoy as “cool kills.”

Beyond the extremity of the violence, though, the film makes two meta statements about itself that are clearly meant to speak to the audience. The first comes when a teenage girl acknowledges the “creepy silent clown thing is very effective.” And the second comes from Sienna's mother, Barbara, who comments on Sienna's revealing Halloween costume in a conversation that comes after a sequence in which we see Sienna get ready, including images of her in the shower, but notably does not show her breasts.

Neither of these dialogues breaks the fourth wall or makes any mention of being in or about a movie (and are the better for it), but they bring up questions for us as viewers about what we want from horror movies. The fact that on multiple occasions in the film, children see Art with real severed heads and voice that these are “cool,” only further questions how desensitized we have become to gruesome images. Add to this the conscious attention that Art spends mutilating eyes and eyeballs in the film, and there's no doubt that the film has an interest in our fascination with watching violence.

It's not clear whether the sickening violence in Terrifier 2 wants to affirm that desensitization or is meant to force audiences to reckon with ever having taken joy in violence in horror films. But it poses a question about what we're doing when we watch these kinds of movies.

Terrifier 2 feels like the work of a filmmaker who is unsure if they'll ever make a movie again. Leone puts so much into the film, from its insistence upon stomach-churning gore and violence against children to its questions about horror films and familial trauma. It's hard to see the film as anything other than a manifesto attempting to fit in all of Leone's ideas about what horror films are and what they can be, both for good and for ill.

That fullness never feels forced, though. Instead, it makes the film's extended runtime move surprisingly quickly, as there is never a dull moment. Ironically the only moment that feels forced and overstays its welcome is a lengthy mid-credits sequence that teases another sequel.

I would certainly be interested to see where Leone would take the story of Art and (hopefully) Sienna in future films. But that interest would be marked by significant apprehension after he has put so much into Terrifier 2.

Terrifier 2 debuts in theaters on October 6.