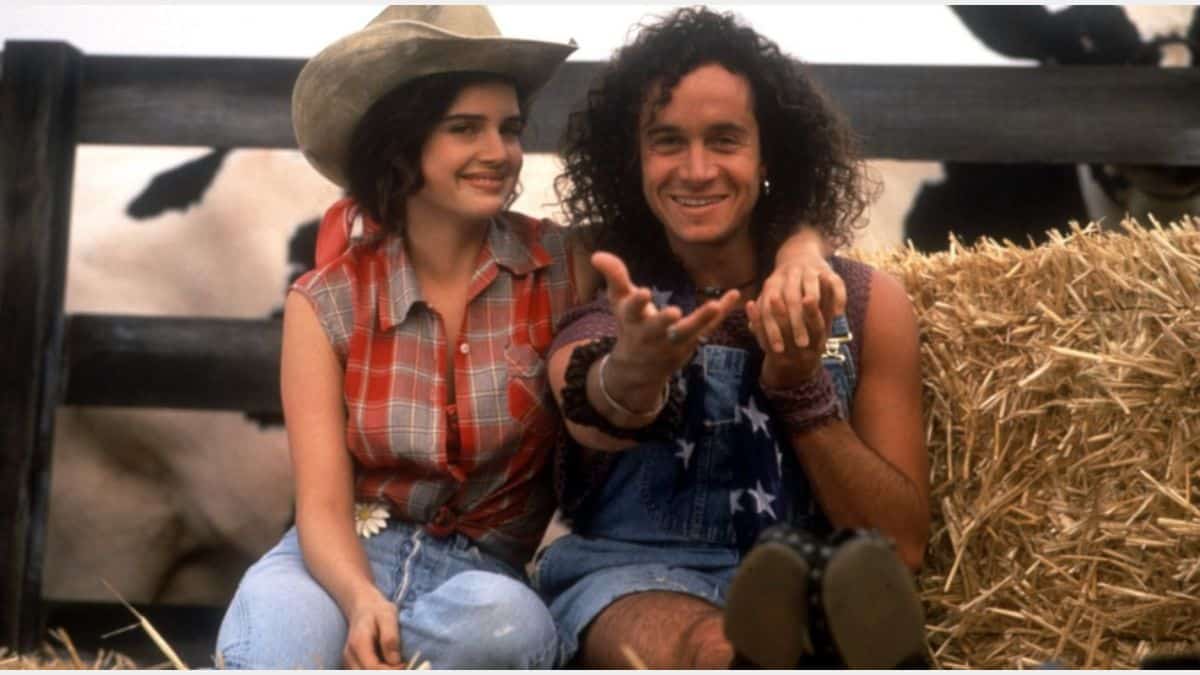 Are you searching for Thanksgiving-themed movies to usher in that holiday vibe? We got you covered. A Redditor posted, “I Just realized that Planes, Trains, and Automobiles (1987) is a Thanksgiving movie!” Any others?”

They continued, “Watching this movie made me think about how Thanksgiving always gets overshadowed by Halloween and Christmas. Nobody does 25 days of Thanksgiving or Countdown to Turkey Day on TV. So I'm compiling a list of Thanksgiving movies. Help a girl out, folks!” Redditors responded with these ten Thanksgiving films.

Scent of a Woman is a drama set around Thanksgiving weekend. It follows the story of a preparatory school student (Chris O'Donnell ) taking a job as an assistant to an irritable, blind, medically retired Army lieutenant colonel (Al Pacino).

Son in Law is a comedy following a country girl (Carla Gugino) who brings her college resident advisor, friend, and city boy (Pauly Shore) home to South Dakota for Thanksgiving. He takes on country chores and brings city spice to the family.

Addams Family Values is a supernatural black comedy following the Addams Family on a new adventure. After a nanny (Joan Cusack) sets her devious eyes on Uncle Fester (Christopher Lloyd), she ships the kids off to summer camp. For some reason, they perform a Thanksgiving play, and Wednesday and Pugsley start a Turkey Day revolution.

Pieces of April is a comedy-drama movie following April (Katie Holmes) as she welcomes her estranged family to a Thanksgiving dinner she attempts to prepare. It co-stars Derek Luke (Antwone Fisher) and Sean Hayes (Will and Grace).

Dutch follows a working man named Dutch (Ed O'Neill) driving his girlfriend's snotty 13-year-old son from his private school in Atlanta to her home in Chicago for Thanksgiving. The kid is angry about his parent's divorce and wants nothing to do with him. So it makes for an adventure filled with arguing, mishaps, and bonding.

Nobody's Fool is a comedy-drama following an upstate New York construction worker (Paul Newman) in a constant battle with a contractor (Bruce Willis). However, his routine is interrupted when his estranged son (Dylan Walsh) comes home around Thanksgiving. It co-stars Jessica Tandy and Philip Seymour Hoffman.

Free Birds is a computer-animated sci-fi comedy about two turkeys who travel back in time to prevent their kind from ending up on the Thanksgiving menu. It stars the voices of Owen Wilson, Woody Harrelson, and Amy Poehler.

Woody Allen's Hannah and Her Sisters is a comedy-drama following the stories of an extended family over two years that starts and ends with a family Thanksgiving dinner. It co-stars Mia Farrow, Michael Caine, Barbara Hershey, and Dianne Wiest.

Home for the Holidays is a family comedy-drama following a single mom who loses her job, kisses her ex-boos, finds out her daughter has other holiday plans and heads to Chicago to spend Thanksgiving with her dysfunctional family. It stars Holly Hunter, Robert Downey Jr., Claire Danes, and Dylan McDermott (American Horror Story).

Spider-Man is the first superhero film in Sam Raimi's Spider-Man trilogy, starring Tobey Maguire, Kirsten Dunst, James Franco, and Willem Dafoe as the Green Goblin. Aunt May (Rosemary Harris) prepares a Thanksgiving feast for the gang and slaps at Gobby's hand when he goes for the yams before the blessing.

The 12 TV Shows You Must Watch This Holiday Season