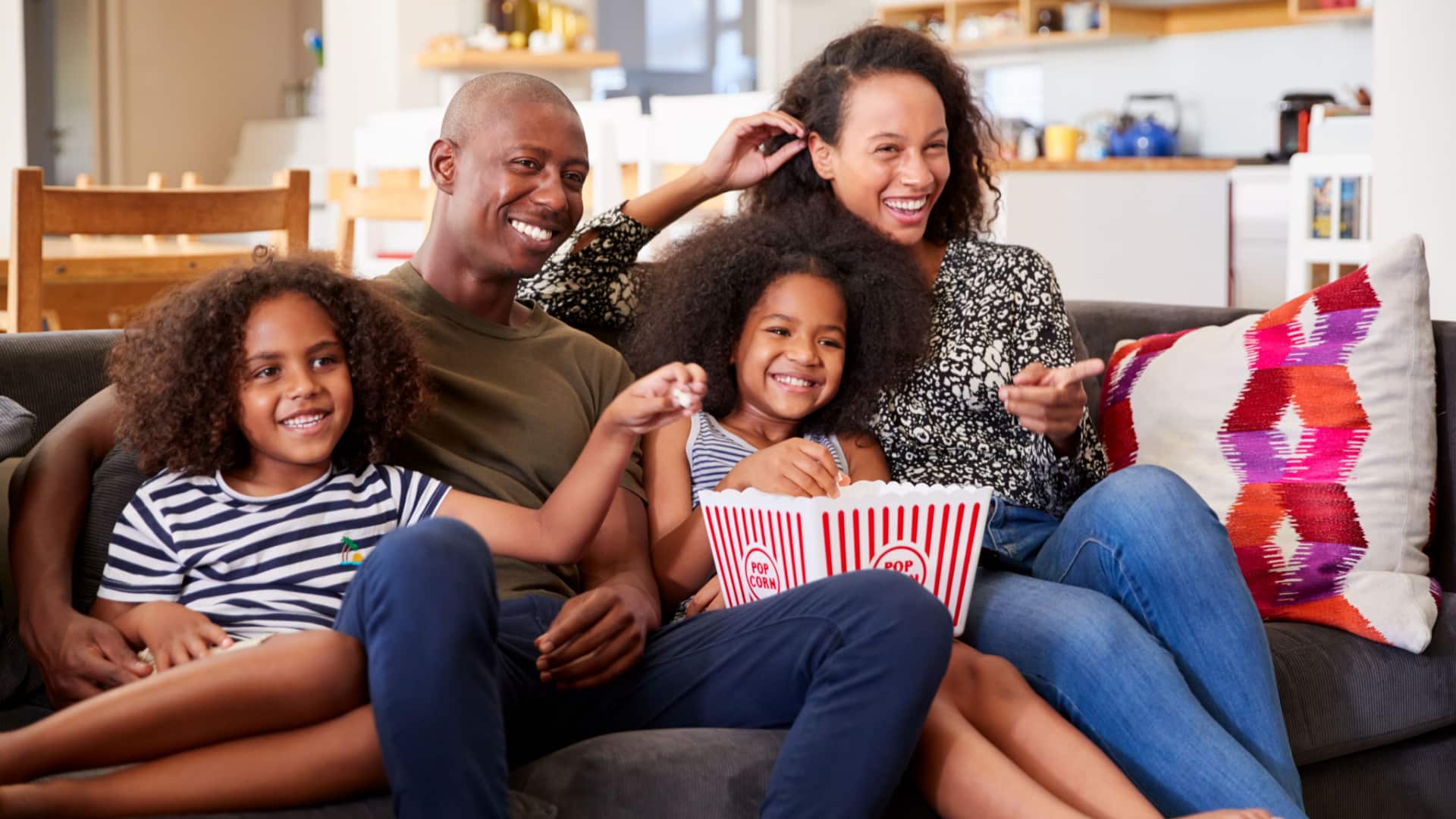 Since its debut in 2021, Paramount+ has quickly risen to become one of the greatest subscription-based streaming platforms you can currently find online. Combining a range of properties from CBS, Paramount, Nickelodeon, and Comedy Central, it boasts a rich library of beloved movies, TV series, and documentaries.

Like all the most noteworthy streaming platforms, Paramount+ also has a ton of exclusive content at its disposal, such as Star Trek: Picard, 1883, and The Good Fight.

Along with those exclusive titles, the platform also has a dense catalog of movies streaming on the service, from newer films like Smile and House of Gucci to classics like Top Gun and Planes, Trains and Automobiles.

Here are some of the best movies you can find playing on Paramount+ right now.

Director Ridley Scott has made many, many epics over the years (Gladiator, Kingdom of Heaven, Alien, The Martian, and so on). His most recent epic is this, a 2021 biographical film centered around the most influential name in the fashion industry.

In the late 1970s, office manager Patrizia Reggiani (Lady Gaga) falls in love with the awkward Maurizio Gucci (Adam Driver) — heir to the vast Gucci fashion empire. Marrying Maurizio, Patrizia encourages her husband to seize control of the Gucci fortune for themselves.

Like most biopics, the historical validity behind House of Gucci is questionable. However, its sheer ambition and the lengthy cast of acclaimed actors (Jared Leto, Al Pacino, Jeremy Irons, and Salma Hayek) make it an overall decent movie, although it faces issues in terms of its pacing and campy tone.

Yes, Thanksgiving is over, but there’s never a wrong time to watch Planes, Trains and Automobiles — especially if you’re someone who has to travel long distances to be with friends and family this holiday season.

Easily the greatest Thanksgiving movie ever made, Planes, Trains and Automobiles is also John Hughes at his very best. Venturing out of his usual teen comedy films, Planes, Trains and Automobiles has an emotional depth and blend of humor few movies are able to sustain — all the while relying on an incredible dynamic between a grouchy Steve Martin and a boisterous John Candy.

Enrolling at the prestigious Top Gun Flight School, daredevil Navy pilot Maverick (Tom Cruise) must prove himself to his superiors and beat out his fierce competition.

We’ll admit it right away — Top Gun isn’t nearly as good as its recent sequel, Top Gun: Maverick. When you compare the two, the original Top Gun is an overstuffed, meandering, melodramatic action movie that’s inexplicably short on thrills.

However, the few action sequences the movie does have are some of the most standout moments in the entire genre — just as breathtaking now as it was over three decades ago. And plus, for those few who haven’t seen Maverick, it might be a good idea to go back and see the original film before watching its far better sequel.

The most acclaimed film of the 1990s, Titanic is an epic historical romance centered around the most famous tragedy of the 20th century.

On its maiden voyage from Southampton to New York, two passengers aboard the Titanic (Leonardo DiCaprio and Kate Winslet) meet and fall in love — their untimely romance cut short by the ship’s sinking halfway through its voyage.

Some viewers might view James Cameron’s 1997 Oscar winner as overrated — a fair critique, the movie perhaps being a tad too melodramatic in some respects. However, its scope, CGI, performances, and ambiance are without question worthy of praise, juxtaposing a realistic depiction of the Titanic’s sinking with an ill-fated romance that can never be.

We’ve said it before and we’ll say it again: We love A24. Time and time again, the production company has overseen some of the best and most original movies in recent memory — from visionary horror films like Hereditary and The Witch to rapturous road movies like American Honey.

Tired of her unhappy home life in Oklahoma, the teenage Star (Sasha Lane) runs away and joins a group of lively magazine salesmen traveling across the Midwest.

Like all the greatest road movies featuring principally younger characters, American Honey beautifully captures the angst and sense of restlessness felt by so many youths. As we see, life on the road can be a wondrous adventure, absent from responsibility and full of possibility — a time for teens to find themselves and come to terms with the freedom of their fading childhoods.

A spiritual sequel to the monster film, Cloverfield, 10 Cloverfield Lane pushes its fictional universe in new directions, establishing a world invaded by monsters, yet keeping it grounded through a taut, suspenseful narrative.

Shortly after a major car accident, Michelle (Mary Elizabeth Winstead) wakes up in an underground bunker with two other men (John Goodman and John Gallagher Jr.). Learning that the world has ended after some sort of mysterious attack, Michelle begins to wonder whether life on Earth is truly over, or whether she’s actually being kept hostage by the bunker’s owner.

A sequel that no one ever asked for but everyone was happy to get, 10 Cloverfield Lane is a perfect continuation of 2008’s Cloverfield. Focusing on an entirely new, claustrophobic story, it’s a movie that feels like a lost episode of The Twilight Zone or Black Mirror, characterized by sharp plot twists and an ambiguous, more psychologically uneasy storyline.

If there are two Eddie Murphy movies you absolutely must see in your lifetime, it’s Trading Places and 48 Hrs. Both movies helped elevate the then-SNL cast member to career stardom, gaining Murphy further exposure as a comedian able to hold his own in the film industry.

When two convicted murderers break loose in San Francisco, a grizzled police detective (Nick Nolte) arranges the 48-hour release of the killers’ former associate (Murphy) to help him track them down.

Murphy is a phenomenal leading man when occupying the screen on his own — as seen with his fantastic Beverly Hills Cop series — but when he’s paired with someone like Aykroyd or Nolte, he’s arguably at his most hilarious. Filled with witty banter, it’s an energetic buddy comedy that capitalizes on Nolte and Murphy’s clear comedic chemistry (a pairing we never imagined would be this good).

Following a botched mission in Russia that results in his best friend’s (Sean Bean) death, James Bond (Pierce Brosnan) begins to pursue a shadowy criminal organization that plans to use an orbiting space weapon to wreak havoc on the world.

By the 1990s, the James Bond franchise was as dead as bob haircuts. After decades of false starts and increasingly cartoonish entries, it seemed that the gentleman superspy would never again be taken seriously.

But then, along came GoldenEye, saving the Bond series from extinction. Returning to the espionage-heavy tone of the original Connery films, it seemed like an exciting fresh start for the franchise, returning to the series’ roots. Unfortunately, it’s also the only great Bond film to feature Pierce Brosnan as the daring secret agent, with everything that came after it on par with the worst of the Roger Moore years.

After a session with a young patient goes terribly wrong, a therapist (Sosie Bacon) is stalked by a supernatural creature, manifesting itself through hallucinations of people smiling around her.

The most recent mainstream film to debut on Paramount+, Smile also happens to be one of the better horror films of 2022, right up there with X, Fresh, Pearl, and Nope.

Judging from the trailers alone, it would seem that Smile wouldn’t necessarily measure up to the best 2022 has to offer in the way of horror, coming across as a high-concept horror vehicle in the same mold as Truth or Dare.

Thankfully, Bacon’s believable performance and its variety of themes (mostly related to trauma and depression) elevate it to superior heights, many favorably comparing it to other weighty horror films like The Babadook and Hereditary.

Sofia Coppola is — like her father — a consistently entertaining director, with even her most overlooked movies deserving of praise in some form or another. Her 2013 crime movie, The Bling Ring, is one such example of this.

In celebrity-populated Los Angeles County, a group of trendy teenagers begin using social media to track celebrities’ movements, robbing their houses whenever they happen to be away.

Based on an actual story surrounding the so-called Bling Ring, Coppola’s loosely biographical film is a thrilling and fascinating portrait of these youths’ one-year crime spree. With commendable performances from Emily Watson, Taissa Farmiga, and Leslie Mann, it adequately captures the nuances of its young characters — teens simultaneously robbing their idols while admiring them from afar.