The Nintendo Switch is one of the most beloved consoles of all time, and for good reason: It's home to a host of incredible games â€” all of which can be taken on the go or played at home on the big screen. Though the system features lots of terrific games, which ones are the best?

Nearing 5 years old, the Nintendo Switch appears to have no signs of slowing down. A percent of this consoleâ€™s attraction is its distinctive home-and-away blueprint that allows you to play your favorite video games on the big screen.

Plenty of people enjoys this because of its usability. The fact that commuters or people with a busy way of living can easily use this for their enjoyment is what makes it astounding.

Adding a few more cash, you can pick up the premium, $349.99 Nintendo Switch OLED. Which highlights a big, gorgeous screen and higher-level kickstand. Thereâ€™s also a cheaper, compact, $199.99 Nintendo Switch Lite if you donâ€™t want to trouble yourself with a TV.

Having to choose from Nintendoâ€™s catalog of originally released games are difficult since everything is really good and you want to know which ones are worth your treasured time and money.

If youâ€™re ready to fill your Nintendo Switch library with much needed games, keep on reading!

In this list, we'll break down our top picks for the best Nintendo Switch games.

The superb games released by Nintendo is also one of the things that gives it a marvelous character. The Nintendo Switch has saw one of the preeminent first year libraries in gaming history, and more essential games are coming out each month.

The Switch not only has a range of the best first party games out there but they also have a well founded roster of second and third party games with astonishingly strong ports from both previous and current console range.

Additionally, it has strong retro and indie games too. Even with the Playstation 5 and XBox Series X/S on the supermarket shelves, the Nintendo Switch can hold its own and has the most enthralling console.

If you want to come across the Joy-Con life, then the Nintendo Switch is definitely for yours to try. And if you are already have a Switch and looking for games to enjoy, hereâ€™s a list to look out for! From role playing games to strategy games, and so much more. As one of the system's standouts in 2020, Hades is a unique take on the roguelike genre. In it, you play as Zagreus, the son of Hades, as he attempts to escape from the underworld. Each world is comprised of randomly generated floors, with various creatures and power-ups for you to use as you please.Â

The cool thing is that â€” unlike many roguelike games â€” you don't lose everything when you die. The game rewards you with bits of narrative after each run, meaning that even after death, you still have something to look forward to.

Brawling your way out of the Greek underworld while haphazardly changing your skills and munitions just feels magnificent.Â The other huge Nintendo Switch game of 2020 was Animal Crossing: New Horizons â€” a title that brought Nintendo fans together during a dark time amidst the COVID-19 pandemic. This one was popular, too, as indicated by its 26 million units sold in just under a year, making it one of the fastest-selling Nintendo games ever.Â

New Horizons is outstanding for many reasons, but one striking thing is that even those who don't typically play games are drawn to it. Paying your debt to a racoon is a tiny cost to pay for the privilege to relax in your own communal life again.

The lighthearted, chill nature of it is alluring, and Nintendo has certainly given us plenty of reasons to keep checking in, even a year after launch. PokÃ©mon is one of the most adored franchises available on Nintendo platforms, so it's no surprise the latest entries, Sword and Shield quickly became fan-favorites. Sure, it doesn't do a ton to revolutionize the formula established over 25 years ago, but it's a gorgeous-looking game that is sure to satisfy PokÃ©mon fans. Players were fond of its quality of life improvements, beautiful visuals, and the new Dynamax features introduced.

Travel across large expansions to capture even bigger Pokemon. Youâ€™ll find yourself playing for hours and your Pokedex will be filled in no time. If we had to pick one word to describe Super Mario Odyssey it would be â€œjoy.â€ This game is happiness wrapped up in a hefty package with so much content, fan service, and callbacks to the series' rich history.Â

While it plays mostly as you'd expect, its most prominent new feature allows you to take the form of many enemies that surround you â€” including a giant T-rex! And around halfway through the game, it includes one of the â€” if not the â€” best musical numbers that you have to check out. 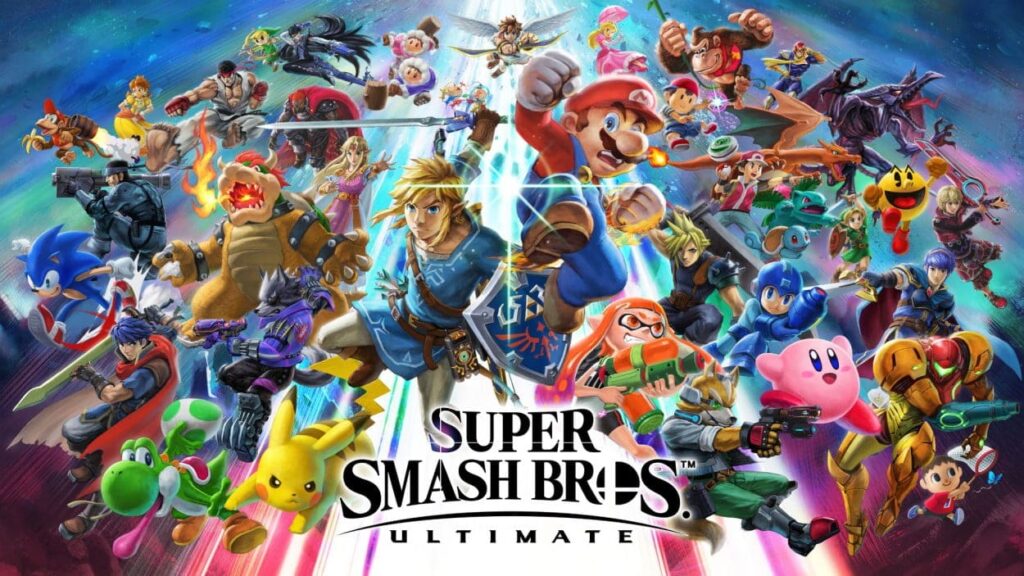 To be frank, Super Smash Bros. Ultimate is a game that shouldn't exist. It is the â€œultimateâ€ display of fan service, featuring over 80 fighters from first and third-party games across Nintendo systems. It has tremendous replayability, with nearly endless unlockables, and is great for casual players, as well as those who wish to learn the game's intricacies.Â

It also includes a slew of online and local modes, lots of stages, and dozens of hours of music to enjoy. Super Smash Bros. Ultimate is a celebration of Nintendo and will be remembered for years to come.

Super Smash Bros. Ultimate has everything a fan of Nintendoâ€™s acquiesce may ever need and itâ€™s also faster paced for even better play. Matching the acclaim of the original Super Mario Maker was likely no easy task, but Nintendo somehow managed to not only meet â€” but exceed â€” expectations with Super Mario Maker 2. It doubles down on all of the fan-favorite mechanics introduced in the first game, with lots of additional quality of life improvements, and even more to love.Â

It also comes with lots more assets across various Super Mario games, perfect for Mario fans of any age. This is a game that is hard to put down, whether you spend time creating levels or playing them. The Fire Emblem series has been around for over 30 years, but only recently began to pick up steam in the West with the release of Fire Emblem: Awakening for 3DS in 2013. In 2019, Fire Emblem: Three Houses came to Nintendo Switch and took its audience by storm, thanks to its clever writing, engaging story, and deep turn-based tactical RPG gameplay.Â

And although the series had been known for its punishing â€œperma-deathâ€ mode, Three Houses is friendly to newcomers since it features an easier difficulty that keeps your units around even after they're eliminated on the battlefield. 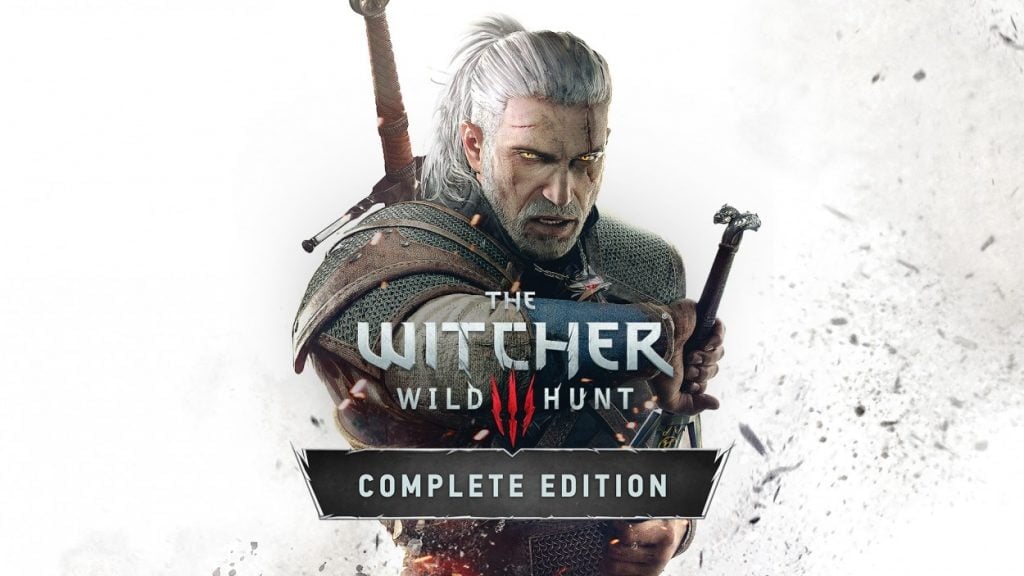 Of course, The Witcher 3: Wild Hunt isn't exclusive to Nintendo Switch, but it's still one of the system's best games. Aside from the fact that witchcraft was almost certainly involved to get a game of this size and scope running on a handheld system, The Witcher 3 is simply one of the greatest RPGs of the past generation.Â

It has a stunning art style, rich lore, interesting characters, and a gameplay loop that makes it hard to put down. It's the quintessential action RPG that shouldn't be able to run on Nintendo Switch, but we're glad it does. It's always a good idea to have Mario Kart 8 Deluxe in your back pocket because it's a game that most people can play. You can easily bust it out while you have friends and family over and have a good time, without the need to explain complicated controls or backstories.Â

But its simplicity doesn't mean core players can't enjoy it, as well. It has challenging Grand Prix stages that are sure to keep you on your toes, along with lots of unlockables, and a surprisingly functional online mode. There's a reason why it's the system's bestselling game, coming in at close to 29 million units sold.

Mario Kart 8 is the most vigorous game in the series so far, and with the elective portability of the Switch, it ranks as a must have game. Nintendo is known for iteration, but the Splatoon series is an example of a company with innovation in mind. Splatoon 2 is a competitive online third-person shooter with that quirky Nintendo twist to give it some personality. Instead of shooting your opponents, your goal is to cover the stage with your team's ink, and the team with the most covered turf wins the game.Â

Throw in a surprisingly deep gear system, catchy music, and a fun single-player mode, and you get one of the best shooters the Nintendo Switch has to offer.

The Legend of Zelda: Breath of the Wild 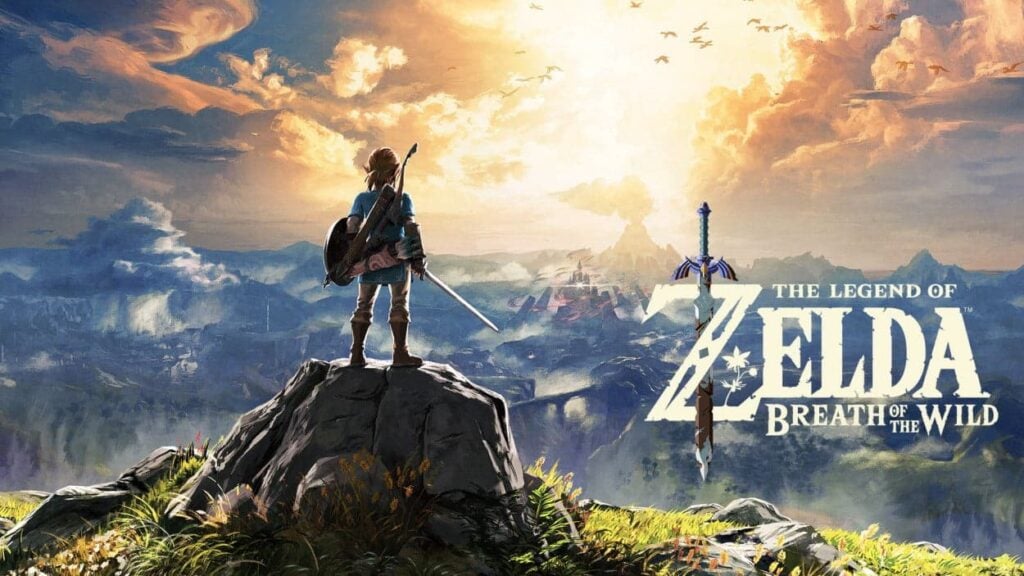 You probably saw this one coming. The Legend of Zelda: Breath of the Wild is simply put, one of the greatest games â€” not just on Switch â€” but of all time. The shift to an open world with less of an emphasis on story gives the player a massive amount of freedom to do whatever, whenever, without being locked into a linear path.Â

This game is revolutionary in the way it handles its physics â€” meaning if you think you can do something, you probably can. And being able to climb nearly everything in the world makes it so much easier to explore, giving you freedom, and serving as an unforgettable experience we wish we could experience for the first time again.

Get The Legend of Zelda: Breath of the Wild here.