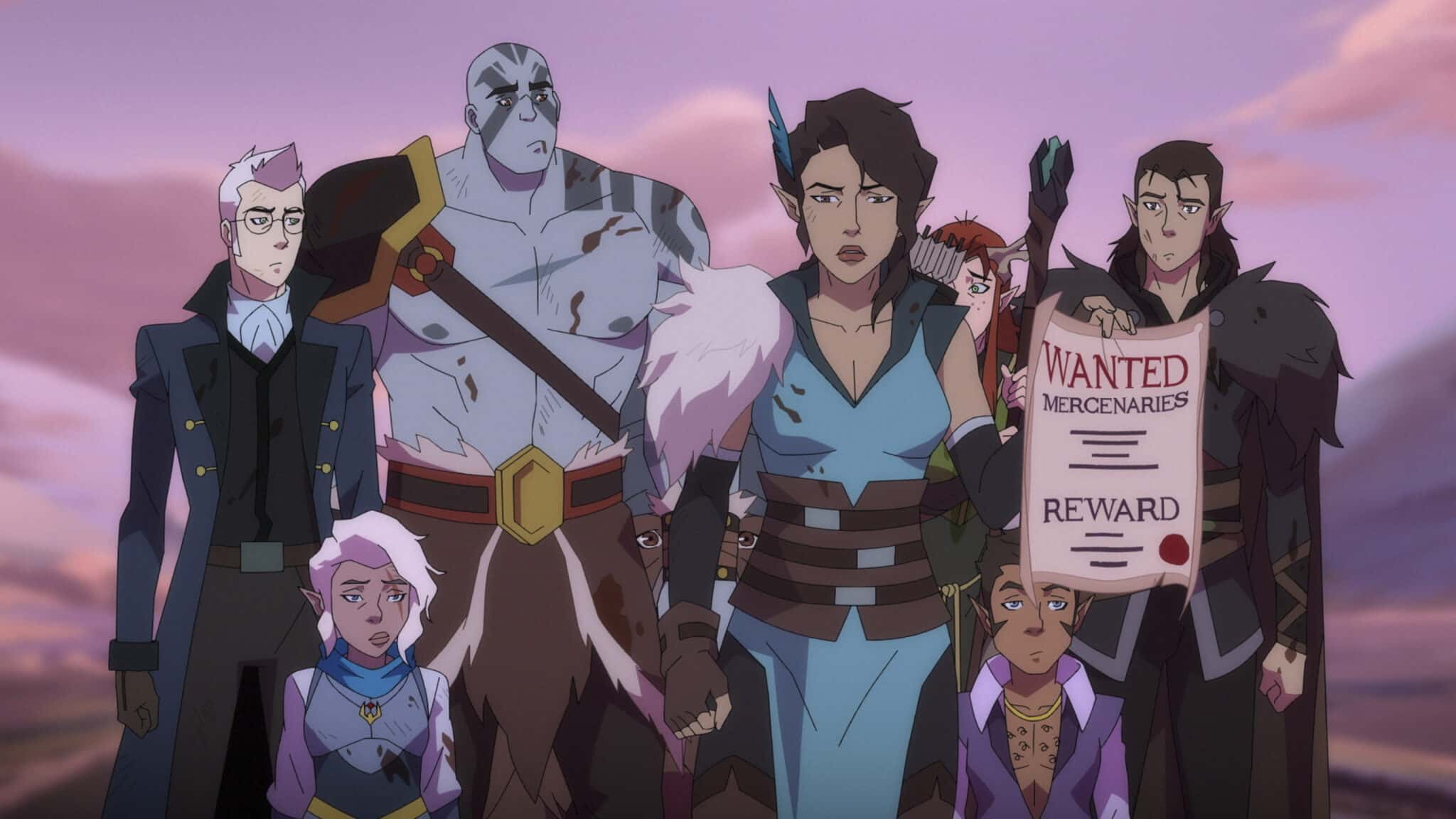 Prime Video’s The Legend Of Vox Machina started as a pipe dream for Critters everywhere, and it is now one of the most popular shows in the world. Based on the Dungeons and Dragons campaigns played by Critical Role, a group of nerdy voice actors, the show was only made due to a successful Kickstarter campaign. Now not only are long time fans thrilled, but Critical Role and Vox Machina has welcomed in a whole lot more supporters.

The animated adult series was unafraid to dive right in with blood, sex, gore, and vulgar language scattered throughout the very first episode – and it never stopped. The Legend Of Vox Machina is the perfect fit for Prime Video, as it very much resembles Invincible, an adult animated superhero show based on comic books.

The series was given a unique release schedule, with three episodes released each week for four weeks. Yes, the first season has just 12 less than 30-minute long episodes, but that didn’t stop it from delivering on many different levels.

The first three-episode arc is spent allowing new viewers to get to know these characters. Vox Machina is made up of seven members from different backgrounds. They are a ragtag group of mercenaries who are not afraid to get their hands dirty.

One of the best things about this show is how this ensemble grows in just twelve short episodes. Viewers witness them go through a lot and become better for it. There is a camaraderie here that is nearly unmatched by any others seen on the screen. They joke around with one another, and are known to have their disagreements, but at the end of the day any one of them would take the fall for the others.

During the first two episodes, Vox Machina is hired by the Tal'Dorei Council to track down and kill a monster that is plaguing the city. It turns out that this is a dragon – a really big blue dragon – and they must work together to figure out its weakness and take it out. Making this a two-episode arc was extremely smart of the creators, as it is the perfect introduction to these characters.

It is discovered that the dragon is actually a member of the council and the leader of the military,  General Krieg (David Tennant). After he is killed in episode two, Vox Machina earns the title of protecting Tal’Dorei and are rewarded with their very own keep.

This is where things take a very dark turn and remain there for the rest of the season. The main storyline deals with the Briarwoods, a twisted couple that has sinister plans. Lady Briarwood is a necromancer who made a deal with The Whispered One to save her husband Sylas and in doing so he was turning into a vampire.

They have a history with Percy and the story itself unravels slowly over the course of the final ten episodes of season one. About five years previously the Briarwoods came to his home of Whitestone and brutally murdered his family in front of him. His need for vengeance consumed him and he was then possessed by a demon – and when this demon takes control Critters call him No Mercy Percy.

Percy wields a powerful gun that he calls the Pepperbox and when it kills one of its targets, their soul is fed to that demon. With each kill, however, a little bit of Percy is surrendered to the demon as well. There is a great risk that his soul will be lost, and this is something that the final two episodes focus heavily on.

Over the course of the first season of The Legend Of Vox Machina, Percy is able to enact vengeance upon just two of his targets – the captain of the guard Stonewall and his old teacher Anders. While Lord Sylas Briarwood is killed, it is the work of Keyleth and Grog. Doctor Ripley escapes, and it is likely that we will see her pop up again eventually.

Briefly, his long-lost sister Cassandra’s name appears on his weapon as well. She is thought to be dead at the start of the season, but once he arrives in Whitestone it is revealed that she lived. While tracking down the Briarwoods, Cassandra betrays Percy and Vox Machina by locking them in a room with an acid trap. At this point, Vax falls under the Briarwoods control and leaves with them.

After Sylas is killed, Cassandra becomes free of his spell. She also has flashbacks of Percy and realizes her hatred towards him for leaving her alone was unjustified, as he did think she was dead. If he knew she was alive, he most definitely would have returned to save her.

While all of the episodes are fantastic for their own reasons, it is the final three-episode arc that really shines. It goes darker than we have ever seen before as Percy must break free from the demon that consumes him and allow himself to forgive Lady Briarwood. Things don’t work out too well for her, however, as Cassandra cannot find it in herself to forgive as well, and she kills her.

The season ends with a celebration in Tal’Dorei with Sovereign Uriel Tal'Dore (Khary Payton) renouncing his position, leaving the city in control of a council. This is inspired by Vox Machina because he sees how well they all work together and thinks it is best for a group of people to lead. The celebration is cut short however when four dragons are seen approaching the city. Then fade to black, season one comes to an end.

Critters have widely shared their appreciation for this series and claim it has taken the best of Critical Role. The campaigns are 100+ episodes long meaning that the content had to be shrunk down and picked through in order to make this work. That said, since the actual Critical Role team is behind The Legend Of Vox Machina, they were able to do so while remaining very true to the source material. There are many Easter Eggs and references sprinkled throughout the entire season for long-time Critical Role fans.

This show is hilarious and vulgar, but it is also filled with a whole lot of heart. It is easy to fall in love with these characters, and most viewers will do so almost instantly. As their journey continues, we all root for them. Life isn’t easy for Vox Machina, which is clear from all that they deal with, but it is certainly nice to have your friends by your side while you go through Hell.

The Legend Of Vox Machina is sure to return to Prime Video for a season 2, especially after that massive cliffhanger. So what will happen when the four dragons descend upon the city of Tal’Dorei and the Council? We will have to wait to find out. Chances are this series will run for a very long time so if you haven’t allowed yourself to dive into this fantasy world, go ahead and do so.

The Legend Of Vox Machina

This show is hilarious and vulgar, but it is also filled with a whole lot of heart. It is easy to fall in love with these characters, and most viewers will do so almost instantly.

Review: ‘Texas Chainsaw Massacre’ Tries To Construct Its Own Face From the Skin of Other, Better Films