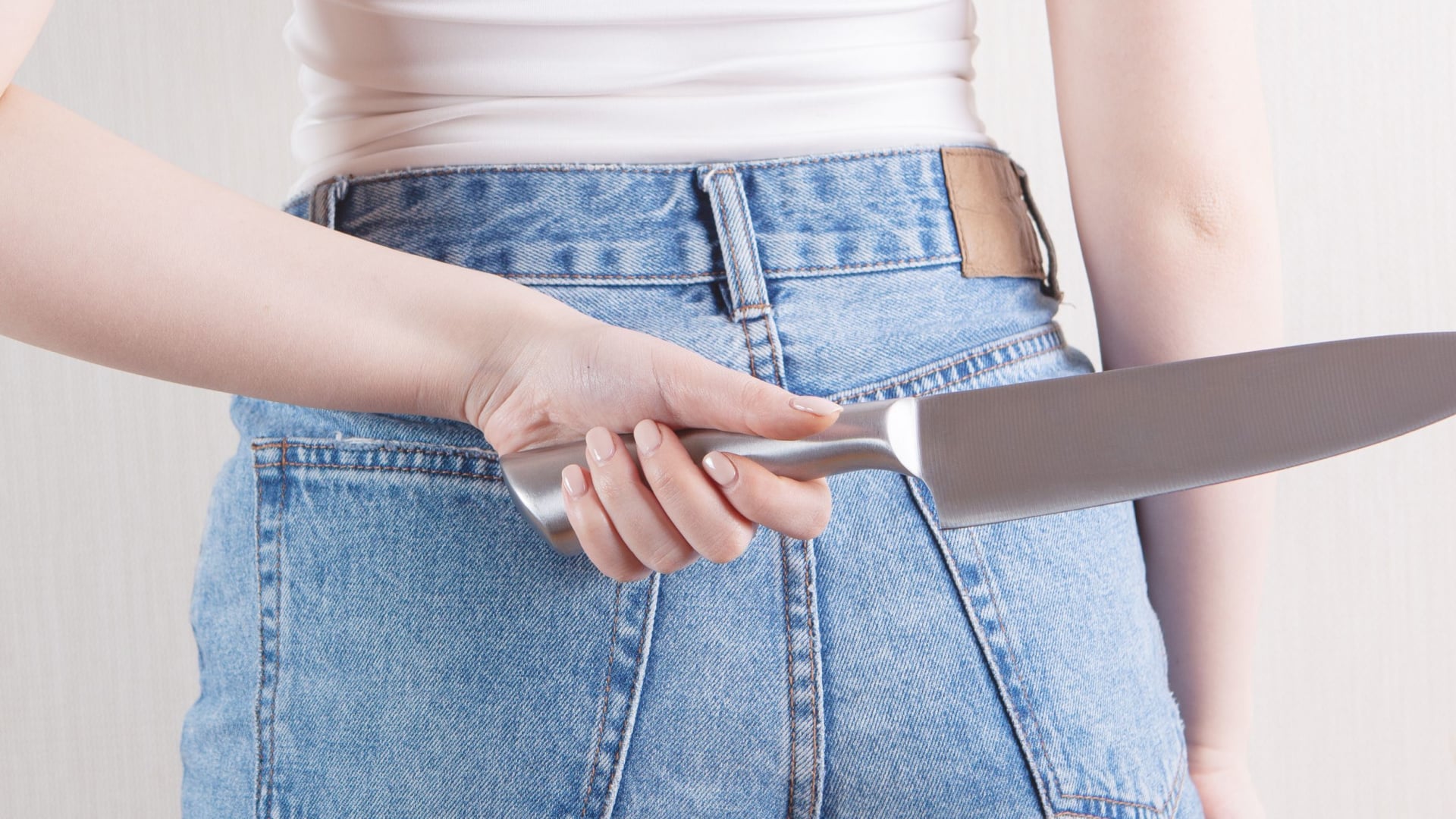 For 12 years, Andrei Chikatilo went on a killing spree, killing more than 50 Soviet Union citizens and gouging their eyes. John Wayne Gacy strangled his young victims and buried their bodies underneath his house’s crawlspace. Jack the Ripper targeted female hookers, who lived and worked in the poor streets of the East End of London, strangled them, and mutilated their abdomens.

They knew how to commit the perfect murder. They got away with it for years.

Thankfully, not many know how to commit a perfect murder. Those who know the ABCs of murder tend to be experts in law enforcement, criminals, and writers.

Authors, specifically mystery authors, read, research, and use their imaginations to determine the best way to end a person’s life.

Several of today’s famous authors share their perspectives on how to get away with murder. Interestingly, each person has a different idea of the perfect kill.

Just ask George Dawes Green, the author of the Kingdoms of Savannah: A Novel.

Known for The Juror, on which the 1996 movie of the same name was based, Green said he has always enjoyed studying the nature of crime – specifically homicides. “I am interested in how murders are pulled off and how they are successful. To me, the perfect murder is the one that completely illuminates the person who does the murdering and completely illuminates the place in which the murder takes – the environment,” he said.

Before becoming a writer, Green had worked for years in the fashion industry – importing clothes from Guatemala. Although he made enough money to live comfortably, he said he always knew he wanted to pen words onto book pages rather than pinning clothing onto mannequins. So when he had saved enough money to pay his expenses for a few years, he turned to his lifelong dream: becoming a novelist.

After writing for decades, he believes he has found the best way to commit a murder. “People look for motive more than anything,” Green said. “I would say – a perfect murder should look like a suicide. You need to deflect people’s search for motive.”

Take the greedy husband who wants to kill his wife for the $1 million insurance. He must only portray to others that she’s miserable and popping pills. Then, when he kills her with an “accidental overdose,” people would believe it. They would tell themselves – she’s been wanting to die for a while. Her death is not a surprise.

Then, the police wouldn’t ask too many questions.

Author Margo Harrison’s newest book, We Made It All Up, came out in July 2022. She knew what she would do if she needed to kill – which is something she would never actually do, of course!

But, in that situation, she would get someone to go to a high place, like a cliff, and then push the person off it. Besides having police think it was an accident, there is no murder weapon.

“That is a convenient way to have one person kill someone else,” she said. Officers can also think it’s a freak accident. “It’s not clear if the person intended it to be a murder.”

Edgar-award winner Alex Marwood concurred with Harrison. The New York City-based Mystery Writers of America award the best mystery writers with an Edgar, named after one of the country’s most famous and perhaps first mystery writer, Edgar Allan Poe. Marwood is a fan of long-distance falls for her soon-to-be-dead characters.

“I have pushed people off roofs,” Marwood admitted. “Very high falls – (they) give you a reasonably good chance of killing them.”

Accidents are another excellent way to kill off a person, but accidents come with liability. Sometimes, a person may survive the accident and will be able to squeal on the culprit. That’s why, if choosing to push a person to impending death, ensure the location is more than high enough to cause death. Don’t leave any chance for survival.

The author of four books, including The Wicked Girls, for which she won the Edgar award, said besides being a writer, she is a reading addict. And she is always looking for interesting tidbits to add to her stories. Some of her favorite books to read are abnormal psychology books and forensic memoirs.

But Marwood said the best murders are crimes where no one can find a body. Then forensic experts can’t investigate the body.

“Shove someone out of a boat,” the British author said. “It’s the most nasty, slow death for them.” But what’s better – it’ll be difficult for police to find the body. If you're using a weapon, throw the weapon in the water too.

Strangers on a Train – The Right Idea

Mike Omer, the author of the popular Zoe Bentley mysteries, had a different view of the perfect murder.

He would probably agree with Patricia Highsmith’s plot in the thriller Strangers on a Train. “Don’t kill someone what you have a direct connection with because (then) you would be the police’s first – among the initial suspects,” Omer said. “Kill someone random.”

Omer gave examples of serial killers, like the ones mentioned earlier in the article. These slayers “don’t actually know their victims most of the time – which makes them hard to find,” Omer said.

Also the author of the Glenmore Park mysteries, Omer said people tend to place a lot of weight on the motive, but “motive isn’t as important as people tend to think.” Instead, police focus on those closest to the victim.

Tips to the Perfect Murder

Liz Alterman, the author of The Perfect Neighborhood, gave a few tips.

She wants to remind readers that in today’s day and age, surveillance is everywhere – from the snapshots taken of drivers who run red lights to how companies constantly use the Internet to track people’s virtual footprints.

Before taking any criminal steps, “you have to be very aware of your surroundings. Just assume you are on camera,” she said. Then, make plans on how to avoid 24/7 monitoring.

“Advancements in technology and things like Ring doorbells, people have more access to information they may not have had two decades ago,” Alterman said.

A Chatty Kathy Is Too Risky

And, “don’t confide in anyone,” she added. “Fewer people who know your intentions would be safer for you.”

It is probably best to keep the dirty secrets to yourself.

Alterman continued, “it is very important to stick to your story…the devil is in the details.” If a suspect keeps deviating from his statements, officers will start scratching their heads, wondering why the changes. In fact, rooting out story inconsistencies is part of the standard interrogation process.

One important thing – “leave your damn phone at home,” Marwood wants to instruct readers. Officers can triangulate which phones were in the area.

Israeli author Omer sided with Marwood. “Don’t try to be overly clever; make up an alibi or intricate plan. The more intricate it is, the more something can go wrong with it,” he said.

Chaotic situations can be the sweetest spot for murderers.

Examples: clubs and riots. These are places with high-risk crowds where many drugs and illegal activities occur, which can be the best environment for murder. “You can do an awful lot without anyone noticing you doing it,” Marwood said.

She said that war-torn countries could also be a good scenario, where people won’t think twice about seeing a dead body – especially while the war is occurring.

Stay Away From Fiction

Merrie DeStefano, author of Shade: The Complete Trilogy, gave several other tips too. First, she warned, “make sure murder is the best solution for your dilemma because the chances of getting away with it are slim.”

She also warned us, not to rely on shows like Law & Order or CSI for ways to learn, or think reading the latest Grisham novel will provide the needed skills. “Oleander might be deadly when ingested and an easy-to-find-plant (in California, anyway), but I bet the police are onto that poison after the book White Oleander became a bestseller,” Destefano said.

“Likewise, Lily of the Valley might not be a good choice either, since most detectives have probably seen Breaking Bad,” she continued.

But don’t be disappointed. Even if flowers like White Oleander and Lily of the Valley are out of the picture, many other plants can be just as fatal. Destefano said she already had one in mind  – a plant that can be used as a deadly weapon, especially if the goal is to drive the victim insane before the killing.

“Beautiful and deadly, nearly every inch of an Angel Trumpet plant is dangerous. Just a handful of seeds can kill someone. Parts of the flower can be made into a dangerously strong hallucinogen, one that can take away someone’s sense of reason.” Experts also say this flower can induce a zombie state in people.

So – if murder won’t do the trick, maybe turning people into a zombie is another way to render the victim no longer a member of the living. The disadvantage? Zombies can turn on their killers.

Also, instead of relying on fiction for acquiring murder knowledge, Destefano says it’s better to watch crime documentaries. When watching, consider whether there is “anything to be learned from cold cases, especially those where the perpetrator hasn’t been caught yet?”

Sometimes – having good habits can help a killer escape. This includes cleaning. Harrison said the more a perpetrator cleans up after him or herself, making sure to get rid of all clues, the more likely police will not find him or her.

Some authors also shared the best murder scenarios they encountered.

Alterman recalled how one woman slugged and killed a man with the leg of a lamb. Then she cooked the piece of meat in the oven, prepared the dish, and her family ate the evidence. Afterward, she threw away the bone.*

Any trace of her as the killer disappeared over a family meal.

Alterman also heard the story where the murderer used a weapon that did not leave behind any prints. The murderer used an icicle, she said. Detectives couldn’t find the cold pick because the ice melted.

Harrison recalled an incident that occurred when she was younger. The crime was so strange she never forgot it. Israel Keyes, of Utah, had killed at least three victims across the United States in eight months, from June 2011 to February 2012.

“He had killed two people just a few miles from where I lived,” she said.

The murderer would take his victims across state lines. Crossing those state boundaries made it more complicated for law enforcement to pursue him. Police also believe they have not found all of the victims. Keyes, who committed suicide, had left behind a drawing of 11 skulls, which led law enforcement to believe Keyes had ended 11 innocent lives.

However, Kimberly McCreight, the author of Reconstructing Amelia: A Novel, may have had the best way to avoid detection when committing a murder.

Just don’t do it, she says.

*Editor's Note: This is also the scenario from the Roald Dahl short story “Lamb to the Slaughter,” which was adapted for an episode of Alfred Hitchcock Presents in 1958.