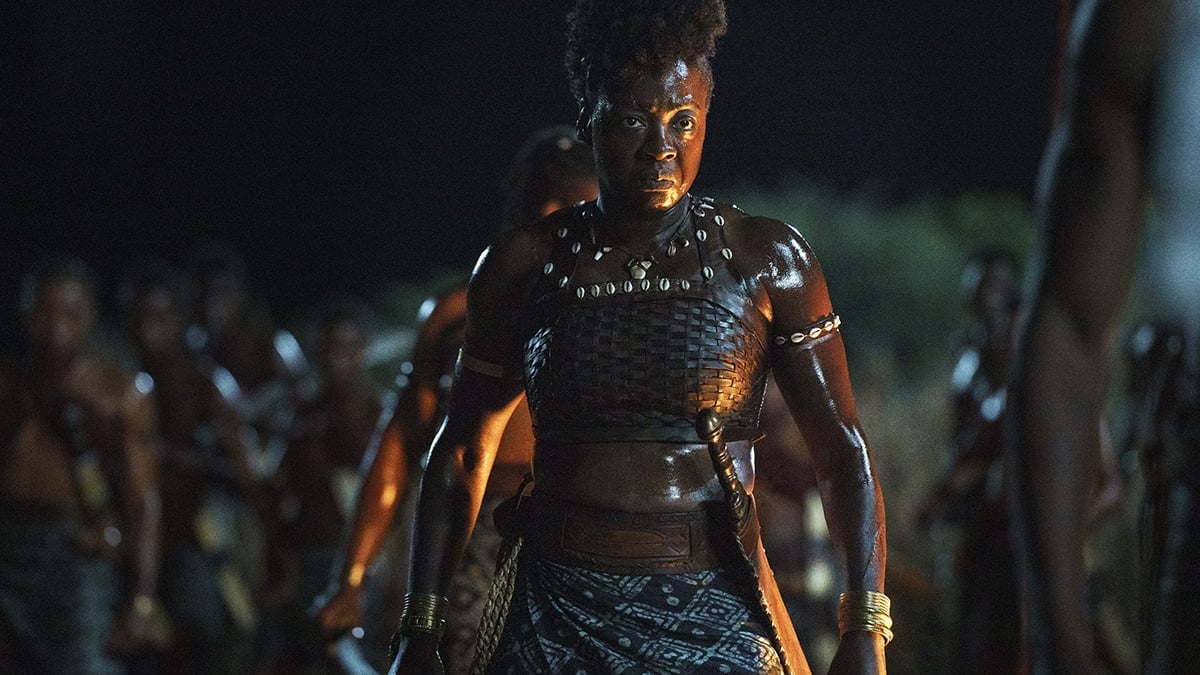 The Woman King feels like an overdue film, but also one that takes that responsibility almost too seriously. The film centers on the Agojie, an all-female warrior class in the West African kingdom of Dahomey, as they defend their kingdom against other African nations and European slavers.

That narrative isn’t overly complicated, but the film takes on so many subplots that it begins feeling bogged down by all the boxes it attempts to check. But unlike many recent films, particularly those that also explicitly deal with race and gender, the film never feels like any boxes being checked are on a studio’s “hot topics” list and are instead genuine emotional beats.

Albeit some of these emotional beats carry political power as well, the film is always functioning as a story first and an educational tool second. More remarkable is that the dialogues and monologues that explicitly discuss politics are far more nuanced than most of what we usually see in major studio films.

The main narrative of the film is inherently political as the kingdom of Dahomey declares war on the neighboring nation of Oyo, which regularly enslaves Dahomey people to sell to European slavers, but the film’s many subplots contain just as much power.

One deals with a young man of mixed race who arrives from Brazil with his white slaver friend and struggles with his identity as the son of a slaver and Dahomey woman. Another centers on the reconnection of a woman and the child who is a product of her sexual assault. A third draws out a romance between the mixed-race man and the film’s hero. A fourth dives into how gender functions in court politics. A fifth functions as a rape-revenge narrative.

All these stories and issues are worth exploring, but The Woman King eventually feels bogged down by all of its meaningful pursuits. Most indicative of how overburdened the film is with storylines is that there is a triumphant, emotionally satisfying moment where the film seems as though it will (and should) end, but it continues to wrap up a remaining subplot.

A Historical Epic for Kids?

The Woman King is a historical epic about conflict and a group of warriors. Its narrative essentially falls into two halves: training recruits (including hero Nawi played by Thuso Mbedu) and battling the Oyo and slavers. That structure brought to mind Spartacus and Mulan, and director Gina Prince-Bythewood has said some of her reference points were Braveheart, Gladiator, and The Last of the Mohicans.

Yet the film feels much closer to Mulan than any of those other films. Focusing on Nawi, her friends, her romance, and her coming of age makes the film feel targeted toward young people. And this becomes an issue when it comes to the violence and romance in the film.

The film is full of fantastic choreography in its battle sequences, but much of this is impossible to see because the action scenes are so significantly edited. The film cuts far too often, and when the action is allowed to breathe, the violence feels bloodless and robbed of impact because the film has to maintain a PG-13 rating. One could imagine the movie being marketed as “the true story that inspired Black Panther’s Dora Milaje” if it were a Disney (or Fox) produced film.

Prince-Bythewood manages to fit in some potent imagery in the violence, including an Agojie warrior beating a slaver with chains and a slaver’s white body washing in the surf. But these moments are all the more impactful because they are so few.

The training sequences and the introduction to an all-female world also bring to mind Wonder Woman. A character even calls the Agojie “Dahomey’s Amazons” in the film (some historical texts also refer to them this way). And while the Wonder Woman films have not and may not ever include explicit scenes of women in romantic relationships, it’s more disappointing in the context of a historical movie.

But it’s not only homosexual romance that feels scrubbed away. Nawi’s romance with mixed-race Malik (Jordan Bolger) feels incredibly chaste despite a fun scene where she steals his clothes as he bathes. It may be a conscious choice that Nawi and Malik never kiss as the Agojie are celibate, but there are ways to portray desire without having characters engage in physical intimacy.

The Woman King tells a fantastic story that feels like a correction to the years of historical epics that center on other (read: whiter) parts of the world. Prince-Bythewood and cinematographer Polly Morgan gorgeously bring the West African country and coast to the screen. And the film’s political dialogues and monologues are rousing testaments that mainstream cinema can still have something to say.

Sadly though, the film is so overstuffed with plotlines that it begins to drag, and the violence and romance in the movie feel neutered by its rating and (apparent) target audience. It feels like The Woman King wants to bring a story about brutal history to life, but only as long as it’s told in a way amenable to parents who want to educate their children through film. It’s a valuable pursuit, but that kid-(or at least tween-)friendliness holds it back from achieving the greatness of films that inspired it.

The Woman King premieres exclusively in theaters on September 16, 2022. Keep it here for the latest on movies in theaters now.