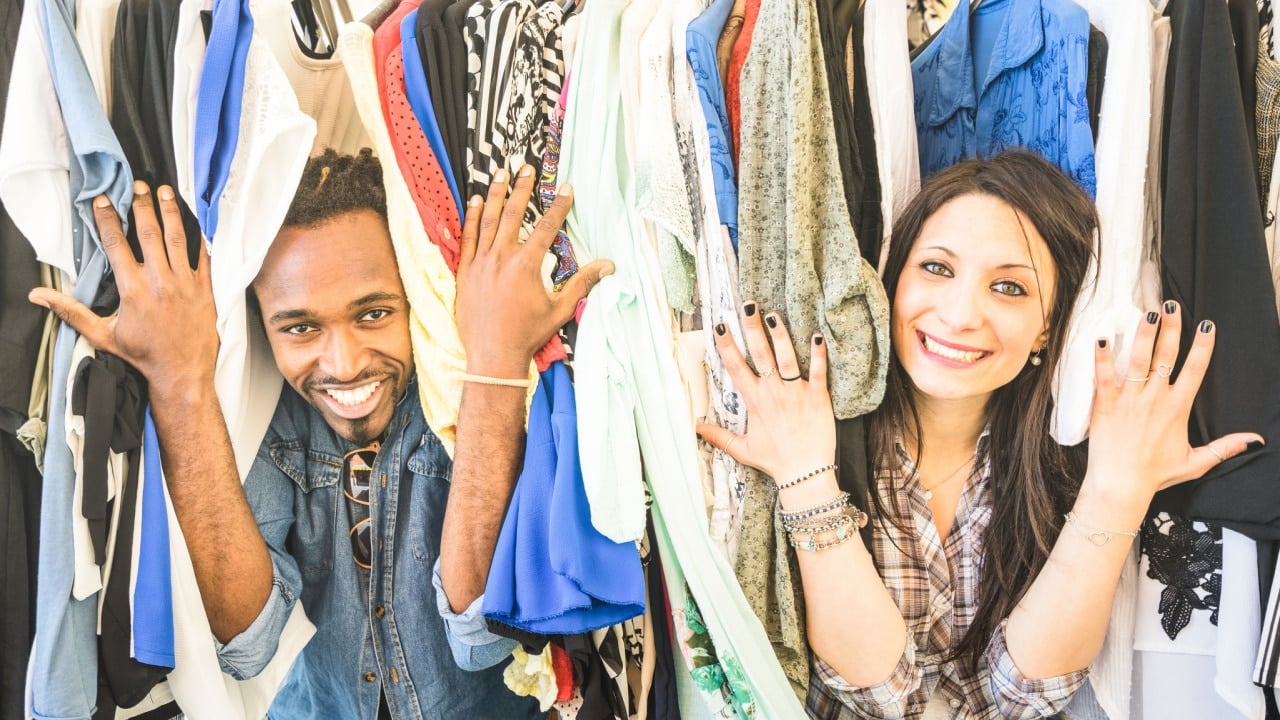 Retailers are passing on the cost of inflation to their customers, and those shoppers are taking matters into their own hands.

As operating costs rise, businesses must raise prices to maintain margins and continue to profit. According to a Digital.com survey of 1000 retail owners and executives, 56% of retail enterprises believe inflation has given them the freedom to raise prices above what is necessary to cover higher costs. Over half of retailers have raised prices by 20% or more on average.

As a result, customers are eschewing traditional merchants and turning instead to secondhand websites, also known as “consumer re-commerce,” to purchase thrift clothing.

According to recent research from OfferUp, an online marketplace for used goods, Americans now spend as much time online shopping as they do perusing social media.

Based on a study of 2,000 adults in the United States conducted in May 2022 in collaboration with GlobalData, the report indicated that 61% of respondents preferred to buy used goods through online e-commerce marketplaces. Nearly all (93%) of those who plan to buy and sell more used items in the next year or so say that inflation is the main reason for doing so.

Retail expert and head of GlobalData Retail, Neil Saunders, attributes this year's uptick in the secondhand market to rising prices across the board. Saunders told CNN that more people are turning to secondhand as a way to save money when prices are high. “And more people are selling their used goods to make a bit of extra money. So, inflation is widening the number of people involved in the resale market and expanding the number of items available,” he says.

In line with Saunder's words, OfferUp research finds that 272 million Americans, or 82% of the population, buy or resell used clothing. The global market for used apparel has expanded significantly. This global phenomenon is anticipated to grow by 127% by 2026, according to a Thread Up report.

The Eco-Friendliness of Thrifting

Thrifters are mostly focused on sustainability, in addition to the apparent objective of saving money to fight inflation. Maggie Vlasaty, a thrifter from Minneapolis, says that she mainly buys used clothes to help the environment from the damage that fast fashion is causing.

“The fashion industry is one of the larger producers of waste, whether that waste is coming from textile excess or simple water usage. Many people think that small actions like this from individuals don't mean much in the grand scheme of things.”

She further explains, “If I buy something used and it has maybe 5–10 uses left in it, I know that at least I am using up an existing product for its worth rather than purchasing a new product that was made for a lower use rate and potentially made in harsh working conditions.”

Vlasaty highlights that the popularity of thrifting has impacted businesses significantly. She thinks it's a positive development that businesses and retail companies are implementing a “resale” section in their e-commerce.

The knowledge that you can stick to a defined style makes thrifting cool, even among young people. Of course, you never know what you will find when thrifting, but you can be sure that there's always something that suits your style. “When I am feeling the need to dress up for an occasion,” Vlasaty says, “I've noticed that purchasing a dress secondhand provides a lot of options for you.”

She describes her fashion choices as varying. Comparing it to Billie Eilish's, she thinks of her style as academic and masculine on some days and leisurely, oversized and athletic on others. “Thrifting is great for my style type,” she says, “and I couldn't tell you if my style is designed from my love for thrifting or if it just happens to fit together that way.”

According to Sarah Engelland, a reseller for four years who supplies to consignment stores like The Real Real, preloved has become trendy partly because social media has us cycling through trends more and more quickly. “It's becoming painfully obvious that you could buy a fabulous piece from 20–30 years ago and look up to date,” she says.

“For example, the iconic Gucci Diana bag hit the runway again a couple of years ago. Yes, in a different size, but you could spot the shape in a second.” Plus, “finding hard-to-get pieces feels like a treasure hunt,” she concludes.

How Much Can You Save Thrifting

According to Vlasaty, she saves anything from $5 to $150. “It just depends on what I'm purchasing and where,” she says. “The key to actually saving money when thrifting is taking your time through the racks and knowing your brands.” According to her, familiarity with a brand and its typical pricing will help you understand when to snag a product and when to leave it behind.

Caitlin Carr, a slow fashion enthusiast and health worker in the Pacific Northwest, breaks out her savings for each purchase based on the platform she uses.

According to her, these are her estimated savings from shopping secondhand:

Part-time resellers can also build savings from this side hustle by making extra money. Engelland mentioned that she's netting about 20,000 this year from reselling thrift wear, which is over 1,500 a month.

In recent years, purchasing used clothing has lost its social stigma. There are a lot of data available online that shows how much clothing ends up in landfills. Therefore, we have seen a rise in the number of younger consumers who are aware of their ability to lessen their impact on the environment by shopping for thrifted items and reselling them. Most Americans Worried Their Retirement Savings Will Run Out