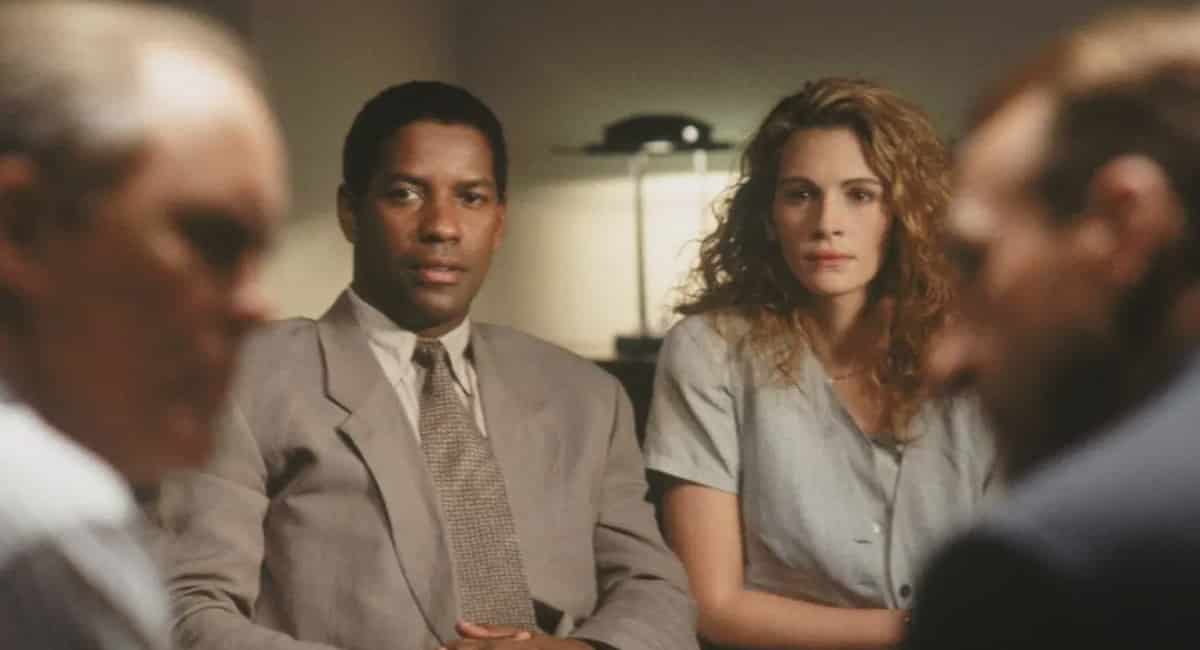 There’s never a wrong time to watch a steamy thriller from years past, but with so many streaming platforms offering a dizzying catalog of choices, sometimes selecting a movie can take up the whole night. Let your Wealth of Geeks fam help. Here are the ten thrillers streaming on HBO Max right now that you need to be watching.

An obsessive fan stalks superstar Rachel Marron, played by Whitney Houston in her acting debut. What’s not to love? Musical numbers, slow-motion heroism, and a legitimately spooky chase sequence in the woods. There’s also a sibling subplot that is to die for. Although panned by critics at this time, this movie blends fun entertainment with likable characters to make for a lovely evening in. And Houston’s performance is a classic. I only wish this movie was remade as frequently as A Star Is Born.

Okay, yes, for some of us it is still too soon to watch a film from the nineties about an airborne virus that threatens to destroy the world. I get it. But for those of you brave enough to take a deep dive into this thriller starring Dustin Hoffman, Absolute Queen Rene Russo, and Morgan Freeman, you will be rewarded. What’s nice about this film is that it shows a level of respect for what the CDC does that might have seemed a touch unrealistic twenty-seven years ago. And if you can get past the light misogyny of the film – Hoffman’s character takes control of the decision-making even though Rene Russo’s character has a higher position – it’s a pretty compelling watch.

I was wrong about this Neo-noir thriller all along. I mistakenly believe the Clint Eastwood-led crime film was about a renegade, antihero cop. Maybe time has softened this film or maybe I have less patience for bureaucracy, but at most, Eastwood’s Inspector Callahan is a grumpy pug. He takes the jobs no one else wants, he has no time for incompetence, and the way humanity continues to let him down leaves him feeling exhausted all the time. One global pandemic later we are all Clint Eastwood. His antagonist is the Scorpio killer who is – surprise, surprise – modeled after the real-life Zodiac killer which adds a level of fright to what might otherwise be a traditional action film.

Undoubtedly the steamiest on our list, American Gigolo at times feels like a Jackie Collins novel. Richard Gere plays a high-end escort who gets embroiled in a murder case, and before he knows it, he’s the prime suspect. Gay pimps! A rich politician’s wife! Full frontal male nudity! This movie basically has everything. It also features the debut of the highly successful Blondie song “Call Me.”

This bio-pic dances around the thriller sub-genre, but what really solidifies its suspense status is our main character’s obsession with murder and tragedy, oftentimes mirroring our own relationship with today’s 24-hour – mostly grim – news cycle. For his performance as famed and eccentric author Truman Capote, Philip Seymour Hoffman won the Academy Award for Best Actor. The film explores Capote’s personal and professional life as he researches and eventually writes his famed nonfiction novel In Cold Blood, what was then – in 1966 – the first of its kind.

The early to mid-nineties were chock full of John Grisham film adaptations (and this is not the only entry on our list), but what sets A Time to Kill apart from other legal thrillers is its relevance twenty-six years later, as racial injustices permeate our legal system and our daily lives. While Grisham’s efforts may have shed light on inequalities in the south, they also showed we still have a long way to go.

The star-packed cast features Sandra Bullock, Samuel L. Jackson, Matthew McConaughey, and chameleon-like actress Brenda Fricker, who may have won an Academy Award for her turn in My Left Foot, but will probably be best remembered from her performance as that bird lady in Home Alone 2. Not all parts of this film have aged perfectly. It gets a little White Savior-y. For all the work Sandra Bullock and Samuel L. Jackson do, it’s McConaughey’s Jake Brigance who takes center stage as the hero of our journey. You could remake the film today and completely excise the role of Brigance and let Sandra Bullock take a bigger role. Is she free? Let’s make that happen.

America’s Sweetheart Julia Roberts gives a gripping performance in this tale of a battered wife who fakes her death to escape her abusive husband, only to have him go looking for her. While part of this film feel too easy, it’s a legitimately captivating film, and following her roles in Mystic Pizza and Steel Magnolias, it’s exciting to watch Roberts soar in a thriller so early in her career. For those who enjoyed the 2020 remake of The Invisible Man, Sleeping with the Enemy is a light and entertaining complement.

The first sequel to Dirty Harry, this entry finds our disgruntled detective on the hunt to stop a killer who is only targeting San Francisco’s most untouchable criminals. Eastwood’s Inspector Callahan realizes the calls are coming from inside the house, and that someone on the police force has taken their love of justice too far. This lacks the scares of a Zodiac-like killer, but our Big Bad brings the tension. Eastwood is supported by a worthy cast including Hal Holbrook and David Soul. Like its predecessor, Magnum Force doesn’t offer any great roles for women. I am told Tyne Daley is in the next one, so here’s hoping those sexist practices dwindle as the series progresses.

This action thriller directed by Guillermo del Toro may get a little bit icky… it’s about a mutant strain of creepy crawlies after all, but a star turn performance by Mira Sorvino makes this nineties flick worth the watch. Sorvino’s Dr. Susan Tyler creates the Judas Breed – a hybrid termite and mantis – to eradicate a deadly virus in New York City that is carried by the city’s most resilient residents: cockroaches. Sometime later, Tyler learns her Judas Breed survived its life expectancy, and now haunts the NYC subway system. She descends into the subway system to defeat her own creation. Sorvino is joined by a great cast including Jeremy Northam, Josh Brolin, and Charles S. Dutton. If you’re squeamish, just know for a bug thriller, this one isn’t as bad as some others.

Our second John Grisham adaptation on this list, The Pelican Brief is a two and a half-hour thriller that finds Julia Roberts and Denzel Washington trying to stay alive long enough to expose a massive legal coverup. When it was first released in 1993, the film faced criticism for its length, but I didn’t mind it at all. The tension kept me wrapped up in what was happening on screen, and I genuinely never knew which direction this movie would go in next. Cover-ups and conspiracy theories will always be a part of our political discourse, but it’s exciting to see it played out here, where you can, at times, believe the good guys have a shot.

8 Easy Ways To Save on Health Care Costs

How To Make Money Online for Beginners: 11 Easy Ways To Start