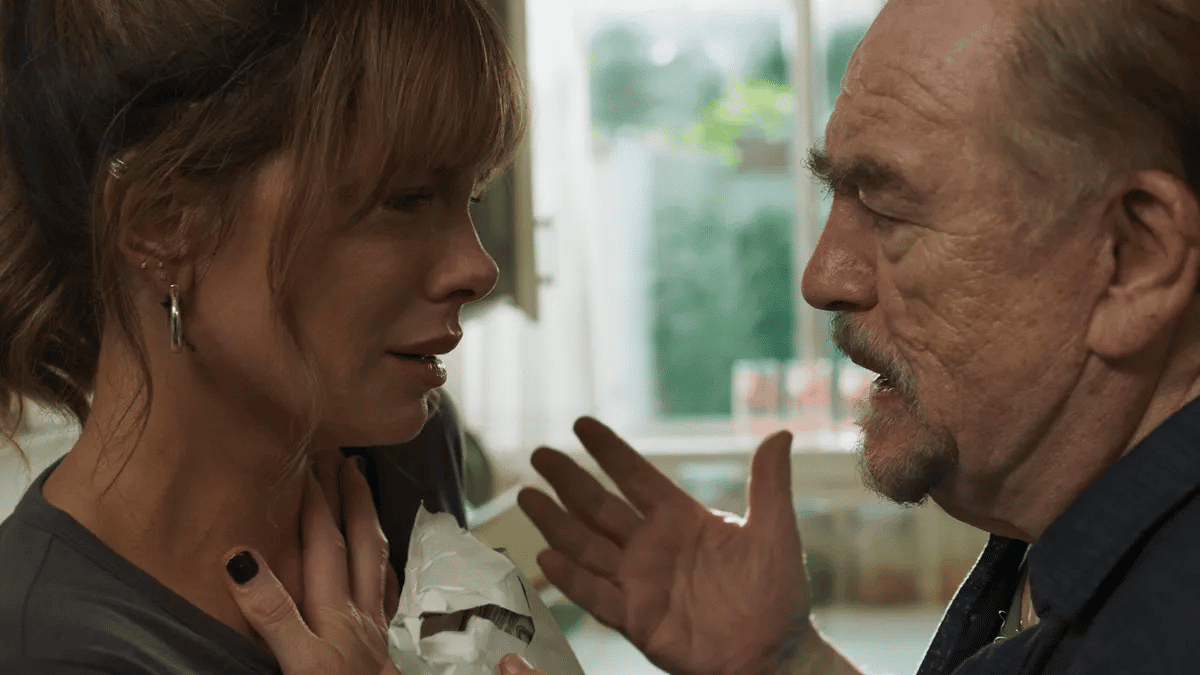 When a road is as familiar and well-marked as the one Prisoner's Daughter travels, execution is everything. After working-class single mother Maxine (Kate Beckinsale) succumbs to economic pressure and invites her estranged father to stay with her and her precocious 12-year-old son Ezra (Christopher Convery) on condition he pay for his stay, it's pretty much a given that they'll bond and make peace with their tragic past.

But will director Catherine Hardwicke, and more importantly, Beckinsale, be enough to make audiences forget we've seen this before, if only for the movie's runtime?

The answer is a mixed one, but it errs on the side of probably. It's practically a given that an actress must eventually prove her seriousness as an artist by going gritty. The industry deems it wise that portraying working-class women is a sure way for an actress – particularly those of a certain age – to prove her range and relevance, those involved presumably rake in the awards, and Hollywood gets to congratulate itself for being sensitive to the needs and lives of mere mortals. Everybody wins.

Thankfully Kate Beckinsale is treated with far more dignity than Nicole Kidman in Destroyer, even if she's not quite allowed the complexity of Marion Cotillard in Two Days, One Night. Maxine has no mental illness to wrestle with; no sins to atone for. Hers is a role indie film relishes, that of a self-sacrificing mother who shares a loving, close-knit bond with her child and is determined to give him a better life than the one she's known.

Actresses must share a close association with glamour by necessity, and a casual glance at Beckinsale's filmography, not to mention her Instagram, is to see an artist who embodies cool, naturally calling into question how well she can pass for a normal who is behind on her mortgage and struggling to pay for her son's epilepsy medication. Beckinsale makes rising to the challenge look easy though, even if she can't quite disguise that a woman in Maxine's position wouldn't likely have her bone structure.

Likewise for Brian Cox, who quickly leaves his role in Succession behind as he manages to play a prison inmate who accepts the news of his cancer diagnosis and impending death with a grace that's somehow believable, as is his determination to use his compassionate release and subsequent time in his daughter's home to finally be a father to her.

It doesn't hurt that he still has enough connections to improve Maxine's financial situation, get her a good-paying desk job, help Ezra stand up to the bullies at his school, and even speak some harsh truths to his grandson about the unstable drug addict father (Tyson Ritter) whom he idolizes.

The third act, when the melodrama is ratcheted up to maudlin levels, is where Prisoner's Daughter is almost undone, despite stellar work from the cast and Hardwicke's ability to let them shine. It's almost too much, but at least it's somewhat unexpected.

If you can accept it, then it'll be a genuine delight to sit back and watch established and emerging talent just do their thing and give us characters we can't help getting invested in.

After debuting at the Toronto Film Festival, Prisoner's Daughter lands at select theaters on September 14.

Keep it here for the latest on all the movies in theaters now.

Do Revenge Is a Teen Comedy That Makes Patricia Highsmith Happy