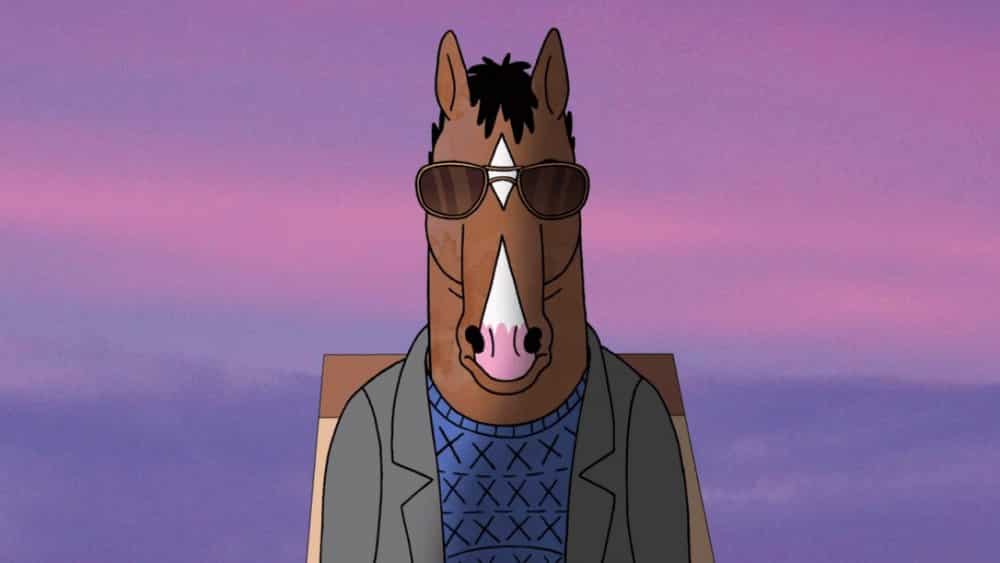 There’s a reason Netflix may be the reigning king of streaming platforms. Thanks largely to its various business dealings with cable providers like NBC, AMC, and FX, Netflix is able to stream some of the most beloved television series of all time, including Breaking Bad, American Crime Story, and Seinfeld. In addition to its numerous well-known cable television shows, Netflix also boasts an impressive amount of original series exclusive to the platform as well.

Here are 9 of the best Netflix original series streaming now that you should really check out.

A loving homage to 1980s’ movies, this highly popular breakout hit has garnered widespread critical acclaim and a huge cult following. After a highly secretive government experiment results in supernatural beings entering the small town Hawkins, Indiana, the town’s residents–notably a group of preteens–attempt to battle the beings and prevent them from spreading.

Inspired by the work of early Spielberg, John Carpenter, Wes Craven, and Stephen King, Stranger Things‘ first three seasons feels more like distinct movies in a trilogy than a strict episodic TV show. With the fourth epic season now completely available, now is the perfect time to catch up on this incredibly fun, feel-good series.

For fans of true crime, Mindhunter is simply a must-watch. The show stars Jonathan Groff and Holt McCallany as two FBI agents responsible for establishing the study of serial killers and bringing criminal profiling to the forefront within the FBI.

Based on the nonfiction book, Mindhunter: Inside the FBI's Elite Serial Crime Unit, many of the conversations the characters have in the series are based directly on the book, including the almost verbatim interviews the profilers have with notorious killers like Ed Kemper, “Son of Sam” David Berkowitz, and Charles Manson. The principal showrunner of the series is David Fincher, whose style of filmmaking is evident in nearly every scene of the show, serving as essential viewing for fans of Fincher’s other work, like Seven and Zodiac.

3. Orange Is the New Black

One of the most-watched, longest-running original series on Netflix, Orange is the New Black has been nominated for numerous Emmys, Golden Globes, and Writers Guild of America Awards over the years. After being convicted for a crime she committed several years ago on behalf of an old girlfriend, mild-mannered Piper is sentenced to serve a 15-month sentence at a women’s correctional facility in upstate New York.

While there, she reunites with her former girlfriend, as both she and her fellow inmates struggle with day-to-day prison life. Blending dark humor with gut-wrenching drama, Orange is the New Black is truly unlike most shows out there. The last season aired in 2019, so now is a perfect time to binge the show in its entirety.

The almost regularly Emmy and Golden Globe-nominated series, The Crown has been on the top of most critics’ best series list since its first season in 2016. In a somewhat dramatized story of the British royal family, Queen Elizabeth II (Claire Foy in the first two seasons and Olivia Colman portraying an older monarch in later seasons) learns how to lead a nation and her family from post-WW2 to the present over the course of several seasons.

The series has won notable acclaim for the performances of its main cast, the unique way the show transitions to using older actors to play the same characters later in life, and its storylines that feature such notable historical figures as Winston Churchill, Margaret Thatcher, and JFK.

With the recent passing of England's longest reigning monarch, interest is high in the show again – and it's definitely worth taking the time to watch.

The Golden Globe winner for Best Limited Series and for Best Actress (Anya Taylor-Joy), The Queen’s Gambit was so popular upon its release, it became the most-watched show on the streaming platform for weeks (and even launched renewed interest in the game of chess). The Queen’s Gambit tells the story of a young orphan, Beth, who grows up to become a chess prodigy in the 1960s’, competing against some of the best international players in her quest to become world champion.

Along the way, Beth must overcome her troubled past, as well as her dependence on drugs and alcohol. While the game of chess might not be for everyone, this show just might be, with wonderful performances delivered by Taylor-Joy, Thomas Brodie-Sangster, and Marielle Heller.

While the reception of its first season was lukewarm, later seasons of the wildly popular BoJack Horseman have gone on to win widespread critical acclaim. In addition to the numerous awards the series has won, including multiple Writers Guild of America Awards and several Critics' Choice Television Awards, IndieWire has hailed BoJack as the greatest animated show of all time, with GQ naming it one of the best series in a decade.

The series follows a former sitcom star named BoJack Horseman, now washed-up and struggling to make a comeback in an alternate universe where anthropomorphic animals and humans live side by side. The series has won notable praise for dealing with serious issues like mental illness, substance abuse, racism, and sexism in a tasteful and realistic manner.

The ‘80s were a very strange time in America. As an example, just look at the cheesy, over-the-top women’s pro wrestling league, Gorgeous Ladies of Wrestling–or GLOW, for short. This series, starring the extremely underrated Alison Brie and comedian Marc Meron, tells the fictionalized story of GLOW, diving behind scenes into the world of professional wrestling in its Golden Age. (Think of it almost as a much more lighthearted, comedic version of Mickey Rourke’s The Wrestler).

Unfortunately, Netflix has canceled the series due to COVID-related production shutdowns, leaving many fans disappointed at not being able to see the fourth and final season. However, this remains an extremely entertaining show, full of comedy and an interesting look at the world of pro wrestling.

Vulgar, disgusting, and absolutely hilarious, Big Mouth has drawn a loyal fan following since its first season in 2017. Since then, the show’s popularity has only grown. Loosely based on Kroll’s and Mulaney’s childhoods, Big Mouth centers on a group of teens on the cusp of puberty, dealing heavily with problems related to hormones and the human body.

The series boasts an impressive voice cast, including star Nick Kroll, John Mulaney, Jason Mantzoukas, Jenny Slate, Fred Armisen, Maya Rudolph, and Jordan Peele. This adult animated series may not be for everyone, but its popularity is certainly undeniable, and worth checking out if you haven’t already.

After the less-than-satisfying conclusion of HBO’s flagship series, Game of Thrones, there was a bit of a void in terms of shows that could adequately fill the spot left open from GoT’s ending. However, it may be fair to say Netflix’s critically-acclaimed series, The Witcher, more than readily met fans’ expectations as the next big-budget fantasy series.

Based on a series of novels of the same name (which also served as the inspiration for the wildly-popular video game franchise), The Witcher follows the grim adventures of mutated monster hunter Geralt (Henry Cavill) in a land full of violent creatures and political turmoil. While viewers were more mixed in reaction to the second season, the show remains a strong draw and may continue to expand the Witcher-verse with season three on the way, and several additional projects rumored.

While there is certainly growing competition in the streaming industry, Netflix’s current catalog still remains impressive. As more and more of their most popular series leave for their competitors’ platforms (similar to what happened when Friends left Netflix for HBO Max or when Peacock regained the streaming rights for The Office), Netflix’s original series remain reason enough to log in to the streaming giant, in order to see their fantastic exclusive series.

Other notable shows you might also find on Netflix include the British period crime drama Peaky Blinders, following the exploits of an English crime family in post-WWI Birmingham. In terms of comedy-dramas, we also recommend the spiritual successor to Groundhog Day, Russian Doll, in which a woman finds herself caught in a time loop that ends with her death before continuously restarting.

Gen Z Is Lonely Thanks to “Flexible” Remote Work, Falling Behind