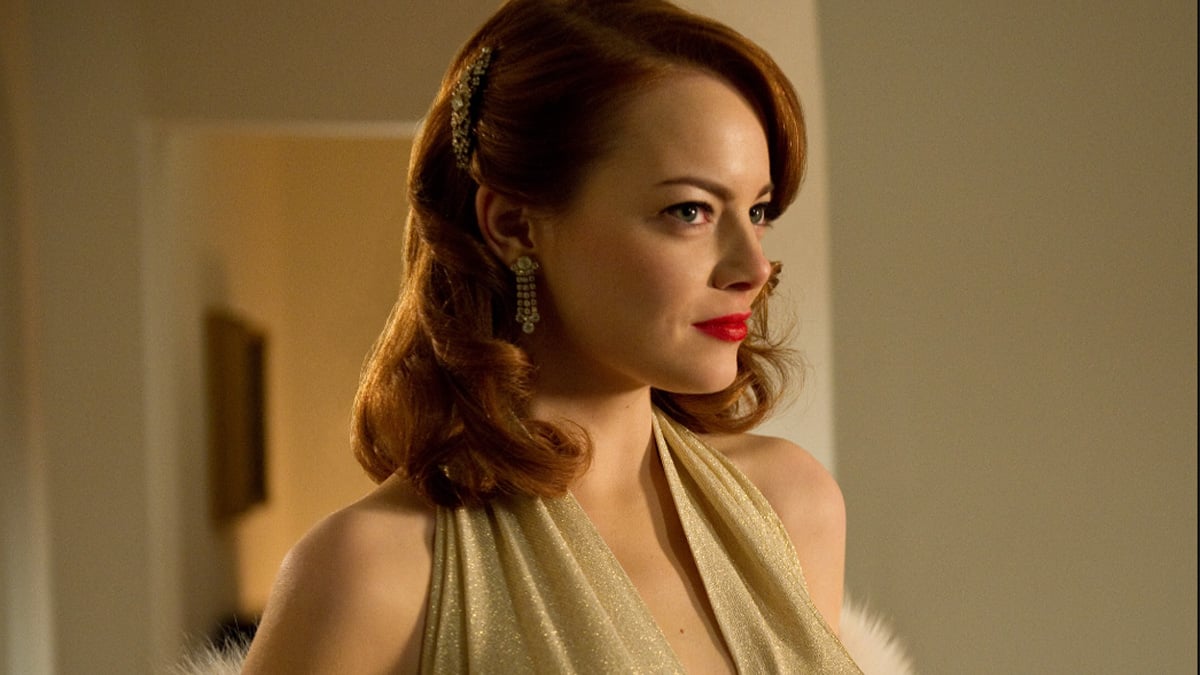 Hollywood is a tough business; it takes a lot of hard work, talent, and luck to make it as an actress.

The Best of the Best

The competition is fierce, and only the best survive, let alone thrive.

We've put together this list of the 25 best Hollywood actresses of 2022. These women have it all: they're successful, famous, beautiful, and excellent at their jobs. They have racked up awards by the truckload and show no signs of stopping anytime soon.

Here are the best actresses in Hollywood today!

There's no denying that Margot Robbie is one of Hollywood's brightest stars. The Australian actress has starred in some of the biggest films of the past few years, including The Wolf of Wall Street, Suicide Squad, and I, Tonya. She's also been nominated for an Oscar and a Golden Globe.

Margot is a very talented actress, and her career is on the up and up. She has received several awards and nominations, including an Oscar nomination for “I, Tonya.”

One of the most popular actresses in Hollywood, Gabrielle Union, has had a long and successful career. She is most revered for her roles in “Bring It On,” “Bad Boys II,” and “Think Like a Man.” She has also starred in “Being Mary Jane” and “L.A.'s Finest.”

Union is also a successful producer, having produced “The Perfect Find” and “Breaking In.” She is an outspoken advocate for racial justice and gender equality. In 2020, she published a memoir titled “We're Going to Need More Wine.”

Union has many awards and nominations, including an NAACP Image Award and a BET Award.

One of the most respected actresses in Hollywood, Cate Blanchett has had an illustrious career. She has starred in some of the most acclaimed films, including “The Lord of the Rings” trilogy, “The Aviator,” and “Blue Jasmine.” For her role in “The Aviator,” she won an Academy Award, an ACCA, and a BAFTA Award.

Blanchett has also been nominated for two Oscars for her roles in “Elizabeth” and one for “Carol.” She has won numerous other awards, including three BAFTAs, three Golden Globes, and three Screen Actors Guild Awards.

In 2020, Blanchett starred in the movie “Where'd You Go, Bernadette.” The film was a critical and commercial success.

One of Hollywood's most famous actresses, Sandra Bullock, has had a long and successful career. She is best known for her roles in “Speed,” “While You Were Sleeping,” “The Proposal,” and “The Lost City.” She has also starred in the “Ocean's” and the “Minions” movies.

Bullock is also a successful producer, and she produced the movie “Miss Congeniality” and its sequel. In 2015, she founded her own production company, Fortis Films.

Bullock has won numerous awards, including an Academy Award, a Golden Globe, and a SAG Award.

Monica Bellucci is an Italian actress and model who has had a long and successful career. She is best known for her roles in “The Matrix” trilogy, “Spectre,” and “Mel Gibson's The Passion of the Christ.” She has also starred in many popular Italian movies, such as “Malena” and “Manuale d'amore.”

Ana de Armas is a Cuban actress who has starred in many popular films, such as “Knives Out,” “Blade Runner 2049,” and “War Dogs.” She has also starred in the television series “Hands of Stone.”

De Armas advocates for gender equality and is a U.N. Women Goodwill Ambassador.

Ana is a very successful actress with many nominations and awards, including an Academy Award.

Jennifer Aniston is one of the most popular actresses in Hollywood. She is best known for her role as Rachel Green on “Friends.” She has also starred in many successful movies, such as “We're the Millers,” “Horrible Bosses,” and “Office Space.”

Aniston is a successful producer and has her own production company, Echo Films. She has produced many successful movies, including “Dumplin',” “Cake,” and “Murder Mystery.”

Aniston has won many awards, including a Golden Globe and an Emmy Award.

Reese Witherspoon is an Academy Award-winning actress who has starred in many popular films, including “Election,” “Walk the Line,” “Cruel Intentions,” and “Big Little Lies.” She has also produced many successful films, notably “Gone Girl.”

In 2016, Witherspoon founded Hello Sunshine, a media company that produces content for women. Hello, Sunshine has produced many successful films and television shows, such as “Big Little Lies” and “Little Fires Everywhere.”

Drew Barrymore is an American actress, producer, director, and model. She is a member of the Barrymore family of actors and actresses. She began acting when she was just five years old and has since starred in many popular films – “E.T.,” “Charlie's Angels,” “The Wedding Singer,” and “50 First Dates.”

Barrymore is a successful producer and has her own production company, Flower Films. She has produced many successful films, such as “Never Been Kissed,” and “Charlie's Angels.”

In 2020, Barrymore launched her talk show, “The Drew Barrymore.

Nicole Kidman is an Academy Award-winning actress who has starred in many popular movies, including “Moulin Rouge!,” “The Hours,” “Rabbit Hole,” and “Lion.”

Kidman is an advocate for gender equality and has been a U.N. Women Goodwill Ambassador si

She is also a successful producer and has her own production company, Blossom Films. She has produced many successful films, such as “Rabbit Hole” and “Monte Carlo.”

Emily Blunt is a British actress. She has starred in some great movies, such as “The Girl on the Train,” “Sicario,” “The Five-Year Engagement,” and “The Devil Wears Prada.” She is also the recipient of multiple awards, including a Golden Globe Award and a Screen Actors Guild Award.

The actress is married to actor John Krasinski, with whom she has two daughters.

Taraji P. Henson is an American actress, singer, and author. She is best known for her role as Cookie Lyon in the “Empire.” She has also starred in many popular films, such as “The Curious Case of Benjamin Button,” “Hidden Figures,” and “What Men Want.”

In 2019, Henson launched the Boris Lawrence Henson Foundation, which is an organization that provides resources and support for people who suffer from mental health issues.

Henson is an author with a memoir, “Around the Way Girl.”

Zendaya is an American actress and singer. She is best known for her role as MJ in the Spiderman movies and as K.C. Cooper on the Disney Channel comedy series “K.C. Undercover.”

Zendaya is a role model to many young girls and advocates for body positivity. She has won numerous awards, including an Emmy Award and multiple Teen Choice Awards.

Halle Berry is an American actress, producer, and former fashion model. She is best known for her roles in the “X-Men” franchise, “Monster's Ball,” “Die Another Day,” and “Cloud Atlas.”

Berry is a successful producer and has her own production company, 606 Films. She has produced many successful films, such as “Kidnap” and “Boomerang.”

Kaley Cuoco is an American actress and producer. She is best known for her role as Penny on the television show “The Big Bang Theory.” She has starred in many popular movies, including “The Wedding Ringer” and “The Man from Toronto.”

Penelope Cruz is a Spanish actress and producer and is the first Spanish-born actress to win an Oscar. She has won numerous awards, including an Academy Award, BAFTA Award, and Golden Globe Award.

Cruz has starred in some great movies, such as “Vicky Cristina Barcelona,” “Nine,” and “Pirates of the Caribbean: On Stranger Tides.”

Emilia Clarke is an English actress best known for her role as Daenerys Targaryen on the television show “Game of Thrones.” She has also starred in the popular “Me Before You,” “Solo: A Star Wars Story,” and “Last Christmas.”

Some of her awards include a Primetime Emmy Award, a Critics' Choice Television Award, and a Screen Actors Guild Award.

Jessica Alba is an American actress, businesswoman, and model. She is best known for her roles in the “Fantastic Four” franchise, “Sin City,” “Honey,” and “Valentine's Day.”

Alba is also an author, having written “The Honest Life” and “A Bear to Share.”

Natalie Portman is an American actress, director, and producer. She is best known for her role as Padmé Amidala in the “Star Wars” prequel trilogy. She has also starred in “Black Swan,” “V for Vendetta,” and “Thor.”

Portman is the director of the movies “Eve” and “New York, I Love You.” She is also the author of “Natalie Portman's Fables.”

Gal Gadot is an Israeli actress, model, and producer. She is best known for her role as Wonder Woman in the D.C. Extended Universe. She has also featured in “The Fast and the Furious” franchise, “Batman vs Superman: Dawn of Justice,” and “Wonder Woman.”

Angelina Jolie is a top American actress, director, and producer. She is well-revered and best known for her role as Lara Croft in the “Tomb Raider” franchise. She has also starred in many popular films, including “Mr. & Mrs. Smith,” “Salt,” and “Maleficent.”

Jolie is also a movie director behind the movies “Unbroken” and “First They Killed My Father.”

Anne Hathaway is an Academy Award-winning actress who has starred in “The Princess Diaries,” “The Devil Wears Prada,” “Interstellar,” and “Ocean's 8.”

Hathaway is also a successful stage actress, having starred in productions of “Cinderella,” “Twelfth Night,” and “Into the Woods.”

Hathaway is an advocate for gender equality and has been a U.N. Women Goodwill Ambassador since 2016. In 2020, she co-founded the Modern Family Alliance, which is an organization that provides resources and support for modern families.

Anne is a very successful actress with many nominations and awards, including an Academy Award.

Emma Stone is one of Hollywood's most successful actresses. She has starred in some of the biggest movies of the past decade, including The Help, La La Land, and Birdman. She is also a two-time Oscar winner for her roles in La La Land and Birdman.

She has won numerous awards, including an Oscar, Golden Globe, and SAG Award.

Emma Stone's 2021 movie, Cruella, was a huge success. She played the role of Cruella de Vil, and critics praised her performance.

Jennifer Lawrence is one of the most successful actresses in Hollywood. She's best known for her roles in “The Hunger Games” and “Silver Linings Playbook.” She is very talented and has won several awards, including an Oscar and a Golden Globe.

Jennifer is also one of the top-paid acts in Hollywood, gallantly holding the top spot in 2015 and 2016. One of her recent movies is the high-grossing “Don't Look Up,” where she plays the character of an astronomer, Kate Dibiasky.

Scarlett Johansson is a trendy actress and the highest-paid in Hollywood. She's best known for her role as Black Widow in “The Avengers” movies – a character she would miss after “Avengers: Endgame.” She has also starred in “Lost in Translation,” “The Prestige,” and “Her.”

Scarlett has received nominations and awards since the late 90s, and her impact on the movie industry is unquestionable.

The actresses on this list are some of Hollywood's most successful, famous, and talented. They have achieved great things in their careers and are using their platform to impact the world positively. These actresses are sure to continue to have successful careers and make a difference in the years to come.