Video games have always been powered by the hearts and minds of the development teams behind them. Though, people who play the games might not know every developer or studio. However, there’s one development studio that almost everyone knows, and that is Rockstar Games. Rockstar has been one of the biggest and most well-known developers since they exploded into the mainstream with the release of Grand Theft Auto III in 2001. In the over twenty years since, Rockstar has released some of the biggest and best games of all time. Today, we’re going to look at some of those. 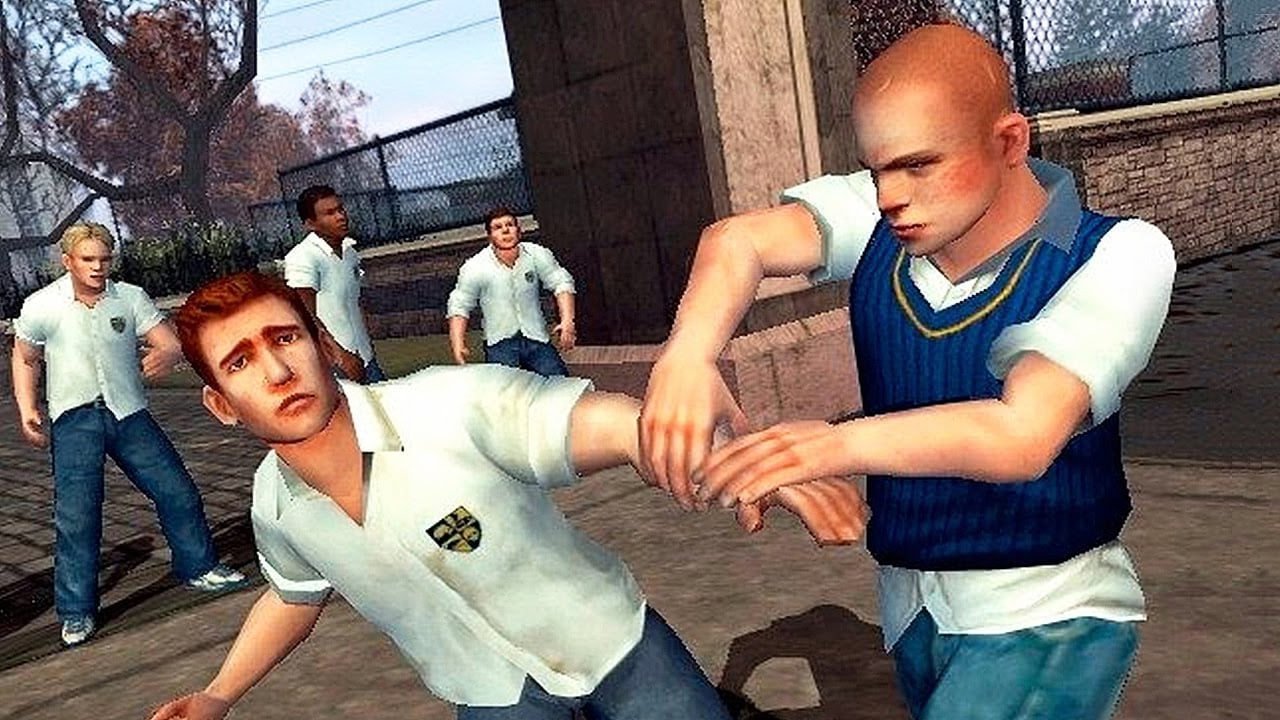 Starting off the list is one of Rockstar’s most unique games. Instead of the gangs of cityscapes like the Grand Theft Auto series, Rockstar decided to explore school cliques and a small town and a school. Bully was a hit when it launched back in 2007. Rockstar nailed bringing their style and design to a game and setting that isn’t as adult-oriented as their other games.

The game itself puts you in the shoes of student Jimmy Hopkins as he and his friends try to become the most dominant clique in school by taking all the other cliques down which is such a fitting school narrative. Plus, you still have to do regular school things like go to class along with other typical school activities. The story is full of Rockstar-styled humor and draws you into Jimmy’s journey.  A sequel to the game was in the works at one point, but, unfortunately, it did not come to fruition.  Bully for its standalone and special nature deserves a spot on this list. 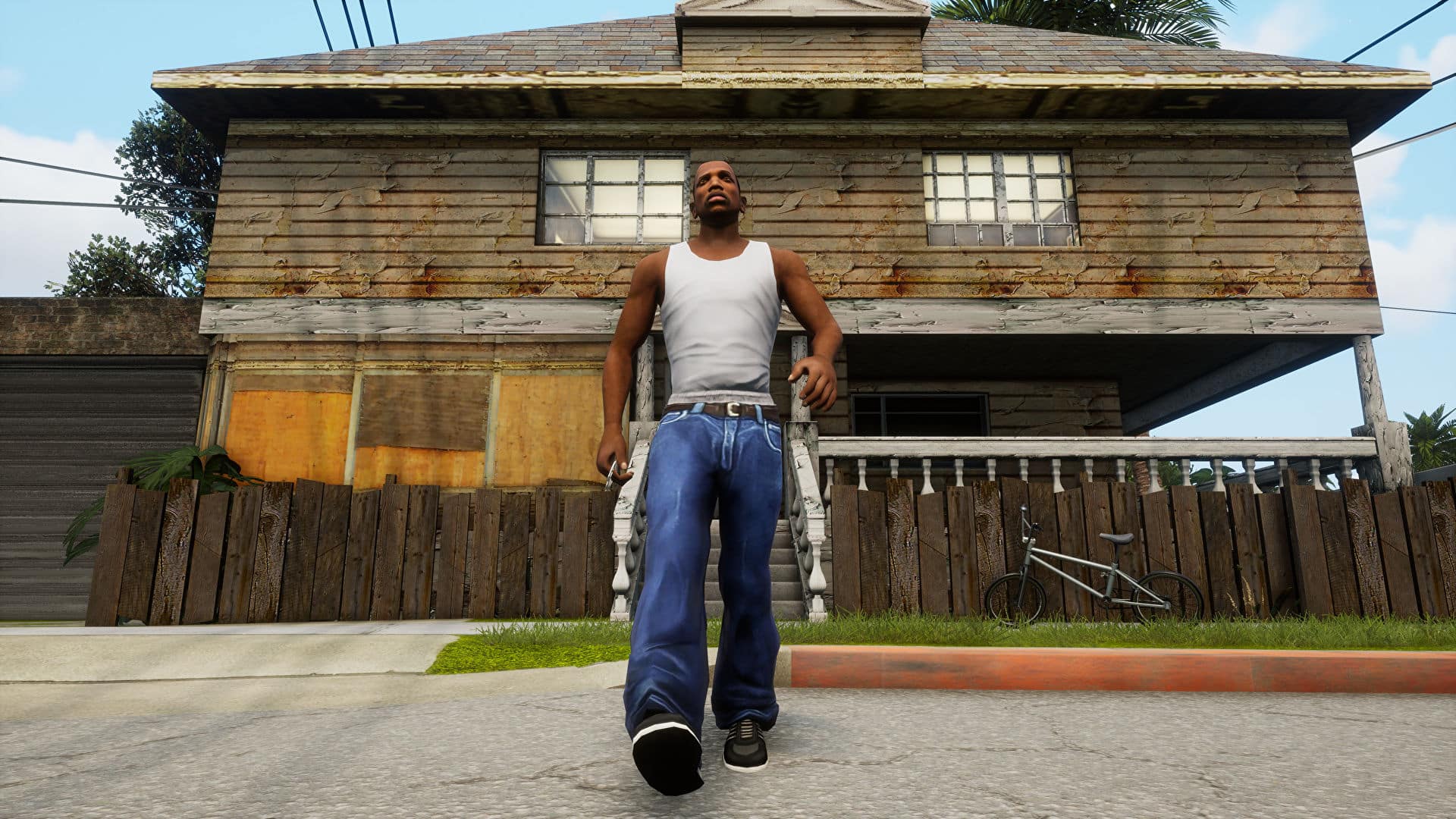 Grand Theft Auto: San Andreas is the culmination of everything Rockstar was at that point in time. The final entry in the PlayStation 2 trilogy of Grand Theft Auto games ramped everything up to the next level. The sandbox map exploded to massive proportions which allowed for a vast amount of exploration and new things for players to find and do across the world of San Andreas which was rare for games at the time. Players also actually got a sense of agency over protagonist CJ by being able to customize a lot of his attributes such as styling his haircuts, clothes, and keeping him in shape.  The story isn’t the strongest in the series, but it is elevated by some great performances from the voice cast.

The game did recently get a new release as part of the Grand Theft Auto Trilogy Definitive Edition. However, the collection did not release in the best condition, thus if you’re looking to experience Grand Theft Auto: San Andreas in all its glory try finding a copy of the PlayStation 2 version out there or you could wait for the VR version that is set to head to Oculus Quest 2 at some point in the future. 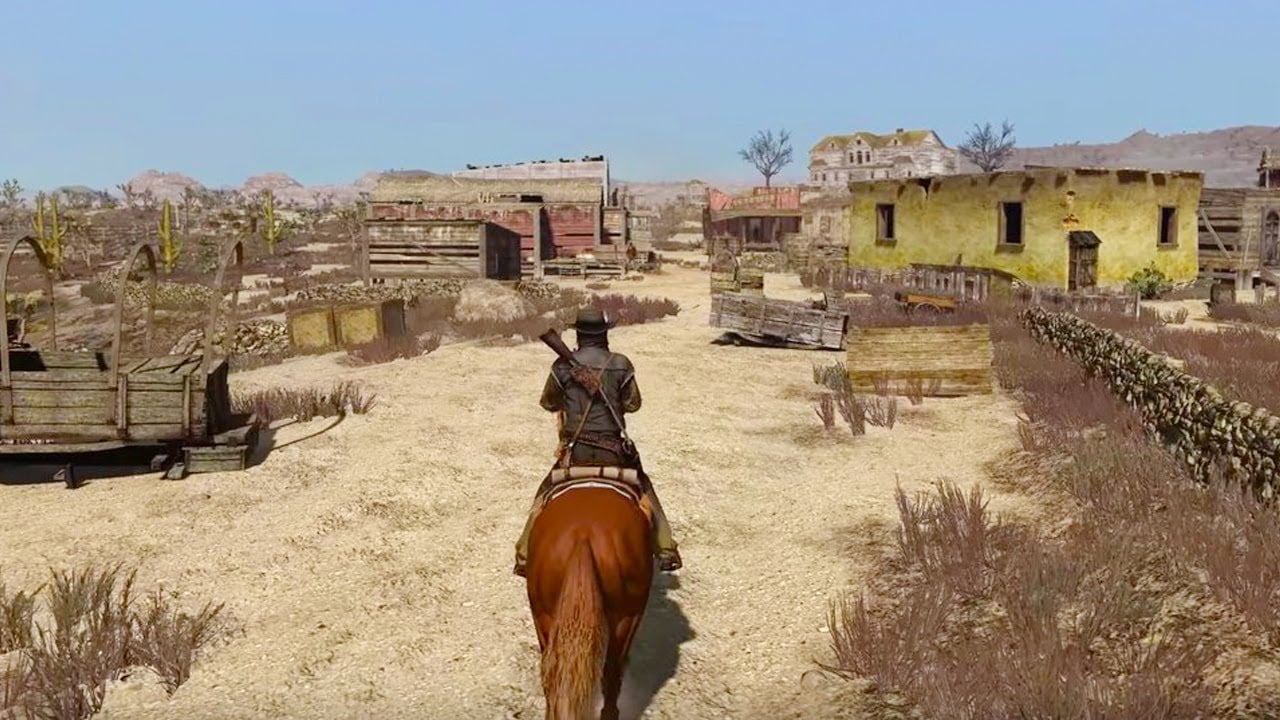 After years of using somewhat modern settings for most of their biggest games, Rockstar decided to set the dial back the furthest back in time period they have ever explored. Rockstar decided to delve into the end of the Wild West era with their Western epic Red Dead Redemption. The game was the first to really show off Rockstar’s storytelling chops with an incredible story about John Marston trying to earn his freedom from his past as an outlaw. Speaking of Marston, he was Rockstar’s best protagonist at the time.

Exploring the American South, as well as a part of Mexico, felt like something completely different, beautiful, and outstanding compared to games released around the time. The game would also get an incredible DLC that brought zombies and horror to the game. A remake of the game was rumored to be in development, but nothing has been confirmed or announced by Rockstar. Even if one never comes, Red Dead Redemption is one of Rockstar’s best games. 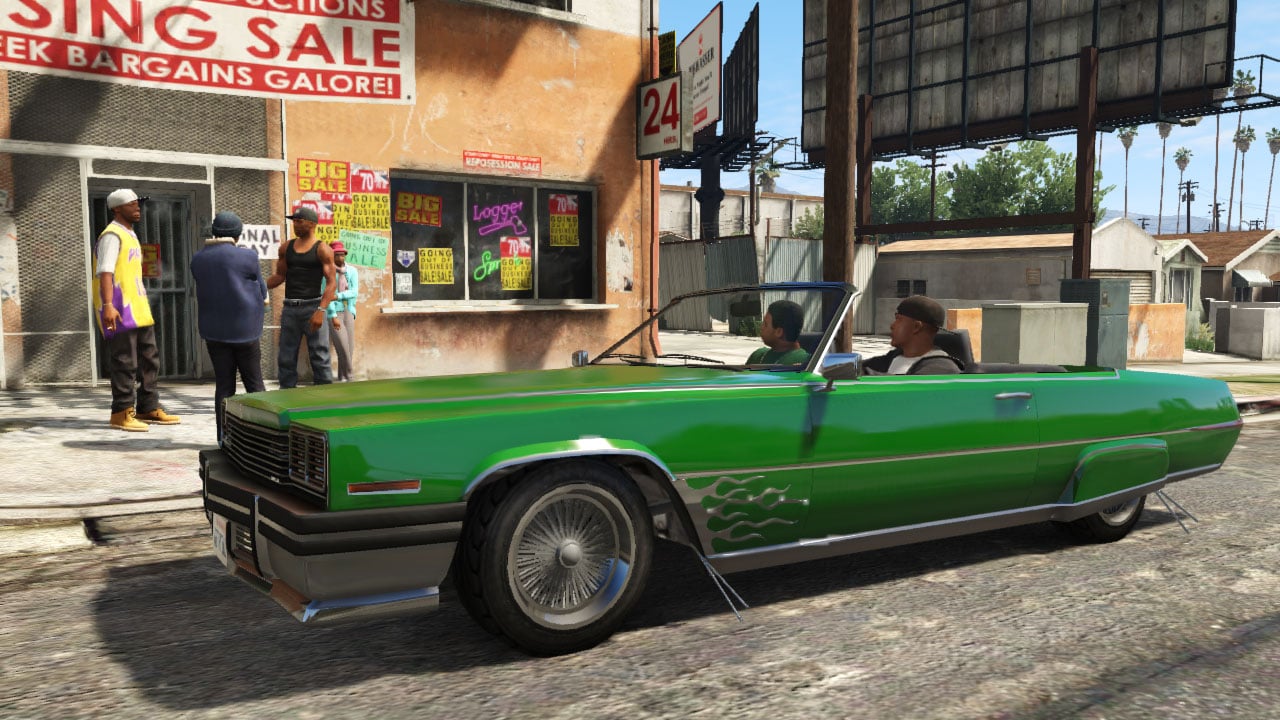 What really needs to be said about Grand Theft Auto V? It’s Rockstar’s biggest game ever. The game has become one of the best-selling games of all time. GTA Online is still going strong and still getting new content almost ten years later. Even the massive success of the game has put the biggest time between releases in the franchise as there’s still no indication as to when the inevitable Grand Theft Auto VI will be announced.

What makes Grand Theft Auto V so special? The game has a unique three protagonists system and allows players to switch between them at any time players want. The city of Los Santos is beautiful and is full of things to do, making players want to live in the world of the game. The classic Rockstar gameplay formula shines through and it’s even more intense when playing in first-person mode which was included with the new generation release in 2014. Plus, GTA Online was released when online gaming was at its peak bringing fans together in the most enjoyable way possible.  Grand Theft Auto V is one of the best games ever, but still doesn’t reach peak Rockstar. 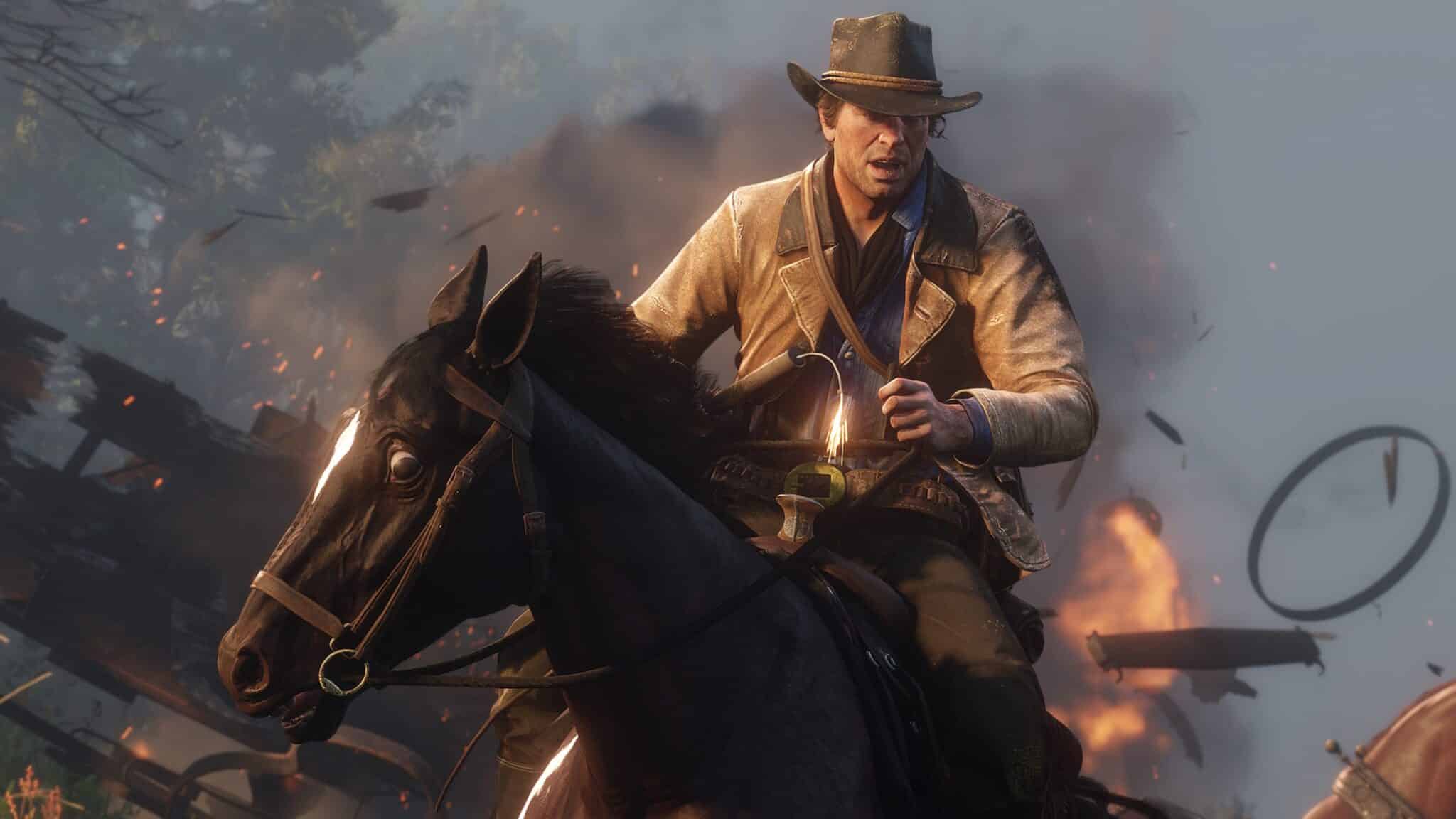 There’s no doubt Red Dead Redemption II deserves to be at the top of the list. Red Dead Redemption II is Rockstar’s most recent and most ambitious game to date. Rockstar completely blew the doors off open-world design with Red Dead Redemption II. Every inch of the game feels like a living, breathing world unlike any other. Characters converse with one another and live their own lives and the world continues moving without player interference. There are moments where you can explore your camp and just watch in awe as all the characters interact without you having to cause these interactions.

Red Dead Redemption II masters open-world storytelling as well. The game serves as a prequel to the first game, but completely stands on its own. Story beats are paced incredibly well across the game’s 60-hour campaign. The story has amazing character moments, and Arthur Morgan is easily one of, if not, the best protagonist Rockstar has ever created. The game had the biggest launch in entertainment history and has sold incredibly well in the years since its release. Red Dead Redemption II is easily the top Rockstar game.

Here Are the Best Ways To Get Free Books Online