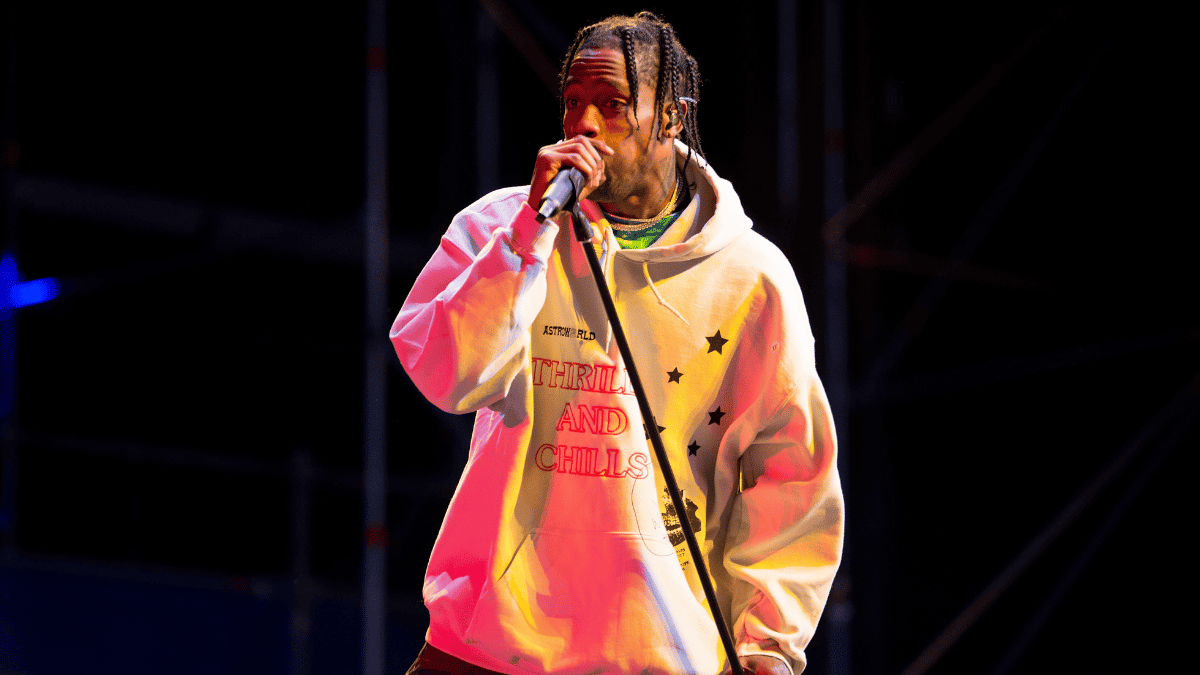 Travis Scott has amassed an incredible net worth in a short time, here's how he earned his fortune.

Jacques Bermon Webster II was born in Houston, Texas, in April 1991. These days, Travis Scott is better known by his stage name (formerly stylized as Travi$ Scott). He is a rapper, singer, songwriter, and record producer.

From age one until six, he lived with his grandmother in a notoriously crime-ridden neighborhood in South Park, Houston. He subsequently moved to the more middle-class Missouri City, a suburban area bordering southwest Houston, to live with his parents.

His mother worked for Apple, and his father had his own business. Music runs in the family, as his father is also a soul musician and his grandfather was a jazz composer.

He attended Elkins High School, where he participated in musical theater, and graduated when he was seventeen.

He went on to attend the University of Texas at San Antonio. However, he dropped out during his second year to concentrate solely on his music career.

In 2017, he began dating Kylie Jenner. He's been in a relationship with the media personality, model, and businesswoman ever since. They have two children – a son and a daughter – together.

What Is Travis Scott's Net Worth?

According to Celebrity Net Worth, Travis Scott's net worth is approximately $60 million. That puts him on par with Britney Spears, John Cena, and Whoopi Goldberg.

How Did Travis Scott Earn His Net Worth?

Travis Scott has a lot going for him. He performs and produces music, but he's also a savvy businessman. So let's look at exactly how he's earned his millions.

His record deals include a 2012 deal with Epic Records (his first major deal), a deal with Kanye West's GOOD Music production wing (known as Very G.O.O.D. Beats) later that same year, and a 2013 recording contract with T.I.'s Grand Hustle imprint.

Scott's self-released mixtape Cruis'n USA (with the Classmates) came out in 2011, and his second and third, Owl Pharaoh and Days Before Rode, were released on the Grand Hustle label in 2013 and 2014. In addition, he has an upcoming mixtape, Dystopia, being released on Epic Records.

His first album, Rodeo, was released in 2015 on Grand Hustle records and hit number three on the Billboard 200. His second and third albums, Birds in the Trap Sing McKnight and Astroworld, were released on the same label in 2016 and 2018, and both hit number one. His upcoming album Utopia will also be on Grand Hustle.

His collaborative albums have done pretty well, too. His first, Huncho Jack, Jack Huncho (with Quavo as Huncho Jack), hit number three on the Billboard 200 and his second, JackBoys (with JackBoys), reached number one.

Of his 40 singles, four of them have reached number one on the Billboard 100; “Sicko Mode” (featuring Drake), “Highest in the Room,” “The Scotts” (with Kid Cudi as The Scotts), and “Franchise” (featuring Young Thug and M.I.A.).

He's also been a supporting act on 2015's Never Sober Tour (with Juicy J and Project Pat) and The Madness Fall Tour (with The Weeknd and Banks), 2016's Anti World Tour (with Rihanna), and 2017's The Damn Tour (with Kendrick Lamar and DRAM).

Scott founded the record label Cactus Jack Records in 2017. It has its own publishing division Cactus Jack Publishing and is distributed by Epic Records. He started it to help other artists, launch new names, and provide opportunities. The label's current artists include Sheck Wes, Don Toliver, Luxury Tax, and SoFaygo.

He also runs the Astroworld Festival, an annual music festival in Houston, Texas, at NRG Park, near the former site of Six Flags AstroWorld. It's been going since 2018.

He's collaborated on fashion projects with Nike (to release his Cactus Jack Air Jordan 1's in 2019) and Dior (for a menswear collection released in 2021).

In 2020, Scott collaborated with McDonald's to launch a limited edition meal called “The Travis Scott.” It marked the first-ever nationally distributed celebrity-endorsed McDonald's meal. It was also the company's first celebrity meal since 1992 when they launched a “McJordan” burger with Michael Jordan in the Chicago metropolitan area.

That same year, he joined the PlayStation team as a Strategic Creative Partner to promote the PlayStation 5 console. They released special merchandise together and uploaded an unboxing video of the console to YouTube.

2020 was a busy year because he also launched the Cactus Jack Foundation that year. Scott established the foundation to assist the youth of Houston with education expenses and creative endeavors.

In 2019, he made his acting debut as a store owner in the movie Gully. In 2021, he provided the voice of Rhyme-a-Saurus in Trolls: Holiday in Harmony.

How Does Travis Scott Spend His Money?

Like most multimillionaires, Travis Scott spends much of his money on real estate. He bought a $23.5 million mansion in Los Angeles' Brentwood neighborhood. Being a generous man, he also purchased a house for his parents in Houston.

Conveniently, that brings us to the fact that Scott loves to spend his cash on his loved ones.

In 2018, he bought Kylie Jenner a lip-shaped diamond necklace for her birthday that's believed to be worth $500,000.

In 2021, for no reason whatsoever, he bought matching, two-stone diamond rings for Jenner and their daughter Stormi.

He also collects expensive sneakers and often rents extravagant superyachts when he goes on vacation. The $250 million model he stayed in with Jenner and their daughter in Europe is a prime example.

Travis Scott has had his problems (he gained notoriety for serious safety issues at his concerts), but he's undoubtedly been very successful.

Given his business investments, musical royalties, and future releases, he'll no doubt continue to make tens of millions of dollars in the coming years. We wish him well.

At Age 30, Taylor Lautner’s Net Worth Is Shocking