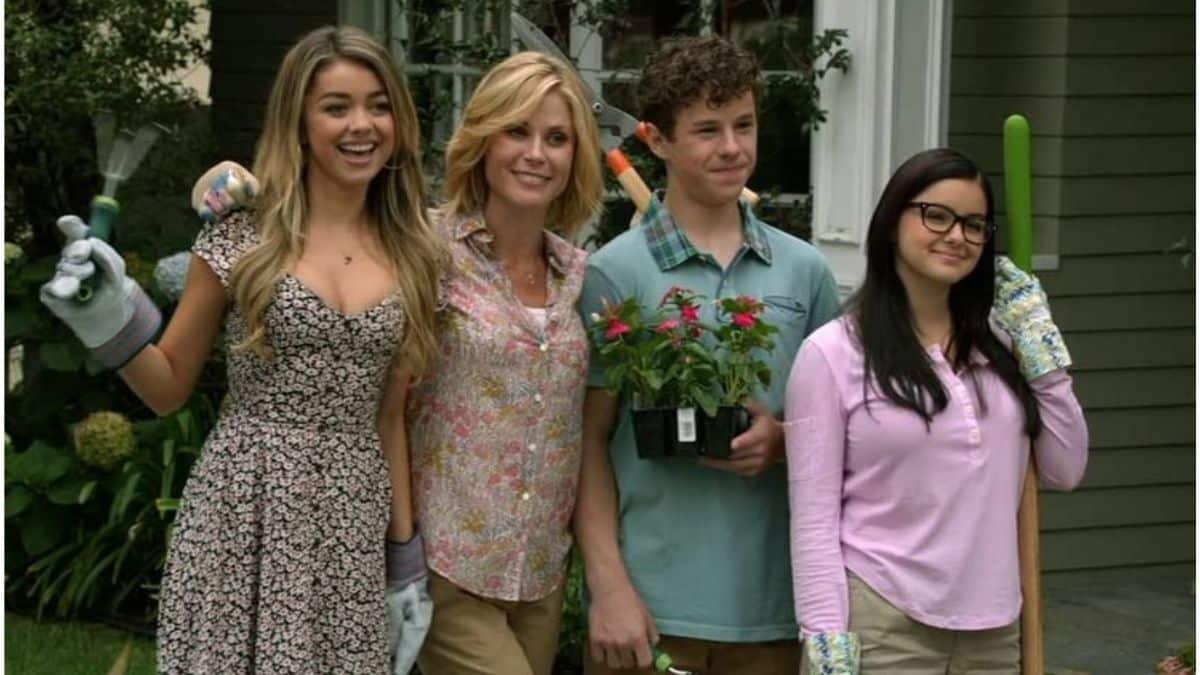 Redditor u/ymirisked, “What's a TV show more addicting than Reddit? I'm looking for a TV show to overshadow my Reddit addiction. The previous show that managed to do something similar was The Office, but I've rewatched both versions multiple times. It doesn't have that life-changing effect on me anymore. Any ideas?” Redditors picked these television series as more addicting shows than scrolling on Reddit.

Superstore is a sitcom following the staff working at a fictional big-box chain store, Cloud 9, in St. Louis, Missouri. It follows the day-to-day grind of dealing with customer service jobs, such as insane bargain shoppers and mind-numbing training sessions.

Mom is a comedy following a dysfunctional daughter/mother duo who, after having been estranged for years, come together and attempt to pull their lives and relationship together by trying to remain sober and attending Alcoholics Anonymous meetings.

Modern Family is a family sitcom told from the perspective of an unseen documentary filmmaker. It follows the stories of three diverse families overcoming trials and tribulations in Los Angelos, linked by the patriarch Jay Pritchett.

Parks and Recreation, also known as Parks and Rec, is a political satire mockumentary. It showcases the outlandish antics of Pawnee, Indiana's public officials pursuing parks projects to make Pawnee a better place. It's frequently compared to The Office.

Stranger Things is a sci-fi horror drama that follows a group of kids in the fictional town of Hawkins, Indiana. The series is set in the 80s and filled with 80s pop culture and music. After their friend goes missing, they stumble upon a lost girl in the woods with special powers. A series of supernatural mysteries plague the town each year, and it's up to them to stop it.

Prison Break is a serial drama following the story of two brothers. One is wrongfully incarcerated and sentenced to death for murder. So his brother devises an elaborate plan of going to prison to break his brother out. It involves many eccentric characters with their own stories within the main plot.

Money Heist is a Spanish heist crime drama series tracing two long-prepared heists on the Royal Mint of Spain and the Bank of Spain. It's narrated from the robbers' perspective and told in a real-time-type fashion, relying on time jumps, flashbacks, and hidden character intentions.

MarooshQ stated, “I'm currently obsessed with it. Unfortunately, I didn't watch it at the peak of its hype. I just watched and wished I had given it a chance sooner. I'm blown away by how good it is.”

After Life is a black comedy-drama British television series, it takes place in the fictional town of Tambury, following a newspaper writer who loses his wife to breast cancer, and his entire world's flipped upside down. He contemplates taking his life but decides to punish the world instead. He does whatever he wants without regard for people's feelings and thinks of it as his superpower.

Grey's Anatomy is a medical drama following the lives of surgical interns, residents, and attendings while growing into seasoned doctors while balancing professional and personal relationships. Tons of episodes require tissues, but the first several seasons are enthralling.

Scrubs is a medical comedy-drama that follows the lives of interns, residents, nurses, and surgeons in the fictional teaching hospital of Sacred Heart. The story tells the unusual perspective of a young intern who constantly narrates life in his head and has comical daydreams.

Peaky Blinders is a British crime drama in Birmingham, England. It follows the exploits of the fictional gang, Peaky Blinders in the direct aftermath of the First World War. It's based loosely on a real urban youth gang of the same name that was active from the 1880s to the 1910s.

Seinfeld is the classic show about nothing starring comedian Jerry Seinfeld as a semifictionalized version of himself. The show centers around his three best friends, Elaine, Kramer, and George Costanza, as they navigate the subtleties of daily life.

Did these Redditors pick the most addicting shows to keep you from scrolling too long on Reddit? What other shows belong on this list? Check out these twenty times our favorite TV comedies made us cry.

10 Awesome Obscure 80s Movies No One Seems To Remember