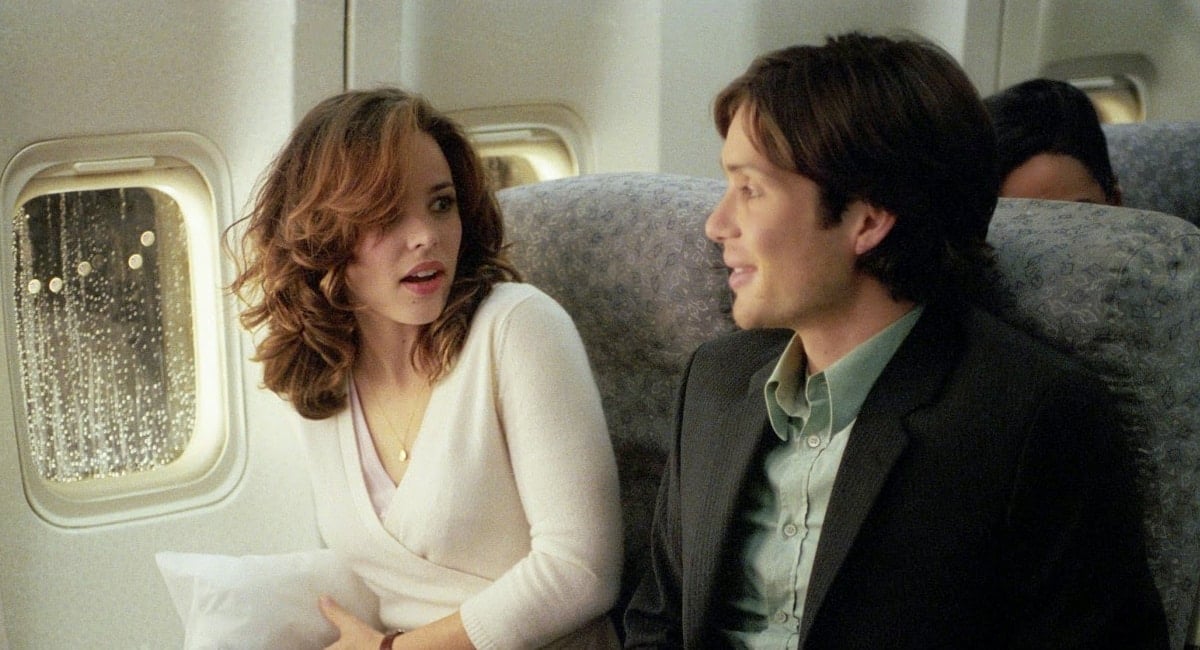 Thrillers excel at building tension and delivering surprises, but that doesn't mean they can't include plenty of thought-provoking themes, heartfelt moments, captivating relationships, or glimpses into humanity. Some are more highly revered, from Hitchcock classics like North by Northwest and Psycho to Spielberg's Jaws, Andrew Davis's The Fugitive, Doug Liman's The Bourne Identity, or Pierre Morel's Taken. Then there are those thrillers that deserve a little more praise, many of which star some of the same actors from the above films.

The Forgotten is a twisty, supernatural psychological thriller that taps into deeply-rooted fears and the most profound maternal instincts imaginable. Julianne Moore plays a woman grieving the loss of her son, one of six children whose plane mysteriously disappeared. Under the care of a psychiatrist, she is struggling, which becomes even more significant with sudden signs that her son never existed. Everyone around her, including her doctor, husband, and friend who lost his daughter, acts as if she is fabricating things.

Determined to find out the truth, she enlists the help of that friend who suddenly remembers his daughter. The two are on the run to discover why these memories are lost to some and what happened to their children. The twists in this film are entirely unpredictable, and the story is a profound and emotional one about the eternal love of a parent.

Although Liam Neeson has become best known for his role as Bryan Mills and his “very particular set of skills” in the Taken trilogy, this is the film that I consider tied for best among his thrillers (the other is coming up on this list). Following a somber US Air Marshal who boards a flight to New York, our hero begins receiving anonymous text messages threading the lives of everyone on board. Their request is straightforward and frightening: 150 million dollars must be transferred to them in an offshore account, or every 20 minutes, a passenger will die.

With the aid of a fellow passenger and the flight crew, the protagonist must figure out the source of the threat. Things go awry, and tensions arise when suspicions turn to many aboard the flight, even him. This one is boosted by its exemplary performances and its ability to make you question where the threat is coming from. Moreover, the emotional moments are affecting and the resolutions extremely satisfying.

Before seeing this film, my only frame of reference was Lorelai and Rory referencing it on Gilmore Girls when Emily buys a panic room. Emily is completely confused when they both say, upon seeing it, “Like Jodie Foster.” Of course, this film is much more than a funny pop culture reference. Panic Room is gripping as it taps into a potential real-life situation that would be truly frightening. Foster's character is a recent divorcee who moves into a new home with her diabetic daughter (Kristen Stewart), only for their first night to be ruined when three men break into their house.

The two flee into the secure and safe panic room, but problems arise when we learn that not only do the intruders know about the panic room, but what they seek is inside. Stakes escalate as the three men argue over their different opinions about what to do about the mother and daughter. Each man's humanity, morals, or significant lack thereof, become ever apparent, with Forest Whitaker displaying conflicting emotions of guilt and determination while still dangerous, Jared Leto being smarmy underhanded, and Dwight Yoakum just plain terrifying. Meanwhile, Foster and Stewart's characters display intelligence, resourcefulness, and courage. Panic Room gives us a captivating and thought-provoking thrill.

In this chiller from horror master Wes Craven, hotel manager Lisa (Rachel McAdams) is held hostage by a man (Cillian Murphy) who wants her to help him assassinate a government official, using her father's life as leverage. What makes this film so effective is the claustrophobic nature of a Red-Eye flight, mirroring Lisa's feelings as her world is slowly closing in on her.

McAdams is fantastic as the terrified but resilient Lisa in the face of absolute terror. Murphy showcases a genuinely creepy and unsettling demeanor that is all the scarier for how quiet and restrained it is. The plot plays out straightforwardly, but what makes it a compelling thriller are those captivating performances and the emotional connection we feel for Lisa and her plight.

A continuation of the Jason Bourne series starring Matt Damon, but with a new character, Aaron Cross, portrayed by Jeremy Renner. Those who love the Bourne films are sure to be just as engrossed in this story that directly results from what came before. When the details about the secret Operation Treadstone are leaked to the media, it's decided that all other ops must be eliminated, including Cross. When his intelligence and resourcefulness help him survive their attempt to take him out, the mystery about his mission unravels.

He sees a doctor that is part of the program as well. As the two evade the lies, the action sequences are engaging and dynamic, the story thought-provoking and relevant, and the chemistry between Renner and Weisz builds naturally. It's an action thriller that feels more like an equal partnership between characters than in the previous films. Though not as successful as earlier entries in the franchise, The Bourne Legacy deserves to continue with more installments.

Hearing that Denzel Washington and Chris Pine are the stars of this heart-pounding thriller is enough to spark interest. Indeed, these two actors help make this film what it is. Still, it is not only Washington and Pines's presence but also the heartfelt connections you feel for their characters and their dilemma and the awe-inspiring action scenes on a runaway train that elevate the film to greatness. The story is simple: a veteran engineer and a newbie conductor must work together to stop an uncrewed freight train carrying toxic chemicals from crashing into a populated area and causing a potentially catastrophic disaster.

The emotions evoked are relatable but straightforward. We are affected by the potential catastrophe and the personal moments between Washington and Pine as they clash then bond over their experiences. Many of the action scenes, however, are complex, making for a solid action thriller with surprising emotional depth.

In this tense and emotional thriller, Jodie Foster gives a strong performance as a woman named Kyle, grieving the tragic loss of her husband, who boards a flight from Berlin to New York with her five-year-old daughter Julia. They both fall asleep during the long late flight, but when Kyle wakes up, Julia is nowhere to be found, even when she searches the expansive double-decker plane that she helped design. Tensions arise when they tell her that no one not only has no one seen her daughter, but no one remembers seeing her daughter board the plane, from the flight crew to the other passengers, to the onboard air Marshall, played with enigmatic coolness by the wonderful Peter Sarsgaard, making Kyle and the audience begin to doubt everything we thought was true.

What makes this film excellent is the dramatic tension as the action practically plays out in real-time as we see Kyle slowly begin to unravel and become unhinged as her desperation to find her daughter intensifies with Foster bringing not only a convincing performance but one any parent or someone with a strong maternal instinct could relate to. It's intense and, in the end, emotionally satisfying.

Anyone who loves The Fugitive will love Double Jeopardy. The setup is quite similar: an innocent woman (Ashley Judd) is convicted of murdering her husband, but when she suspects that her husband is alive after a phone call with her young son, she begins a plan of action. When she is released on probation six years later, she plans to track him down because a person cannot be tried for a crime more than once. Of course, another similarity to The Fugitive is with Judd's costar Tommy Lee Jones.

While his character is not a US Marshal but rather a probation officer, the characters are analogous in feel and with the fact that he begins to realize the person he is hunting is innocent. Make no mistake, though, even though these movies have similar plots, actors, and tones, Double Jeopardy is a fine film in its own right. It's exciting, tense, and provocative. Judd gives a fantastic performance that taps into immense feelings of fear and determination, with one of the most satisfying endings in any thriller film.

A captivating, understated thriller, Unknown boasts an impressive cast that includes Liam Neeson, Diane Kruger, January Jones, Aidan Quinn, and Frank Langella. On top of that, it has the added element of a story full of intrigue and surprising plot twists. Neeson arrives at a hotel in Berlin with his wife for a biotechnology conference. When he discovers one of the bags is missing, he jumps in a cab to head back to the airport to retrieve it but is in a horrible car accident.

Cut to him waking up in the hospital where after a brief bit of memory loss, he returns to the hotel where a man has assumed his identity and his wife appears not to recognize him. His journey to discover what's going on begins as he uncovers secrets about his identity and a plot whose scope is global. Unknown is thrilling not from its action, although that is very much present, but by its truly unpredictable story.

The first thought one may have when thinking about this film is that its technology is very dated. While that is true, it's is also true that technology is an ever-changing and evolving thing, so any film that showcases it will eventually, and sometimes even within a few years, become outdated. Consequently, it's best to judge The Net on its own merits, which are many. Sandra Bullock plays a computer programmer named Angela Bennett who unwittingly becomes entangled in a massive conspiracy involving stolen identities, the most significant being her own. A victim of identity theft and attempted murder while on vacation, she returns home under a different name only to find her life erased.

As she races to stop those who are threatening not only her and those she cares about but the security of every company and branch of government there is, we become wholly enthralled by Angela Bennett's fight against these dangerous and ruthless people. With the ability to make happy settings such as a tropical paradise and a carnival feel tense, and emotionally grounded performances amongst an enormous scope, The Net is a riveting cautionary tale that showcases how anyone can fight back against what feels like insurmountable odds.