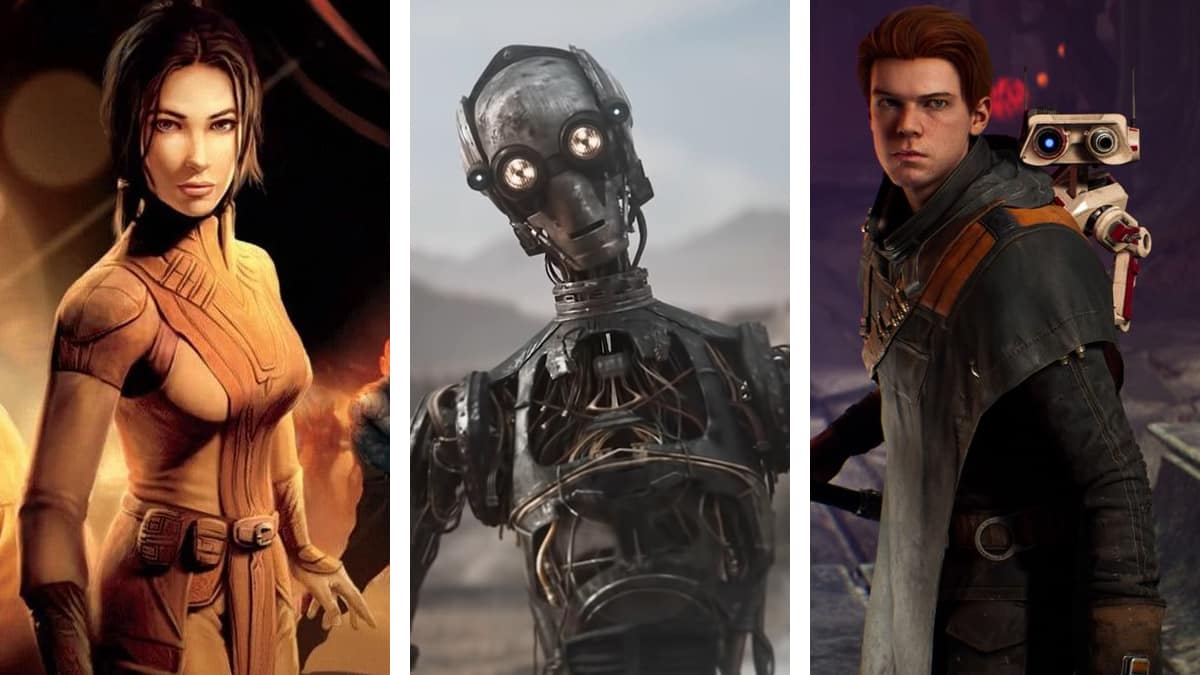 May is basically Star Wars month. Star Wars Day was just yesterday as of writing this. This week, the franchise’s creator George Lucas will be celebrating his 78th birthday. Then, at the end of the month, Ewan McGregor will return to the franchise as the new Obi-Wan Kenobi series will premiere on Disney+.

I wanted to start May off by looking into what is in store for one of the most beloved media franchises in the video game space as, over the past decade, Star Wars has had a tumultuous time among its video game releases under the exclusivity of Electronic Arts.

However, things seem to be turning a corner as Disney has decided to allow more developers to make games based around the franchise. Thus, today we are looking at four major upcoming Star Wars games that fans will be able to enjoy.

Star Wars: Knights of the Old Republic took the gaming world by storm almost 20 years ago when it was released exclusively on the original Xbox in the summer of 2003 and later that year on PC. Originally developed by BioWare, who would go on to create the Mass Effect series after this, the game was the first major Star Wars RPG and was met with near universal acclaim from fans and critics alike. Now, the beloved RPG is returning in a full remake from the ground up, though it is still a ways off before it releases.

Announced during the Fall PlayStation Showcase last year, the Star Wars: Knights of the Old Republic remake will be released on PC and as a timed exclusive for PlayStation 5 which was a shock as the original was never released on a PlayStation console. Development of the remake is being handled by Aspyr Media who have handled the game more than anyone as they developed the Mac OS and mobile ports of the game as well as the upcoming remastered version of the game which was released on Nintendo Switch last November. Though we know very little else about the remake, it is safe to say it’s in good hands with Aspyr, and we are sure to see more before too long.

Very little is known about Star Wars: Eclipse outside the short teaser trailer that was released alongside the announcement last year. Though, Quantic Dream develops heavily narrative-focused games with tons of player choice, little to no actual combat, and multiple different endings for players to discover. Thus, it would come as no surprise if Star Wars: Eclipse falls into that same formula as the studio’s usual affair. Unfortunately, it has been reported that the game is still in early development and a long way off. So it may be a while before we see more of Star Wars: Eclipse.

Finally, Amy Hennig is getting her opportunity to make a Star Wars game again! Those that have followed Star Wars in the video game space over the past decade should know of Hennig and her involvement in the development of the canceled “Project Ragtag” Star Wars game during her time with Electronic Arts. For those that don’t, Hennig is best known as the creative director of the first 3 Uncharted games during her time at Naughty Dog. She would join EA-owned studio Visceral afterward and was set to lead the development of “Project Ragtag” which many assumed would be a Star Wars game that was similar to the type of game that Uncharted is. Unfortunately, Visceral was shuttered by EA in 2017, “Project Ragtag” would shift developers and was eventually canceled, and then Hennig left EA before joining Skydance Media.

Now, just a few weeks ago, Lucasfilm Games announced a partnership with Skydance Media with Hennig helming a new Star Wars game that is being described as a cinematic action-adventure game with its own story. Thus, it sounds like the game will be somewhat of a spiritual successor to what “Project Ragtag” was set to be before its cancellation. Though no other concrete details about the game are known, Lucasfilm Games have said more information will be shared about the game once “the time is right” so fans will have to wait patiently to find out more about this one.

Since its acquisition in late 2017 by Electronic Arts, Respawn has become the premier studio under EA’s label. That’s no more apparent than the recent announcement that the studio is handling not just one, nor two, but three separate Star Wars games right now. Two of them are an unannounced first-person shooter (Respawn’s bread and butter) as well as a strategy game ( a first for the studio). The last is a sequel to their 2019 game Star Wars Jedi: Fallen Order which we would know the most about.

The sequel is sure to pick up with what’s next for Cal Kestis’s journey in the years between the Revenge of the Sith and A New Hope films. For those that didn’t play the original, the game felt like it was a mix between a Metroidvania game, Uncharted, and Dark Souls which all worked surprisingly well. Thus, the sequel is sure to keep to that type of gameplay style. It is most likely that the game's scope will increase with the sequel, and there will be more planets to explore and Cal is sure to have a few new abilities for players to use on enemies. Though, it is unknown when we will officially see the game or Respawn’s other Star Wars titles as EA won’t have an EA Play event this summer. That means we’ll have to wait and see when we get the actual first look at the game.