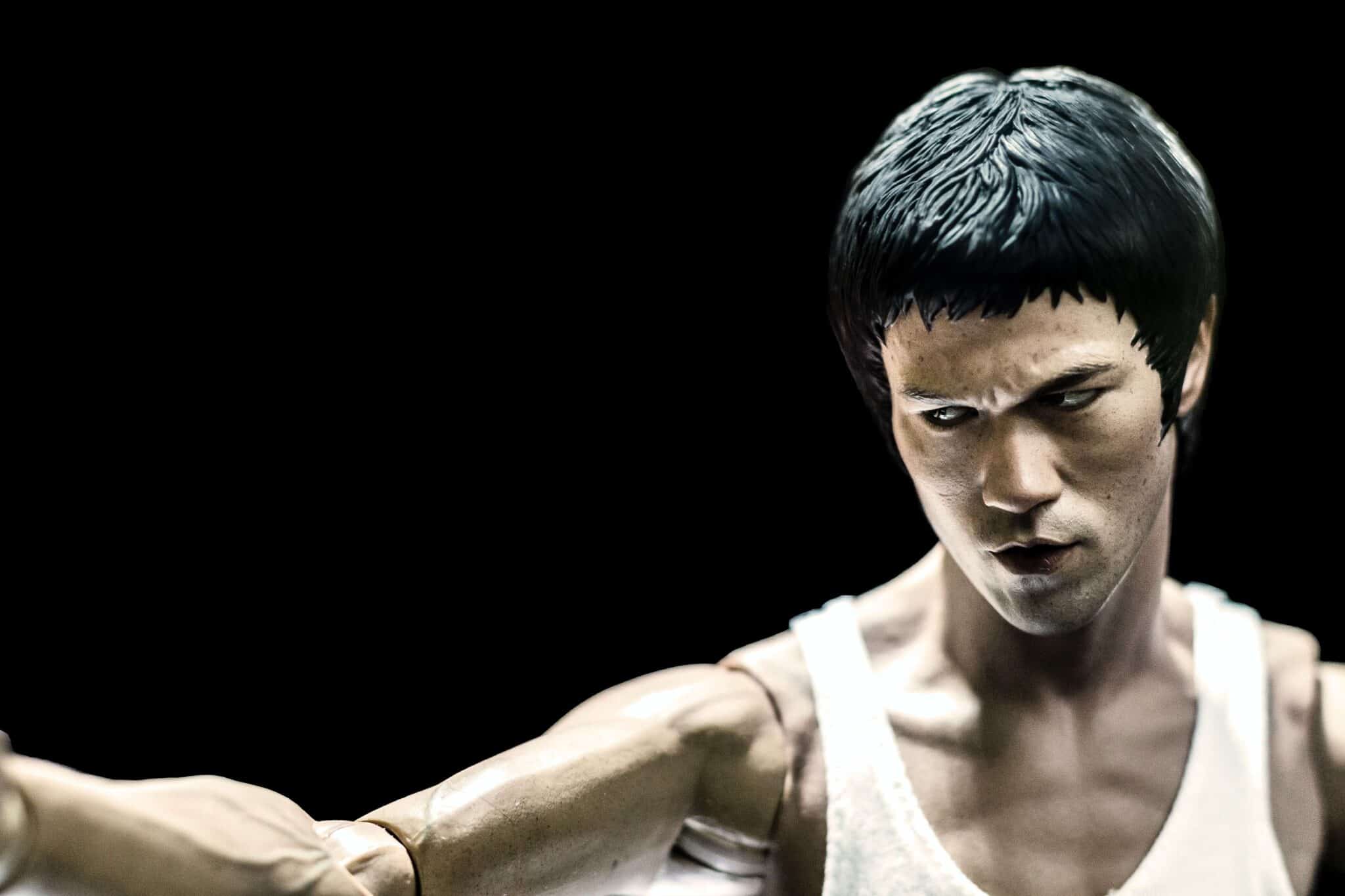 The man, the myth, the legend. Bruce Lee has been an inspiration to millions of people, including myself.

When I first began training in martial arts, I started watching Bruce Lee movies and tried to copy his techniques as best I could. Learning from the movies helped me add some moves to my arsenal, and I could win more sparring matches as a result.

It’s a shame that he’s gone, but Bruce Lee accomplished more in his 32 years on earth than most people do that live twice as long. About 40 years after his death, I started learning from him, and he’s still inspiring people today. He had an intensity about him that hasn’t been matched by anyone since.

Here are seven Bruce Lee quotes and lessons that have had an impact on my life outlook.

1. Always Strive To Be Greater.

Bruce Lee worked harder and had more determination to develop himself than anyone I’ve ever seen. He was never satisfied and became a true master of martial arts before he even turned 30.

He didn’t slack off but constantly worked to improve even after his worldwide fame.

“If you always put limits on everything you do, physical or anything else. It will spread into your work and into your life. There are no limits. There are only plateaus, and you must not stay there, you must go beyond them.” – Bruce Lee

2. Learn To Adapt To Change

Bruce’s style of fighting was to have no style. He preached you should only do what works and throw out any form of tradition. It took a while to catch on, but this idea is prevalent now, and we see it being practiced in the UFC. Being able to adapt to change is an invaluable skill used by successful people in all areas of life.

3. Focus on a Few Things and Master Them

People have more distractions now than we have ever had in history. I personally struggle with getting ideas and starting them, then something else comes along that sounds interesting, and I’ll jump on it. If we don’t learn to cut out the distractions, we might end up good at some things but never truly master one thing.

This is a great thing to think about when it comes to your career. If you can master something, you become a more valuable resource to your company because you know more than most people do about a particular subject.

4. Optimize What You Learn and Make It Unique With Your Own Twist

Realize that you have a unique set of ideas, skills, and experiences that no one else on earth can copy. You are a valuable member of society and have a lot to offer. Sadly, a lot of people don’t realize this and never live to their true potential.

Apply the things that you learn and can implement, then discard the things you can’t.

“Absorb what is useful, Discard what is not, Add what is uniquely your own.” – Bruce Lee

Failing is a part of life, and we all do it. The difference is some people aren’t afraid of going big and failing big. While the embarrassment might be greater, the rewards can be greater as well.

Take the mission of this blog, for example. I’m tracking my progress to becoming a millionaire. If I fail, I fail publicly in front of the whole interwebs, and that’s many people to let down. If I succeed, though, I get to reap the benefits of the wealth, and I should have developed a large following and hopefully helped many people along the way.

“Don't fear failure. — Not failure, but low aim, is the crime. In great attempts it is glorious even to fail.” – Bruce Lee

You might be thinking this is the same as practicing and mastering a few techniques but what I’m talking about here is valuing less physical possessions. Minimalism has turned into a huge movement recently, and I think it’s an awesome concept.

The idea is to stop buying so much junk and realize you probably already own everything you need to be happy. The fewer items you own, the more time you have to think about more important matters. You’ll also end up saving money by not buying things.

“The More we value things, the less we value ourselves” – Bruce Lee

What We Think About Is What We Become

This concept has changed my life in so many ways because it has taught me to think in so many different ways. If you’re a negative person that’s always arguing with people, it’s because you focus on negative things.

“As you think, so shall you become.” – Bruce Lee

To sum these, Bruce Lee quotes up, he was a pretty awesome dude, and I’m glad I found out about him early.

If nothing else, he motivated me to pursue martial arts, which has greatly benefited my life. We can learn a lot from different figures in history, and I think you’ll enjoy learning about Bruce if you haven’t already.

Do you have any favorite Bruce Lee quotes? Please share them in the comments!

Credit Sesame vs. Credit Karma – Which Is Better?