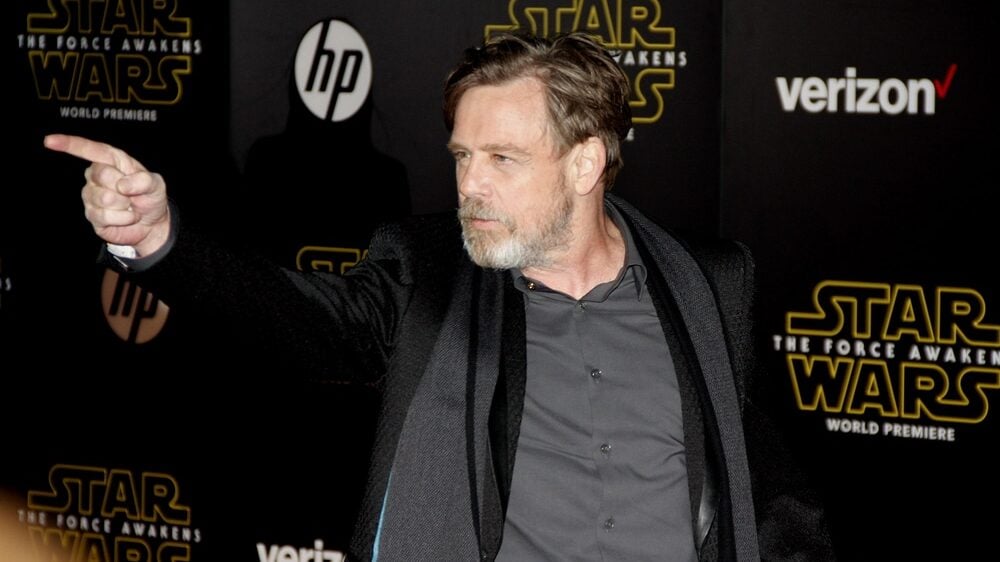 Mark Hamill is a universally-loved actor, voice actor, and writer. He is, of course, most famous for playing the iconic role of Luke Skywalker in the Star Wars franchise. There has, however, been a lot more to his career than that.

Hamill would be the first to admit that he's appeared in some terrible movies, but some of his non-Star Wars flicks are well worth a watch, whether or not you're a big fan of his.

In this piece, we'll take you through a dozen of Mark Hamill's best non-Star Wars movies. Take a look.

Village of the Damned is a sci-fi horror based on John Wyndham's 1957 novel The Midwich Cuckoos and the second adaptation of the novel after the 1960 film of the same name. It's about a small California town where the women give birth to hostile alien children posing as humans.

This movie isn't great, but its cast of Hamill, Christopher Reeve, and Kirstie Alley makes it watchable. Hamill plays Reverend George, the minister of the small town where the movie takes place, and he does very well in the role.

Midnight Ride is an action thriller that also features some slasher elements. It's about a twisted and disturbed madman who, posing as a hitchhiker, kidnaps the wife of a military police officer. A chase then ensues.

Some of the acting in this movie is terrible, but Hamill's over-the-top performance as the insane hitchhiker undoubtedly makes it worth a watch. There are some exciting action sequences and a cameo from Robert Mitchum, which also adds to the fun.

Britannia Hospital is a somewhat satirical British black comedy that points fingers at the state of Great Britain's National Health Service and contemporary British society in general. In the film, the Queen is due to visit the eponymous hospital while strikes and demonstrations take place outside.

This movie is interesting, unique, and outright weird, with a talented and predominantly British cast. It's an odd viewing experience, but one you must have. Hamill plays Red, a member of the media covering the events taking place in the movie. His character is typically larger than life, especially when he gets high on magic mushrooms.

9. The Night the Lights Went Out in Georgia (1981, directed by Ronald F. Maxwell)

The Night the Lights Went Out in Georgia is a musical drama loosely inspired by Vicki Lawrence's 1972 song. It's about a small-town singer who wants to head to Nashville to be a big country star. With his ambitious younger sister as his manager, they run into trouble when they clash with a small-town sheriff.

Hamill plays Conrad, a state trooper who shows concern for the sister as her brother ignores her in favor of alcohol and women. He does a great job, and this movie offers a charming glimpse into small-town life in the United States. Dennis Quaid and Kristy McNichol are excellent in the lead roles.

The Big Red One is an epic war movie based on director Fuller's experiences in World War II with the 1st Infantry Division, nicknamed “The Big Red One.” In the film, a hardened sergeant and the four core members of his infantry unit try to survive various war battles as they travel through Europe.

It's a brilliant movie with an ensemble cast that includes Robert Carradine and Siegfried Rauch. Hamill is excellent as Private Griff, a loyal member of the sergeant's team. The action is incredible, and the film conveys a beautiful example of male camaraderie.

Corvette Summer is an adventure comedy about a Southern California teenager traveling to Las Vegas to track down his stolen, beloved, customized Corvette Stingray.

Hamill plays the teenager, Kenny Dantley, in what was his first screen appearance after the surprise success of Star Wars the previous year. He looks a little like Stranger Things‘ Eddie Munson, and is brilliant in the role, as is Annie Potts as his love interest, and the result is a delightful movie. It has zany visuals to go with the zany script, and you'll be captivated by that.

Batman Beyond: Return of the Joker is a direct-to-video animated superhero mystery movie based on the animated series Batman Beyond. It follows the attempts of Bruce Wayne and his protégé Terry McGinnis to unravel the mysterious return of Wayne's former arch-nemesis, the Joker.

Hamill reprises his voice role from the series as the Joker and does so in a typically brilliant fashion. This movie looks beautiful, thrilling, energetic, and somewhat unsettling, and it takes an intriguing fresh look at the unique relationship between two iconic comic book rivals.

Batman: The Killing Joke is an animated superhero thriller movie based on Alan Moore and Brian Bolland's 1988 graphic novel of the same name. It focuses on the Joker's determination to drive police commissioner James Gordon insane while Batman desperately attempts to prevent that from happening.

It's a stilted retelling of the original story, and criticism of it is justified. The presentation of Batgirl as a subordinate of Batman is concerning, and the movie could be more coherent and cohesive. However, Hamill's voicing of the Joker (and Red Hood, incidentally) is sublime, so it's worth watching for that alone.

4. Batman: Mask of the Phantasm (1993, directed by Eric Radomski and Bruce Timm)

Batman: Mask of the Phantasm is an animated romantic superhero movie based on Batman: The Animated Series. It centers on Batman as he reconciles with Andrea Beaumont, one of his ex-lovers, and goes up against a mysterious vigilante who is murdering Gotham City's crime bosses.

It's the best animated Batman movie, and Hamill plays a big part. Again, he voices the Joker brilliantly. 1987's Batman: Year Two inspired it, and it borrows elements of Batman: Year One from the same year. Despite its original antagonist, it remains mainly faithful to the source material. It's stylish, elaborate, and action-packed.

Child's Play is a slasher movie, a remake of the 1988 movie of the same name, and a reboot of the Child's Play franchise. It's about a family getting terrorized by a high-tech doll that becomes self-aware and homicidal after a disgruntled employee disables its safety protocols.

Hamill provides the voice of the killer doll, Chucky, in this one, and he's fantastic. This movie is an improvement from the original. It's more fun because the humor is excellent but nastier at the same time, as the gore is plentiful. It's also cleverly satirical of millennial consumerism.

Kingsman: The Secret Service is an action spy comedy movie based on the comic book of the same name by Mark Millar and Dave Gibbons. In the film, a spy organization recruits a promising street kid into its training program while a twisted wealthy megalomaniac threatens humanity.

This movie is a hoot from start to finish, and Hamill plays his part in that in an accomplished fashion. He portrays Professor James Arnold, a physics lecturer at Imperial College in London, who dies gruesomely, having been the victim of a kidnapping. Kingsman is stylish, provocative, teeming with action, and wholly entertaining.

Brigsby Bear is a comedy-drama movie about a captive man, raised in a bunker since birth, who obsessed over a children's television program titled Brigsby Bear. Following his rescue, he realizes Brigsby's creator was his captor, who he called dad. His obsession leads to him finishing the show's storyline himself.

Hamill portrays Ted Mitchum, the man's captor and the creator of Brigsby Bear. As usual, he's excellent. The movie is sweet, moving, charming, earnest, funny, and many other pleasant superlatives. Seriously, it's lovely, and you should undoubtedly watch it.