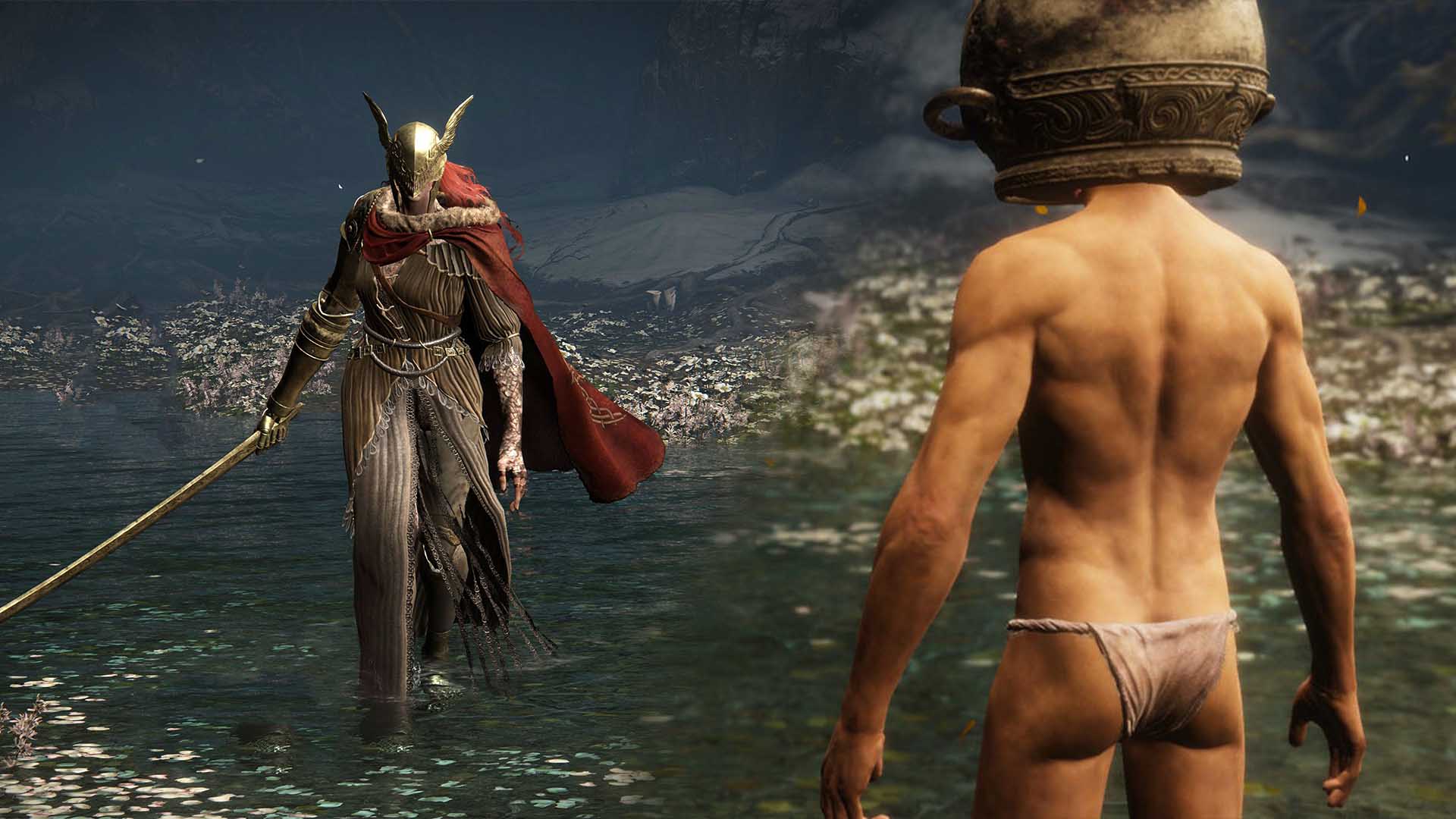 Here's your “Let Me Solo Her” build guide so you can take down notorious Elden Ring boss Malenia yourself. Here we also discuss everything you should know about the legendary player.

The world is on the same page when it comes to Elden Ring. A great majority of players worldwide think that the action Role-Playing Game (RPG) is one the best games ever made. It is also the magnum opus of its developer, FromSoftware.

The game depicts a mesmerizing open world that evokes a sense of exploration like no other title. This dark RPG is also an excellent setting for legendary players to emerge and show their skill.

You might be curious about the player's build if you have witnessed their remarkable performance in the boss fight.

Obviously, the glorious warrior does not wear anything except a jar on their head. While the player set a new build trend called “the Jarnished,” you can equip any gear you want as long as you wield the identical katana and the Ashes of War.

The master player wields Uchigatana +25 with the Ash of War Hoarfrost Stomp. They have Rivers of Blood +9 in their left hand. This dual katana build is especially effective against Malenia as she also has very fast attacks.

Talisman and Ashes of War

Infusing Uchigatana with Hoarfrost Stomp results in stupendous Slash and Piercing damage. Thanks to the +25 update, Uchigatana is now a weapon worthy of the Gods as it can slay Malenia as well.

Thanks to the Ash of War, the player can also burst out “Area of Effect” (AoE) attacks that give Frostbite damage. Although Hoarfrost Stomp received a nerf, it is still one of the most impressive Ashes of War in the game.

Here are all the Talismans Let Me Solo Her is using:

Who Is Let Me Solo Her in Elden Ring?

Let Me Solo Her is an Elden Ring player. They help other players worldwide in their fight against Malenia, the Blade of Miquella. Malenia is also known as the Queen of Scarlet Rot, and she is probably the most difficult boss in the game.

Thanks to the summoning feature, players can join the other players' world and assist them in their journey. Elden Ring also allows players to participate in the same boss fight.

That's when the legendary player appears and charges in, swiftly erasing the health bar of the mega-boss. The famous gamer has helped more than 1,000 players since the game was released.

Is Let Me Solo Her an NPC

No. As we mentioned earlier, Klein Tsuboi (the player's name on the social media account) is a real player who probably has hundreds of hours in the game. The player teleports to the worlds of other Elden Ring gamers to aid them in the fight against Malenia.

What Level Is Let Me Solo Her?

Where To Find The Jar Helmet in Elden Ring?

How To Summon Let Me Solo Her?

If you happen to come across their summon sign, feel free to call them to your aid before confronting Malenia. On a Reddit post, they stated that they will keep helping other players as long as they play Elden Ring.

That being said, a determined modder came up with a great mod that changes a Spirit Summon with the skin of the legendary player. The mod changes the appearance of an Ash Spirit with a naked man wearing a Jar helmet.

Though you will have to pay a small price to download the mod. The modder Garden of Eyes offers their work on Patreon.
That's all you should need to know about the legendary player of Elden Ring. Hopefully this has satisfied your curiousity about the Let Me Solo Her build.

Recently deleted posts not showing up on Instagram (Fix)

This Trick Saves a Ton on Gas