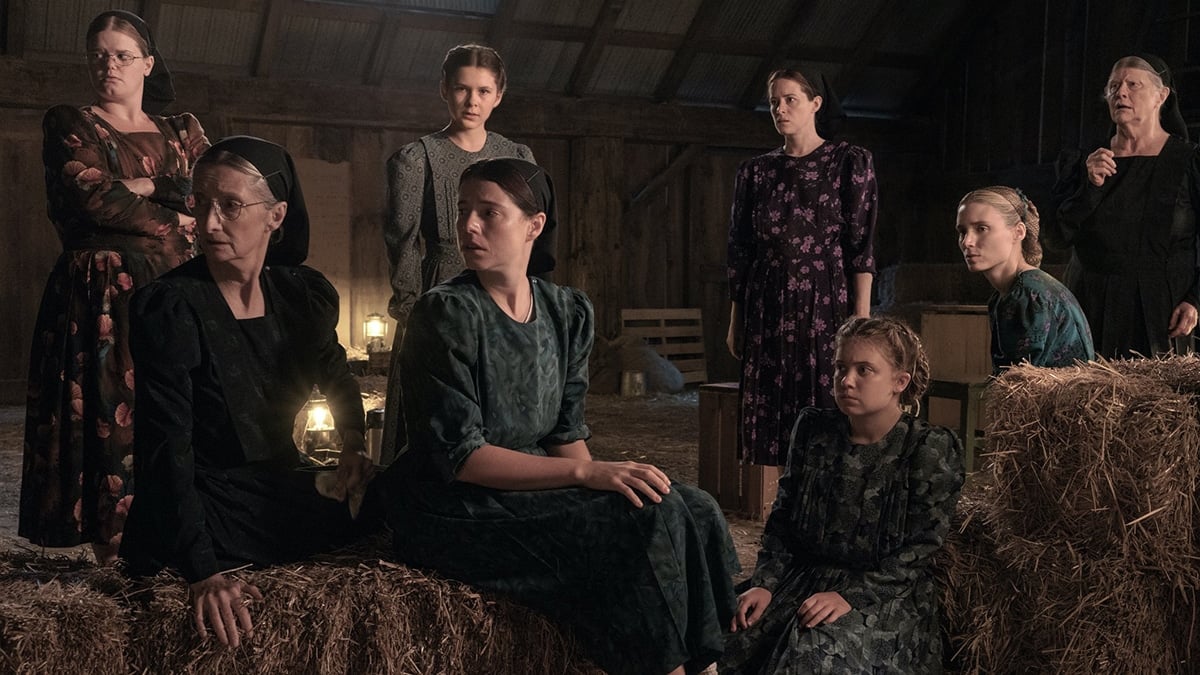 Silence can be the most unsettling sound of all, and Sarah Polley is determined to shatter it in her first feature since her 2012 documentary Stories We Tell. Her latest work, the Toronto International Film Festival entry Women Talking, is also about stories, the kind the powerful tell about those they have taken power from, and how to take it back.

The women in a close-knit secluded religious community are all reeling from the revelation that some of the men have been drugging and sexually abusing them after years of denying and dismissing their reports, or claiming it was the work of Satan or ghosts. Now the colony's female population is grappling with their pain and rage, and most vitally, what they are to do next, which they manage to narrow down to three options: they forgive the men and stay, they refuse to forgive and fight, or they all depart the only home they've known for an uncertain future.

After a vote ends in a tie, a few of them meet in a hayloft to discuss what their next step is. The men are absent, having sent a rapist who was caught in the act to the police out of concern… for his safety, that is, and have headed into the city to post bail. Only one, August (Ben Whishaw), is allowed to attend the discussions in order to take the minutes since none of the women in the community can read or write.

They’ve been taught well enough, however, and part of their struggle is to find out what kind of world they want outside of the men they have always served and never dared to request anything from. Now they are considering building a world apart from them when it becomes clear that to stay would mean violating the pacifism which is key to their faith.

That world and this debate itself, of course, reflects our own in a time when women's bodies are more and more subject to the whims of those in power. And there's a dizzying array of talent to bring this slice of relevance to us, which includes Rooney Mara, Claire Foy, Jessie Buckley, and Frances McDormand. The Oscar noms will roll in no doubt, as will the reverence for the performances, which are all incredible and embody different methods of coping with violence, sexual or otherwise.

Foy is a tightly wound ball of rage who intends to fight for the future of herself and her child, Buckley is anger turned inward, sneering at her peers for their displays of emotion, McDormand is a model of domineering complicity, and the pregnant Mara is in top form in yet another role which requires her to smile beatifically. Yet for all talk of a new order, Women Talking is eager to reassure us of its lack of interest in really rocking the boat, even outright including the phrase “not all men.”

Like many a group with a history of marginalization, women must develop a method of understanding and coping with those who have been their oppressors in order to exist, and it is a given that those in Women Talking must reevaluate their own relationships with their sons and other male relatives, with August standing in as another, alternative model of masculinity.

But surely some complexity should be reserved for the women themselves, who are not allowed the luxury of truly making us uncomfortable, with those who are for violence staunchly proclaiming it's all for the kids.

Those who are devoted to the status quo have departed the stage (or hayloft), and those who are left share a progressive purpose, and even moments of humor, which are carefully calibrated to appeal. Violence is left off-screen, but its aftermath is left clear enough, even in a landscape that remains stubbornly muted. We all want a story defined by violence to end differently, but in order for that to happen, those who suffer from it must be allowed to be fully formed, imperfect beings, not role models who have been created to appeal to the safest of tastes.

After debuting at the Telluride Film Festival, Women Talking lands in theaters on December 2.

The Best 80s & 90s Movies That No One Discusses But Should