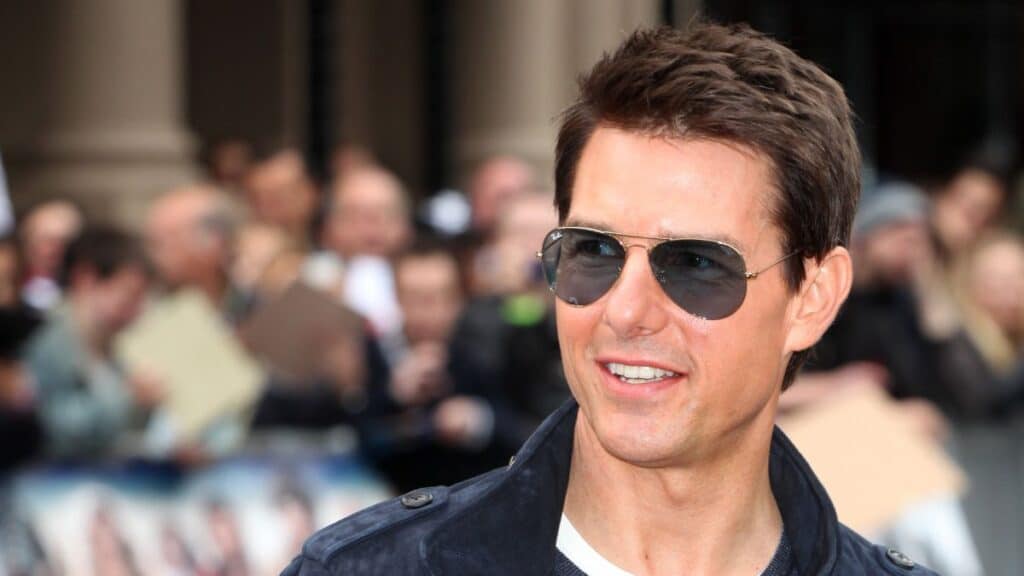 Have you ever had a movie ruined by a casting choice? Recently a Redditor asked, “Film snobs of Reddit, who was the single worst casting choice in Hollywood film history?” Here are eleven of the top responses.

Fart_Vandelay1 posted, “More like Jack can't reacher the top shelf!” Kitty_witcher replied, “Why? It's not like Reacher is a 6'5″ blonde giant of a man. Lol.” One user commented, “I think I read somewhere that he wasn't offered the role but bought the rights with the idea that he'd play Reacher.”

Guywith2dogs posted, “Fun fact. My wife worked at a hotel in Cleveland, and Justin Chatwin showed up one day because they were filming downtown. He had a puppy, and my wife gave him some stuff for his pup and tried hard to make his stay enjoyable. It turns out Chatwin's kind of a dirtbag. So not only is he not a cool dude, but he trashed the character of Goku. Just awful.”

Glokazun posted, “Who cast Topher Grace as Venom? Seriously the kid's from That 70s Show. He's not scary at all. Especially when he was screaming in agony, I thought, this is bad!” Another user said, “Eddie Brock is built like a brick outhouse in the comic characters. He is the opposite of Parker in most ways, besides being a photographer. He would have made a better carnage than Venom.”

7. James Corden in Anything

FilliusTExplodio posted, “The only good thing he's ever done for the world was starring in this Ricky Gervais joke: The world got to see James Corden as a fat kitty. He was also in the movie Cats.” PotassiumPomegranate commented, “I would say the casting was the least of the issues with that movie. Except for James Cordon. The guy was thrust WAAAAY too hard into fame he didn't deserve or earn.”

FlabbyFishFlaps commented, “Rebel Wilson in Cats. Taylor Swift in Cats. Idris Elba in Cats.” Eugene_rat_slap said, “Cats is not a bad MUSICAL.. they just turned it into a horrible, wretched shell of itself and slapped some CGI on comedians (and a few legit singers). And called it a day.”

Megamoze said, “Joel Grey was cast as a Korean martial arts instructor in the film Remo Williams in 1985.” Rattrap007 commented, “Joel Grey is only slightly racist, but it fooled some people, and it is not awful. It is hard to put all this into words.” Dandudeus replied, “The producers couldn't find the Asian actor they wanted, so they went with Gray at the time. It was, even then, an extremely controversial decision.”

Darth_hotdog said, “Mickey Rooney in Breakfast at Tiffany's as Mr. Yunioshi is pretty infamous!” Another Redditor replied, “Yunioshi played a much more prominent role in the novella, so there was something of a point to the character. The trouble was the depiction of the character in the original text was racist. Then when you add in Rooney's gosh-awful performance, it's just vile.”

TheMightyCephas responded, “I like to think that they went this script is awful, but we have to churn the movie out anyway, let's hire someone who doesn't give a hoot…” TheCrabWithTheJab replied, “I think the issue was he cares too much. The guy thinks he's a next-level method actor. I heard he used the crutches 100% of the time, needing help to go the bathroom.”

2. Maria Bello – The Mummy: Tomb of the Dragon Emporer

Front-Pen7424 said, “Maria Bello in The Mummy 3, replacing Rachel Weisz. It would've been better to say Evelyn died than to use Maria Bello.” Coltbeatsall replied, “I Concur. She completely lacked the charm that Rachel Weisz brought to the screen and lacked chemistry with Brendan Frasier.”

PikaTopaz said, “I have to give this one to John Wayne as Ghenghis Khan.” Siva-pc commented, “Whole movie was a fatal disaster. A lot of actors got cancer.” Another user stated, “The movie was filmed downwind of nuclear test sites in Utah, and dirt from the site was shipped back to Hollywood for use in the sets. So about 40% of the crew got cancer in their lifetime.”

We hope you enjoyed this Reddit picks list of movies with terrible casting choices. Check out five decades of the worst movies of all time.

This article was produced and syndicated by Wealth of Geeks