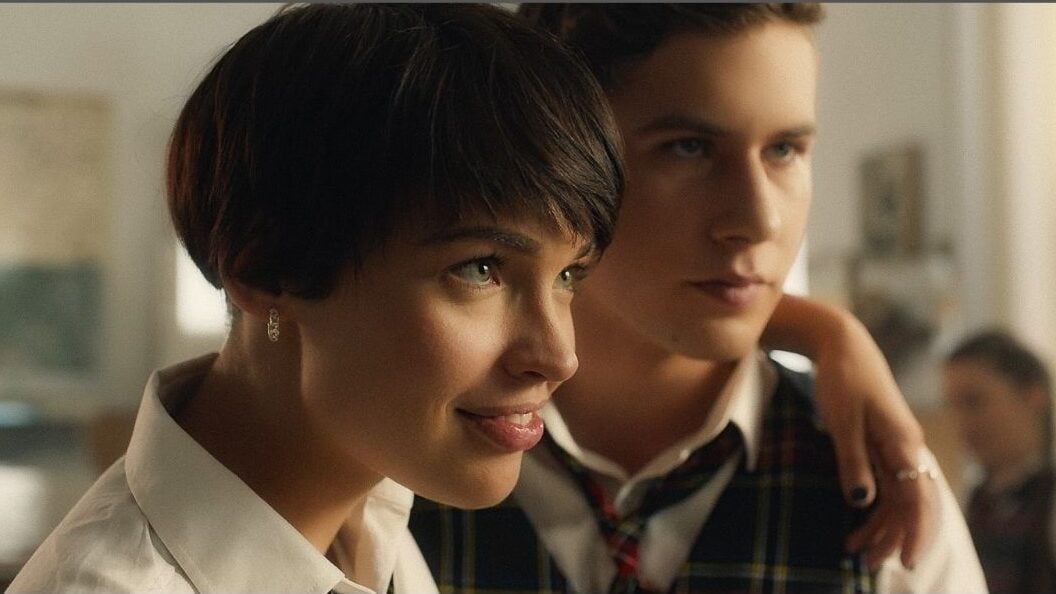 When it comes to movies, I will watch almost anything that pops up on Netflix. I work in the film industry, and I know how much work goes into producing a project, but I also know that sometimes you’re saddled with a flop, and no amount of hard work will fix that.

As a rule of thumb, I give most movies I watch the benefit of the doubt. Every film I watch starts at a ten, and I deduct points as I watch it. Bad acting? Weird casting choices? Terrible plotlines? Deduct, deduct, deduct.

This list of 10 of the worst movies on Netflix is by no means telling you that your favorite comfort movie is bad. If one of these movies happens to be your favorite, more power to you! We all have different reasons why movies hit us in all the right spots. But these movies were just too bad or downright cringey to land on my own list.

There’s been a new trend for Netflix (and other studios) to adapt fanfiction into major motion pictures in recent years. “After” is one of those projects. The film is based on a One Direction story published on Wattpad that is essentially a reader-proxy character who falls in love with Harry Styles. Or Hardin Scott, as he was later renamed for publication purposes.

Now, this movie is not bad because it’s fanfiction. I am all about incredible authors getting their fanworks turned into major publishing deals and movies with their favorite actors in the roles. This movie is bad because it glorifies a really toxic relationship. Hardin is a terrible boyfriend; he’s angry, violent, and verbally abusive when things don’t go his way.

It should really come as no surprise that the follow-up to “After” is also on this list. If people were on the fence about whether “After” was toxic, “After We Collided” assured audiences that it was, in fact, a very toxic relationship. There’s nothing romantic or feel-good about watching an alcoholic boy verbally abusing the girl he claims to love.

There’s also a sub-plot where Tessa (the main protagonist) discovers that her mother is dating her ex-boyfriend, which is just all-around yikes-worthy. There are many incredible works of fanfiction that deserve their chance on the silver screen, and films like “After” and “After We Collided” is not it.

“The Kissing Booth” movies are nowhere near as egregiously bad as the “After” series, but they’re still not exactly good either. These movies are yet another example of Wattpad-to-Netflix projects, and unfortunately, it features an unhealthy dose of toxic masculinity and a violent male love interest.

Despite being an unmitigated mess of a movie, audiences seemed to enjoy the overwrought cliches and cheesy teenage romance on display in the film. Even I’m willing to admit that it had a few okay moments, but the bad outweighs the good.

Three years later and I still have no idea why they over-sexualized Elle, why they chose to have Noah be so controlling, and why they absolutely failed to address sexual assault appropriately.

Much like the sequel to “After,” the second “Kissing Booth” doesn’t exactly improve the glaring issues from the one that came before. Seriously, what parents would let their teenagers spend the summer alone in a beach house? I understand it’s a work of fiction, but what?

I had serious issues with the sub-plots to get Elle undressed in the first movie, and “Kissing Booth 2” carried on the tradition of coming up with the weirdest reasons for her to be barely dressed throughout the movie.

Unfortunately, Noah is just as manipulative and controlling as he was in the first film, and he lightly mocks Elle’s assault from the first film, and there are zero ramifications. Overall, “The Kissing Booth” movies are bad because they glorify all the wrong things for their target audiences.

Netflix really did try to give us a shiny new action film to rally around this year, but in the end, the mindless action just created a fairly lackluster film. The film has a spectacular cast with Anthony Mackie in the lead, but he really deserved better than this film. Set in the near-future year 2036, drones and robot soldiers fight wars. The bad moments far outweigh the interesting and good parts of the film.

If you want to sacrifice your time to robot soldiers and action sequences, “Terminator” is right there. I’m sure “Outside the Wire” found its target audience, but it's just not a great film if you aren’t that target audience.

I am still disappointed by this film. Tom Holland, Robert Pattinson, Sebastian Stan, Mia Wasikowska? That sounds like a recipe for success, but ultimately it was a recipe for disaster. The plot is a mess, the characters are unlikable, and it’s two-and-a-half hours of your life you don’t want to sacrifice willingly.

There are many great storylines, but they’re often rushed, poorly paced, and at best incoherent to the other elements of the film. I really rooted for this film to be a hit, but it was a swing and a miss for everyone involved. One day, I hope Tom Holland finds his way into a non-Marvel film that is actually good and doesn’t involve the brutal death of a dog.

Netflix has a really robust collection of foreign language films that are high on my must-watch list, but “Oh, Ramona!” isn’t one of them, unfortunately. This Romanian coming-of-age teen comedy could have been an entertaining movie, but if it weren’t for the glaringly awful victim-blaming, homophobia, fatphobia, and objectification of women that permeates the entire film.

I always try to be cognizant that I view things through an American lens, but I was led to believe that the use of “r*tard” and homophobic rhetoric is largely frowned upon in most areas. Especially if the film had plans to release across the world. Despite being directed by a woman, the film is wholly centered around the male gaze.

I am a huge fan of the Mötley Crüe and a long-time fan of Douglas Booth’s work, so of course, I was quick to watch “The Dirt” when it landed on Netflix. I was left feeling that it was just “okay.” It’s not a terrible film, but it does fall into many of the same perils and pitfalls of other band biopics. Maybe we’ve seen enough of sex, drugs, and rock'n’roll to last a lifetime.

The 80s aesthetics are great, but the excessive amounts of bad behavior on display doesn’t really offer anything to the plot. If you like the band, you might actually enjoy spending a while with the film, but if you’re just in it to watch a fun biopic about musicians, go watch “Rocketman.”

“The Cloverfield Paradox” feels like a film intended to be released in theaters, but someone realized it was too bad to attempt a theatrical run, so they quietly pitched it to Netflix. It’s been three years, and I’m still not entirely sure what I watched in 2018 and why anyone gave this mess the greenlight. Maybe part of the issue is because the script wasn’t originally part of the Cloverfield universe, and J.J. Abrams thought it could be adapted into the world.

The movie has an outstanding cast (Elizabeth Debicki, Gugu Mbatha-Raw, Daniel Brühl, and David Oyelowo), but even they can’t salvage an outstandingly bad film. There are plenty of better sci-fi films to devote your time to on Netflix.

#10 \\”True Memoirs of an International Assassin\\”

This film is essentially “if Paul Blart, Mall Cop were an international assassin.” Do with that comparison what you will. If you love anything Kevin James is in, then you’ll probably find yourself enraptured with the specific brand of comedy in this film, but I was left thoroughly unimpressed. The humor is weak, the politics are dodgy, and the overall execution of the film leaves an overtly cringey feeling as the credits roll.

If you just want something to have on in the background on a Saturday afternoon, you could do better, but “True Memoirs of an International Assassin” isn’t the worst film you could pick to watch.

As with anything, your taste in movies may not align with my taste in movies. In fact, I may have named your favorite film as one of the worst movies on Netflix. But I tried to approach each of the films on this list, hoping that I would be watching a terrific film. I work in the film industry, I know how much work goes into producing a project, but I also know that sometimes you’re saddled with a flop, and no amount of hard work will fix that.

READ MORE: The Richest Person in Every U.S. State

Here Are the Richest People in Every U.S. State