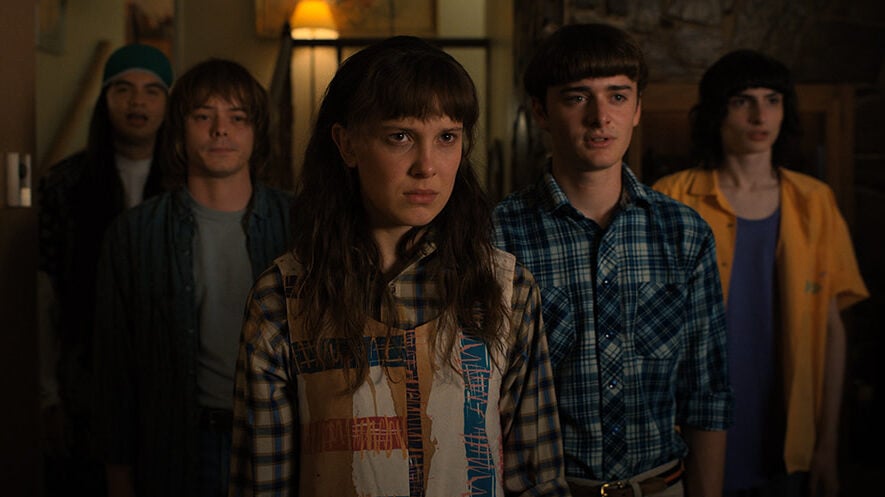 The Duffer Brothers have given us four incredible seasons of a show revolving around the people of Hawkins. But some scenes are hard to watch. Recently a Stranger Things fan asked, “Which scene in all of Stranger Things was the worst, in your opinion?” Other fans weighed in to deliver these top-voted scenes from the series.

Auselessbus answered, “When Jonathan is comforting Will in the pizza shop in season four. It brings me to tears.” “Oh, same the way Will's voice breaks when he tells Jonathan he's always going to be there for him too, and the way Jonathan pulls him into the hug,” said a second fan.

TriPulsar added, “You could tell in Johnathan's voice that he knew, and I think Will realized that, too. It was the first time Will had felt entirely accepted for every part of who he was.”

9. Will and Mike's Fight

A fan noted, “That whole sequence is just so upsetting. First, you can see the happiness and excitement of Will getting sucked out of him as Lucas and Mike don't want to play D&D anymore, and then he destroys Castle Byers. Man.” “I lose it during that scene. I can't even imagine how agonizing and traumatizing that was for Will.”

8. Will Being Rushed to Hospital

Rasberrysam stated, “When Will gets rushed to the hospital after his seizure. The way he screams?? Especially when they ask, ‘where does it hurt the most?' and he screams, ‘EVERYWHERE.' It's also hard to see Joyce sobbing next to him (S2E6).” “Season two was the scariest for me seeing Will in pain and no one doing anything to help.”

One user voted, “Hopper's letter to El. When he said, ‘Please keep the door open 3 inches,' I just lost it—also their reunion.” PrincipalJam added, “Despite how many times I've rewatched season 3, and despite now knowing Hopper's true fate, I always struggle to make it through El reading his letter. And the music makes it even more emotional.”

Salsa0 admitted, “It was when Dustin had to tell Eddie's uncle about Eddie. It sounds basic, but it made me cry.” “That scene always makes me tear up. Dustin, an otherwise joyful character trying his hardest not to break down, and Eddie's uncle, who stood by his nephew this whole time crying, always breaks me.”

5. When El Tries To Use Her Powers

“Probably the worst one would have to be when El tries to use her powers on Angela in front of everyone, and it doesn't work, and they all laugh at her,” said one user. Another added, “That was embarrassing to watch.” Other people admitted it was cringe before another said, “I skip over that so fast in all my rewatches.”

Michael-Balchaitis voted, “Watching Eleven/Jane crying at the Rink-o-Mania after being bullied. That hurt my soul.” “And how she still tried to salvage it by begging Angela to tell Mike it was all just a joke. Poor girl hadn't seen her boyfriend in months, and then she was humiliated in front of him,” replied another.

BreadPanda92 said, “When Eleven had to get the piece of the Mind Flayer removed from her leg.” “By far the worst for me. I could feel my leg in sympathetic pain, and I ran in anxiety around my living room (we had a watch party that year). The near equivalent was Hop with his feet,” confirmed another.

“Depends on what you mean by worst. Seeing Max die in season four was tragic, but Sadie and Caleb acted incredibly in the scene, so it was still a great scene,” one user said. “Actually yelled at my TV during the end scene with Max. I haven't done that in a long time, well, at least for good scenes,” admitted another.

The number one voted response is the heartwrenching scene where Eleven is tormented in her class. “If we're talking about scenes that are just difficult to watch, seeing El get bullied during her presentation would be my vote. I don't usually skip scenes when rewatching, but this one will tempt me,” one user said.

What do you think? Did Reddit get this right, or are there worst scenes deserving of a spot on this list? Check out these most memorable moments from Stranger Things.

Top 15 Women From the 90s Everyone Had a Crush On