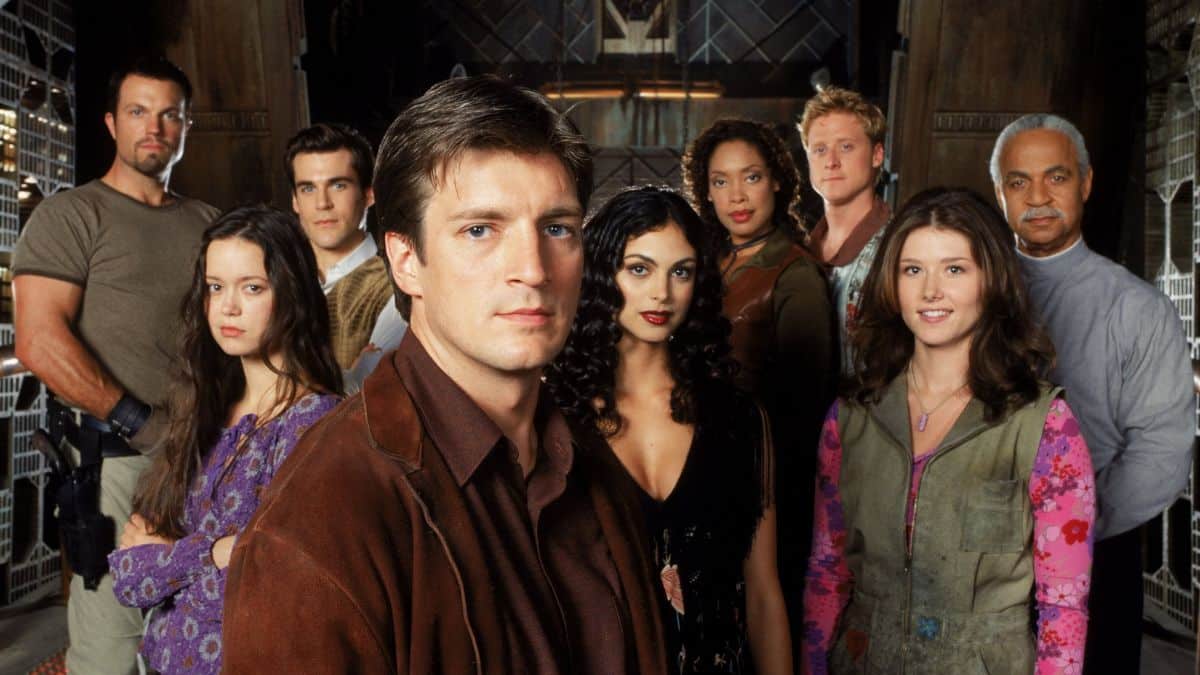 User u/me_rebirth asked Reddit, “The cancellation of which TV show are you still frustrated about?”

And thousands of people cast their votes. Within a couple of hours, these shows are the clear top five cancellations still frustrating disappointed fans.

Reddit user that_guy_iain admitted, “I had to scroll and scroll to find it. It had one of the best first seasons I've ever watched, and then, it was nothing. So it was like, what the heck?”

Finally, Grogenhymer states, “It's been a while, so some people have let the hurt fade and moved on, especially after hearing about a possible pg-rated Disney reboot with new actors and a new story. Firefly was a great season and a movie, and it's all it'll ever be to me. Strolls into the night

Redditor bkendig stated,  “It's such a clever plot: Ned touches somebody dead, and they come back to life; he touches them again, and they die permanently. If he doesn't touch them the second time within one minute, somebody else dies in their place.”

They continued, “His talent proves useful for solving murder cases, but he'd rather be a piemaker. For example, his girlfriend died of suspicious causes on a cruise ship, he touched her to bring her back to life, but now he can never touch her ever again.”

Furthermore, he said, “It has great musical numbers in each episode with great performers such as Kristin Chenoweth. It also won a bunch of Primetime Emmys but was killed by the writers' strike and never made it back to television.

Lastly, they informed, “A graphic novel was supposed to wrap up the story, but it never got published. The star, Lee Pace, played Ronan, the Accuser, in the Marvel movies. Weird to see a simple piemaker as a galactic villain.

Redditor not_a_library adds, “What I really love about the show is how you explain the plot to someone, and it sounds grim and dark. But you watch the show; it is the most wholesome show about murder you've ever seen.”

User UncouthCorvid added, “I love its variety. It had some nice lessons for kids, like the bigotry/racism episode (calling Starfire “Torq”), hilarious comedic episodes, and serious dramatic ones like Terra's arc or that super dark episode “Haunted.”

However, regretfulposts admitted, “Tbh, the show would have ended better if it ended one episode early. The second to the last episode had all heroes throughout the series fighting against the Brain jar villain and his army of villains.

They continued, “It's like the Avengers: Endgame where everyone came together for one final and amazing battle. But then, the following episode tried to make a teaser for a future season. Like there's a girl that looks like Terra, and she may be Terra who somehow broke free from petrification.”

Furthermore, “There's also a new villain who could be just a minion to a bigger threat in a possible future season. I don't care if that episode is about Beastboy trying to move on since the episode is called ‘Everything changed.' That episode brings up some essential questions that we will never know.

Finally, regretfulposts concluded, “I need to know how Terra broke free and if she's connected to that villain. But, again, if it ended an episode early with no new plotlines, I would be more than happy with the show. But that episode soured our taste as we will never get any closure.”

Redditor xtrasponeshot nominated, “Better Off Ted. It was ahead of its time, in my opinion.”

Another fan, Comfortable-Two7798, stated, “I have no idea how they could cancel that show. Perfect casting and one of the funniest shows of all time. It had so many tropes and jokes that they could continue. It boggles my mind how that show never got a chance, but we have so much trash allowed five seasons.”

And user papafrog agreed, “I totally agree. Truly mind-boggling – the characters were so great that it seemed like there was unlimited potential for episode ideas. I could have easily watched them trapped in a supply closet for 30 minutes.”

Reddit user rntopspin100 nominated the show Rome. However, they also elaborated, “The show Rome was canceled after two seasons because the production costs were too high.”

Another fan, 115MRD, agreed, “It's So frustrating because the showrunner had a really fascinating vision for future seasons.

They go on, “The second was going to end with the death of Brutus. The third and fourth seasons would be in Egypt. Fifth was going to be the rise of the Messiah in Palestine.

Finally, 115MRD says, “ But because we got the heads-up that the second season would be it, I telescoped the third and fourth season into the second one, which accounts for the blazing speed we go through history near the end.”

Lastly, Redditor foreverevolt believes Rome walked so Game of Thrones could run. Unfortunately, it ended up running off a cliff.”

The 15 Best Comedy Horror Movies of All Time, Ranked