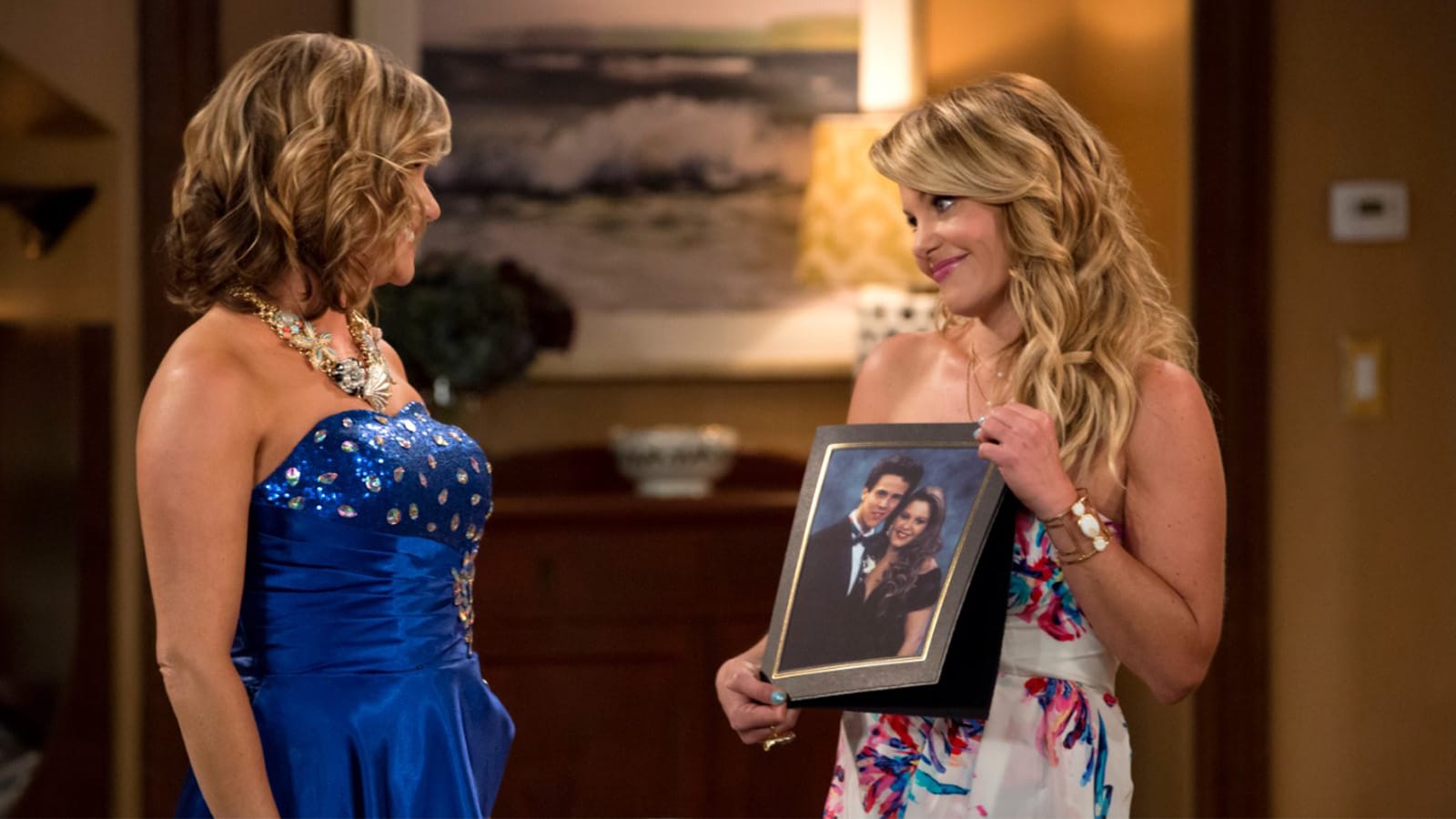 Spin-offs of popular TV series are always a bit of a risk. For every critically acclaimed show like Frasier or Better Call Saul that makes its way to primetime television, there are around 4-5 spin-offs like The Tortelli's.

When looking back at the annals of TV history, decent spin-offs are a rarity, with only a handful of shows successfully managing to forge new ground away from the original series they’re meant to follow. But when a series successfully generates a new place for itself in the eyes of television audiences, it can become just as successful — if not more so — than the actual TV show they are spinning off from.

Here are some of the greatest TV spin-offs of all time, along with several that completely flopped.

After being struck by lightning, forensic analyst Barry Allen (Grant Gustin) finds himself gifted with superhuman speed. Using his newfound powers for good, Barry takes up the mantle of the Flash, a superhero sworn to protect Central City from criminals who mean to do it harm.

Following in the footsteps of The CW’s Arrow, The Flash quickly became one of the network’s most-watched shows. Audiences loved Gustin’s portrayal of the Scarlet Speedster and the show’s more lighthearted tone.

The series’ success eventually opened up the doors for further Arrowverse spin-offs like Supergirl, Black Lightning, and Legends of Tomorrow.

The International Response Team (IRT) is a branch of the FBI that handles global cases involving American citizens. Led by seasoned FBI agent Jack Garrett (Gary Sinise), this team ventures across the world to solve murders, kidnappings, and other violent crimes.

The second attempt at a Criminal Minds spin-off (following the earlier, equally panned Criminal Minds: Suspect Behavior), Beyond Borders lacked the same level of character exploration as Criminal Minds has been praised for.

Adding to that was the uncomfortable depictions of international cultures, which some publications labeled xenophobic, leading to the series’ quick cancellation after two seasons.

Unlike Comedy Central’s original The Daily Show, The Colbert Report leans more heavily on a satirical tone to deliver many of its jokes, having Colbert play an airheaded, narcissistic version of himself that caricatures controversial pundits like Bill O’Reilly.

The show was an immediate hit among television audiences, leading to Colbert becoming one of the main faces of late-night comedy for the next few decades.

Following the death of their matriarch, Roseanne, the Conner family forages ahead, encountering new problems and roadblocks in their daily lives in the fictional suburbs of Lanford, Illinois.

Roseanne was one of the most influential sitcoms of the late 1980s and early ‘90s. Along with more recent contemporary reboots of beloved ‘90s staples like Fuller House, revisiting the Conners in a more modern setting was almost certainly not going to have the same effect as the show’s original run in the decades prior.

Coupled with the controversy surrounding Roseanne Barr in 2018, The Conners served as a spin-off of a rebooted show arguably very few wanted to see in the first place.

Daria Morgendorffer is a quiet, intelligent, but endlessly cynical teenage girl navigating the dramatic world of high school around her. With her best friend, Jane Lane, Daria faces off against the numerous common problems that plague teenagers as she prepares to leave her childhood behind.

Daria is a unique show in that, though a spin-off of Mike Judge’s Beavis and Butt-Head, Judge himself wasn’t involved in the series’ creation, handling over the artistic reigns to Glenn Eichler and Susie Lewis Lynn.

The change in creative direction worked well, with Eichler and Lewis delivering a series that felt drastically different than Beavis and Butt-head, opting for a surprisingly grounded but entertaining portrayal of teenagers’ lifestyles.

Tracey Kibre (Bebe Neuwirth) is an Executive Assistant District Attorney working for the Manhattan court system. Overseeing the homicide division, Kibre and her team investigate murder cases that come to their attention, interviewing witnesses and settling on juries before the case eventually makes its way to trial.

Like most police procedural shows (CSI and NCIS), Law & Order has seen several spin-offs over the years. While each one of these series has had varying levels of success, Trial by Jury was by far the least popular among longtime Law & Order fans.

The idea of a show focusing on the criminal trial aspect of the court system was an interesting one, but not even the return of Law & Order original character Lennie Briscoe was enough to save this show from cancellation.

After coming to terms with his separation from his wife, psychiatrist Frasier Crane (Kelsey Grammer) returns to his hometown of Seattle in the hopes of starting a new life for himself as a radio advice giver.

Capitalizing on the popularity Grammer’s Frasier enjoyed throughout Cheers’ run, Frasier was an immediate critical success for NBC, spanning a total of 11 seasons and over 260 episodes.

Commonly hailed as one of the greatest spin-offs in television history, the renewed success of the series (thanks to its presence on Netflix) has even led to Paramount+ requesting a Frasier revival for the future.

Struggling to raise her three young boys by herself, D.J. Tanner-Fuller (Candace Cameron Bure) moves back in with her father, Danny (Bob Saget), reconnecting with her family and friends from the comfort of her childhood home.

Looking back, Full House is steeped in enough ‘90s feel-good nostalgia to prevent it from fading completely from memory alongside other, similarly-veined ‘90s shows.

However, Netflix ultimately pushed its luck when it came to Fuller House — a reboot that might have sounded promising at first, but was based too heavily in the original series, leaving little room for fans unfamiliar with Full House.

Making a name for himself in the dry cleaning business, George (Sherman Hemsley) and Louise (Isabel) move to Manhattan, with George tending to the five locations of his growing business.

Introduced as the neighbors of All in the Family’s Archie Bunker, the Jeffersons were an interesting couple that — like Kelsey Grammer’s Frasier — seemed a perfect choice to build an entire show around. And fortunately, audiences felt the same way, with The Jeffersons running for a total of 11 seasons from 1975 to 1985.

The second longest-running TV show to feature a primarily Black cast and the first series to feature an interracial couple, it’s one of the most revolutionary sitcoms ever made, focusing on a Black narrative with explorations of sometimes serious subject matter (such as racism, alcoholism, and depression).

Set in 1980s San Diego, a group of twenty-something-year-olds work through menial jobs in the hope of one day finding their place in the world.

Be honest, you probably didn’t even realize there was a spin-off of That ‘70s Show called That ‘80s Show. And looking back at the content of the spin-off’s single season, it’s probably not an accident that most people tend to forget about it in the end.

Compared to the groundbreaking popularity of That ‘70s Show, it was a cheap imitation meant to cash in on That ‘70s Show’s success, containing bland humor and poor production values.

Best: Star Trek: The Next Generation

One hundred years after the events of Star Trek: The Original Series, The Next Generation follows the newly-introduced crew members of the USS Enterprise-D as they venture to the far ends of the universe, boldly going where no man has gone before.

The popularity of the series paved the way for virtually every Star Trek spin-off that followed, from Deep Space Nine and Voyager to Discovery and, of course, Picard. We owe it all to The Next Generation for inching the door open in the first place.

Leave the Orginal Be

M*A*S*H was one of the premiere sitcoms of the 1970s and ‘80s, balancing an overall humorous tone with the sometimes shockingly darker side of the 1950s’ Korean War.

With how important and praised a show M*A*S*H was, AfterMASH was almost destined to fail, the show suffering greatly from the absences of main stars like “Hawkeye” Pierce (Alan Alda) and the more emotional undertones of the original series.

Jimmy McGill (Bob Odenkirk) is a reformed petty criminal turned ambitious defense lawyer trying to make a name for himself in Albuquerque, New Mexico. Set shortly before Breaking Bad, the series chronicles McGill’s fall from a generally kind-hearted lawyer into the morally bankrupt Saul Goodman we see in Breaking Bad.

Better Call Saul had some immensely big shoes to fill when it came to following a series as critically acclaimed as Breaking Bad. Fortunately, the series’ more fleshed-out focus on Saul Goodman and Mike Ehrmantraut (Jonathan Banks) established the series as narratively and stylistically different enough to avoid unfavorable comparisons to Breaking Bad.

And in the end, amazingly, showrunner Vince Gilligan managed to catch lightning in a bottle not once but twice with his two wonderfully-reviewed crime series.

Resolving to break into the film industry, Joey Tribbiani (Matt LeBlanc) moves out to Los Angeles, reconnecting with his family members and attempting to make it as a professional actor.

Love it or hate it, there’s no disputing Friends’ popularity among television audiences, the show even now seeing serious viewership numbers among current viewers today.

For as great Joey was on the show, an entire spin-off series focused around him didn’t have the same appeal as Friends had previously. Joey was always great when paired with Chandler or Rachel or any other cast member on Friends. Seeing him on his own show just wasn’t the same. The Simpsons are a dysfunctional, middle-class family in the fictional town of Springfield, regularly encountering the town’s most eccentric inhabitants and more than a few celebrities.

Most people tend to forget that The Simpsons actually began as a recurring segment on The Tracey Ullman Show. Owing to the popularity those shorts received, Fox took a chance in developing the concept into its own weekly half-hour-long show.

The rest, as they say, is history. Before long, The Simpsons became one of Fox’s most-watched shows, still going strong on the network over three decades later.

Make These Year-End Financial Moves To Reduce Your Taxes

Are Republicans Falling Out of Love With Trump for 2024?